Wildlife Photography Guide to Surrey in the UK 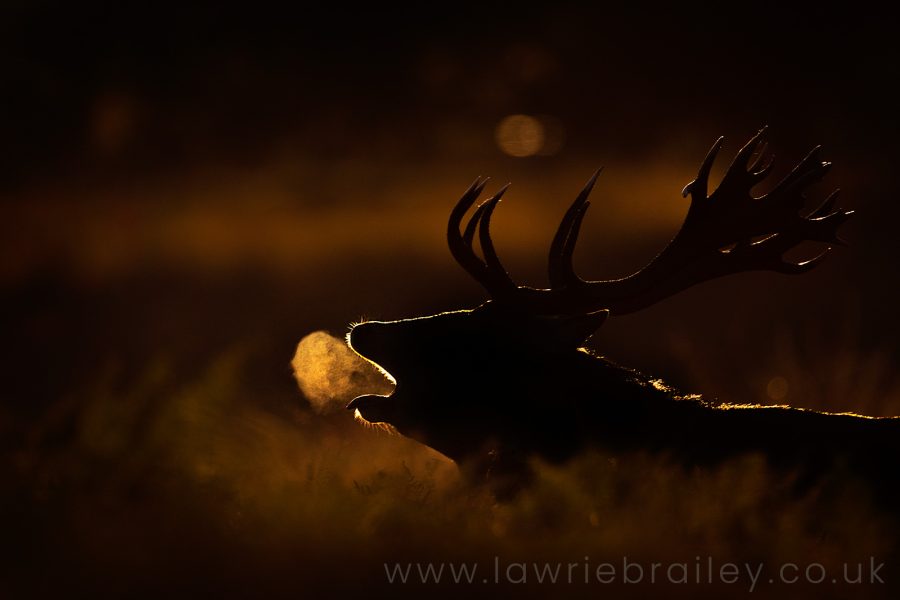 With the help of this wildlife photography guide to Surrey, you’ll soon see that the county offers some of the best opportunities for photographing the beauty and diversity of UK wildlife.

Despite only being a stone’s throw from London, Surrey takes the top spot as the most wooded county in England. With 24% of the land taken up by trees, it is a haven for wildlife and plays host to some of the most spectacular wildlife sites the UK has to offer. 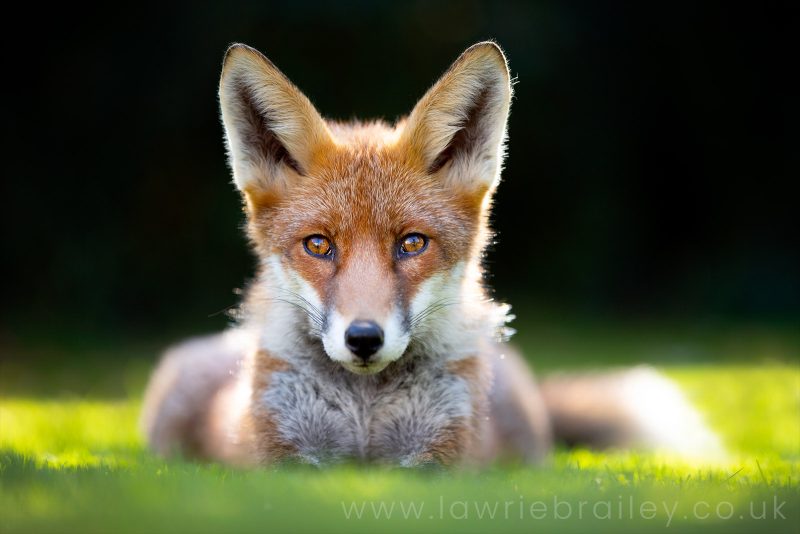 These all offer a massive selection of opportunities with everything from the tiniest insect to 200kg+ red deer.

Whilst most areas are likely to provide a great wildlife sighting if given enough time, the following are a few great places to start.

With wild animals being a little more unpredictable (and to avoid extreme disturbance due to heavy traffic), this list does not contain overly specific locations, but I would highly recommend spending time exploring each one!

Although technically just over the border into Greater London, the Royal Parks are probably some of the most well-known wildlife locations in the UK. 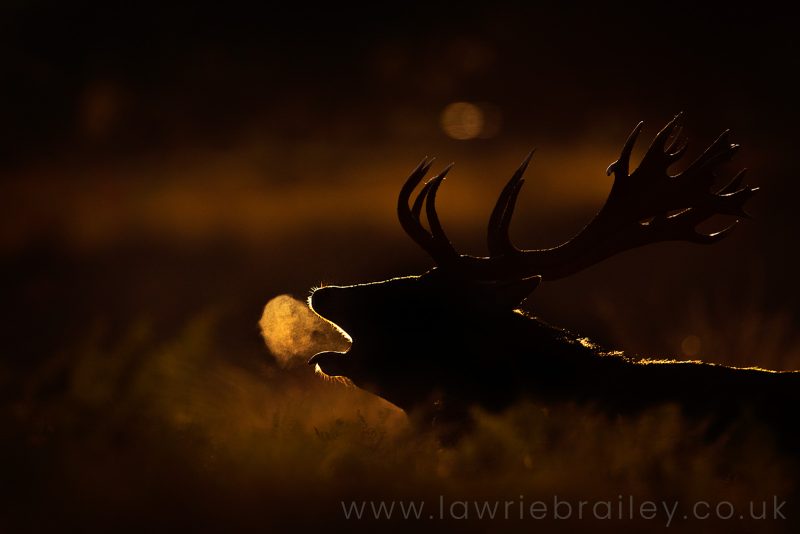 Spanning an incredible 3,500 acres between them, they are best known for one thing more than anything else. Deer.

With hundreds of red and fallow deer roaming both sites, many photographers make the annual trip to observe the rut – the breeding season from mid-September to November.

Despite the shared goal, both species go about it in very different ways.

The larger red deer form ‘harems’ of multiple females with a single large stag in charge. The smaller fallow form a larger group of females (‘does’) with several males (‘bucks’) vying for position around the edges.

If you are interested in this spectacular event, then I highly recommend reading Sam Rowley’s great guide on ‘How to Photograph the Deer Rut in Richmond Park’.

If deer aren’t your thing (they can be a controversial subject with some wildlife photographers), then both sites are home to dozens of other species, including kestrels, little owls, foxes, stonechats, herons, swans, and even badgers.

With access available to both sites from the early hours (gates for car access open at dawn – it’s worth checking times if you plan to drive), it’s a great place to watch the sunrise through the winter mist. 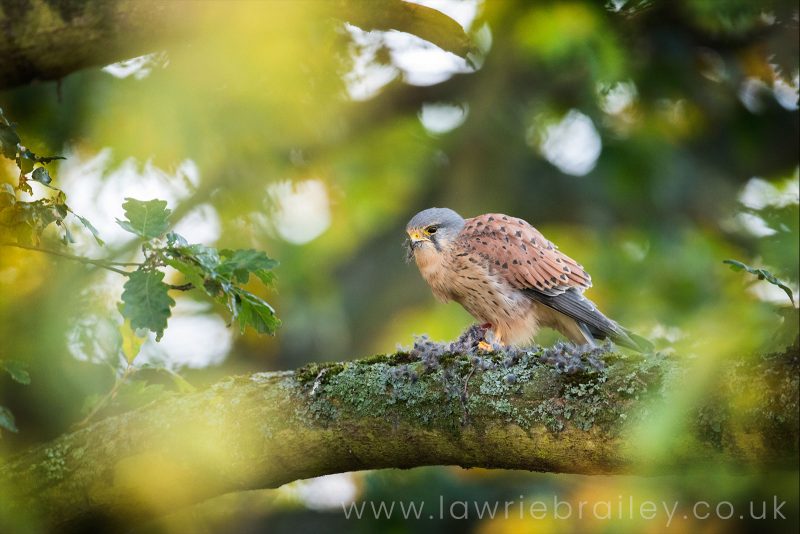 Both sites provide a huge variety of opportunities, and lenses ranging from a simple 70-300 to 600mm+ can bring some great shots (I would suggest 400-500mm to avoid disturbance).

But make sure to give these creatures the respect they deserve and keep back.

Not only do you avoid the risk of a 200kg testosterone-fuelled set of antlers heading straight for you, but you’ll often get much better behavioural shots when they don’t feel under threat.

Read more: How to Photograph Deer at Bushy Park

One of the worst-kept secrets in Surrey, Papercourt Meadows is part of the larger Papercourt SSSI run by the Surrey Wildlife Trust.

With parking available on the main road, it’s only a 15-minute walk past Papercourt Lock to get to the main fields. Once you’re there (bring wellington boots – especially in the winter) then it’s just a waiting game for the locals to show themselves. 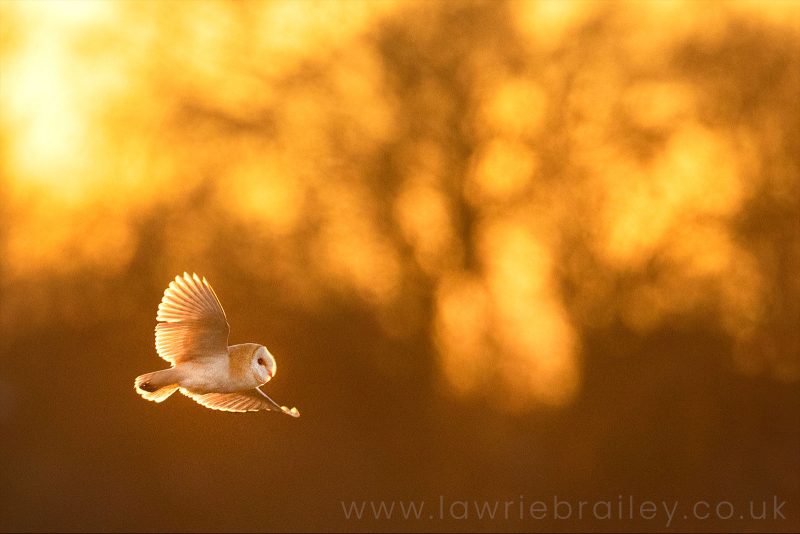 Although many other species call this land home; including roe deer, swans, kingfishers, and more, the main attraction is definitely the owls. Papercourt is home to little owls, barn owls, and (in the winter months) the magnificent short-eared owls.

Visiting during the crepuscular hours (dawn and dusk) can often lead to a sighting that will stay with you for quite some time! Another tip is to visit after a wet evening as barn owls lack waterproof feathers and will not usually hunt in the rain.

Although you may get lucky with the evening light, be prepared to crank your ISO higher as the light begins to fade, and focal lengths of 400-500mm are recommended to get closer shots. 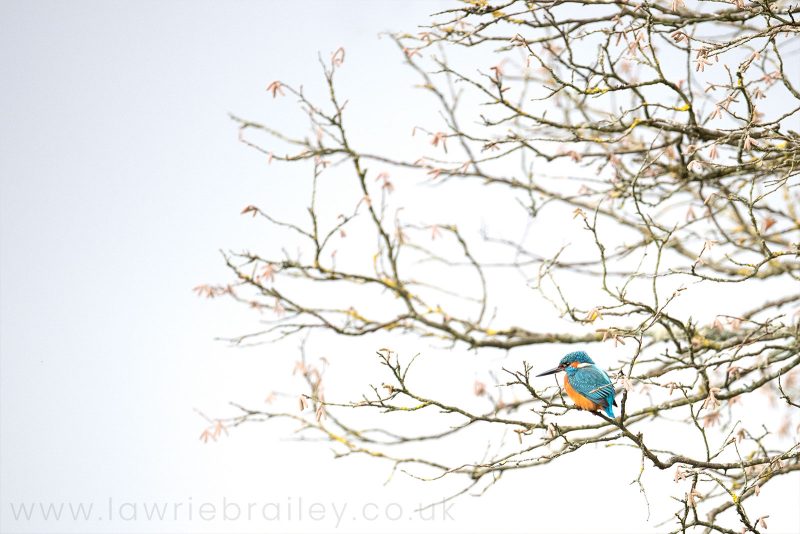 Read more: How to Expose Wildlife Photos at Dawn and Dusk

Exploring slightly further afield, the lakes used by Papercourt Sailing Club are a perfect habitat for a huge variety of bird species.

With swans, black-necked grebes, herons, and several duck species frequenting the lakes, the surrounding area is a haven for nesting birds.

By paying close attention to their movements and learning their behaviours and routines, you can get some incredibly intimate views of behaviour that are not often seen. 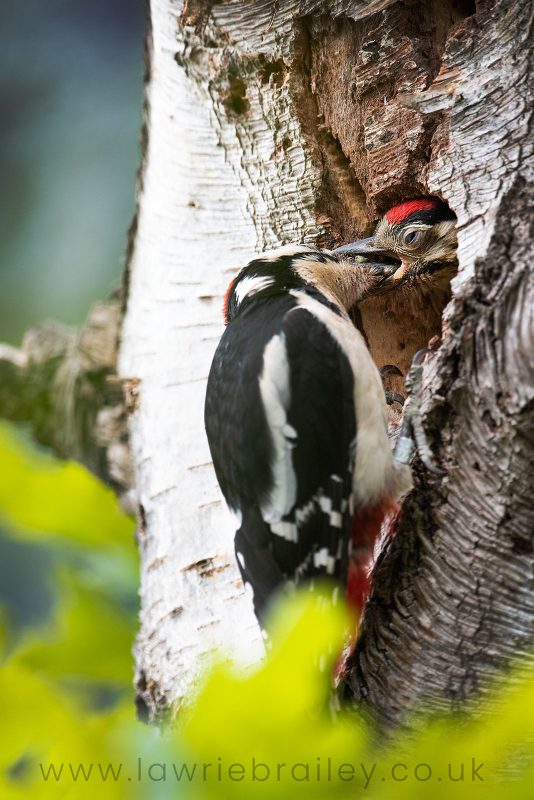 Of course, if you intend to take images of birds at the nest, make sure you put their needs first and do not disturb their activity or get too close.

Some species on the Schedule 1 list (like kingfishers, marsh harriers, or redwings) require a license to photograph their nesting habits, so be sure to research accordingly.

With the 9 million+ residents of London just around the corner, it’s not a surprise to find that a reasonable amount of Surrey is urbanised.

Although urban environments can be looked down on when it comes to wildlife photography (fortunately this attitude is quickly changing), these streets are home to a fascinating subject to photograph – urban foxes. 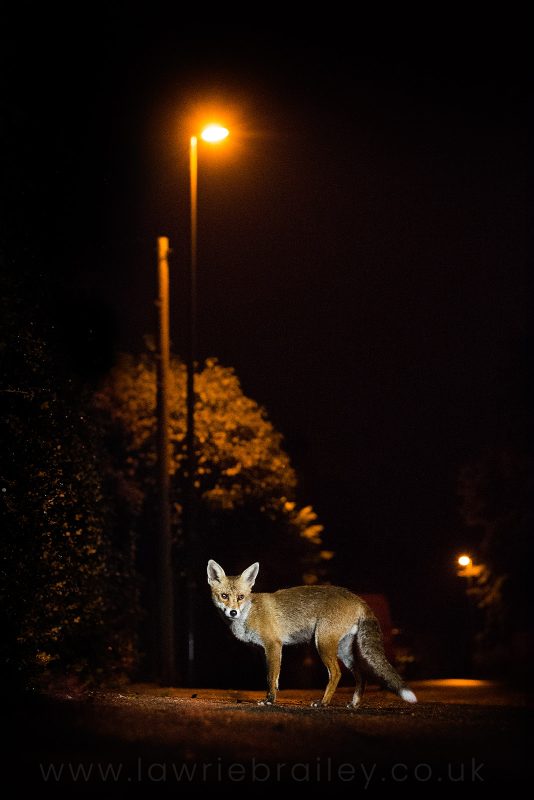 One of the UK’s most recognisable mammals, the red fox is one of the most misunderstood creatures in the UK. After almost ten years of following urban foxes, I have never once seen anything that justifies their media reputation.

Trying to learn about their moonlit lives has probably been the most rewarding project I’ve ever done.

Like many areas in the UK, Surrey streets are home to foxes, deer, badgers, and more, and their night-time antics make fascinating subjects for photography.

Whilst most streets will host a furry orange visitor, you can check for a good location by looking for well-worn pathways through hedges and grassland.

These are great places to start, and you can even make use of a trail camera to work out the most active times. Be prepared for a late night though, because most fox-patrol-routes won’t be too active until past midnight!

These animals are very sensitive to noise and movement, so try to minimise both by keeping low and still, and by using a quiet or silent shooting mode if you can. 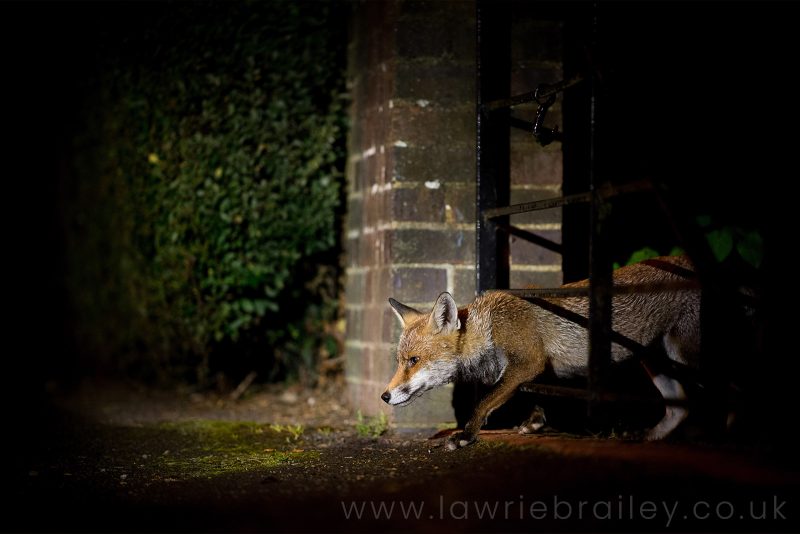 Although you may get away with something like a 70-200mm f/2.8 lens if your camera is good at higher ISOs, I’ve found that fast prime lenses like the Nikon 105mm f/1.4, the Canon RF 135mm f/1.8, or (the one I use) the astonishingly sharp Sigma 135mm f/1.8 Art give a nice balance of context whilst still giving a lot of separation.

The use of flash with nocturnal animals is a hotly debated topic, but it’s not something that I am comfortable with.

If I need a little extra light on a scene, I’ve found a small handheld torch covered in a filming gel (usually a ‘CTO’ gel to match the tungsten streetlighting, or a ‘CTB’ to match newer LED lights) works well whilst not resulting in possible temporary blindness.

If there is one thing Surrey has in abundance, it’s nature reserves! 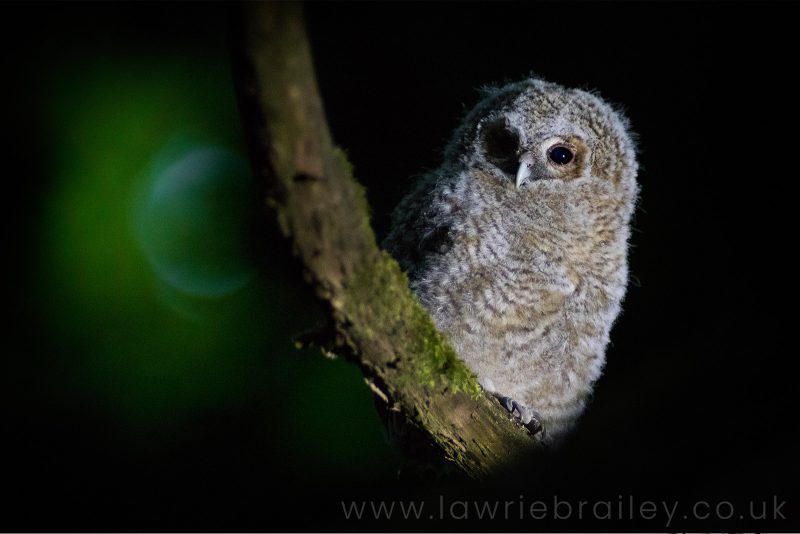 Whether it’s larger, more established locations like RSPB Farnham Heath or smaller locations run by small volunteer teams, these areas provide a haven for wild animals of all shapes, sizes, and colours.

If birds are your thing, then definitely don’t discard the smaller nature reserves. Well-run reserves like Warnham Nature Reserve in Horsham offer a fantastic variety of hides and open locations with many species regularly making appearances.

Smaller species like blackcap, treecreepers, and great-spotted woodpeckers are much easier to find, as are the sparrowhawks, kestrels, and more that rely on them as a food source. 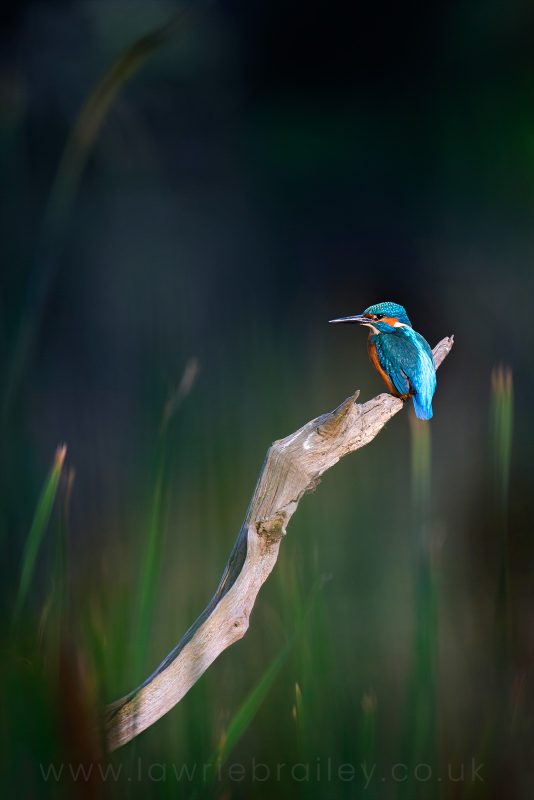 If you’re lucky, many of these sites offer the chance to see the infamous ‘blue flash’ of a kingfisher hunting for food. Keep patient and try to pick a day with little wind – kingfishers tend not to hunt when they can’t see below the water’s surface – you may get to see one of the most beautiful little birds in the UK.

As with most small bird species, patience, and a longer focal length lens (ideally 500-600mm) will help a lot in getting close-up views, but don’t overlook a wider view occasionally.

If your fieldcraft and lighting are good, a wider view can yield some unexpectedly favourable results!

Read more: How to Harness Light in Bird Photography

Not much of a bird lover? Do not fear as there’s still a lot on offer!

Locations like Reigate Heath, Epsom Common, and (probably the most well-known) Thursley Common offer fantastic opportunities to get up close and personal with the three species of snake and three species of lizard that call the UK home.

Locations for these stunning creatures are a closely guarded secret, especially with the rare sand lizard. But with the right research, respect, and fieldcraft they can be tracked down. 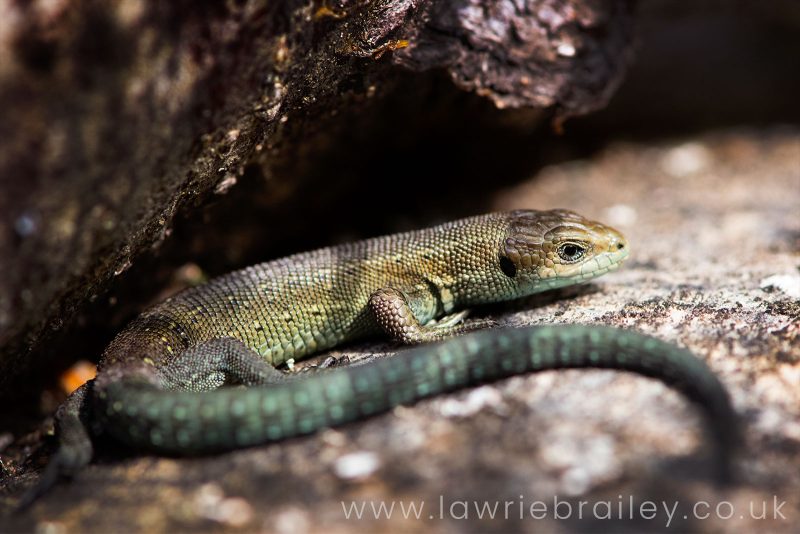 Whilst a longer macro lens (like the 105mm or 200mm macro lenses from Nikon, or the 100mm macro lens from Canon) will help with getting detailed shots whilst keeping a respectful distance, a 70-200 can also work very well.

Just make sure you read up on the laws surrounding the species you want to track down.

Read more: How to Photograph Reptiles in the UK

Whatever your photographic interests, Surrey will always have something to offer even the most experienced photographer. Its very nature makes exploring these locations and learning their secrets incredibly rewarding, and the results are certainly worth it!

Regardless of where you start your search, knowledge of your subject and what signs to watch out for are paramount. Before heading out, read into their calls, behaviours, or markings to give yourself a much better chance out in the field.

Some animals will only appear during certain months, or under certain weather conditions, and this makes finally tracking one down much more rewarding.  Hopefully, this has piqued your interest, and welcome to one of the UK’s hidden gems!