How to Photograph Animals in Their Habitat 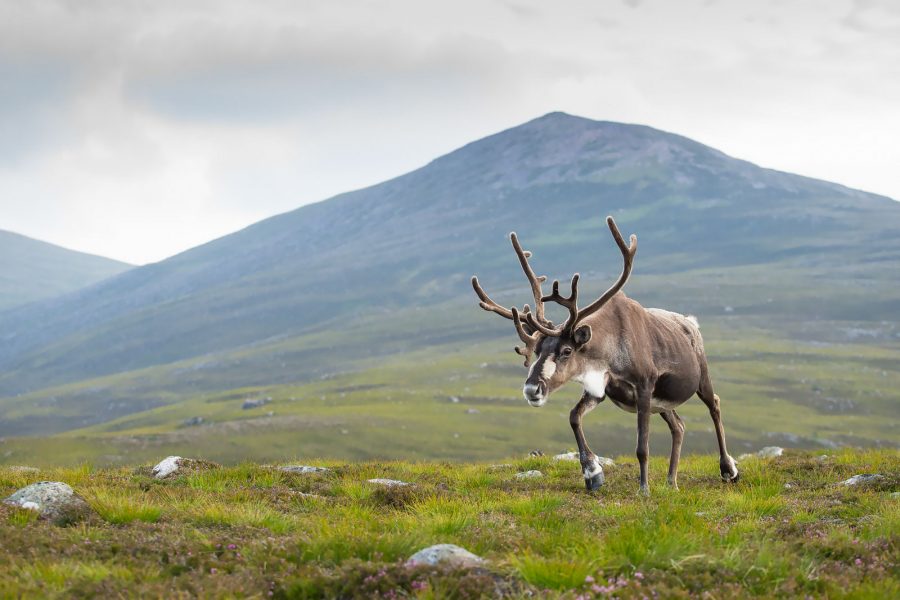 Home » Photography Tutorials » Wildlife » How to Photograph Animals in Their Habitat

Nature photography, like most things in life, is constantly changing as trends come and go. Ideas about what makes a ’good’ picture both from our own perspective as well as in the wider photographic community also changes. Styles that were once considered cutting edge are now mainstream, while others previously considered standard may have all but disappeared. The improvements in equipment and technology have played a big part in shaping the evolution of nature photography over the years. In a short space of time we have moved from manual to autofocusing; film to digital; 5Mb to 50Mb sensors; and 3 frames per second to 14fps to name but a few.

Arguably all of these changes are eclipsed by the introduction of fast super telephoto lenses back in the 1980s. This brought about a sea of change in the way that wildlife photographers captured their images. Prior to this, it was very difficult to get close enough to many species to get a decent picture. But once photographers increased their armoury, then suddenly species that had previously been out of range became fair game and the approach to capturing wildlife images changed radically. It was now possible to fill the frame with stunning close-up portraits of birds and animals where every feather or whisker could be seen in brilliant detail. This was a revelation and close-ups of wildlife became the ‘standard’ for most photographers.

Not only do super telephoto lenses allow you to capture intimate wildlife portraits, but the constraints imposed on the way that an image is captured in regard to depth of field also changes drastically as focal length increases. Backgrounds and foregrounds are thrown out of focus to the extent that by using a wide aperture of around f/4, the animal’s surroundings become a homogenous ‘mush’ of colour with little or no detail. This can be used to great effect to make the subject stand out form it’s surroundings to give it greater emphasis.

As wildlife photographers, we have become somewhat wedded to long telephotos and to the style of capturing close-up portraits. But the advantage of using a long telephoto lens to blur the background is also one of its drawbacks in as much as the surroundings become totally secondary to the subject, making it barely recognisable. Ergo, the subject has no context. In situations where it would be beneficial to include the surroundings as an integral part of the picture, the use of a long lens at close working distances is therefore a definite disadvantage. It is for this reason that many photographers are now using wide-angle lenses to shoot wildlife subjects, often using remote triggers and camera traps to capture their images.

This approach is great in situations where you want to show the subject quite large in the frame, as well as including the background to show the animal within its environment rather than isolated from it. It has been used to great effect in recent years to show animals in a completely new way and to capture images that would otherwise be very difficult, if not impossible, to record (in the case of camera trapping). As with everything though there are limitations to the technique and it does require some specialist, often quite expensive equipment.

There is another alternative that falls somewhat between these two extremes and that is to use a telephoto, which could be anything from 70mm to 600mm, and to shoot the subject from an appropriate distance so that the surroundings are at least recognisable even if they may not necessarily be pin sharp. This approach allows you to add context to the photograph by placing the animal in its habitat, but to do so in such a way that the subject doesn’t become too small or insignificant in the frame. Otherwise, the picture will look as though you simply couldn’t get close enough to the subject to get a decent shot. There is a fine line between the latter and achieving a well-balanced picture where the subject remains a strong focal point within the context of its surroundings.

In order to achieve this, the subject needs to be well composed within the frame so that it stands out sufficiently to draw the eye. This is not necessarily easy to achieve because when you are including more surroundings, the picture becomes more complex with different elements competing for attention. It’s therefore important to avoid unnecessary clutter that distracts from the subject, but at the same time include enough of the surroundings to give the picture a defined structure. One way to help the subject stand out is to place it against a plain part of the background. Even in quite a complicated background there may be a patch of plain colour where the subject will stand out more clearly. Placing it against the sky is one way to do this, but try to avoid the horizon cutting through the subject as this is also distracting.

Sometimes a picture can be more cryptic in nature so that the animal isn’t immediately obvious. This contradicts what was said above, but nevertheless can work very well. The perfect example is when an animal is partially hidden or camouflaged within the landscape. In these kinds of images you are trying to add intrigue, thereby encouraging the viewer to examine the picture more closely.

Focal length and the camera to subject distance quite obviously determine the size of the subject in the frame, but these parameters also influence depth of field and therefore how much of the picture is in focus. Depth of field increases as focal length decreases – i.e. when you’re using a shorter lens, and when the distance between the camera and the subject increases. Depth of field is also affected by aperture, increasing as the aperture narrows (the f-stop number increases). Therefore, by applying one or more of these parameters, it is possible to increase depth of field and record more of the scene in focus, as is usually the case when shooting landscapes.

The same logic applies to shooting animals in their environment, since essentially you’re taking a landscape shot with an animal as the main focal point. However, it may not always be advantageous to have everything in focus since this can, as alluded to earlier, make the subject blend with the surroundings and become lost, lessening the impact of the shot. In which case, a mid-aperture setting of f/8 may be better.

There are no set rules to this kind of shot and the subject may occupy only a very small part of the picture space whilst still being effective. Similarly, the focal length that you choose to photograph animals in their environment may vary considerably. It’s important to remember that a 200mm from mid-range will give a very similar result to a 600mm at a far greater range if the subject is a comparable size in the frame. The only drawback from shooting from long distance is atmospheric haze, which can soften the picture, but in clear light the results will be fine. Generally, a mid-telephoto lens in the range 70-200mm or 100-400mm provides a good choice of focal length to allow for different compositions to be made – without the need to get really close to the subject.

Larger subjects tend to be easier to shoot using this technique because of their relative size to the surroundings. The one thing to really bear in mind is that the principal idea behind this technique is to create a ‘picture’ rather than a record shot of the subject.

There is a distinct difference between the two and for a picture to work there needs to be a harmonious relationship between the subject and the surroundings that combines good composition, use of colour, lighting and shape to create a successful end result. This is as much about landscape photography as it is about wildlife photography. If you enjoy shooting both then this approach may be the way to go!