The Challenges of Camera Trapping in the Amazon 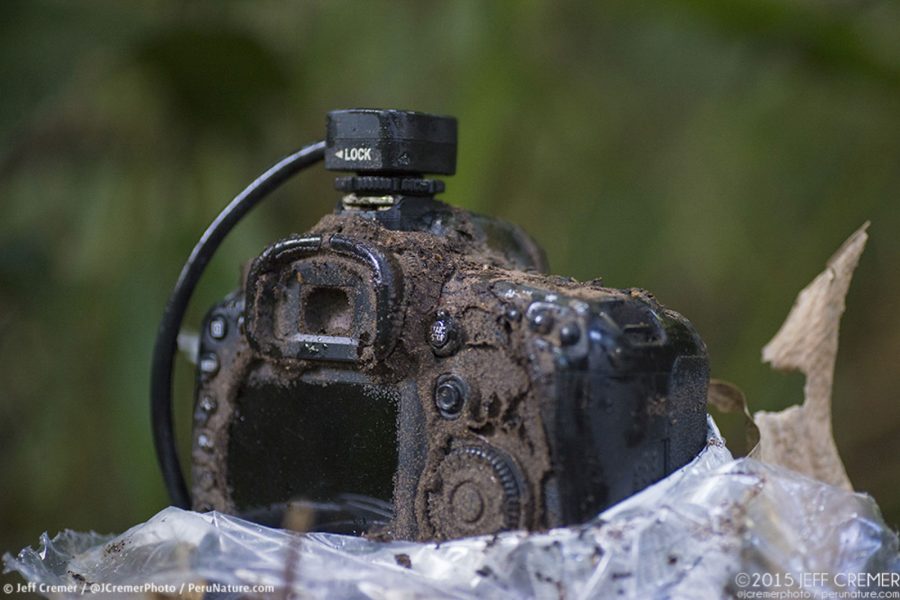 Home » Inspiration » Wildlife » The Challenges of Camera Trapping in the Amazon

“I was 25 and working for an engineering company in Phoenix, Arizona. I spent all day inside in a far flung corner of this building answering emails and completing mind numbing tasks in Excel. I knew then that it wasn’t for me, and so I left the company and moved to Costa Rica.”

Jeff Cremer hasn’t always wanted to work in nature, let alone in photography – both were more recent developments. By his own admission, for the majority of the time he had never even considered the possibility of working in a field he currently flourishes in. That all changed in Costa Rica. 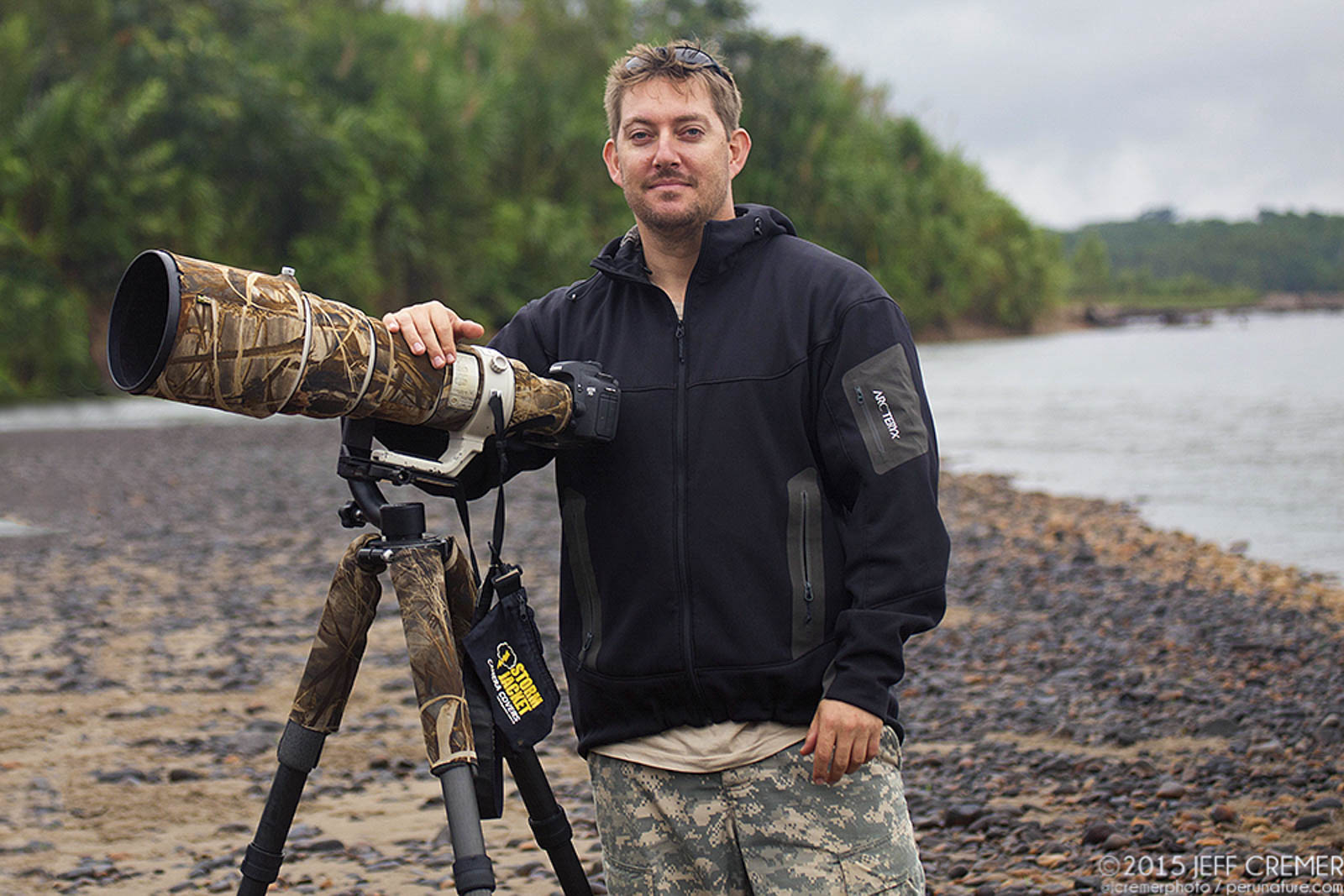 “I used to go out into the jungle everyday, just to walk around and look. I had no idea what I was looking at, but I had a little point and shoot camera and I had fun.” 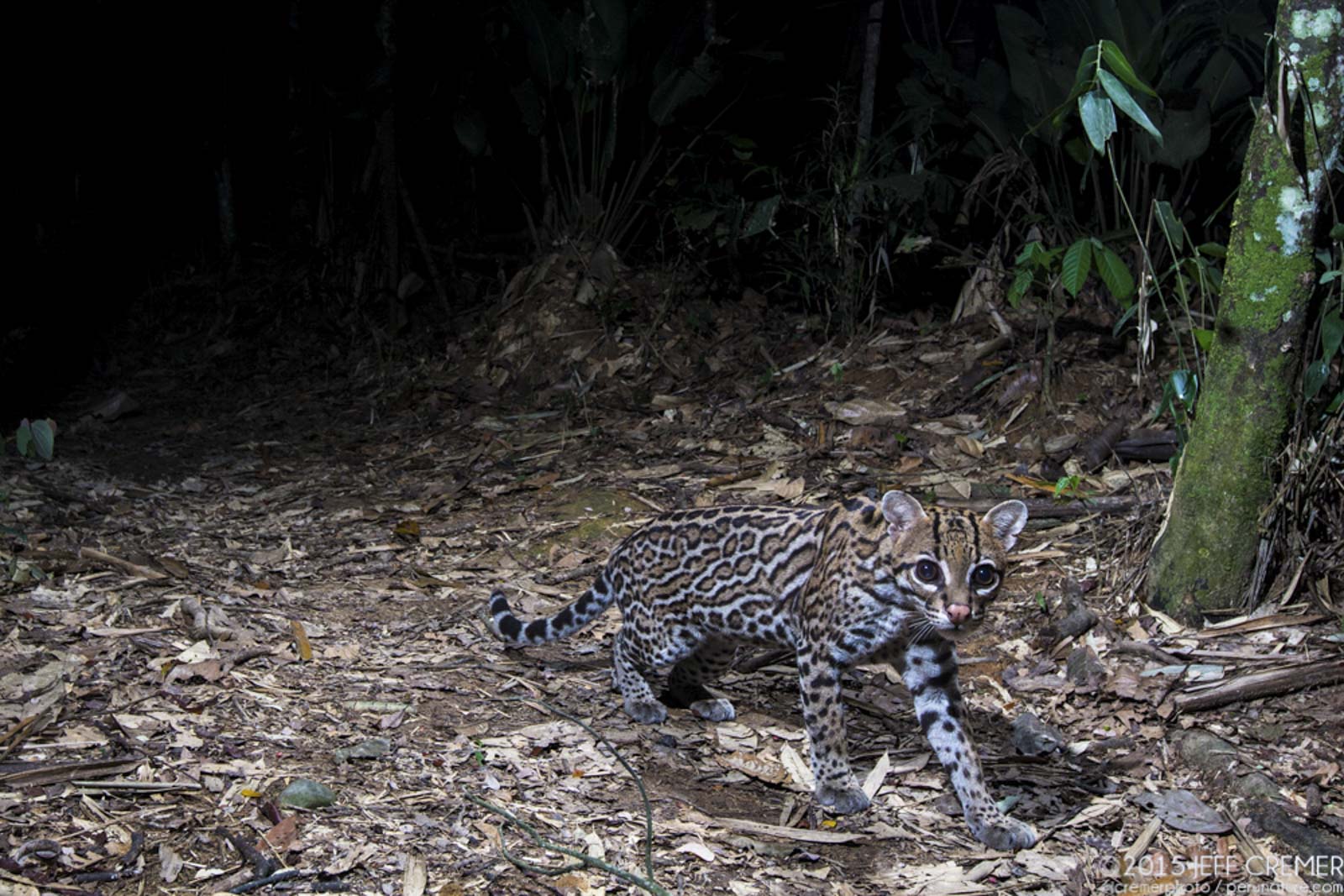 Book by book and image by image, Jeff started to learn more and more about what he was seeing and photographing around the jungle. A hobby turned into a passion, and that passion became a career.

“I got lucky,” Jeff admits, “I was able to travel to different places in South America and continue to take photos. I decided to give it a go, and became the marketing director of an eco-tourism business in the Peruvian Amazon.”

Most of Jeff’s work now revolves around photography and showing off “all the cool stuff that lives in the rainforest”. Whether that’s leading photography tours, taking images of the landscape around him or his big passion – camera traps.

“All the pictures that a camera trap takes are really awesome because they are usually of very rare animals, but it’s hard to pick any image or animal that’s a favourite. A lot of the fun with camera traps is the surprise that you get when you check the camera and see all the different animals that you captured.” 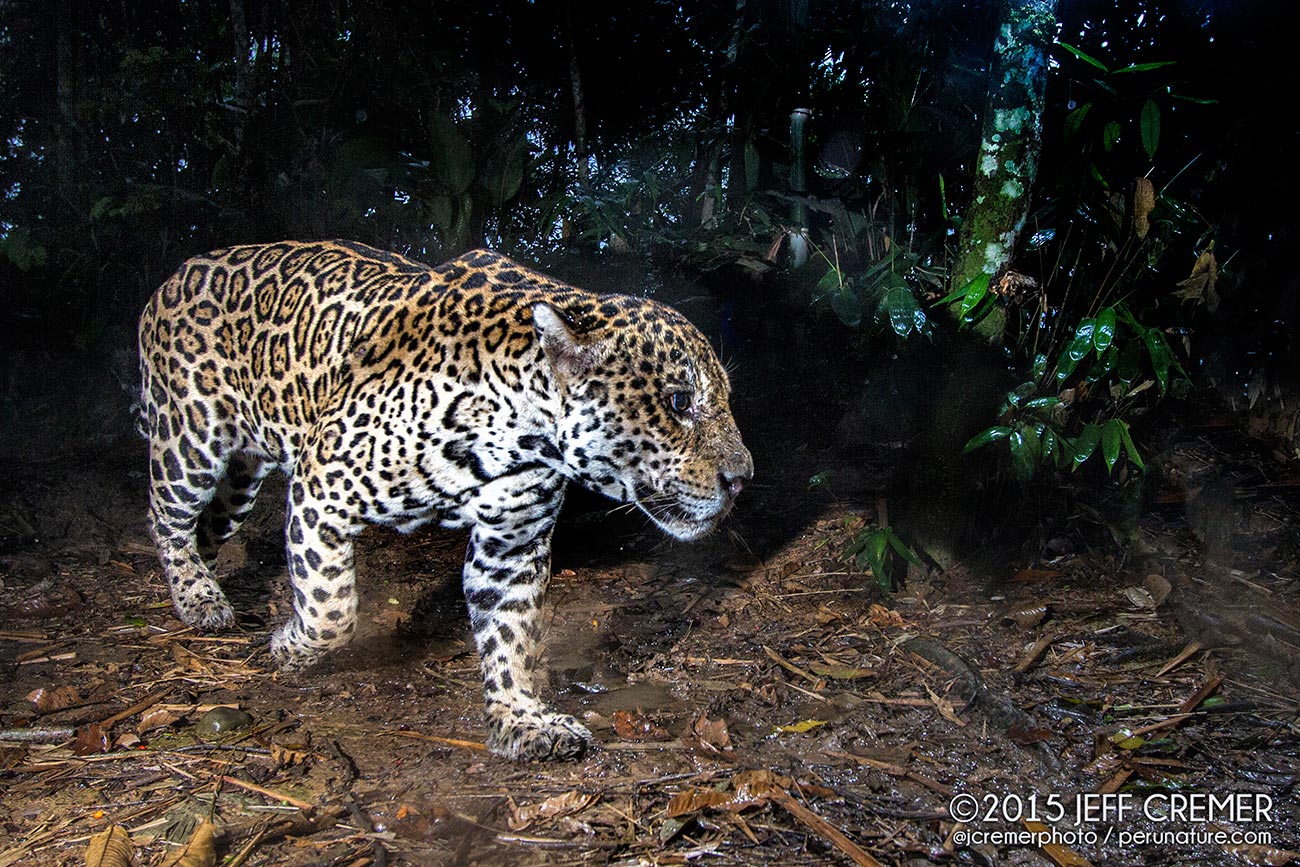 For those who don’t know, camera trapping involves setting up motion sensors, a DSLR and flashes, and then waiting. They can be left for hours, days or even weeks in the hope that usually camera shy subjects will trip the sensors and allow for images that would impossible to take otherwise. The technique might seem alien to some photographers, with some who think that it’s an ‘easy’ or ‘cheat’ alternative to traditional wildlife photography. This dismissive attitude is dated and simply wrong. Camera trapping is not only challenging but also, as Cremer’s images show, a fantastic method of capturing stunning wildlife images.

Jeff admits that part of the camera trap experience is the challenge, and he’s experienced a fair few. One camera trap fell foul to a jaguar playing with the motion sensor wires; another when a colony of termites built a nest inside the camera. Neither gained quite as much attention however, as one widely shared encounter. 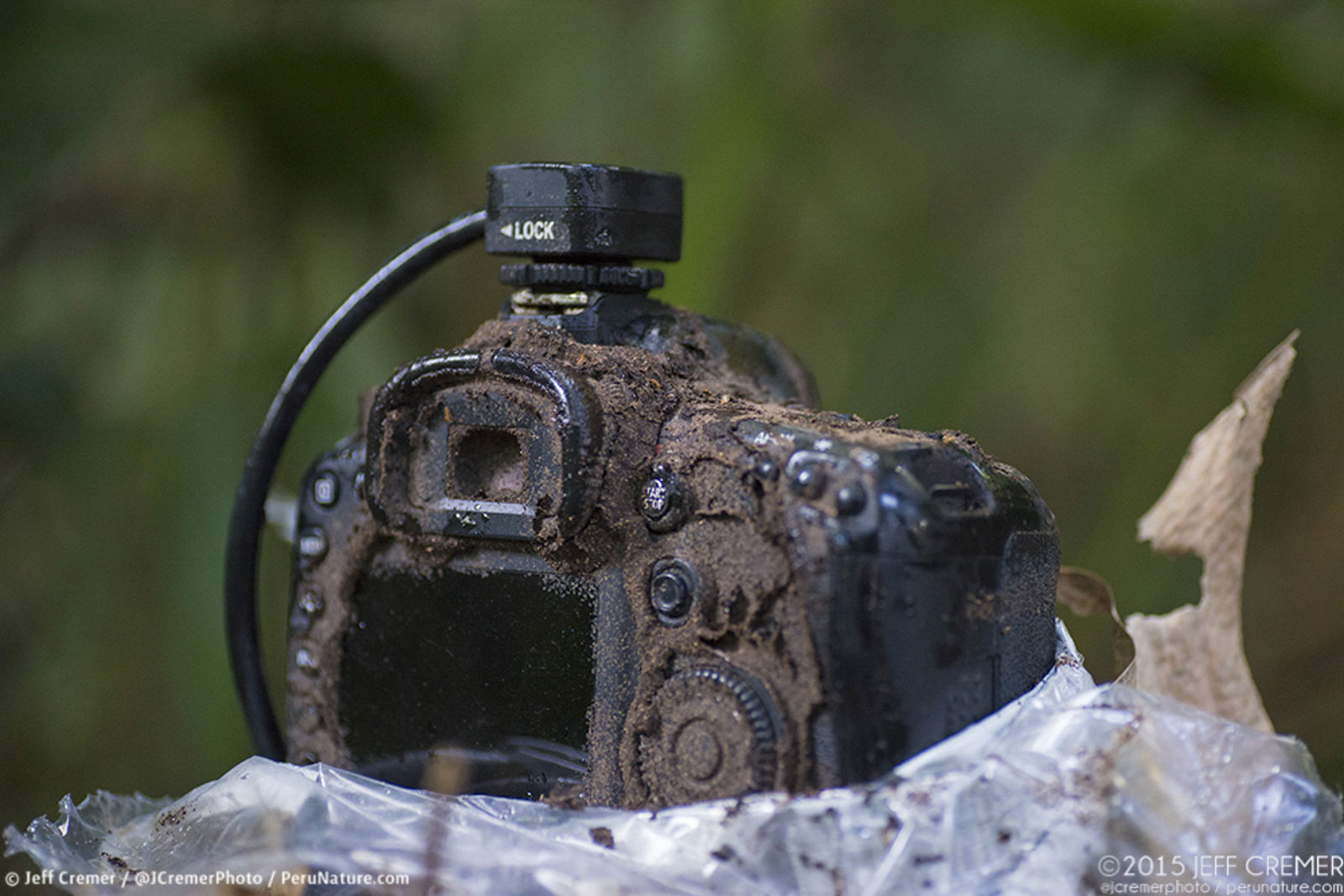 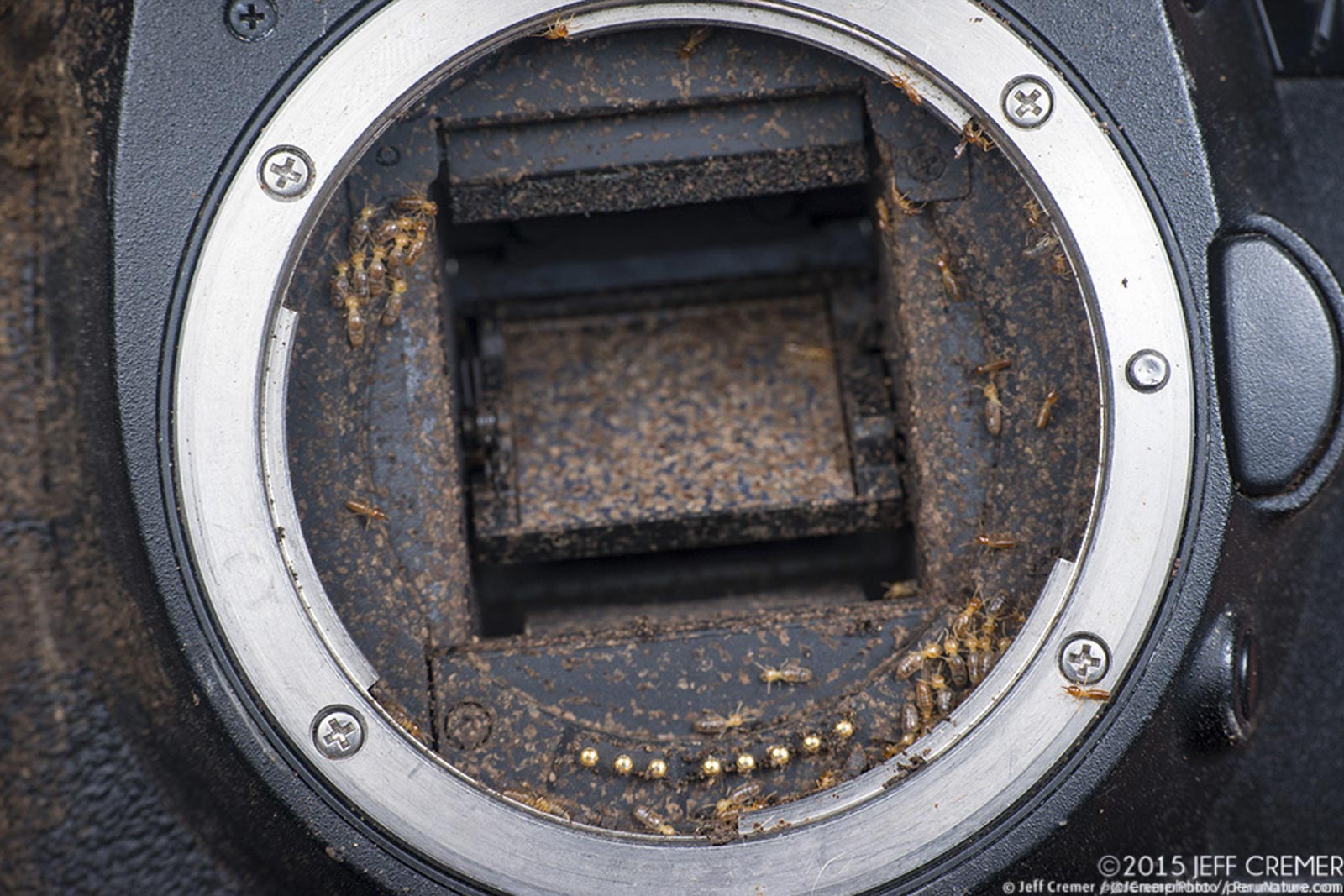 In a video shared on his YouTube page, Jeff is stood in the middle of the rainforest, lamenting over widespread damage to his camera gear.

“The leaf cutter incident happened a few years ago when I was first getting into camera trapping.” Jeff explains. “I set everything up in a place that I thought would get some good shots, but I didn’t notice that just a few yards away was a huge leaf cutter ant nest. The leaf cutter ants came over to the setup and cut up all the plastic bags that were covering my camera and took it back to their nest. They also started to eat the rubberized grips off the camera and tripod.”

As if that wasn’t enough punishment for the equipment, the rainforest lived up to its name, and the camera trap set up was soaked. Amazingly, everything survived and Jeff still uses the camera and tripod to this day, although he has learnt some lessons –dry bags are out; less-edible pelicases are in. 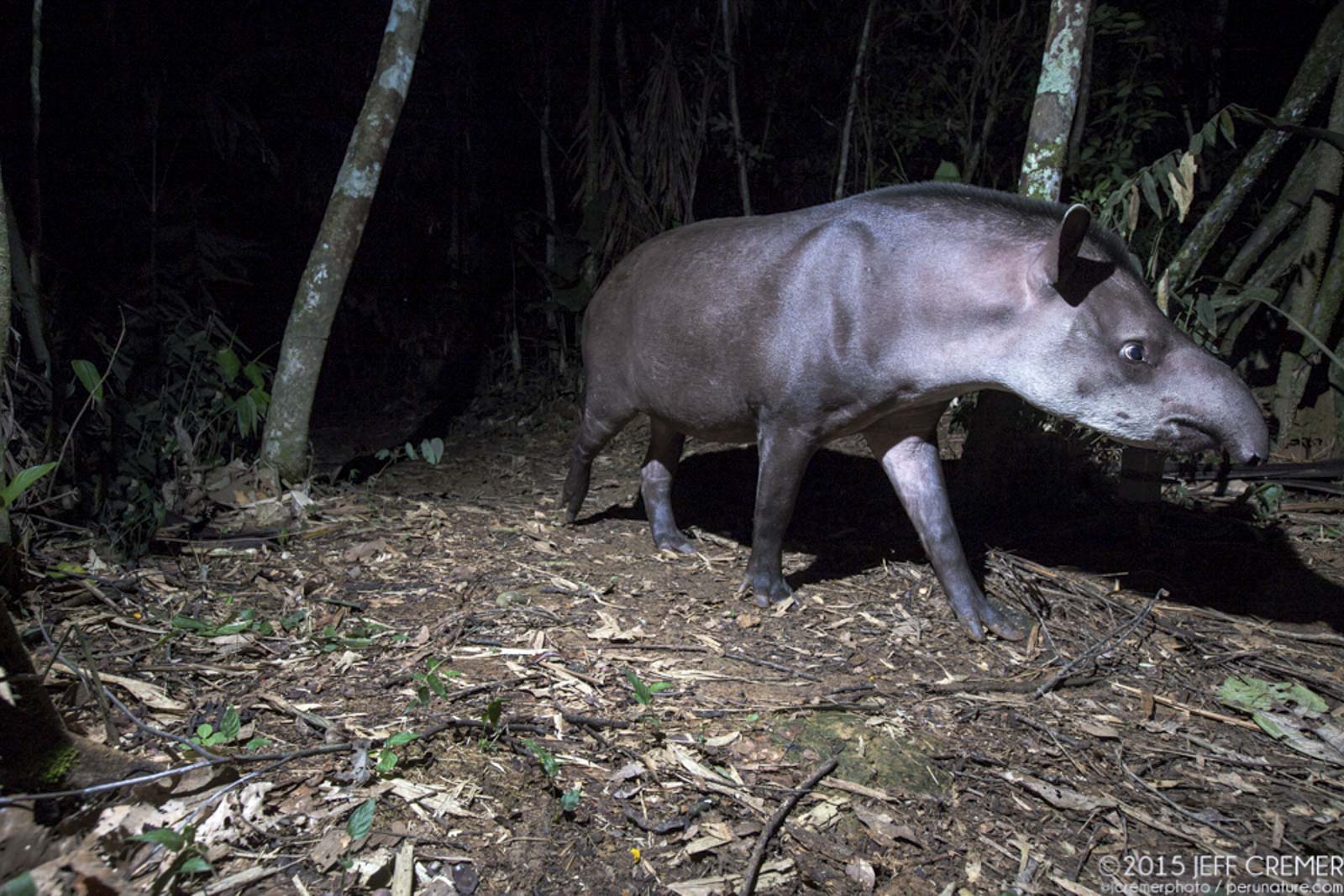 If there’s one thing Jeff hopes his photography can tackle though, it’s the modern day disconnection with nature.

“I was in the jungle a couple of weeks ago and was trying to photograph a small frog when two people came up to me and asked me how I knew that the frog wouldn’t kill me. They’d only seen a frog on TV before.”

As unlikely as this sounds, this is just one of several stories that Jeff offered. We live in an age where the world isn’t experienced through anything other than a screen, and Jeff hopes that his photography – and specifically his camera trap work – can help inspire people to get outside and see it all for themselves. 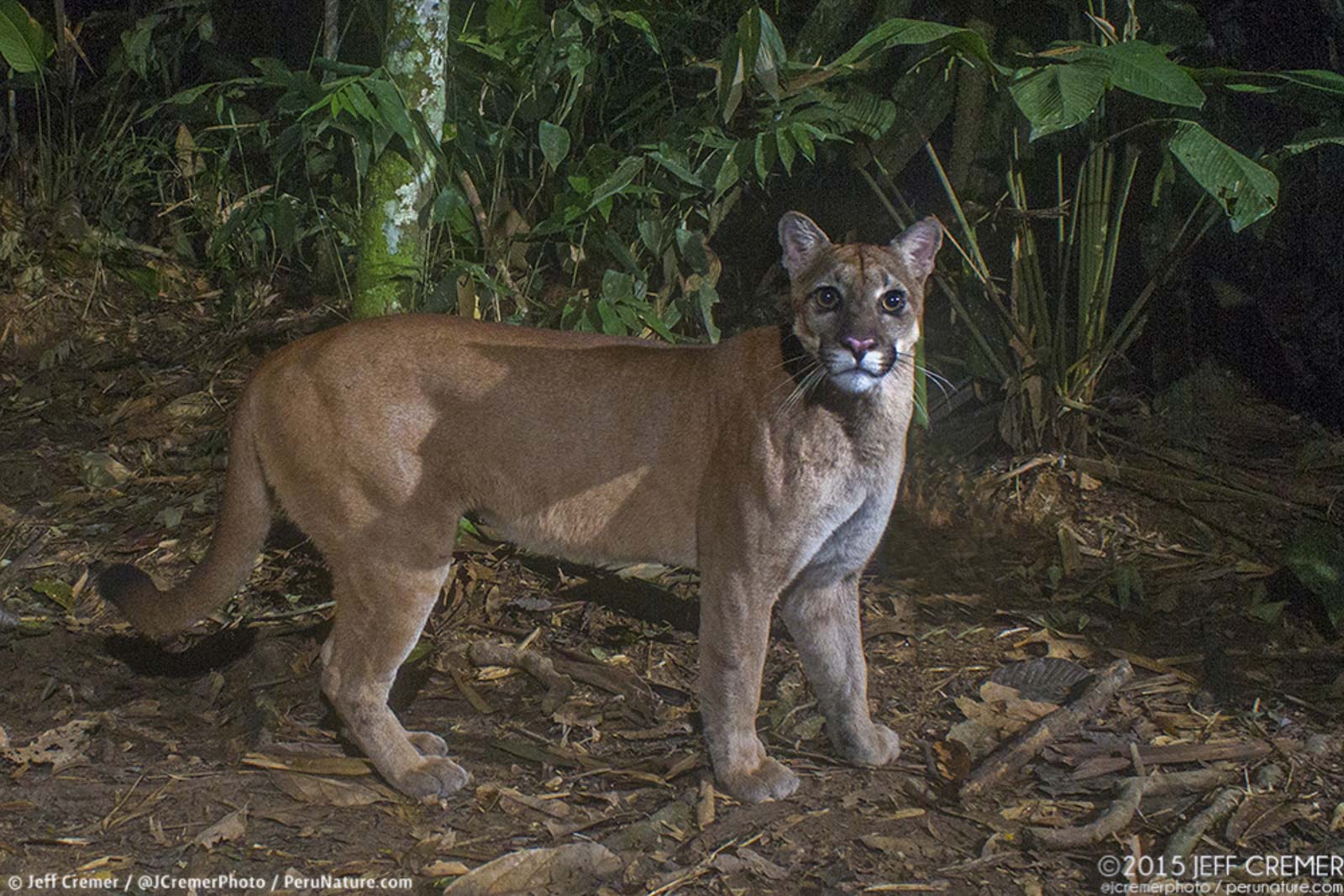 “Through my photography, I really want people to see all the amazing things that are living in the rainforest, and understand that there are still tons of different species to be discovered. I also want people to know that animals are our friends and aren’t out to hurt us. The more we see and learn about animals and the natural world, the more we will be able to respect it and live in harmony.”

You can see more of Jeff’s work on his website www.jeffcremerphotography.com.