How to Photograph Foxes 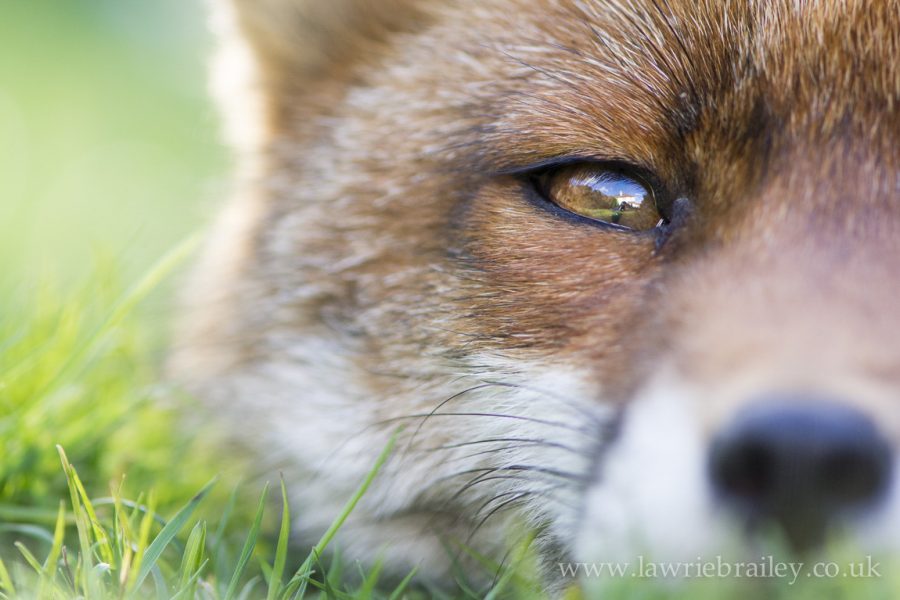 If you live in or near to urban areas, there’s a good chance that you will have caught a glimpse of the iconic red fox as it slips away into the night. The media may see them as ‘vermin’, a ‘danger’ and other non-founded accusations, but looking past their reputations can give you access to the world of a beautiful, caring, playful and intelligent animal. 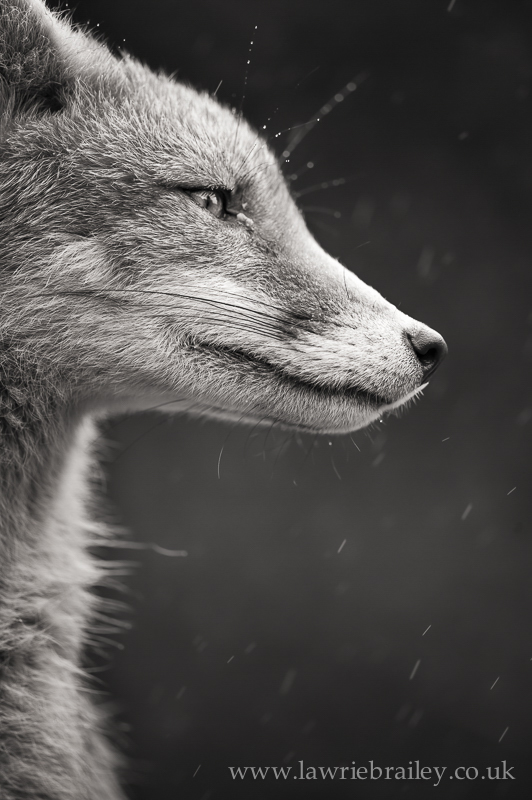 The red fox (Vulpes vulpes) has colonised much of the world to date. With a range spreading from North America through Europe, North Africa and far into Asia, there are not many places where you can’t find them, and this makes them a sought-after photo project for many wildlife photographers.

Red foxes are often portrayed as ‘bold’ and ‘fearless’ in the media, but actually they can be quite shy, skittish creatures, making photographing them a challenge. They are fairly easy to spook, but with patience they will learn to accept your presence. 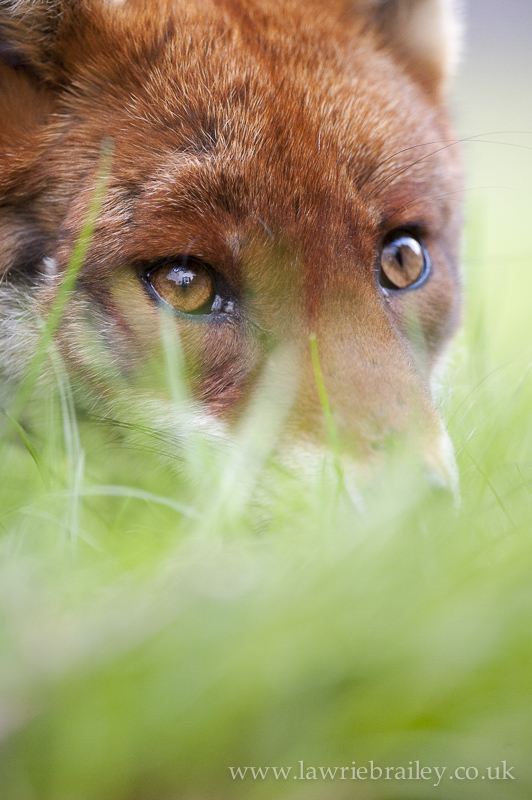 With both rural and urban foxes, one of the hardest parts of photographing them can be finding a reliable location. You may be lucky enough to have urban foxes in your garden or street, or you may have to scout out your local area for signs of ‘fox runs’ (well-used paths through grass or under fencing). One of the best ways to check if you’re getting regular visitors is with a trail camera like the Bushnell Natureview HD or LTL Acorn 6310.

Foxes are most active in the morning and evening, so if you’re a fan of the ‘golden hours’, then you’re in luck. With the low angle of the sun at dawn and dusk, there are plenty of opportunities to experiment with different styles of lighting. 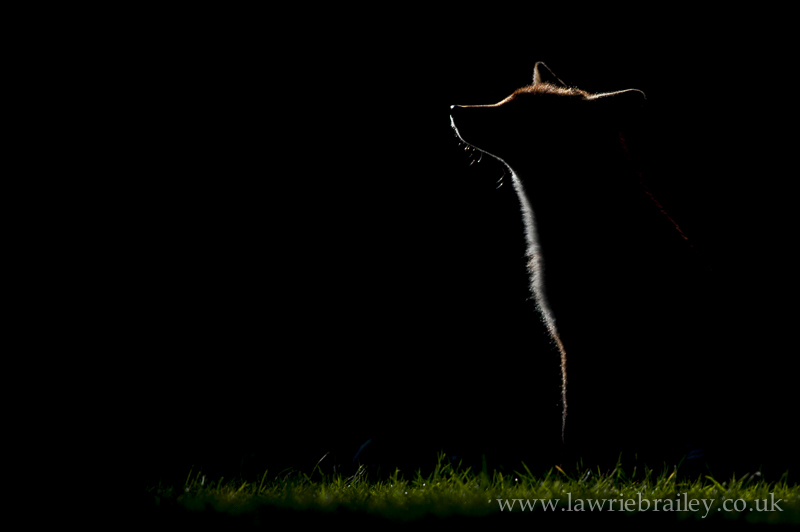 The key to photographing foxes is patience, but different approaches may need to be taken between urban and rural individuals. Urban foxes are much more accepting of people, and are far easier to watch uncovered than their rural cousins. A hide or scrim net will always help you to catch a glimpse of a rural fox, but I find urban animals can be quite wary of this technique. 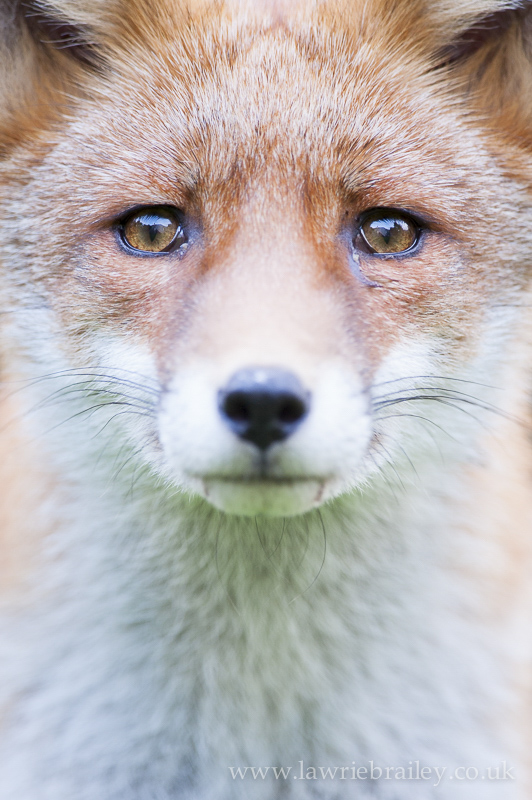 Getting close is all about letting the animal do the approaching. Keep movement to a minimum and try to keep a low profile. If you wait long enough, they will realise you are not a threat and go about their normal business. Foxes get unnerved easily by eye contact, so when taking photos it always helps to look down the camera lens, or better yet get a right-angled viewfinder that allows you to compose your shot without looking at the animal. Canon and Nikon both make their own (albeit hideously expensive) versions of these, but the one I’ve found to work best for me is the Seagull 1-2x angle finder. It comes with attachments for almost all camera systems (though the Nikon D3/4/5 series need a separate adapter), and works like a dream for only £30. 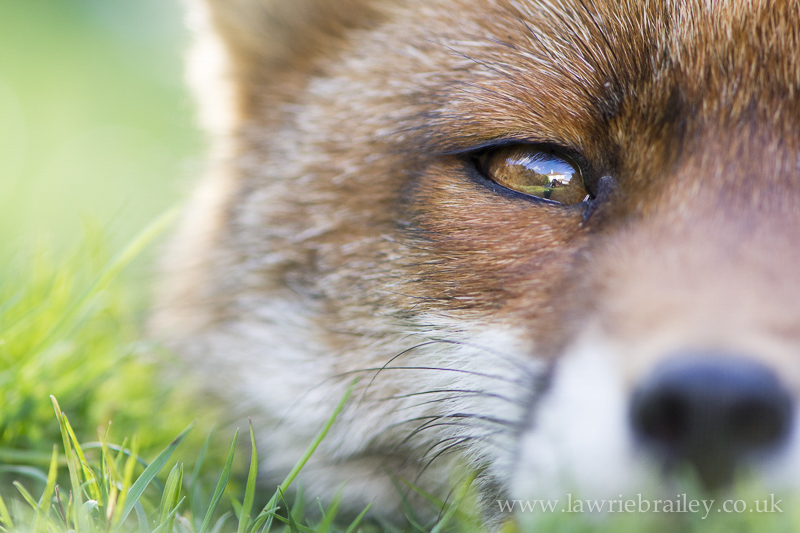 For the best chances with your fox images you’ll need a lens of 300mm or longer, but other than that photographing foxes doesn’t need any specialist equipment (apart from the almost vital right-angled viewfinder). The best shots are taken using a really low shooting angle, where you get right down to the line-of-sight of the fox and can start to get a sense of the world through their eyes. Don’t be afraid to get down low – even laying down if you can – and have patience.

One of the things I love most about foxes is their piercing eyes, and these should always be your main focal point if you can see them. Spot metering is a good ‘default’ metering mode, and ensures that the ever-important eyes will always be properly exposed. For more unique shots, a wider lens can be fantastic for showing off the foxes environment and providing context to the animal. Whilst the wilder end of a 70-200mm lens can be used to get great environment shots, a wide to standard lens (24-50mm) is perfect for use in camera traps. I personally use the Cactus LV5 laser trigger system, but the Camtraptions PIR sensor is also a fantastic (and sometimes more useful) option. 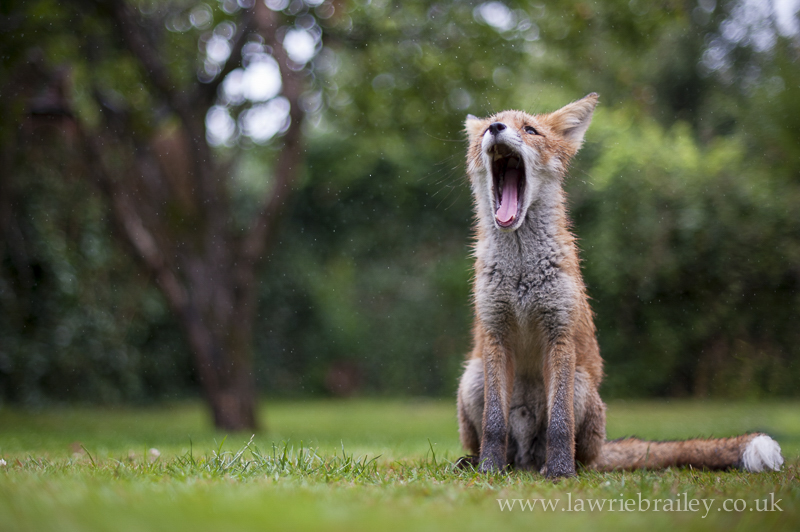 The year starts early on, with January and February being the mating season. Males will fight over territories and breeding rights, and females will try to ward off the ever-resilient suitors who can follow her around for weeks on end. They’re noisy about it too, and their high-pitched screaming calls have convinced many people that an assault is taking place in the past! Whilst adults won’t stay in one location for too long during this season, it’s a good time for photographs of fights, courting and even mating (though this mostly happens at night). 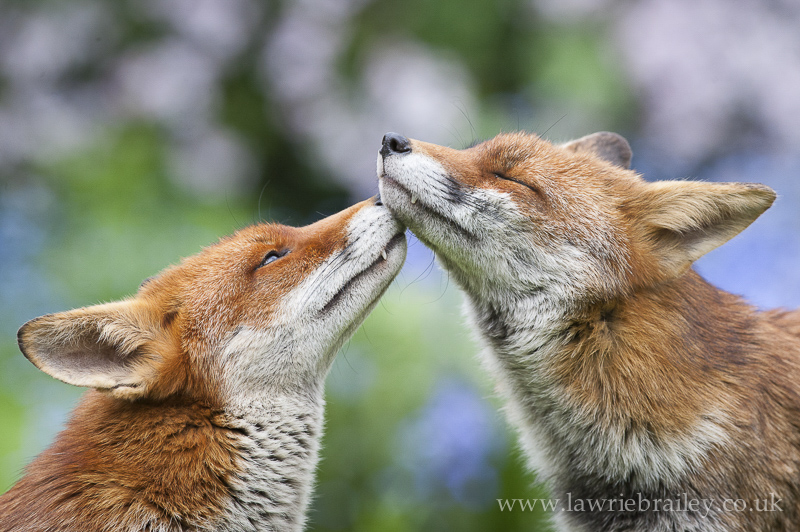 Once the breeding season ends, the vixen will find a den and will almost completely disappear for an average of 12 weeks as she gives birth and raises her cubs. If you’re lucky enough to find an active den site you may catch glimpses of the male passing food to his mate, or even the female coming out of the den to shake and stretch her cramped legs before getting back to her seemingly endless mothering duties! 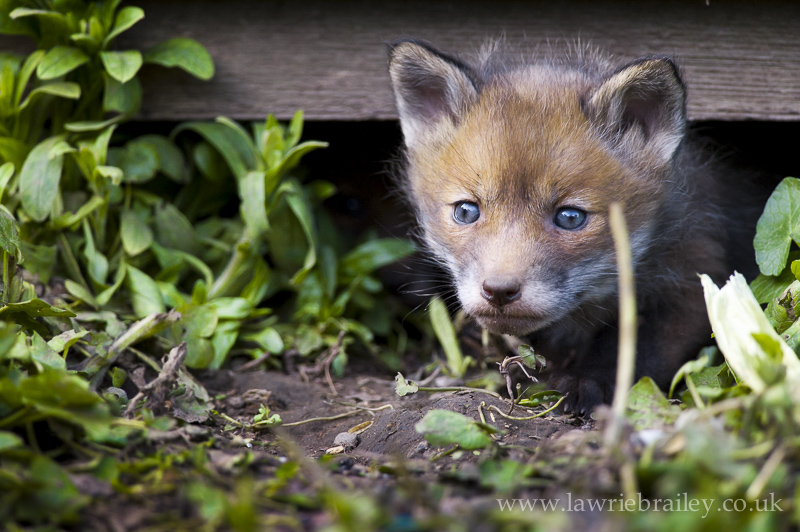 12 weeks later (April through to May) the first small, brown, furry faces will start to emerge from the den – and they are tiny! The average litter size is 4-5, but I have seen litters of 7 on several occasions. At this age they have not yet developed their fear of humans, and so unless scared by a noise they will often happily play in front of the camera. The adults will be far more active as they hunt and scavenge for food, and you can often see the adult vixen suckling her litter. They grow up quickly though, being weaned completely by June, and become more scared of sudden movements. Play will soon turn more violent, with play fighting and sudden squeals when the victim is bitten just a little too hard being commonplace. 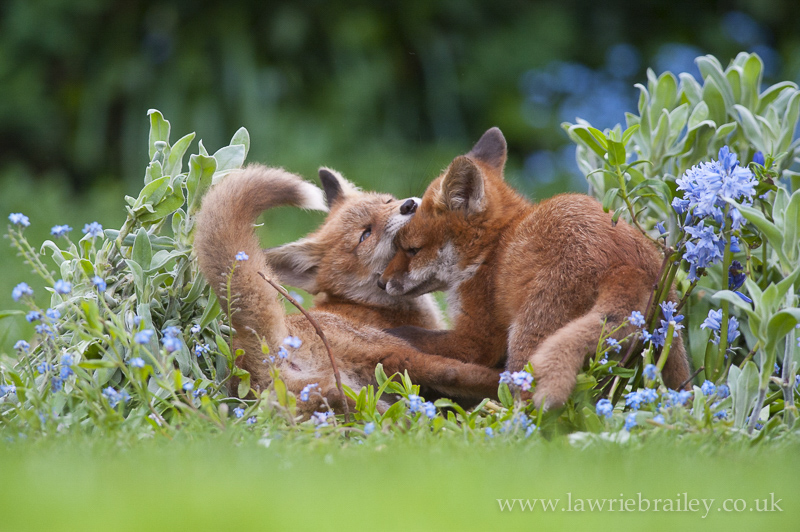 As the cubs continue to grow over the next few months, you will start seeing less and less of them as the adults take a step back and the cubs explore the territory. Once the cubs reach their big-eared, lanky ‘teenage phase’ (July to August), play starts to turn into dominance battles. Their individual characteristics will begin to show, and it’s always good to capture the ‘personality’ of an individual in your images. Bold cubs make great close-up subjects, whereas the more timid of the litter can be shown through a wider shot.

They can be seen honing their hunting skills in August, and the vixen will start to turf them out around September. There may be several weeks where neither adult nor cub will actively seek the company of the other. The cubs will start to hunt and scavenge for themselves, and will start to bury their catch to hide it from their littermates (though this rarely lasts more than a few minutes).

How long the cubs stay in the territory is highly variable, and really depends on the individual fox. In general, male cubs will be driven out of the territory first (October to November), and females will leave weeks or even months later. The main matriarch of my fox family has even kept one of her daughters around to help raise the next litter of cubs on two occasions! 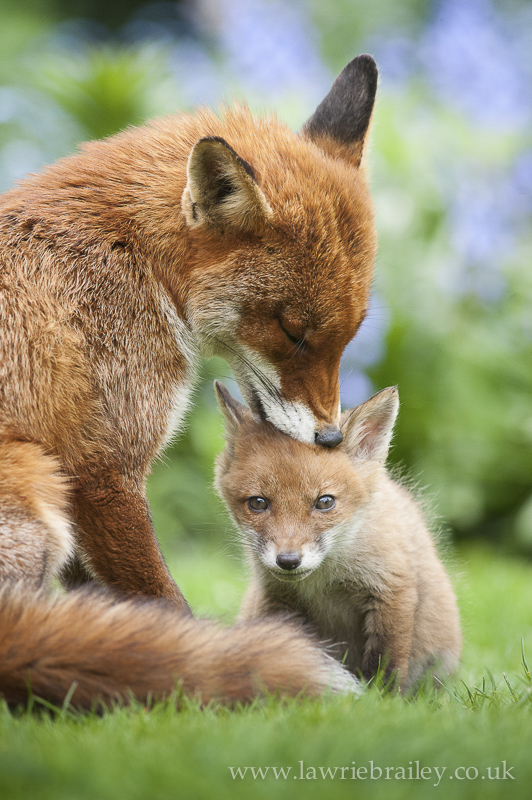 Photographing foxes is amazingly addictive, and once you start it can be hard to pull yourself away. There’s something magical about watching their lives playing out before your eyes. Despite the media’s view that foxes are vermin and are dangerous, they are fascinating creatures. They are kind, gentle, shy, caring animals that just want their place in this world, and hopefully photographing your own foxes will make you enjoy then as much as I do.