Summer Landscapes: What and When to Photograph 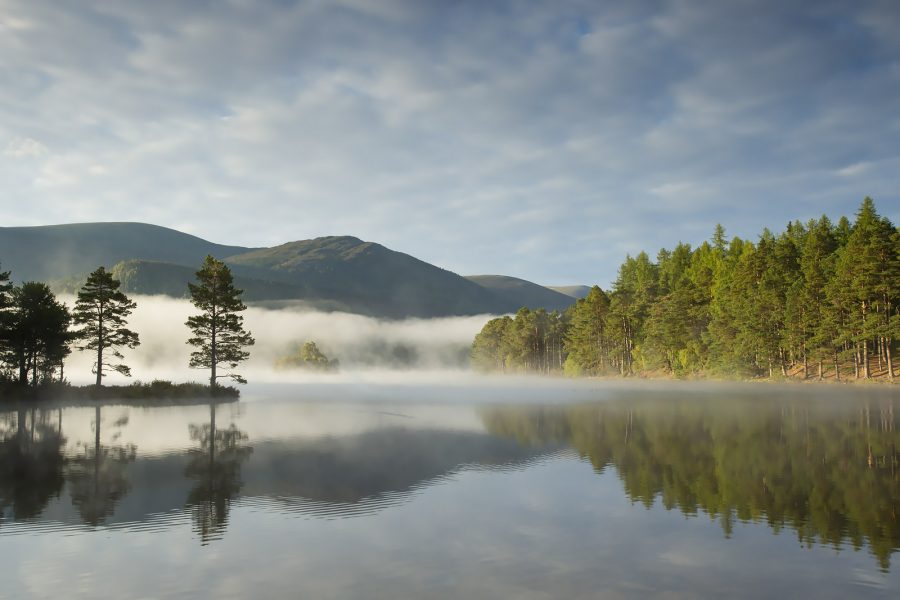 Home » Photography Tutorials » Landscape » Summer Landscapes: What and When to Photograph

There is a consensus of opinion, amongst some landscape photographers, that it is better to hang up your camera during the summer months and wait for the softer light and warmer colours of autumn. There is some validity in this argument, but I would argue that the summer months can be just as rewarding for shooting landscapes, providing you choose the ‘right’ subject to photograph and the optimal conditions in which to capture it.

It’s true that the long days of summer provide more light than any other time of the year, but the quality of light may not always be ideal for landscape photography. There tends to be more atmospheric haze during the summer leaving the landscape looking washed out and lacking in contrast. All of this seems to back up the argument for leaving your camera in its bag over the summer, but that needn’t be the case. Instead, draw up a rough plan of what to shoot and when to shoot it, keeping an eye firmly on the weather forecast for likely periods of opportunity so that you can act quickly and decisively to make the most of the conditions.

If you do most of your landscape photography in the UK then you’ll know that a British summer can be anything from a searing heatwave to torrential downpours and everything in between. With the uncertainties of climate change, these extreme weather patterns seem to be a regular occurrence, not just in the UK but across much of the world. There is only one thing that is certain about the weather and that’s that it is unpredictable. Whilst this can be frustrating at times it does provides opportunities for some fantastic landscape images to be captured if you get your timing right. It also provides plenty of variation in light from full sun to heavy cloud cover, both of which offer great opportunities if you chose your subject carefully and get you timing right.

Further Reading: “How to Take Great Photos When the Weather is Bad“

Dealing with the Sun

So let’s start with sunshine, as for some reason we associate the summer with sunny days – although the reality is usually quite different, but we’ll deal with that later. Bright sun is great for taking scenics irrespective of the season, but in summer it has several consequences. Firstly, the sun is much higher in the sky during the middle of the day, which tends to create unflattering light, leading to ‘flat’ low contrast landscape images.

The middle part of the day also tends to be more hazy, again reducing contrast and making images appear washed out. For these reasons it is generally best to avoid shooting during the 3-4 hours either side of midday day, although as always there are exceptions. Ideally, try to aim to photograph at the ends of the day when the sun is much lower, the light is warmer and the shadows longer, creating more ‘modelling’ and a greater sense of depth. This does mean making sacrifices though, in particular to your time in bed and irregular eating times but the rewards are definitely worth it.

For dawn shoots it’s important to be on location early enough to capture the soft light along with the possibility of mist, especially over bodies of water after a cool, still night. This requires a certain degree of planning and discipline and perhaps walking to your chosen viewpoint in the gloom of pre-dawn. You should however, have a good indication of the likely outcome by ‘reading’ the sky. A clear blue sky will obviously mean strong sunlight very soon after it rises so you’ll need to act quickly to capture the best of it before it becomes too harsh. With the absence of clouds there won’t be much colour or interest in the sky either, so compose the landscape so that the foreground makes up at least 2/3rds if not 5/6th of the picture space.

If there are clouds in the sky at sunrise there’s a good chance of colour, in which case you should aim to include more of the sky in the picture, perhaps using water to reflect the clouds and double the impact. The water needs to be still for this to be successful since strong ripples will ruin the reflection so it is best attempted on a windless morning. The light and formation of clouds can change very rapidly at dawn and soon after sunrise so be prepared to hang around for a while to take variations of your composition and to catch the optimum conditions. These may not necessarily be at sunrise itself but perhaps an hour later as stronger light illuminates the foreground. It is also worth taking a succession of shots of the same composition as the light unfolds on the landscape as there is often a peak moment when everything comes together perfectly.

The same holds true at the other end of the day as the sun falls lower in the sky. The lighting is, in effect, the reverse of the early part of the day with the sun coming from the opposite direction. This may suit some scenes better because of the topology of the landscape and the way the sun illuminates key features. Prior knowledge of a location helps with making the right decision about when to visit, but there is also plenty of information available on the internet as well as maps, apps and guidebooks to help with this. Generally, the light tends to be softer in the morning and there is certainly a greater chance of mist, but evenings are an equally productive time to shoot summer scenics and provide a better opportunity to scout for suitable viewpoints and compositions, and to assess the changing light.

Whilst the ‘best’ sunlight may well be at dawn and dusk, there are conditions that allow for very successful landscape images to be made when the sun is much higher. The warmer temperatures of summer cause fair weather cumulus clouds to build up during the day. These not only add much needed interest to the sky but they create a mosaic of light and shade on the landscape. Wide views over fields, moorland or mountains look great shot in these conditions as the patches of light and shade are constantly changing under scudding clouds so that different parts of the landscape are illuminated. This can be used very effectively to emphasise certain aspects of the scene and for making key features to stand out more clearly. For example a well lit tree against a hillside in shadow.

As temperatures build, so too does the likelihood of thunderstorms, another weather feature more common in summer and one that brings further opportunities for dramatic landscapes. Timing is crucial here – afternoons tend to be the most likely time of day – but summer storms can be very transient and localised. A build up of dark brooding clouds often heralds the onset of a storm and whilst your personal safety should always come first, you can secure your shots long before any lightning strikes by positioning yourself ahead of the storm and shooting sunlit landscapes with menacing clouds brewing overhead. The period after a storm passes through can be equally rewarding as it often clears the air, adding greater clarity and vibrancy to images.

When the Weather Turns

So what happens when the ‘Great British Summer’ is a wash-out. Well this too can be used to your advantage by selecting subjects that are suited to overcast lighting conditions. Woodland interiors and waterfalls are two perennial favourites for these kinds of conditions, and while the foliage may not be its best in summer, woodlands still offer plenty of potential for more intimate landscape images.

Waterfalls can be full after summer rain and these are generally best captured in low contrast light so that a full range of tones from the white water to dark rocks and surroundings can be recorded. A neutral density filter is useful if you want to reduce the exposure to record the water as silky ribbons – typically using a shutter speed of somewhere between 1/4 to 2 seconds. A polarising filter will also reduce the exposure and has the added benefit of removing surface glare from reflective surfaces and therefore increasing saturation.

Further Reading: “The Ultimate Guide to Filters for Landscape Photographers“

The coast – a popular summertime destination – is also often a saviour in overcast lighting since it too offers the chance to utilise long exposure techniques to record the movement of water flowing over rocks or sandy beaches. Extreme exposures of 30 seconds or longer will not only blur the water but also clouds to add further interest to coastal landscapes. These very long exposures can be achieved either by shooting in low twilight or by fitting an extreme neutral density filter such as Lee Filters Big Stopper, which reduces the exposure by around 10 stops, extending an unfiltered exposure of 1/30th sec to 30 seconds.

The quality of light at dawn and dusk on a dull day actually enhances well crafted coastal landscape images by giving them an overall cool moody feel. This combined with the effectiveness of long exposures can produce very nice results. Similarly, these conditions lend themselves well to black and white conversions so certainly all is not lost when the sun isn’t shining on you this summer.