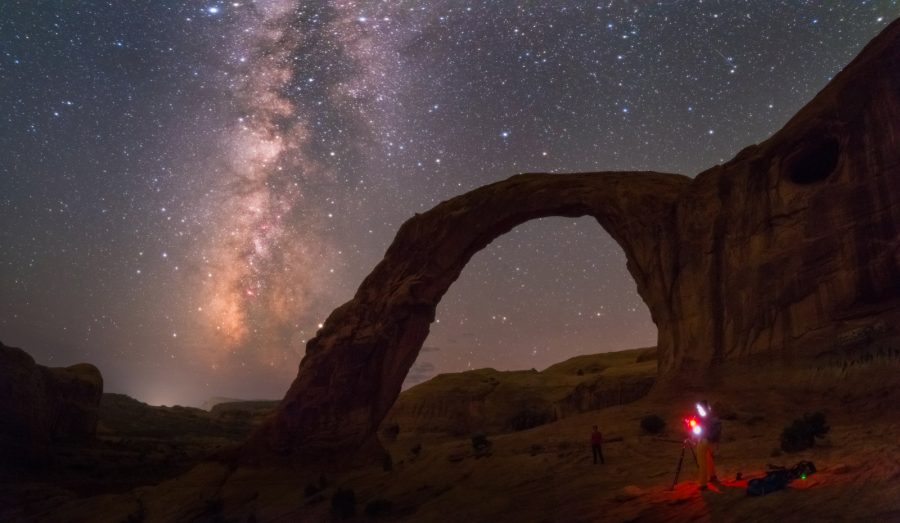 In astrophotography, you never stop learning how to improve your night sky photography. No matter if you’re a beginner or a seasoned astrophotographer, you always try to better your technique.

Here’s my view on what you can do to be a better astrophotographer.

It’s nice to take beautiful photos of the night sky; but wouldn’t it be nicer if you knew what you photographed, and what physical processes shaped the objects you photograph?

I know plenty of people who consider themselves astrophotographers but don’t have the slightest idea about what they photograph. They wouldn’t be able to identify any constellation except for the two Dippers. 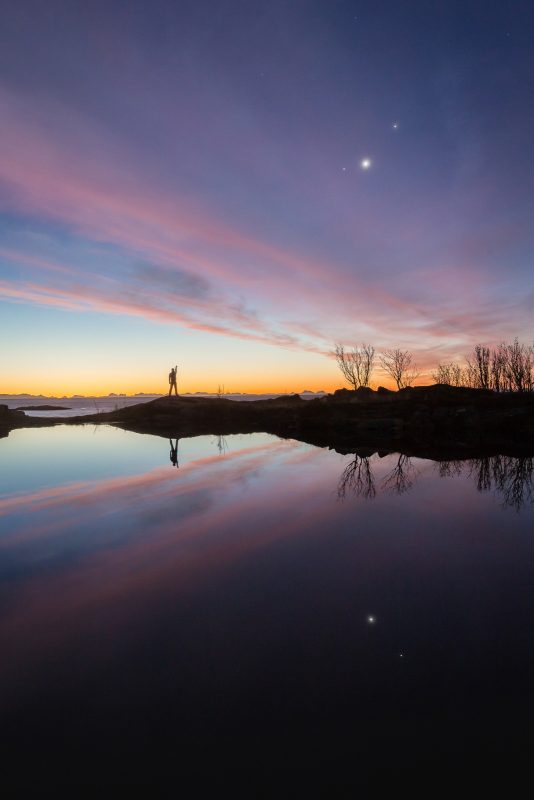 I believe it’s a lot more fun to know the constellations, what a nebula is, and what’s the difference between an emission nebula and a planetary one.

Also, getting used to the motion of the planets helps a lot. You will not be surprised when an ‘unknown’ star suddenly shows up in an area of the sky where there was nothing two months ago. 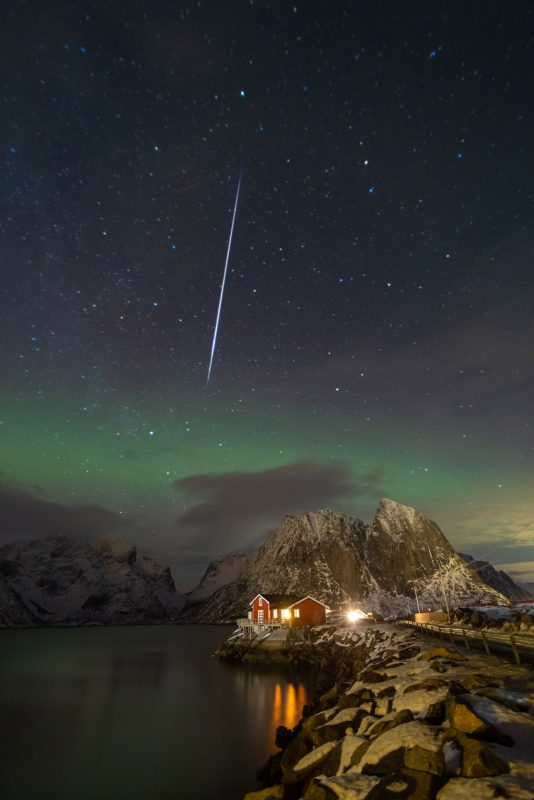 Additionally, knowing how the sky works will prevent you from making mistakes when stitching panoramas. Sometimes software will produce images with doubled stars or missing constellations.

On a funnier note, knowing the sky will stop you from making a faux pas, like pasting the Moon over the constellation of Cassiopeia (somewhere the Moon never gets). I’ve seen the Moon appear in the boundaries of said constellation in at least ten photos on the web.

Read more: How to Take Panoramas of the Night Sky

2. Who said failure is not an option

In astrophotography, failure is definitely an option. But this is how you go forward with the hobby. 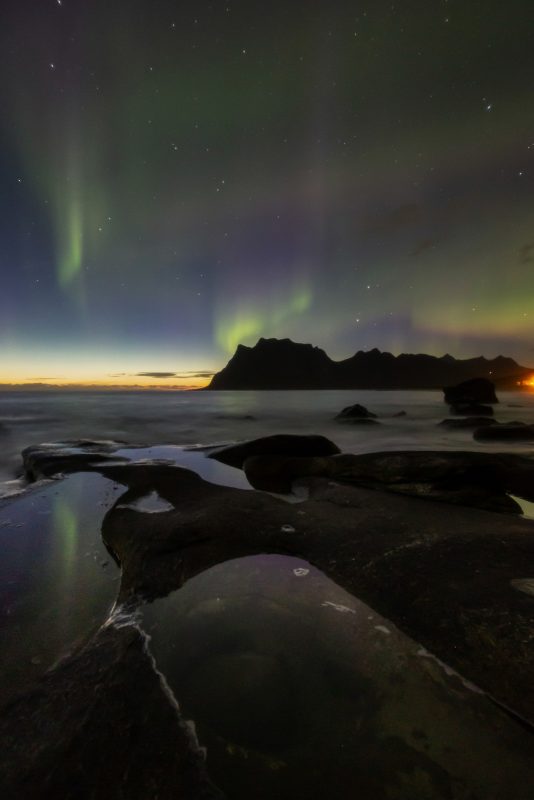 If you decide to pursue astrophotography, and even if you’re an experienced astrophotographer, be prepared to fail but be resilient. Don’t be discouraged.

You will learn a lot from persevering.

Astrophotography is a pretty technical endeavour and knowing what your gear is capable of is paramount, especially knowing how to maximise the results produced by it.

You might not have the best camera and lens available but if you know every detail of them, you will achieve better results than you may expect. 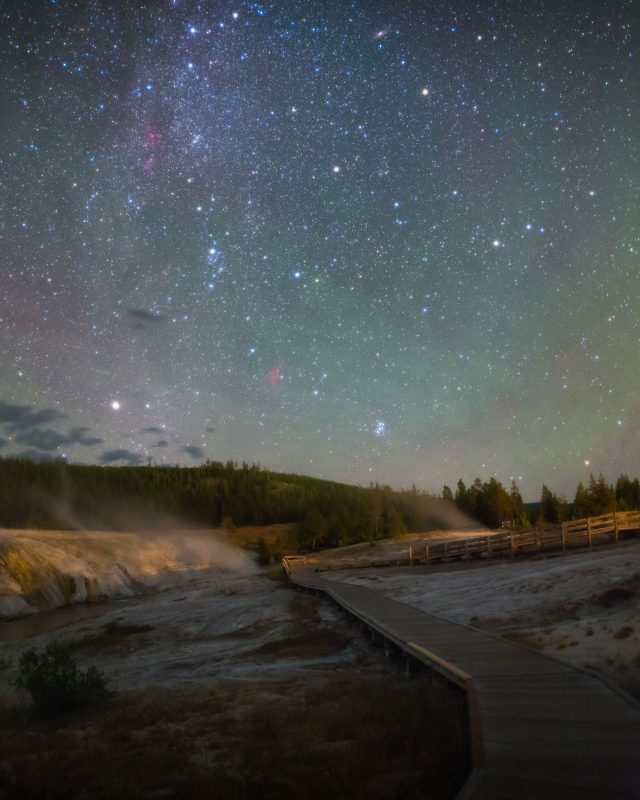 Let’s say you don’t have the best lens on the market, and the corners are a bit soft; close it by one stop and it gets sharper.

As astrophotography usually happens at night, learn how to work your camera in the absence of light. Using an illuminated settings display on your camera will ruin your dark adaption.

Planning is one of the most important aspects of astrophotography.

Arrive at the location prepared with the knowledge of what you want to photograph, what direction you should face, how high above the horizon to aim your camera, etc. 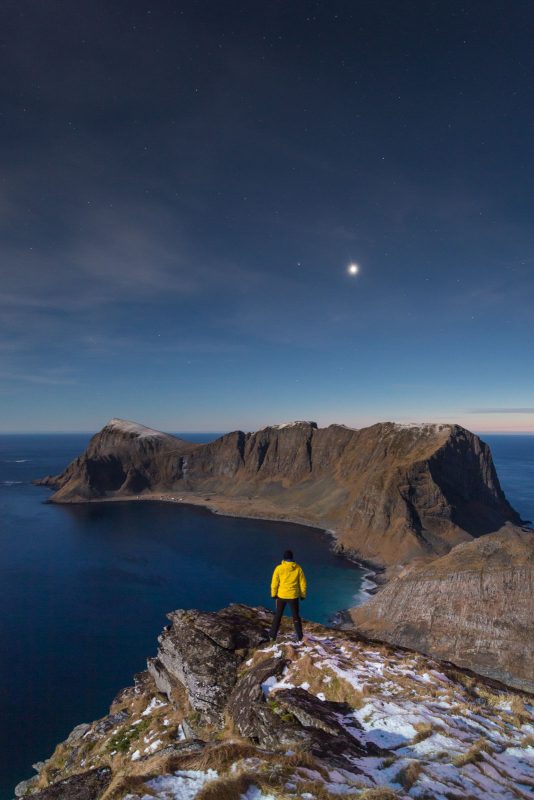 If you’re not very familiar with a location, visit it during the daytime and find some interesting framing options.

If you go there to shoot deep-sky photography, be sure that there are no physical obstacles (trees, buildings, etc.) obscuring the objects you plan to photograph.

Photo planning apps like Photographer’s Ephemeris or PhotoPills always come in handy. Using such applications will allow you to plan complex alignments between celestial objects and elements of the landscape.

5. Use a modified camera

Off-the-shelf cameras will produce fantastic images of the night sky. However, if you want to take a step up, consider buying a camera modified for astrophotography like the Canon EOS Ra. You can also do the modifications on your own if you’re technically inclined. 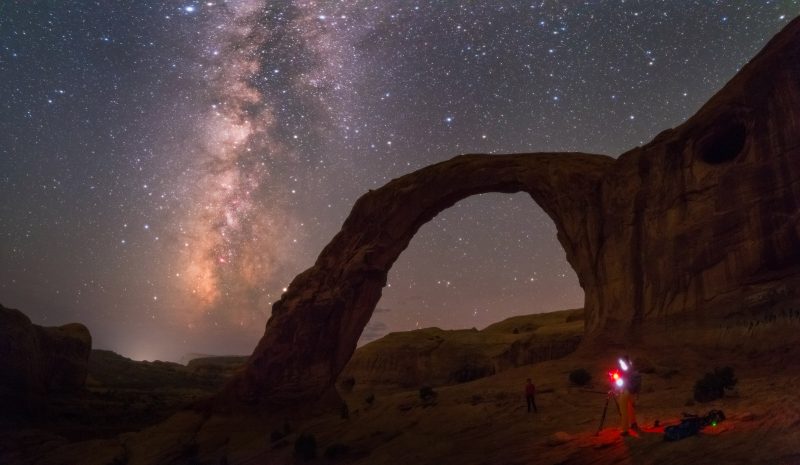 Suddenly, the sky will look different, and appear more alive. Where you saw some vague patches of purplish nebulae, you will now have vivid objects.

Digital cameras will inherently produce thermal noise, especially when working at high ISOs. There’s a way around that: dark frames. 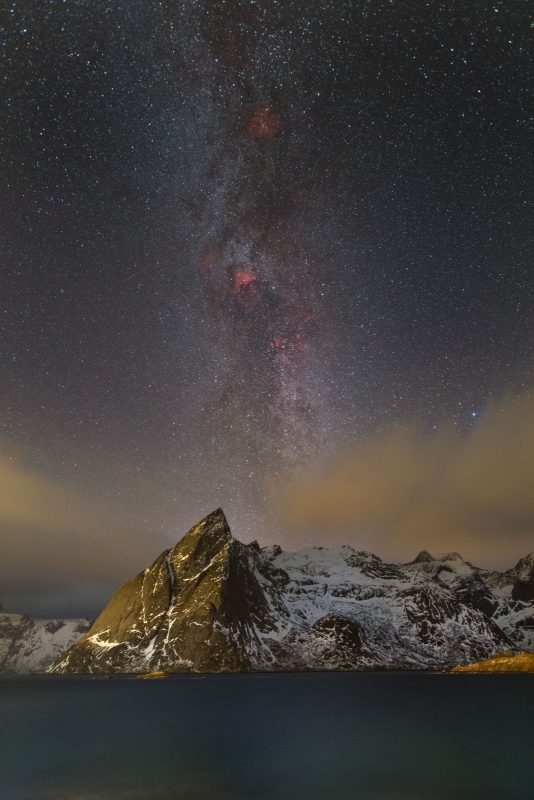 Dark frames are, as their name suggests, dark. Black… but filled with noise. They are basically a photograph of the thermal noise of your camera at the moment of photography.

Nowadays, digital cameras are not as noisy as they used to be, but darks will still improve the quality of your final image.

A dark frame is a photo taken with the lens cap on at the same ISO, exposure time, and ambient temperature as your light frame (the normal photo that shows the sky). Then, using software, you subtract the dark frame from the light frame. 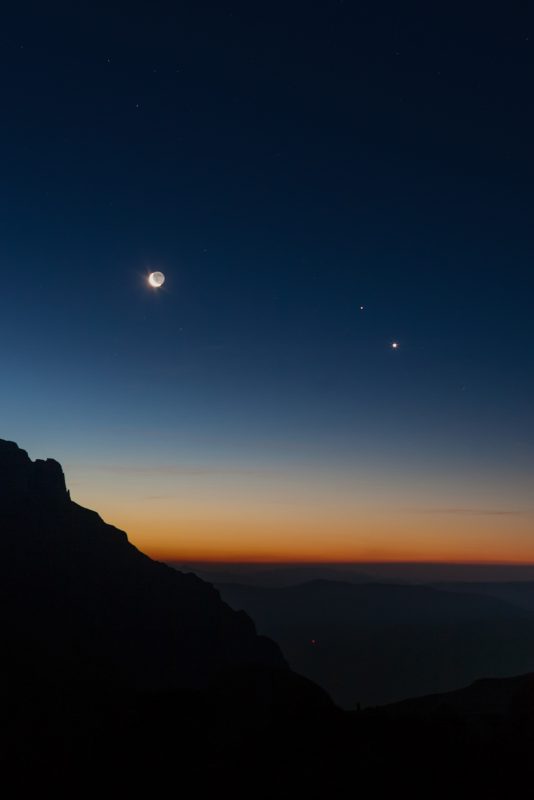 My advice is to take multiple dark frames (let’s say 16) and average them into a Master Dark. One piece of software that can do that is PixInsight, but there are many others.

Read more: How to Stack Star Photos to Reduce Noise in Photoshop

You might be a fan of super colourful skies and high-contrast Milky Way images. Nothing wrong with that, but very aggressive post processing can often destroy otherwise beautiful astrophotos. 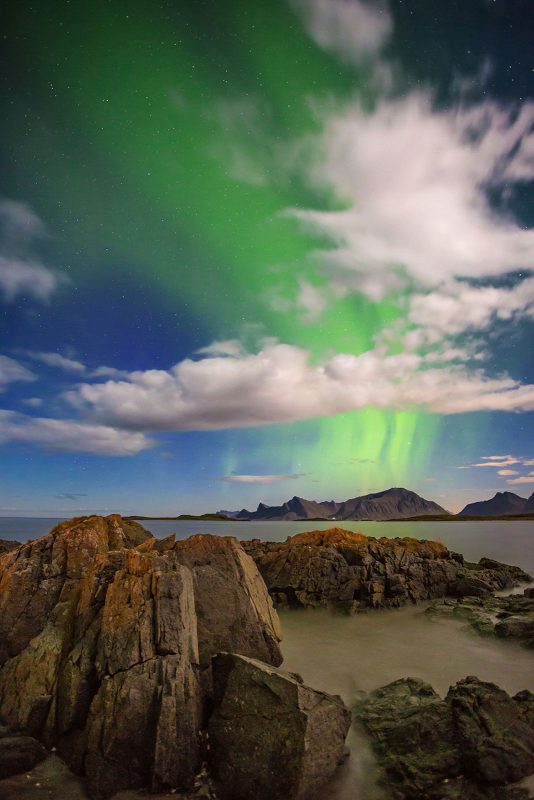 I believe it’s better to be gentle with processing. From far away an over-processed image will look pretty cool. But look at it full-size and you might find colour blotches in the background sky, or stars that lack their natural colour.

Be gentle with post-processing and you will be rewarded.

Read more: How to Edit Star Photos – First Steps to Processing in Astrophotography

8. It’s not only about the Milky Way 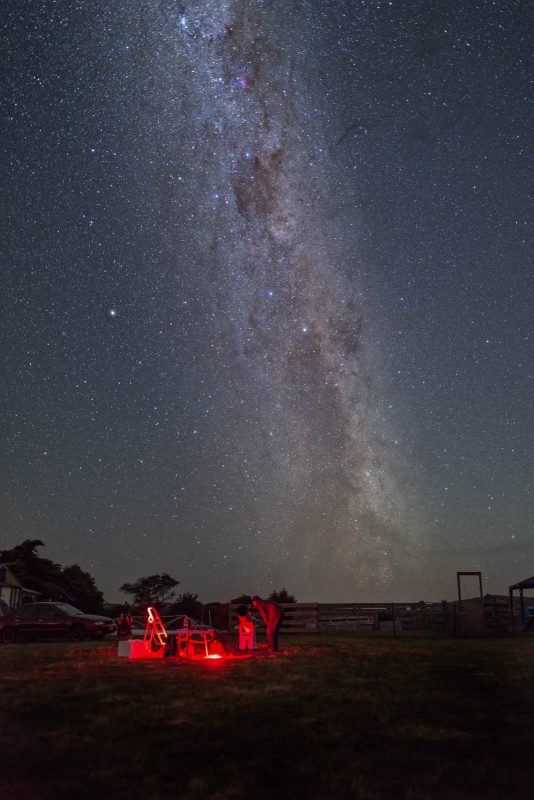 There are so many things worth photographing in the sky; conjunctions, meteor showers, occultations, planetary or satellite transits, eclipses, etc. 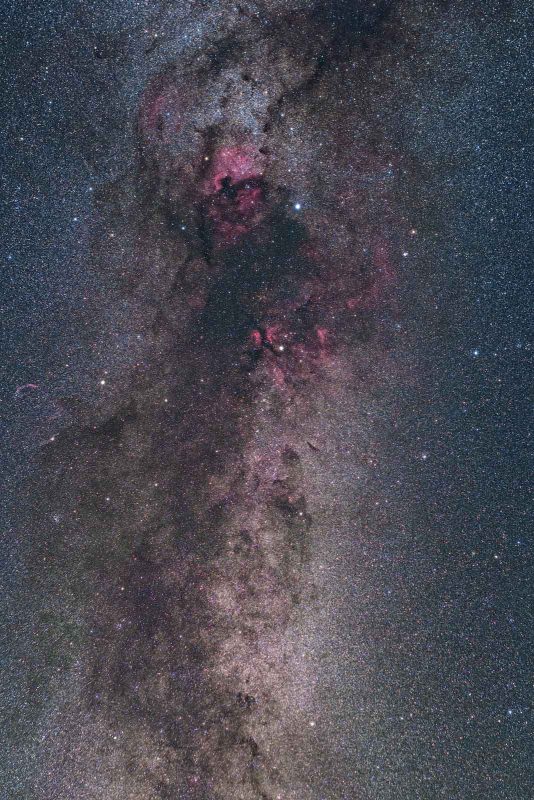 Read more: How to Photograph Meteor Showers – The Ultimate Guide

9. Use the Moon in your favour

In astrophotography, the Moon is often the archenemy. So, if you know how to befriend the Moon then your images will become more interesting.

I am talking here exclusively about landscape astrophotography. Deep sky shooters will never develop a good relationship with the Moon, unless they shoot narrowband. 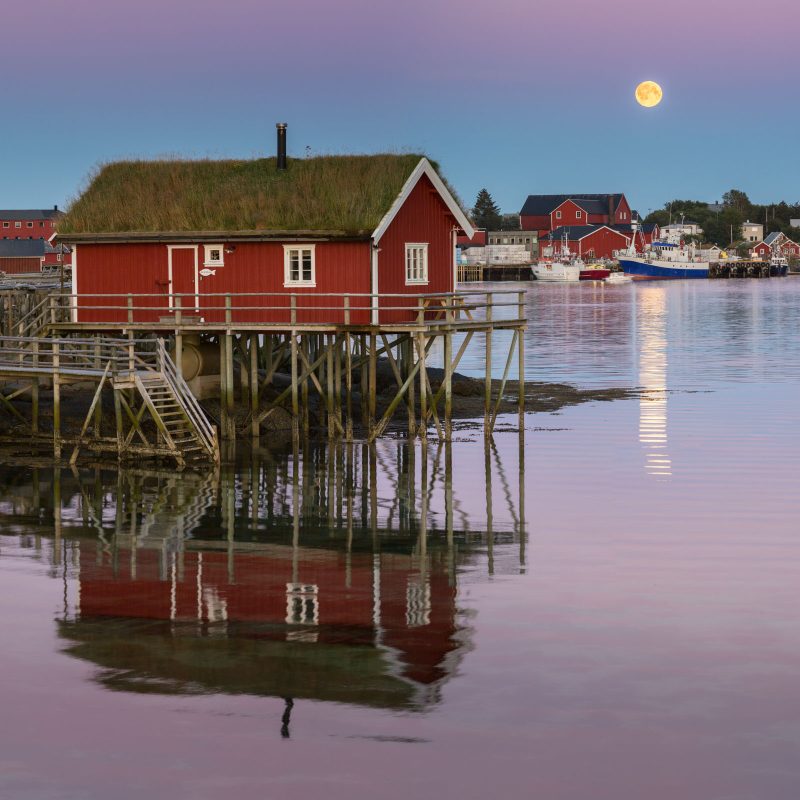 There’s currently a trend to shoot the foreground of a photo at twilight, and the sky when it’s completely dark outside. In the vast majority of cases, the resulting image looks unnatural, and the documentary aspect of astrophotography is lost.

Shoot when the Moon is above the horizon but has a small phase. You will still have plenty of stars in the sky and the foreground will be lit in a beautifully natural way.

Astrophotography is hard. You will be annoyed, you will fail, you will forget things at home, the weather will not cooperate, so on and so forth.

But don’t forget that you do it because you love it; it makes you feel a certain way.

Having fun and enjoying the process guarantees success as an astrophotographer.