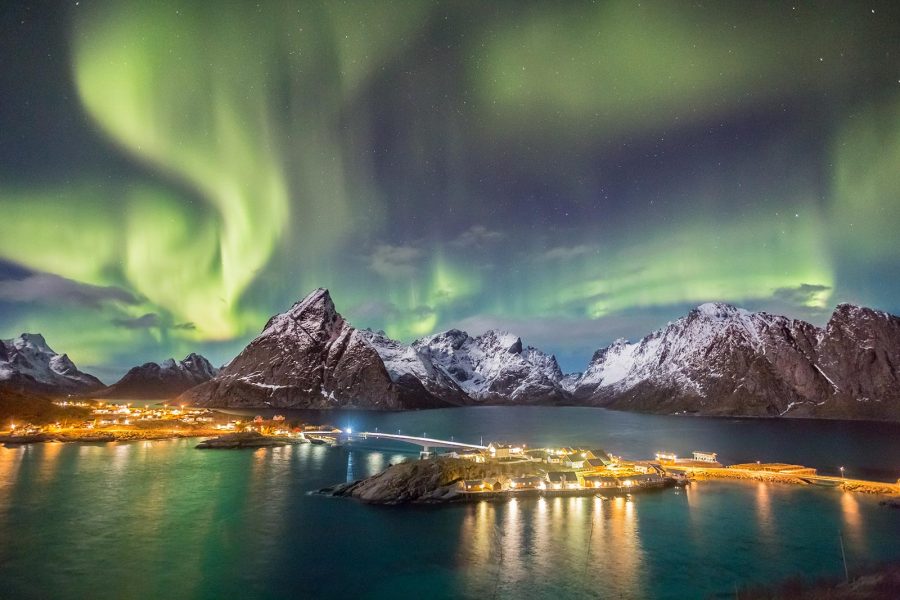 Astrophotography is a wonderful and rewarding hobby. But it’s not the easiest type of photography to master and it can be difficult even for skilled photographers. You need passion, dedication, knowledge, and planning skills in order to be successful in astrophotography.

It’s easy to make mistakes in this field, and it can be easy to not even notice some of them until it’s too late. Let’s see what the most common mistakes are in astrophotography, and what’s the best way to work around them.

It happened to me when I went into the field to photograph the Geminid meteor shower. After setting everything up and taking the first shot, I realised that I had no card in the camera. It happened after a very long fashion shoot that I had undertaken during daytime. I had quickly downloaded all the photos from my memory cards and backed them up. Being late, I rushed to put the camera in the backpack, the backpack in the boot of my car, and drove for two hours to a dark sky location. But I left the memory cards at home. I enjoyed a wonderful night under bright Geminid fireballs, but no photos were taken.

I always go through the checklists before any astrophotography session with the same rigorosity airline pilots apply for their checklists. I strongly recommend taking the time and preparing such checklists – it will save you some frustration.

Being familiar with the place you’re shooting from will also help a lot. On the one hand, it helps from the point of view of safety as you are aware of any hazards at that place. On the other hand, you will spend a lot less time finding your compositions – especially if you get to the shooting location when it’s already dark outside.

If you’re not very familiar to the shooting location, use photo planning apps such as Photographer’s Ephemeris or PhotoPills to see the orientation of landmarks at that specific location. And, if possible, visit the location and familiarise yourself with it when there’s enough light outside.

Read more: How to Plan a Landscape Shoot and Nail the Shot

As we’re discuss planning, don’t think about photographing the Northern Lights in the summer. The sky will be way too bright for that at the latitudes where the aurora is visible. And always check weather forecasts for your shooting location, before getting there.

2. Not focusing your lens carefully

This usually happens when you’re shooting exciting and spectacular transient phenomena like meteor showers, aurorae or eclipses. You set everything up and you rush through all the steps as you’re afraid of missing the show. But always take your time to properly focus your lens: you will not be able to change that in post processing.

If you’re not familiar with focusing a camera lens at night, here’s the procedure:

Open the aperture as much as possible. Set a high value for the ISO (6400-12800). Turn the focus ring to infinity and turn on Live View on your camera. Exposure Simulation should be on.

Then, find a moderately bright star and centre it in the field of view. Magnify the Live View image as much as you are able to on your camera and carefully focus your lens until the stars look at their sharpest. Sharp stars should not show any chromatic aberration haloes around them.

Then, use some gaffer tape and carefully tape down both your focusing ring and zoom ring (if you use a zoom lens). This way, you are sure that you won’t accidentally change the position of the rings during your photo session. And that’s it! Sharp stars.

Of course, don’t forget to change the ISO setting and to choose your desired aperture before starting to shoot. I will say it again: take as much time as you need to focus your lens. Bad focus cannot be corrected in post processing.

Another very common mistake is to underexpose your photos of the night sky. At night, your eyes adapt to the dark, your pupils dilate, and you perceive dim lights as being brighter than they actually are. And that’s what happens when you look at your astro photos on the display of your camera. You will have the tendency of misjudging their general appearance, and you will perceive them as being brighter.

After adjusting the exposure in your preferred raw converter, your photos will be noisy and a lot less appealing as they could have been if you hadn’t underexpose them.

The fix is easy. Judge your exposure at night by checking the histogram and expose to the right. You can learn more about this technique here.

4. Investing too much money in the beginning

I know lots of people that thought astrophotography was the hobby for them and invested lots of money in expensive, high-end gear only to realise it was not really their thing after all.

I have always recommended a slow start in astrophotography. Take your first astro photos with the gear you already own, even though it might not be best suited for that. Find a local astronomy club, or local astrophotography aficionados, and go out with them.

If you don’t have a camera, but you are really passionate about the night sky and you want to photograph it, don’t wait to save for state of the art gear. Get what you can afford and start shooting. Even an entry level DSLR or mirrorless camera with a kit lens will deliver beautiful images of the night sky.

After a while, you might not be completely satisfied with your images – and I know you will constantly compare your photos with the ones taken by astrophotographers with better gear. But your photos were taken by you, and they will remind you of those beautiful nights under the stars.

With time, you will invest in better cameras and lenses. You will also know more about post processing. Finally, you might start to take better photos than the people you once compared yourself to.

This might be obvious for most of you, but it happened to me and it happened to many people I know. I had the camera set to JPEG only, forgot about it, and shot a whole night in that mode. The photos were still usable, of course, but I would have been a lot better with some raw files.

Raw files will allow you to have maximum flexibility when post processing your astrophotography, so always check what type of files you’re recording when photographing the sky.

6. Wearing a cap when polar aligning

You might find this funny and a bit stupid, but I thought it’s a good idea to include it here. It happened to me.

When doing tracked astrophotography, you need to align the right ascension axis of your equatorial mount with the celestial pole. This is usually done by looking through a small telescope called a polar scope.

Don’t wear a cap (or, at least, turn it around so the peak is at the back) when doing this procedure. You might bump into the mount with the visor and that will be exceptionally frustrating if it happens after you have already done a pretty good alignment of the device.

7. Not knowing the stars

That’s actually a mistake made by more and more people today. I think that knowing the sky and its basic movements is paramount if you want to call yourself an astrophotographer.

Take your time and learn the constellations. Also, learn to identify planets in the sky and familiarise yourself with the basic movements of the sky. Understand what you photograph in the sky – it’s not hard, and you learn lots of cool things.

Don’t worry – you will still make mistakes when doing astrophotography. And that is totally fine. You will learn from them, and you will become a better astrophotographer. Clear skies!