How to Use a Histogram for Better Star Photos 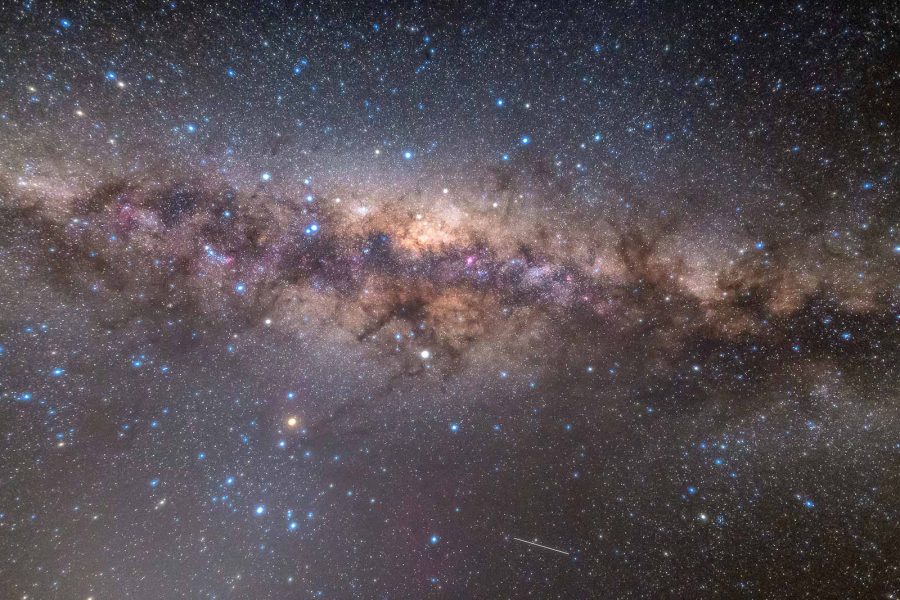 When you take photos with a digital camera during daytime, it’s quite easy to estimate if you got your exposure right by taking a peek at the photo on the display on the back of the camera. You might think that the same it’s true for astro and night photography. You take a photo, you have a look at it on the display, and you decide if you increase or decrease the exposure, ISO or aperture accordingly. But it’s not that easy for photographers out in the dark. This article will look at how you can use you histogram to ensure you take better night photos with the correct exposure.

At night, your eyes adapt to the dark. Your pupils dilate and you actually perceive dim lights as being brighter than they are. That’s what happens when you look at your star photos on the display of your camera. You will have the tendency of misjudging their general appearance and you will perceive them as being brighter.

You go back home, download the photos to your computer, and suddenly they don’t appear as bright as they seemed the night before when you were reviewing them on location. They all look underexposed.

You adjust the exposure in your raw conversion software, and you do your best to recover some details in the shadows. Great, the photo looks as you intended. But now it’s a lot noisier, especially in the shadows. 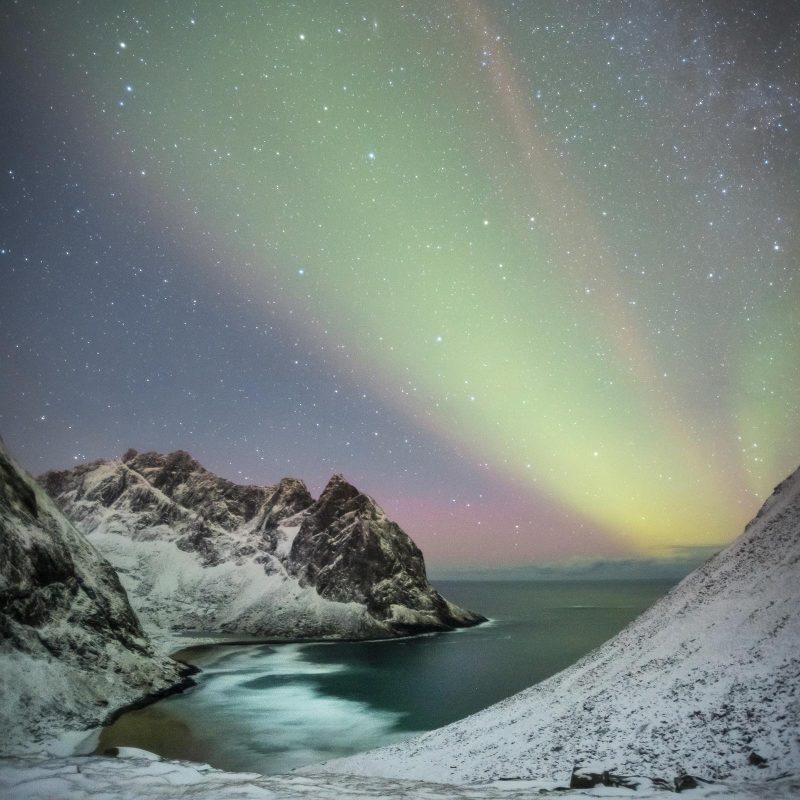 How can you get around this problem? It’s quite easy, actually. All you need to do is learn how to read your histogram properly, and you’ll find that it becomes very, very helpful for these kinds of scenarios.

What is a histogram in photography?

What’s a histogram? Technically speaking, a histogram is a graph that shows the distribution of some kind of numerical data. Imagine you have a wall divided into a certain number of squares and you repeatedly throw a ball at the wall. You count how many times the ball hit each square, and you graph those values.

As an example, let’s have a wall with 8 squares. We throw the ball multiple times and we count the number of times our ball hits each of the 8 squares. Our histogram might look like this:

Basically, a histogram is like having a collection of bins containing the same kind of things and counting the number of whatever things are in the bins. Nothing fancy or complicated to grasp about a histogram.

So, pixels to the left of the histogram are black and the ones to the right are white. On the vertical axis of the histogram we will have the number of pixels that have a certain value. Depending on the amount of bright, dark and midtone areas of a photo, the histogram will have some peaks (or mountains, as we sometimes call them) at different positions.

This is true most of the time, but there are situations when they are not. One good example is a photo of a skier when there’s nothing but white snow around the skier. That photo will have a very heavy histogram on the right side, but the photo will not be overexposed.

Generally speaking, I would not suggest you to judge the correctness of your exposure for daytime photography by using only the histogram. 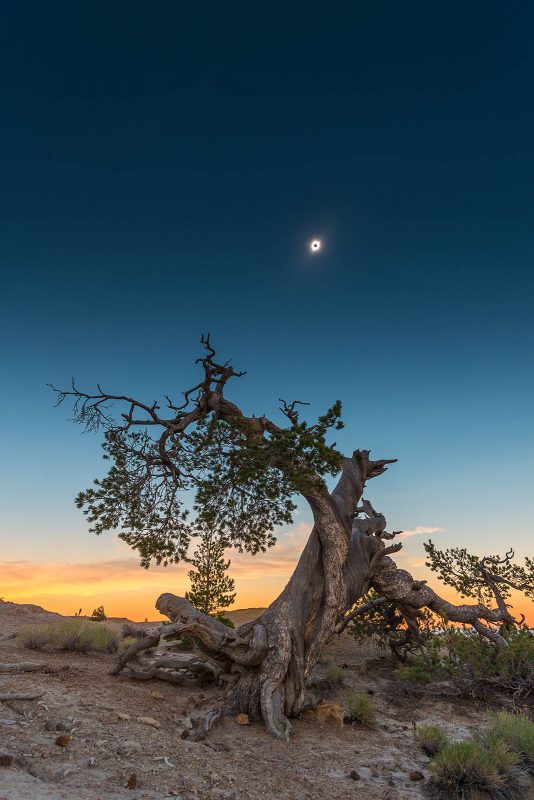 There are lots of tutorials out there that will tell you that you should try and do your best to preserve the highlights in your digital photos and maybe underexpose your photos by a tiny amount. They might apply to daylight photography, although personally I choose not to do this. But, at night, it will be pretty tough to blow out any highlights. 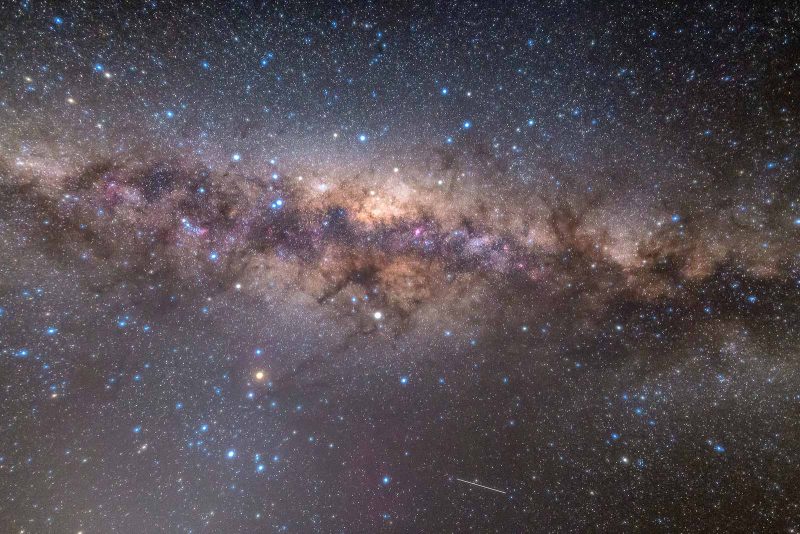 You might have heard this before. I am not the first one to say that, and “expose to the right” should be some sort of motto for landscape astrophotographers.

Most digital cameras will allow you to show both the photo and its histogram while reviewing the images that you have just taken. If you want your star photos to look better, be sure to enable that feature as that’s pretty much the only way of checking your exposure at night. If you don’t know how to enable this feature, check the manual of your camera.

Most of the pixels in an astrophoto will be concentrated in the left part of a histogram, because most of the area of the photo will be covered by the sky. So, the histogram will have a mountain close to its left side. Our goal is to shift that mountain to the right.

But by how much? That’s tough to answer. But, having that mountain about 1/4 to 1/3 from the left hand side of the histogram would probably be the best option.

The shutter speed can be reduced just until the stars start trailing, and the aperture can be opened until the image starts degrading too much in the corners.

Then we are left with ISO. I have seen lots of people being afraid to set a high ISO on their cameras. They will just shoot at a low ISO and then recover the shadows in post processing. But, believe me, that’s the biggest mistake. An underexposed image at a lower ISO will show more noise in the shadows than a properly exposed photo at a higher ISO.

Let’s take the next photo as an example. It’s a shot of the Northern Lights above the lake Ågvatnet in the Lofoten Islands, Northern Norway.

In Adobe Lightroom, I increased the exposure of the photo on the left by one stop. Let’s now compare the two photos at 100%.

The photo on the right has better detail than the one on the left. So, yes, a higher ISO can generate a cleaner image if your exposure is correct.

Ultimately, I would like to remind you that this article is just a guide and it does not represent a strict way of doing things.

Sometimes you can get very beautiful results in astrophotography with a histogram that is very different to what was shown here. But this is a starting point and you can let your creativity take control. 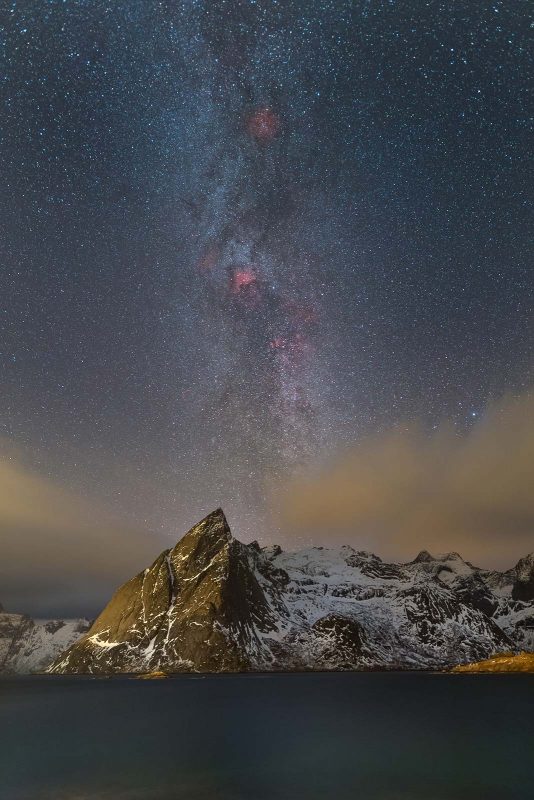