Understanding Histograms and How to Use Them 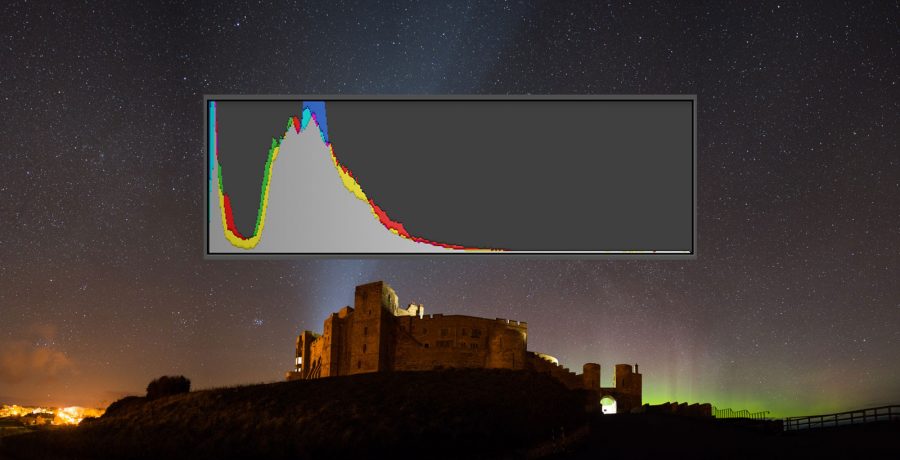 Home » Photography Tutorials » Basics » Understanding Histograms and How to Use Them

Whilst histograms are a fairly basic part of photography, they’re easily overlooked. Don’t worry if you have no idea what one is or how to use it! You don’t need to use a histogram to be a good photographer, but they can be very handy in certain situations. This tutorial will look at what a histogram is, and how you can improve by understanding histograms.

Most cameras nowadays will display a histogram when you are reviewing photos, and some will go as far as to display a histogram live on the LCD whilst you are taking the picture with live view. Histograms will follow you through from the camera into your editing software, sitting happily in the corner and changing around as you edit your photos. But what are they actually showing?

What is a Histogram?

Histograms are a visual representation, on a graph, of the different tone values in your image. They display everything from black at 0% (on the left of the graph) to whites at 100% (on the right of the graph). Midtones describe the area in the middle, and they are neither light nor dark.

The LCD on the back of your camera is fairly small, and it can be difficult to properly check every pixel to see if it is underexposed or overexposed. Histograms allow you to get an overview of the entire image very quickly, letting you decide whether or not you need to retake the photo. They should help to prevent that sinking feeling when you get home and find a photo isn’t properly exposed!

Now you know what a histogram does, let’s have a look at it in reality. 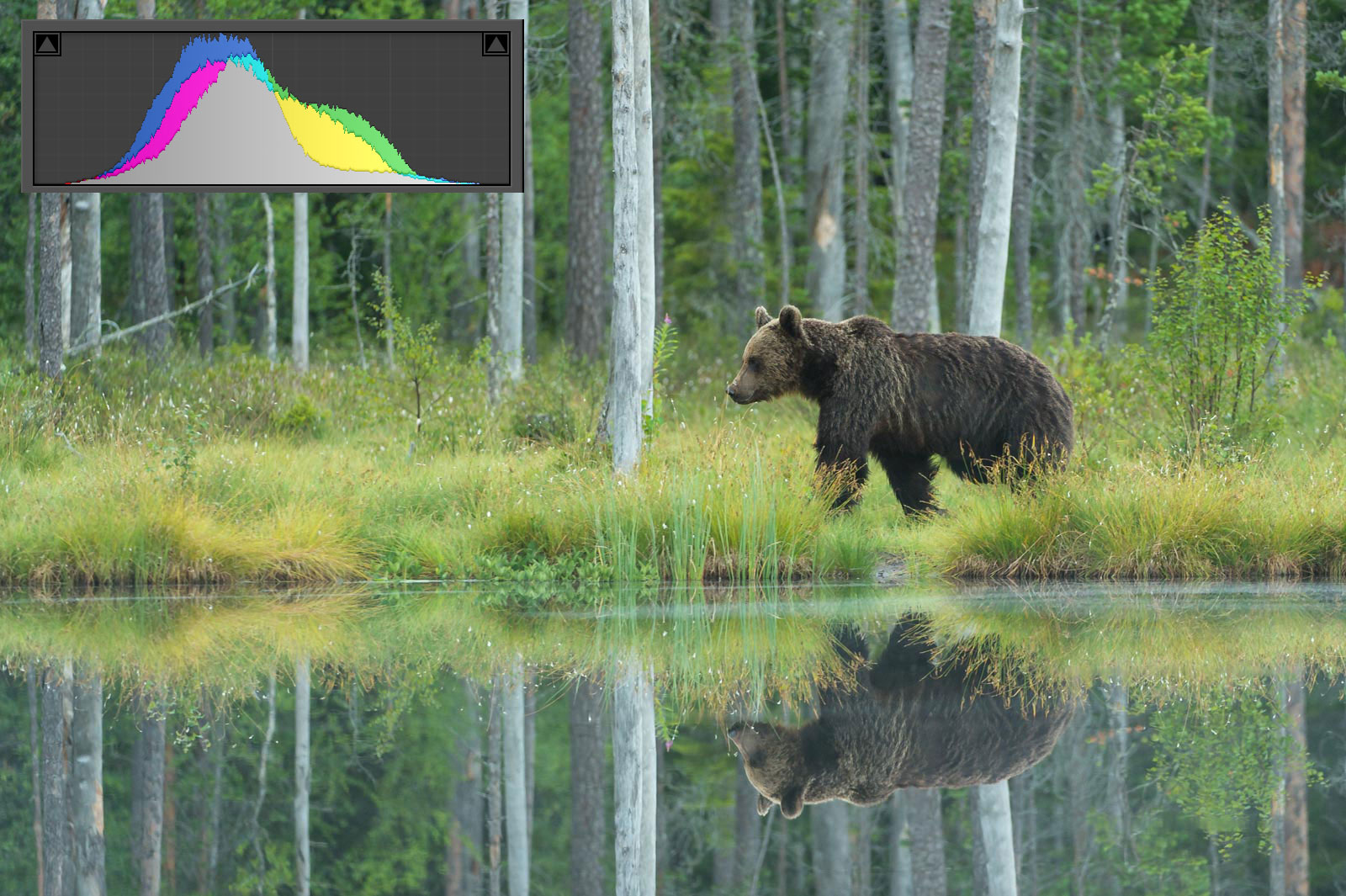 The first histogram you saw in this article was from this image of a bear wandering past a lake. It’s well exposed, and the histogram is bunched mostly in the centre. There are no over or underexposed areas, hence the lack of peaks at the very edges of the graph. Good! 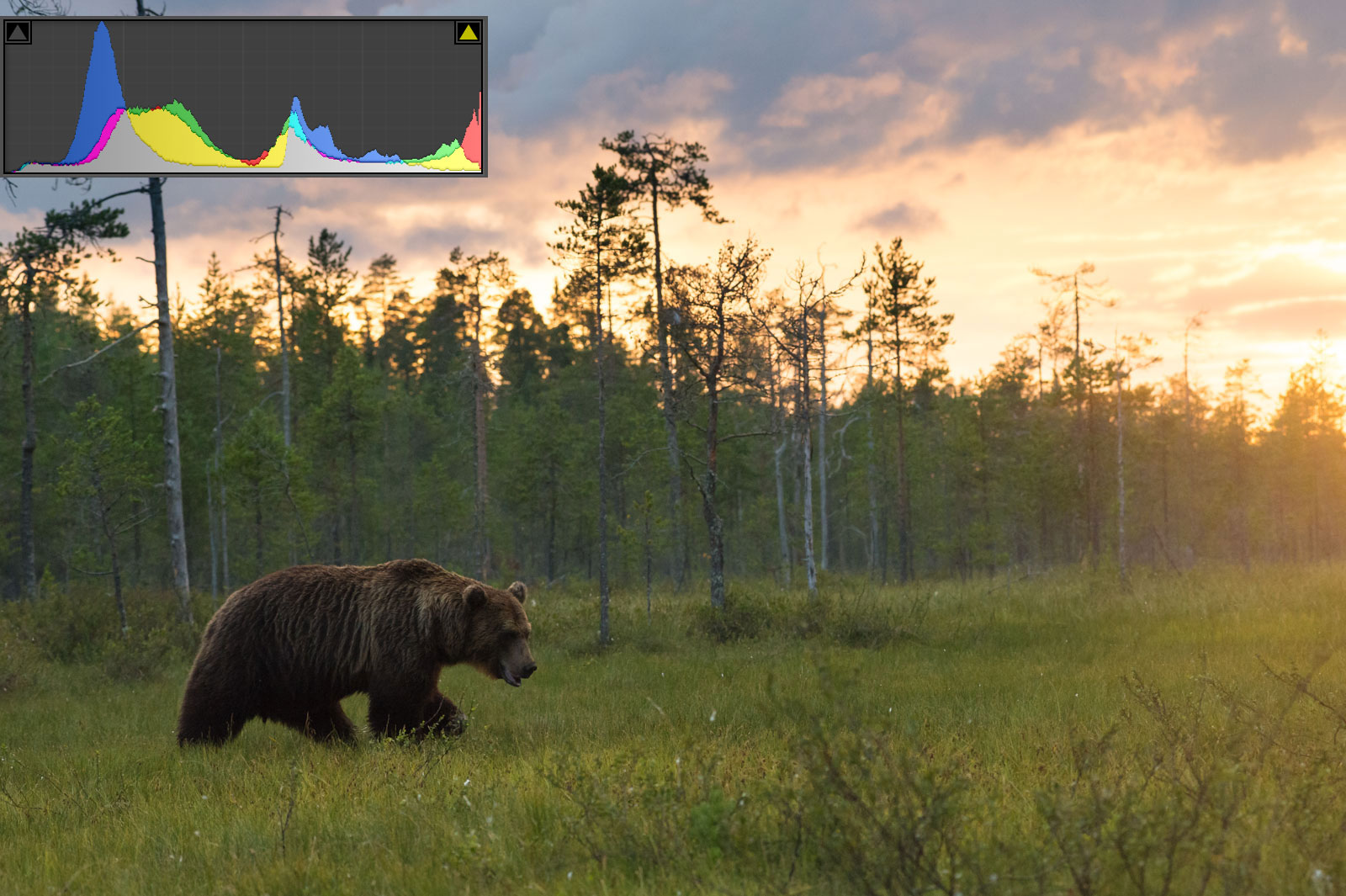 The spread of the histogram in this image is much greater. The high peaks in shadows reflects the body of the bear and the dark colouration, particularly around the legs. The peak to the right of the graph is touching the edge, showing some slight overexposure. This is with regards to a couple of patches in the sky around the sun – something basically unavoidable in this case. But notice that nothing is underexposed, hence the lack of peak touching the left side of the histogram.

When a peak is touching the edges of the graph, this shows you that something is under or overexposed. Touching on the left means underexposed, and on the right means overexposed. This is usually a warning signal, telling you to retake the photo and optimise your histogram. The below comparison should help you to visualise this ‘clipping’.

Clipped areas are void of any detail: they are either completely black, or completely white. The above comparisons show that not all of the image in question is poorly exposed – there is still a good amount of detail in the midtones.

Sometimes it is totally unavoidable. If you have the sun in your frame, for example, you can’t avoid having some areas of white. You’d see clipping, but this doesn’t mean the photo isn’t exposed to its optimum.

Top Tip: See those triangles in the corners of the histograms? If you are using Lightroom, switch to the Develop window and click them to visualise the clipping. It’ll then highlight all the areas on your photo that are over or underexposed.

Is There Such Thing as a ‘Good’ Histogram?

You may come across some photographers that are ‘perfectionists’ about their histograms. Any image that doesn’t have a nice, neat histogram with the majority of peaks in the centre may be deemed ‘bad’. But this simply isn’t true. Histograms are a great guide for exposing your photo, but it entirely depends on the situation at hand. Here are some examples of properly exposed photos with ‘bad’ histograms. 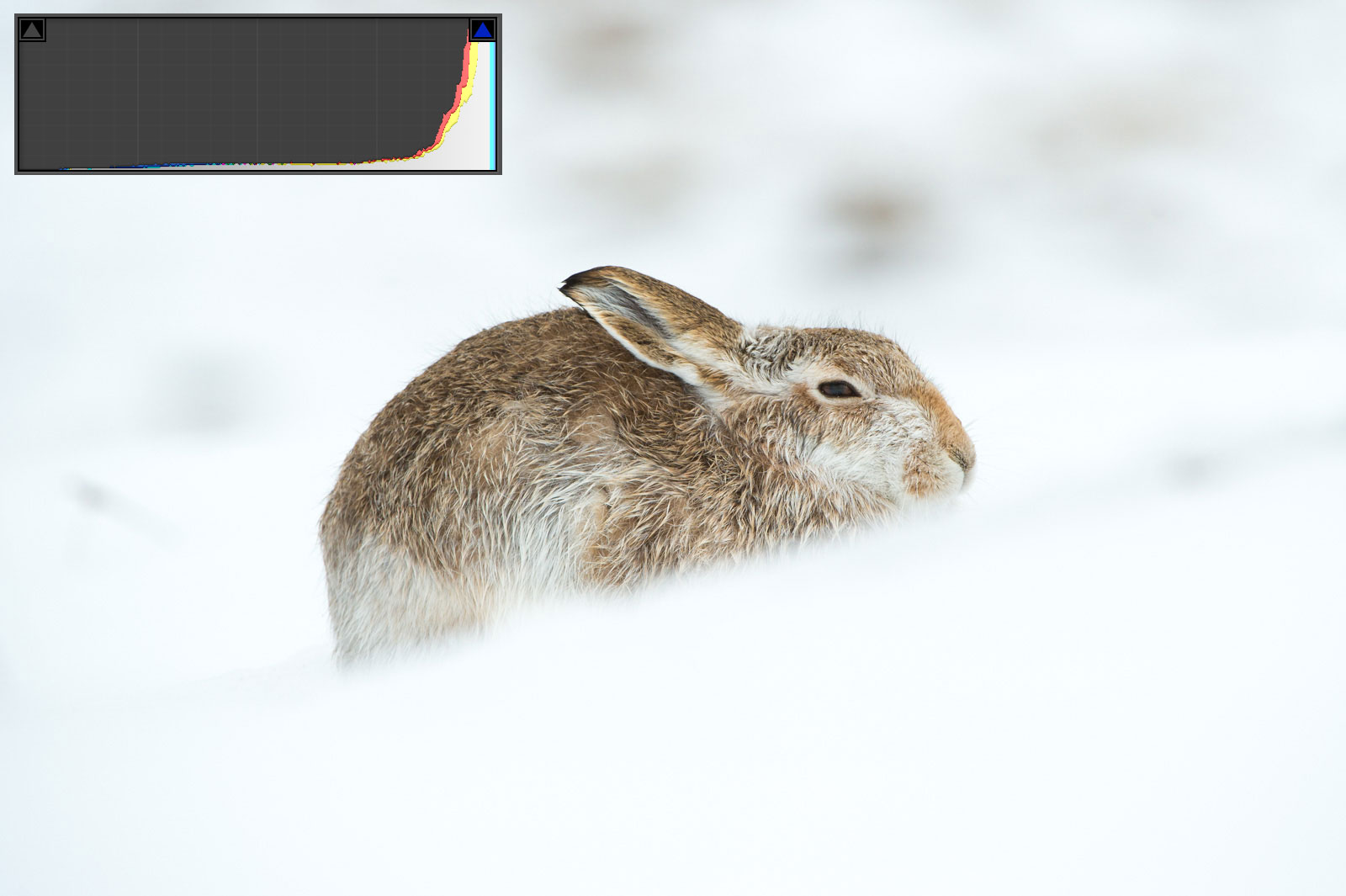 This image of a mountain hare shows all of the peaks over towards the whites, on the right of the histogram. It even shows some clipping. Surely this must be awful? Well, in my edit I’ve actually pushed the whites up right to the edge, giving a proper white colour to the snow. If the whites were left lower, to avoid any clipping at all, the snow just looks fairly grey.

If you’re shooting on snow, you’ll often see a histogram like this. The majority of the scene is white, so the peaks are very strong to the right. It doesn’t mean the histogram is ‘good’ or ‘bad’. This will be extremely apparent if you are shooting using a high key style, where you purposely blow highlights in the image.

The same goes for strong peaks at the left of the histogram. Perhaps you are shooting a silhouette or strongly backlighting your subject. You may find that you get a similar distribution to the hare above, but bunched on the left.

Don’t rely on your histogram when deciding whether or not a photo should be deleted. Just because the distribution isn’t ‘normal’, it doesn’t mean it isn’t properly exposed. However, you should always be aware of clipping at either end – that is where their real strengths are. If it isn’t intentional, adjusting your settings to counter this will help to create a better exposure. If you see the shadows being clipped, brighten your image slightly. If you see the highlights being clipped, then you’ll need to darken it a little.

It is usually landscape photographers that find themselves understanding histograms the most. They are more useful since their subjects tend not to haul anchor and run around. But paying attention to your histograms during post production is something both wildlife and landscape photographers can do, ensuring that no tones are blown out. If you haven’t calibrated your monitor, histograms are a good way of making sure that you aren’t unintentional causing clipping during post processing.

Some photographers find histograms totally unnecessary, instead relying on their eye. Personally, I rarely have time to look at the histogram when in the field. Wildlife moves just too fast to make this feasible. Don’t panic if you’ve not used them before, and don’t feel that you need to entirely change your process either. Just make sure you understand them, and know that they are there to help you should you need it. 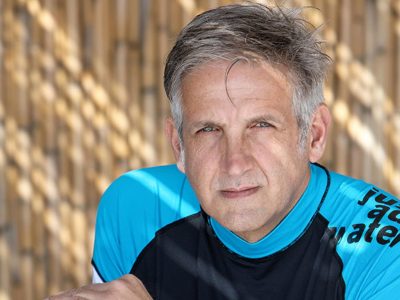