Tender Moments With Lions in the Rain 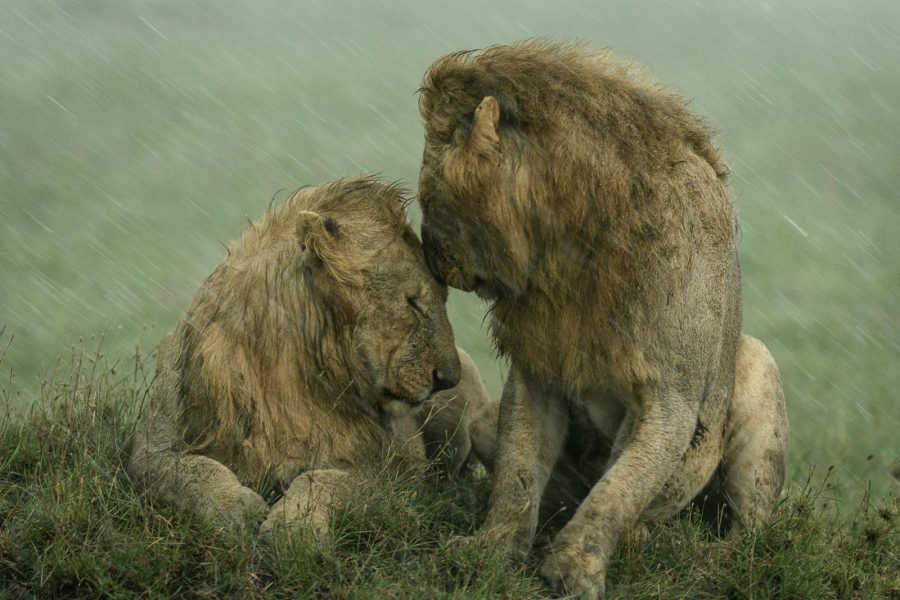 Home » Inspiration » Wildlife » Tender Moments With Lions in the Rain

It’s taken three flights and two days to get here. It’s warm in the small plane.

I’m not sure if the butterflies in my stomach are motion sickness from the tiny prop plane or the excitement looming – it’s probably a bit of both.

We are packed in tightly wearing our big hats, dressed head to toe in olive and khaki, attempting to look our safari best.

Peeking out of the window, looking down upon the grasslands, I’m hoping to catch the first sight of a water buffalo, a hippopotamus, or a zebra.

Touchdown in the Maasai Mara

When we land and step out onto the dirt runway, we’re surrounded by a slight cloud of dust.

As it settles, I notice that surrounding us are six or seven Land Cruisers and dozens of men wrapped in red Shukas, dripping in brightly coloured beads from their necks and wrists.

Something already feels different here, an almost out-of-body feeling. It’s as if I’m stepping into a world I’ve only read about in books or seen in the movies. 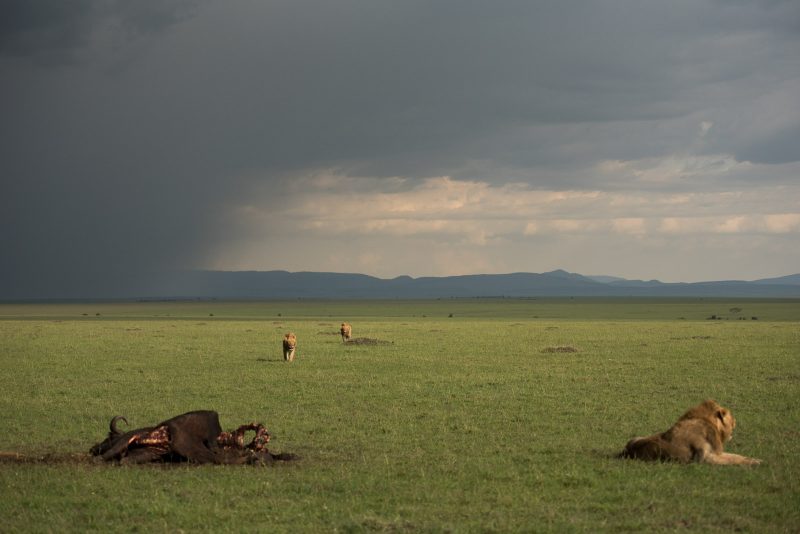 It was March of 2017, my first time in the Maasai Mara, and Kenya. I had been on safari to South Africa before but pulling out into the Mara was like immersing myself into a scene straight out of The Lion King.

There is much less brush here and the plains are wide open, sprinkled with acacia trees.

Twenty minutes after arriving, we happened upon a couple of giraffes roaming about. I nearly lost it – I became a kid again so quickly at that moment, the emotions of wonder and amazement flooded me. Tears began rolling down my cheeks.

For me, there is nothing as magical as seeing wild animals in their natural habitat, free, and where they are meant to be.

We were nearing the end of our week-long safari and it was our second to last evening drive. The sky was getting eerily dark and storm clouds on the horizon were rolling in. 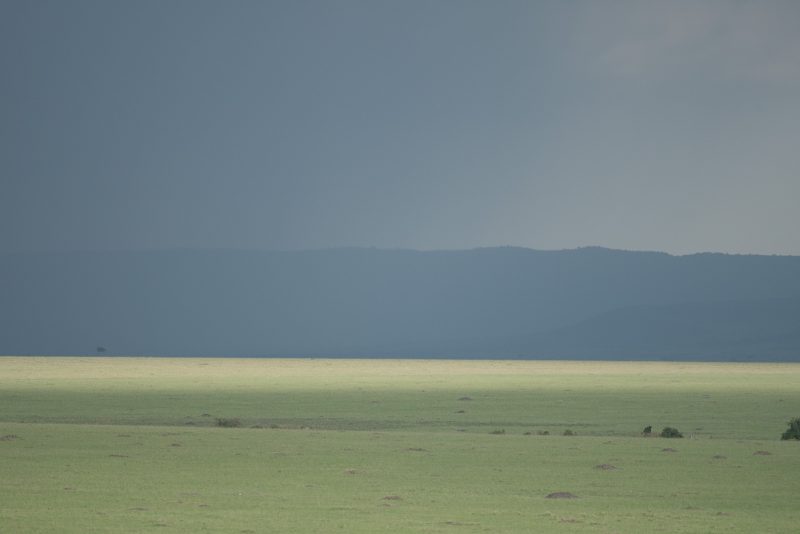 We had been sitting for a while watching a male lion as he napped when it began to sprinkle. In the distance, we could make out another male approaching.

Suddenly the skies opened, and the rain began to fall very hard, and very quickly.

Water was coming into our vehicle. I quickly dug around in my bag to find the rain cover for my camera and 300mm lens. I managed to get my gear stuffed into the huge Ziploc-looking bag. 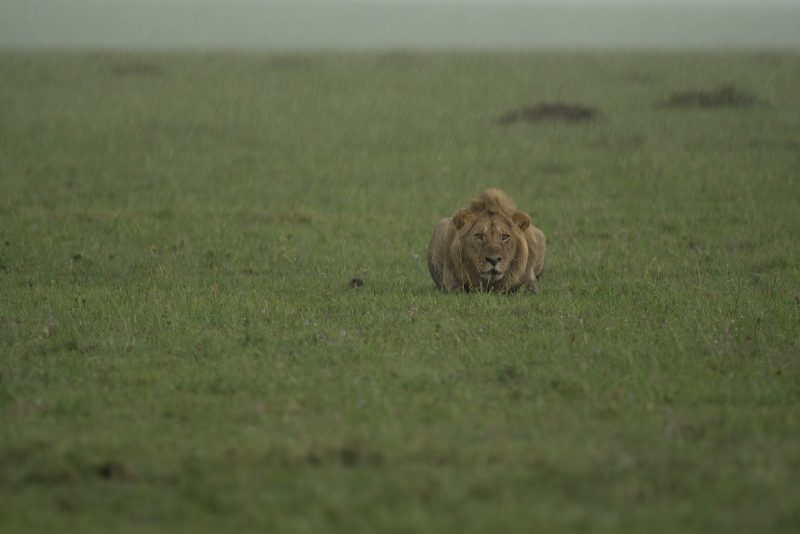 I lifted my camera back onto the beanbag in the window and waited. Once you watch lions long enough, you know that they generally come in for a nuzzle upon greeting and I wanted to make sure I was ready for that moment.

Amid the chaos, I thankfully managed to change the setup on my Nikon D500 to slow down the shutter to 1/200 to try and grab some of the effects from the rain.

Then, with a bit of patience and luck, the lions nuzzled. But it was slightly longer than a typical greeting.

They sat for a few seconds head-to-head; it felt to me like one was providing shelter from the rain to the other. They stayed next to one another for a few minutes as the rain came in, even more heavily. 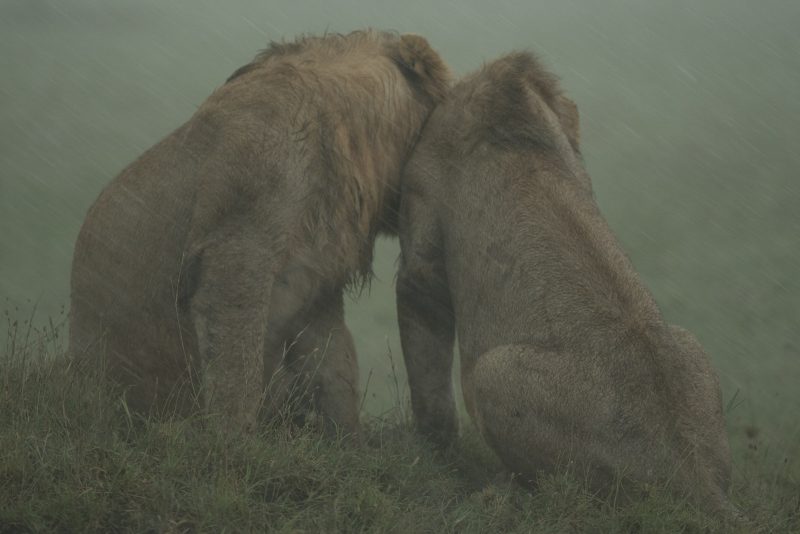 Eventually, water was coming in from the ceiling and sides of our car and we could barely see a few feet in front of us. The lady next to me in the Land Cruiser got water into her camera and it completely died, preventing her from capturing any photos.

It was time to go.

As we made our way back to camp, I was finally able to exhale a little. It was such a crazy few minutes with the rain, trying to protect my gear, while also witnessing such a tender moment.

I had no idea if I had gotten a decent shot. Heading back, I began to scroll through the images on the back of my camera, as we slid around the car bumping through the puddles.

Then, I saw it – my heart stopped.

I had gotten the shot! I was thrilled. It was such a beautiful image. One that I feel truly captured the emotions of one of the most special moments I’ve witnessed between animals. 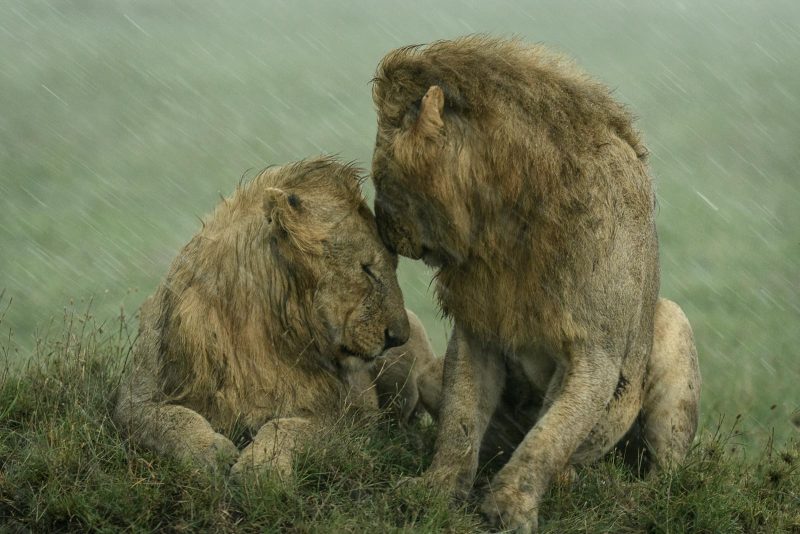 It had all happened so quickly; I was and am so happy to have this capture. When we got back to camp that night, we all shared a few photos from the day, and this one was clearly a favourite amongst my fellow photographers.

My trips to Africa have changed me. I have a fast-paced professional job and it’s rare that I can sit still for a moment. But being amongst the wildlife, I can sit for hours and clear my mind – almost like meditation.

I am so thankful for the opportunity to be with them in their habitat versus seeing them in mine. 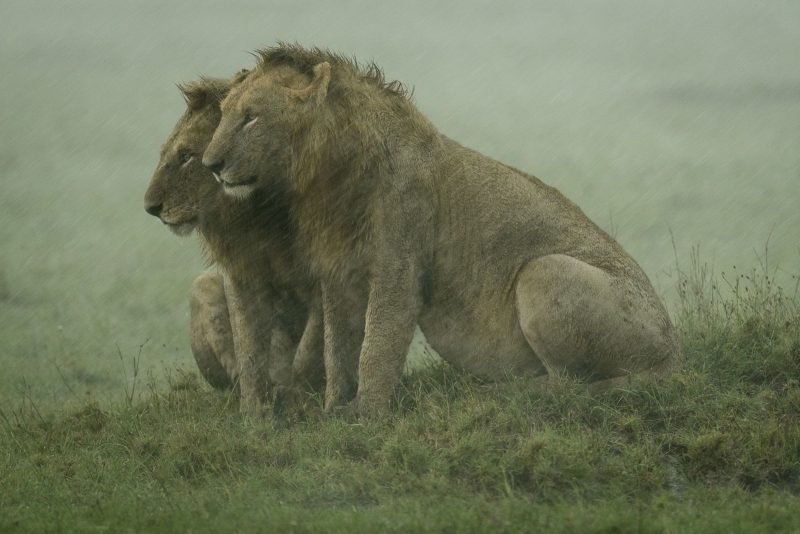 Through photography, I hope to bring more awareness to the beauty and magic that exists when they run free in their homeland and how important it is for us to protect them.

Every time I go to Africa, it’s devastating to hear stories of poachers destroying parts of the wildlife population and putting some species further at risk of extinction.

You cannot imagine the excitement when my image was selected as one of 25 in the Natural History Museum’s Wildlife Photographer of the Year People’s Choice Awards.

Ultimately, the photograph was named Highly Commended in the top 5 images in the category.

It’s a true honour to have something so meaningful to me appreciated by others. I hope it evokes powerful emotions in you as well.

I truly found a new part of myself in the Maasai Mara.

It sits in the quiet and breathes the same warm, dusty air as the leopards and lions. It is the part of me that wants to capture every moment I can to bring back home, through images in my camera and my mind.