Safari Photography: How to Take the Best Photos on Safari 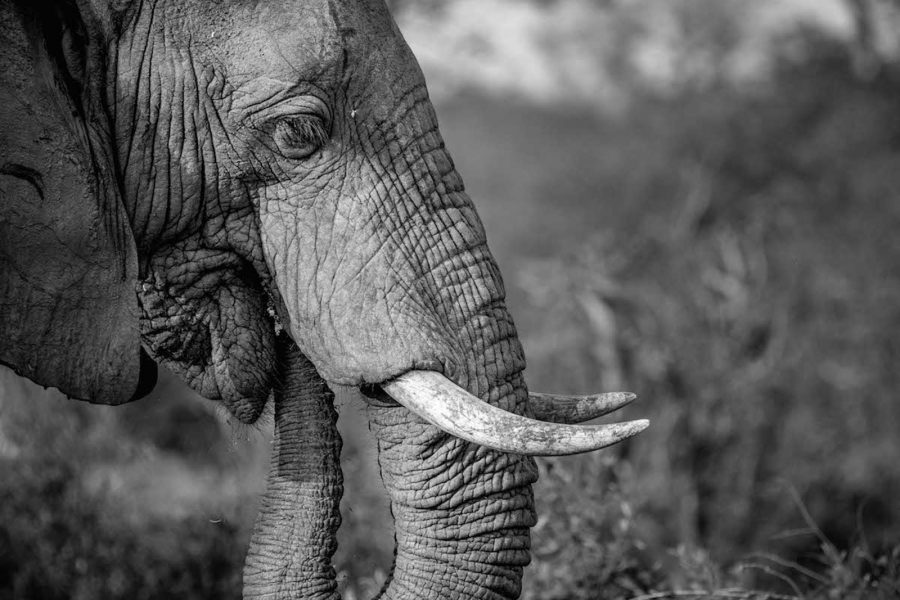 For anyone going to Africa for some safari photography, spotting the Big Five – the lion, leopard, elephant, rhino and buffalo – is a clear aspiration. While the term ‘Big Five’ used to refer to the most dangerous and challenging animals to hunt, the guns have now been replaced by cameras as these five animals continue to be the most prized shot. But how do you capture these animals at their best? Wildlife photographer Alan Hewitt, who facilitates regular African photo safaris, shares some insider tips.

For Alan, capturing the Big Five is so “awe-inspiring due to their physical presence” and he believes that, as a photographer, you will never forget encountering a lion or elephant from close range. Wildlife photography takes a great deal of skill, patience, planning and perseverance. According to Alan, a photographer should “get in the right place at the right time, learn about species and their habits – a bit of field craft goes a long way to capturing behaviour on camera.”

Take your time and stick with a subject for as long as you can (as long as you aren’t disturbing it). By studying their behaviour, you will be able to anticipate the shot and prepare to capture animals in action. Alan regards action to be what makes wildlife photography stand out as well as any photograph that “shows a species in the context of its environment, be it habitat, interaction with other species or its impact on surroundings.”

But each individual animal, with their distinctive features and behavioural traits, requires a slightly different photographic approach. With that in mind, here is a look at some top tips for each of the African Big Five. 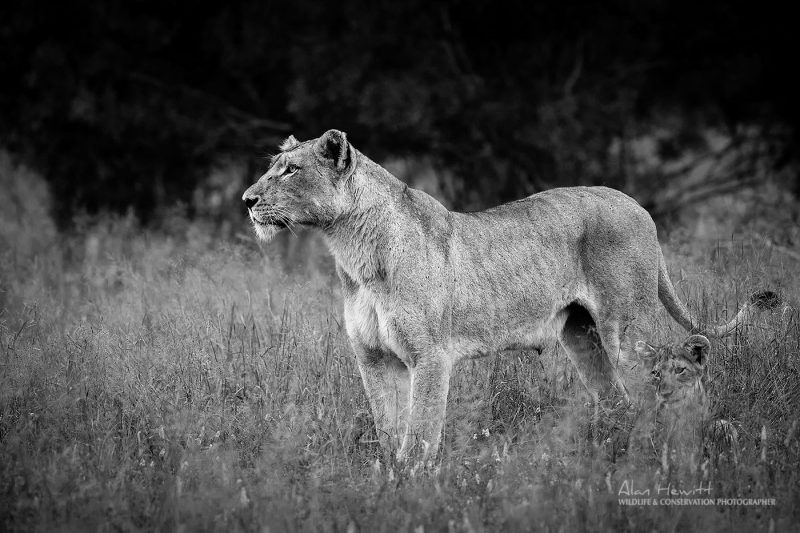 When it comes to safari photography in Africa, there is no doubt that the prestigious lion is often the most sought after shot. The king of the jungle is regal and the favourite safari model, inspiring photographers to seek out a multitude of different compositions. Whether it is a charismatic profile shot or a bestial photograph on the kill, Alan recommends getting up and out early in order to get the best lion images.

“Lions are often inactive during the day so stay out until the light has gone,” he says. Keep in mind that shooting the surroundings is also rewarding as it can show more than just a gory shot of their kill, and it can even lead to a great photograph of the hidden cubs. “Cubs often are hidden away in foliage,” resulting in playful photographs of the cubs behind branches or grass. 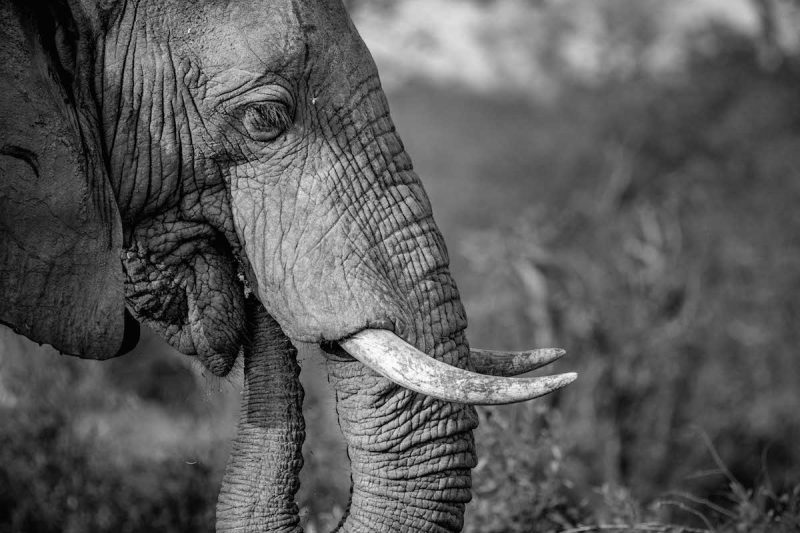 These majestic animals are wonderfully photogenic. Don’t be intimidated by an elephant’s size and risk getting stuck only photographing them from afar. Instead, experiment with different lenses to capture a variety of characteristics.  According to Alan, “use a wide angle to capture the whole herd and a telephoto to get in close and photograph their incredible skin textures.” Get close to capture their creases and wrinkles, which can make for interestingly abstract yet intimate photographs. Play around with black and white to add more depth. Similar to lions, a baby elephant will hang around its herd and primarily near the mother, so be on the lookout for those endearing shots. “Look for interaction between mothers and babies and be ready for the comical and cute mock-charge from young ones,” says Alan. 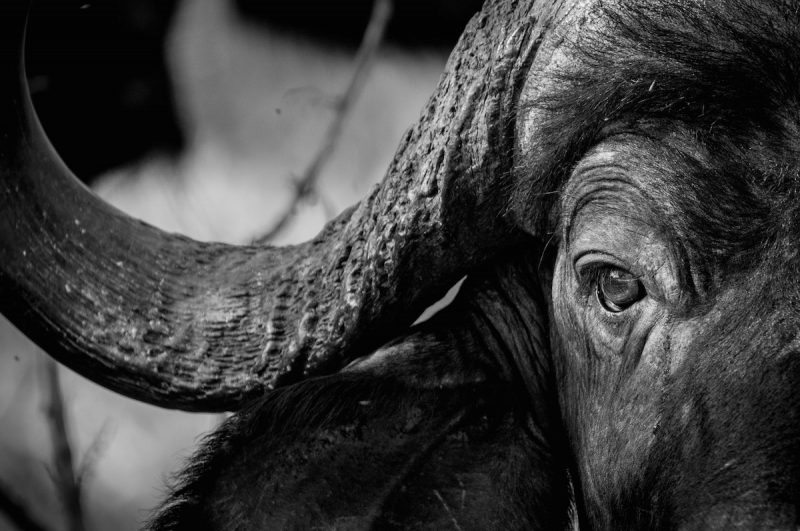 Thought to be the most unattractive of the Big Five, buffalos actually offer a chance for you to get some original photographs. First, you will want to be careful with your exposure, as the animals’ dark bodies will challenge your camera’s light meters – and may even risk over-exposing the rest of the photograph. Once you figure out your correct lighting, Alan suggests “looking to include the interactivity of other species with buffalos, for example birds like oxpeckers, which feed on sores and wounds (plus ‘groom’ buffalo of insects).”

Another tip is to focus on only one of the buffalo’s features and frame just one side of the face, such as capturing the eye and curving horn. This will make the seemingly unphotogenic animal look rather imposing and impressive. 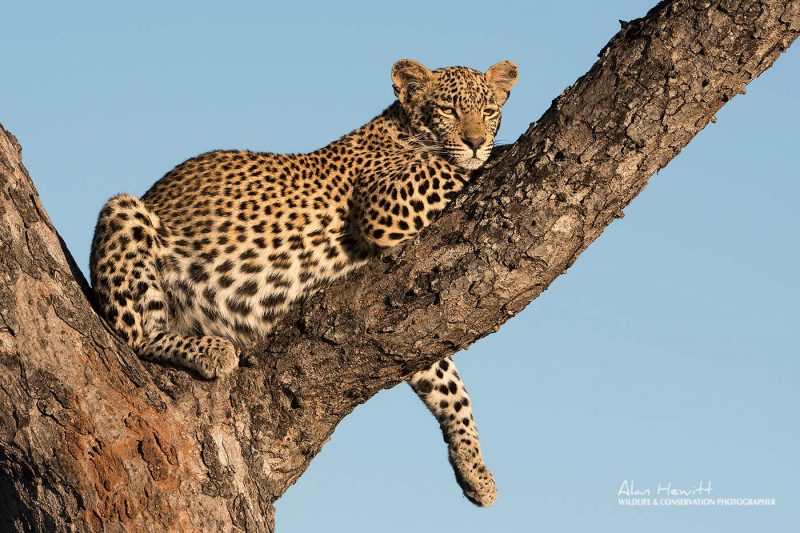 This spotted creature is famously elusive, and the hardest to spot of the Big Five. But perhaps the trick is to look up? Alan has learned from a lot of safari photography experience that leopards tend to spend their days in trees.

“Not only do they hang around the branches, but they also store their kills in trees and are likely to return to them to feed, making for some active and animalistic shots,” says Alan.

This cat lends itself to great black and white photos to make the varied rosettes and piercing eyes stand out. 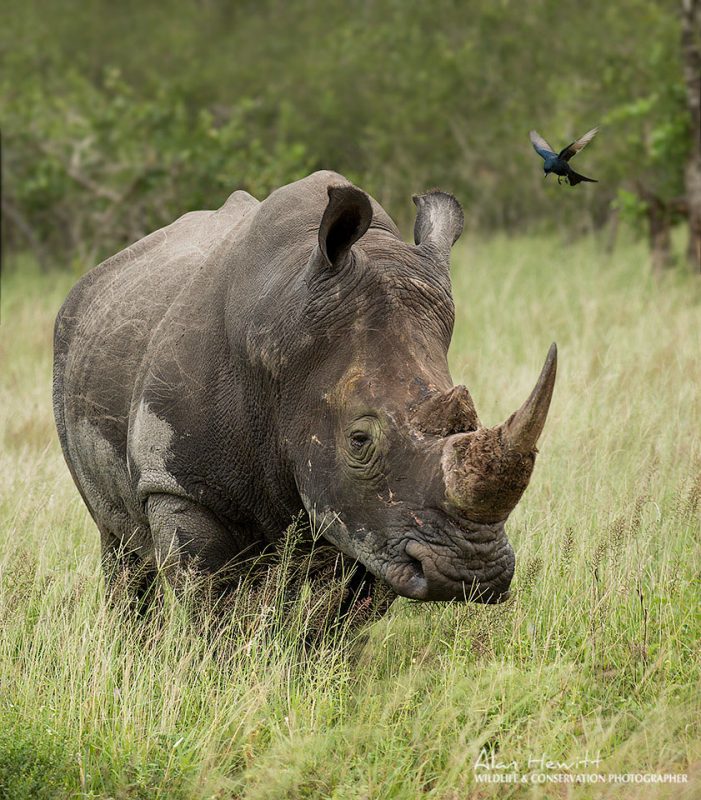 Discover an African photo safari on the Nature TTL Hub

Each animal and situation is different and should then be approached differently. Alan has found that “white rhinos are more active during the day, and black rhino more in the evening.”