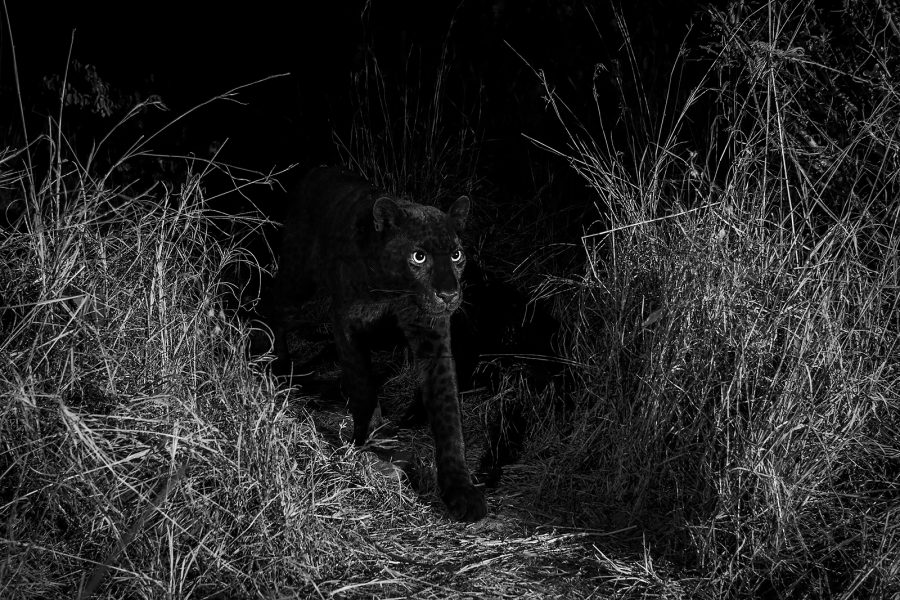 Today, wildlife photographer Will Burrard-Lucas has announced the upcoming release of his new book The Black Leopard. The book tells the story of his time working with the rarest animal he has ever photographed.

Will first released a photo of the elusive black leopard in 2019, describing it as “not only the most stunning creature” he had ever photographed, but also “the rarest by far.” 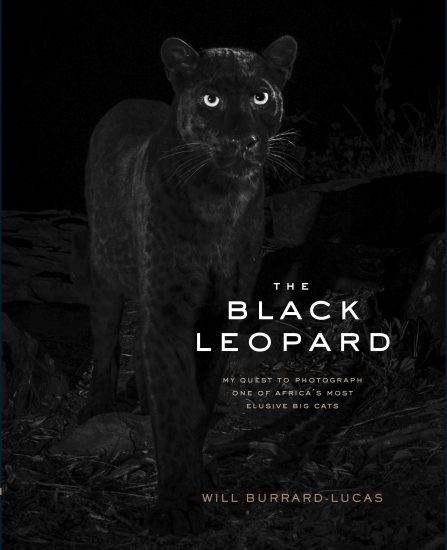 The initial photograph took the internet by storm, but it did not mark the end of Will’s journey with the black leopard. Will knew that the chance to continue working with the rarely seen African black leopard was potentially a once in a lifetime opportunity, so he returned to Kenya with the aim of expanding his portfolio of images of the animal.

Will has built a reputation for pioneering new techniques in the world of camera trapping, even developing his own equipment to suit his needs in the field such as the Camtraptions PIR sensors and the Beetlecam. In his blog, he describes a growing fascination over the past decade with capturing camera trap images showing animals under a stary sky, with his early examples showing less elusive animals such as a pride of lions lying under the stars. 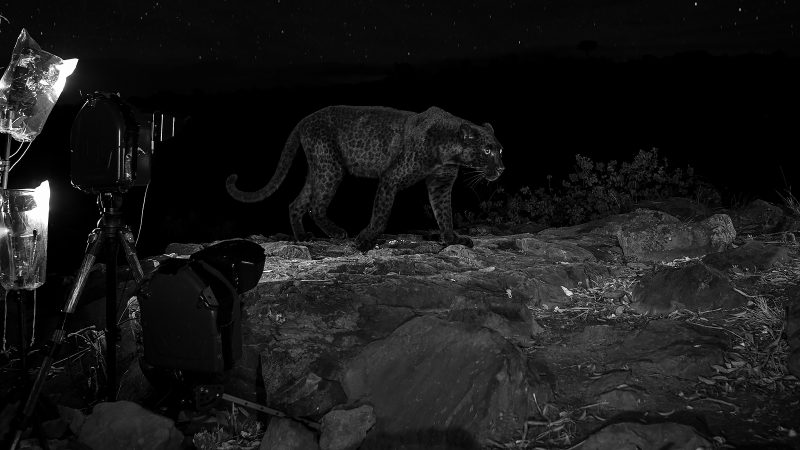 When Will returned to Kenya, he worked closely with a small team of local people. The team were able to assist him in scouting locations for his cameras with clear views of the night sky, and helped him keep his lenses clean and cameras running when he was not around. At any one time, Will had between 5 and 7 camera traps set up at different locations known to be in the black leopard’s range – with most of them angled to capture a portrait of the black leopard with the night sky in shot.

In the book, Will tells the story of the challenges he faced in getting the shots that he had envisioned as the rare black leopard was pushed out of its original range by a larger spotted male that had moved into the area. This resulted in months with no successful images, other than those of the large spotted male who now inhabited the range. As time went by, the rainy season set in and pushed Will’s vision of the black leopard under a starry night sky further away. 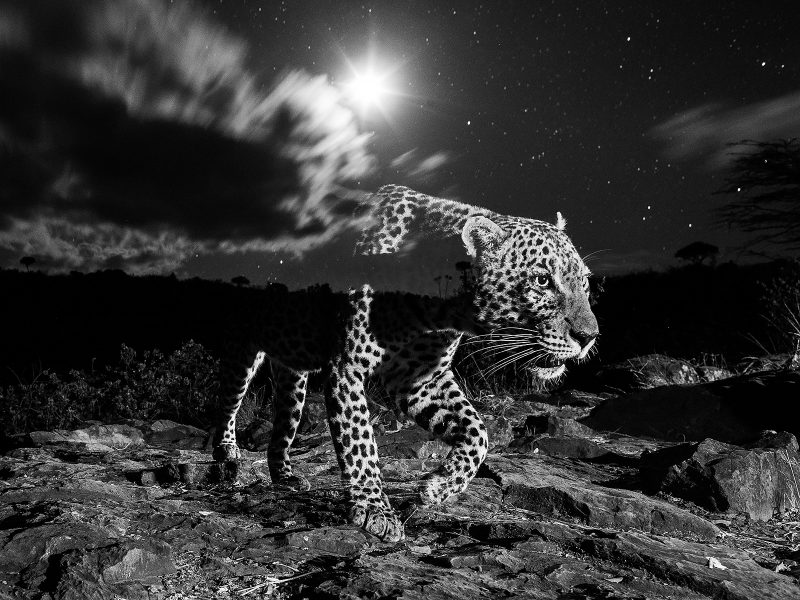 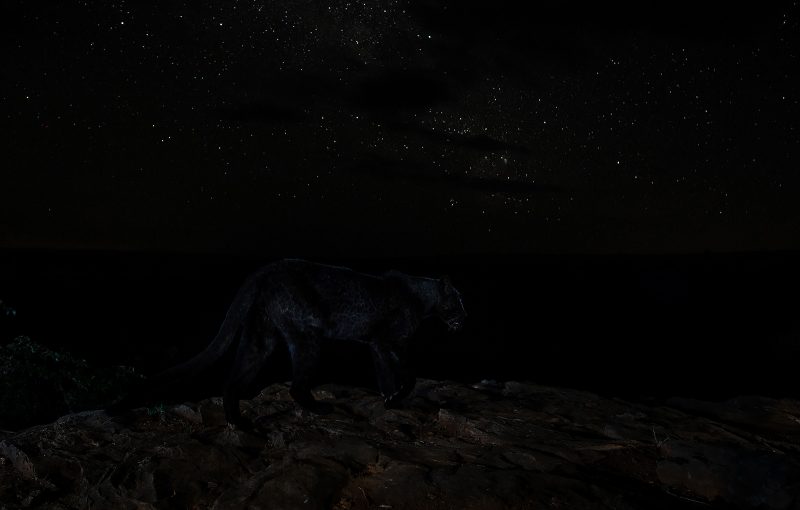 But after months of persistence Will’s hopes of capturing the black leopard under the stary night sky became a reality, Will was able to capture a series of images that are now featured within his new book The Black Leopard.

Will has given his thanks to the team of local people who assisted him in getting the series of photographs that feature within the book: Luisa Ancilotto, Mohammed Parasulan, Patrick Lempejo, Evelyne Wanjiru, Pauline Catherine Wambui, Komit Roitii Ponut, Sinkan Kiloku, Jonathan Lekishon, Peter Parasulan, Simon Itodo, and Peterson Maina. 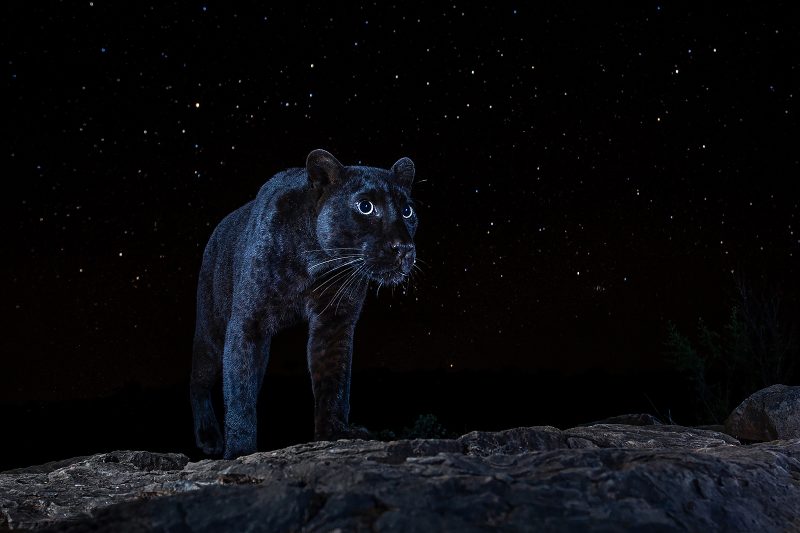 To read Will’s full account, outlining his journey in getting these photographs head over to his blog. The Black Leopard is now available for pre-order here.