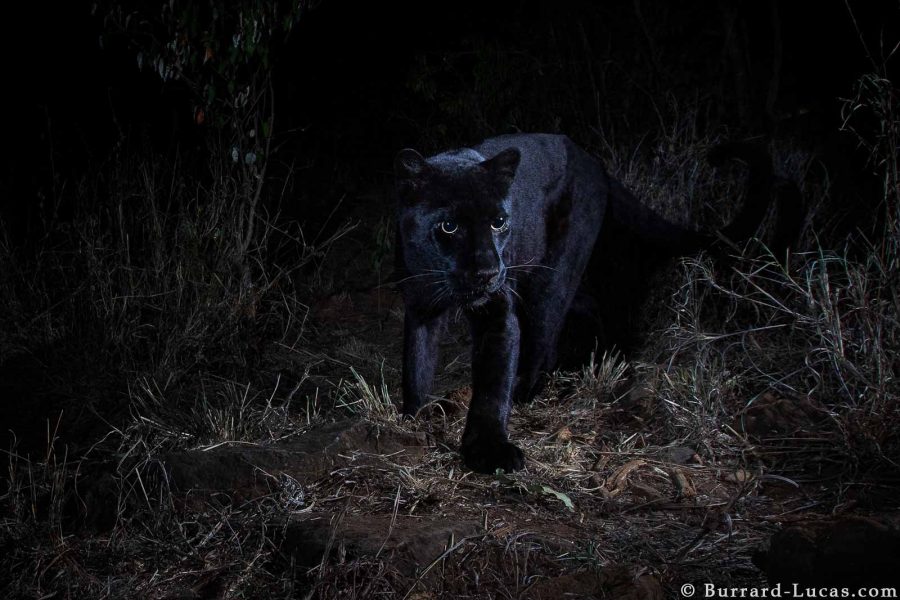 A rare black leopard has been captured in a stunning series of camera trap images. The images were captured by wildlife photographer Will Burrard-Lucas, and appear to be the first time that such a black panther has ever been photographed in high-quality images. Previous captures have either been taken from a great distance, or with poor-quality trail cameras.

Taken at the Laikipia Wilderness Camp in Kenya, Burrard-Lucas used his own Camtraptions camera traps to take this phenomenal series of images.

“Black panthers are iconic creatures and yet very few images of wild black panthers exist,” says Burrard-Lucas. “This is not just because leopards are extremely secretive and hard to see, but also because only a tiny percentage of leopards are black.” 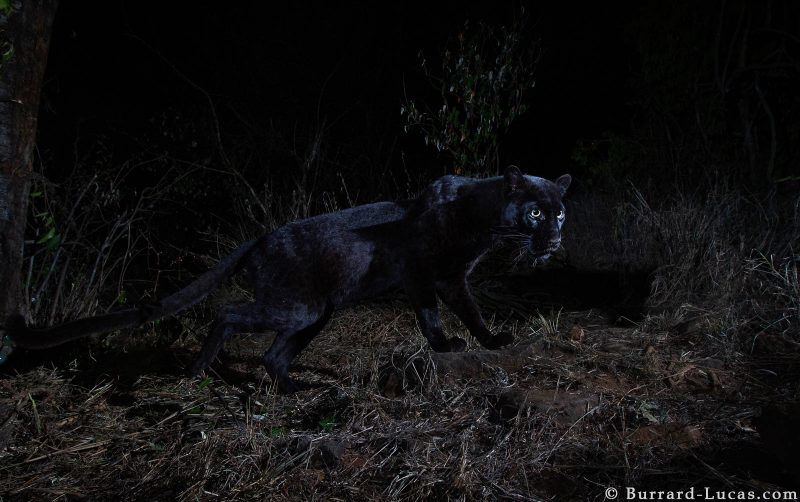 Black panthers are not a separate species. They are instead melanistic big cats, most commonly either jaguars or leopards. Looking closely, you can see the typical markings in the black fur. Melanism arises from a chance mix of genetics, and black panthers can even be part of the same litter as non-melanistic animals.

Usually found in dense forests where their dark colouration allows them in blend into the shadows, most recordings have been in Asia. In Africa, however, black leopards are extremely rare.

Nicholas Pilfold PhD, Scientist at San Diego Zoo Global and lead researcher for a leopard conservation program in Laikipia County, said “we had always heard about black leopard living in this region, but the stories were absent of high quality footage that could confirm their existence. This is what Will’s photos and the videos on our remote cameras now prove, and are exceptionally rare in their detail and insight. Collectively these are the first confirmed images in nearly 100 years of black leopard in Africa, and this region is the only known spot in all of Africa to have black leopard.”

“To capture images like this, I have created my own camera trap system. Each trap is made up of a Camtraptions motion sensor, which wirelessly triggers a high quality DSLR or mirrorless camera and two or three flashes,” says Burrard-Lucas. “I leave these cameras on game paths for days or even weeks at a time in order to photograph elusive animals. The technique also allows me to set up studio-like lighting in order to capture striking images of animals at night.” 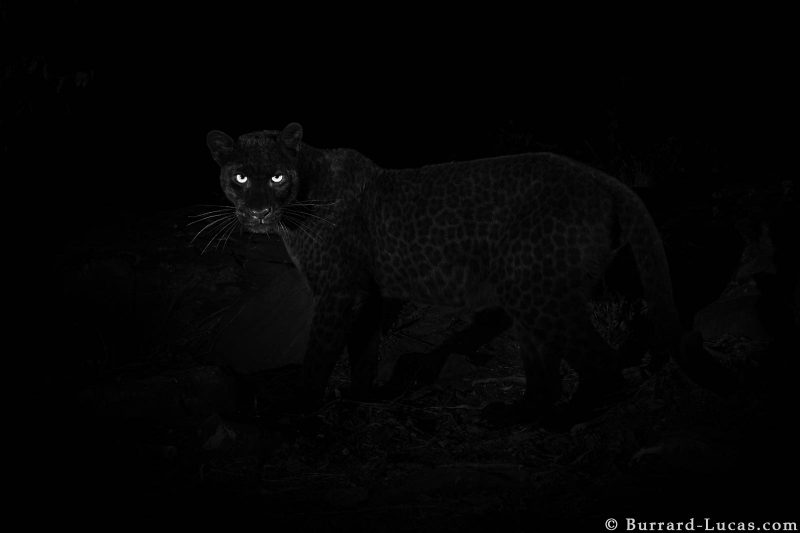 Burrard-Lucas was told that a black leopard had been spotted at the Laikipia Wilderness Camp, and immediately connected the owners to found out more. Before long, Burrard-Lucas was on his way to Kenya in an effort to capture the panther on camera.

The series of images is truly breath-taking. 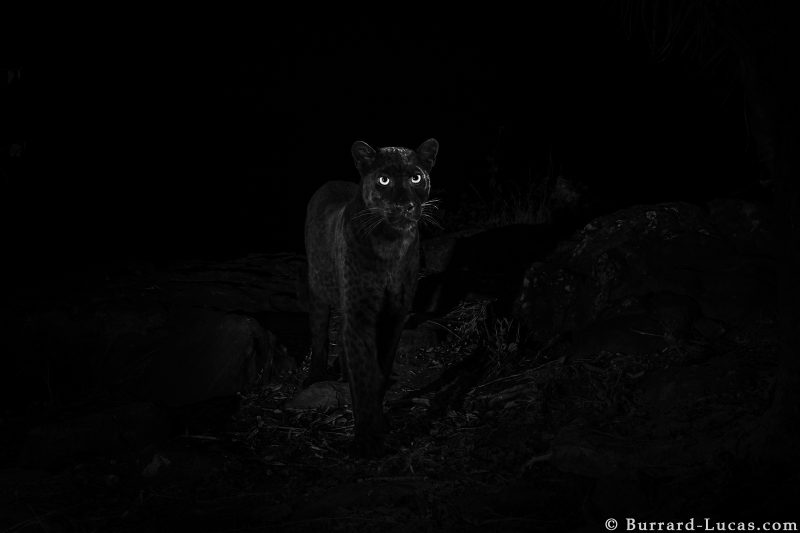 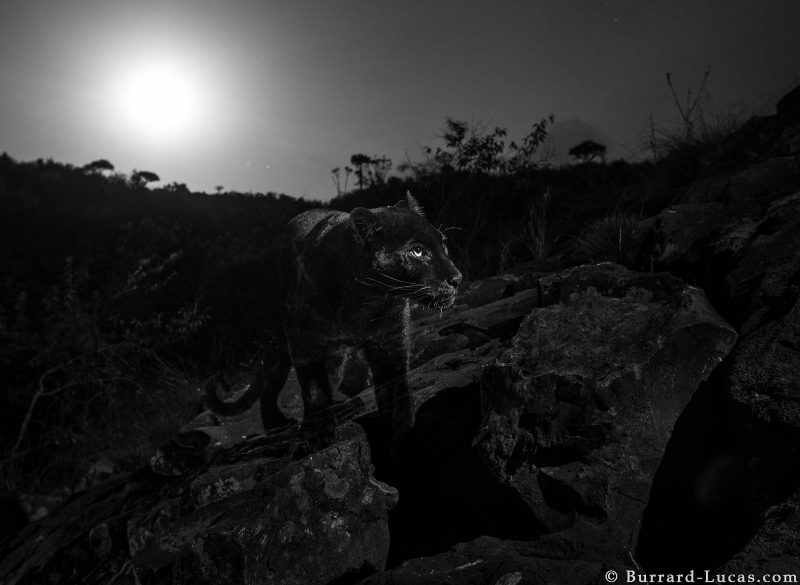 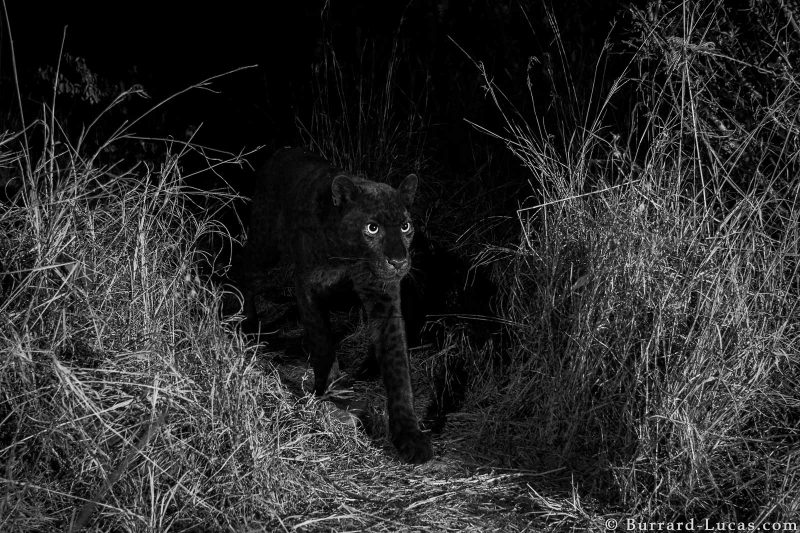 Burrard-Lucas has also released this behind-the-scenes video to show how he went about capturing the images.

To view more about this story, head to Burrard-Lucas’ website.