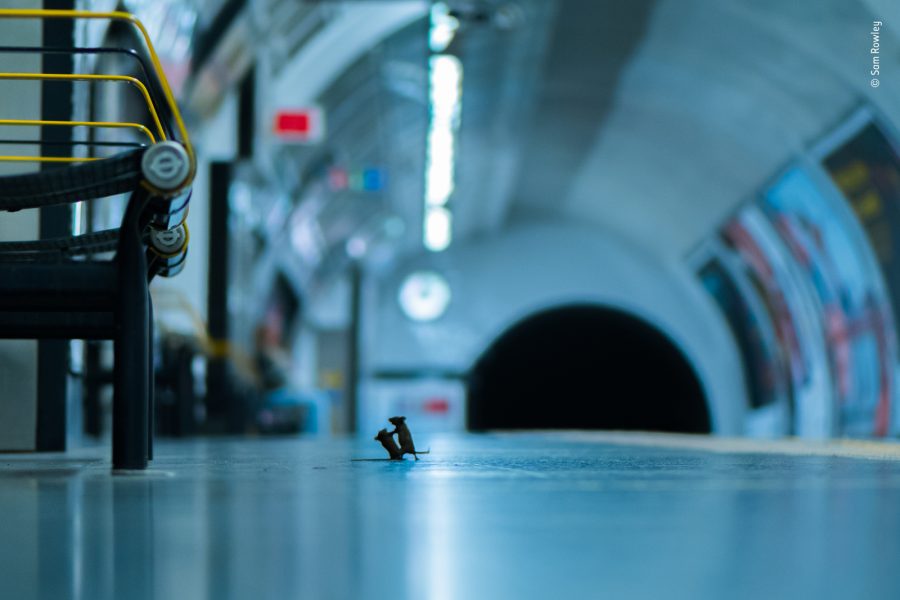 Nature TTL’s very own Sam Rowley has scooped up the coveted LUMIX People’s Choice Award at the internationally-renowned Wildlife Photographer of the Year competition.

Rowley’s image was selected from a shortlist of 25 images – themselves selected from the initial 48,000 entries – that were but to the public for voting over the last few months.

The mice captured the hearts of not only London’s commuters but people from around the world. The image went viral to an extreme level, and even reached the top of Reddit’s r/all spot earlier this month.

The image will join the Wildlife Photographer of the Year 2019 exhibition at the Natural History Museum in London, closing on the 31st May 2020.

Whilst the image has been anthropomorphised as two drunk passengers on the London Underground, the mice were actually fighting over a “few leftover crumbs” on the platform.

Rowley visited multiple platforms every night over the course of a week, getting many curious looks from passengers – including from the Underground’s own inebriated patrons – in order to capture the shot.

“I’m so pleased to win this award,” says Rowley. “It has been a lifetime dream to succeed in this competition with such a relatable photo taken in such an everyday environment in my hometown.”

Rowley has been writing and producing content for Nature TTL for years, and has even produced his own urban wildlife photography tutorial for our YouTube channel. Want to enjoy urban wildlife success yourself? Then watch below!

You can read more of Rowley’s tutorials on our website, and visit his own website to purchase prints of the image.