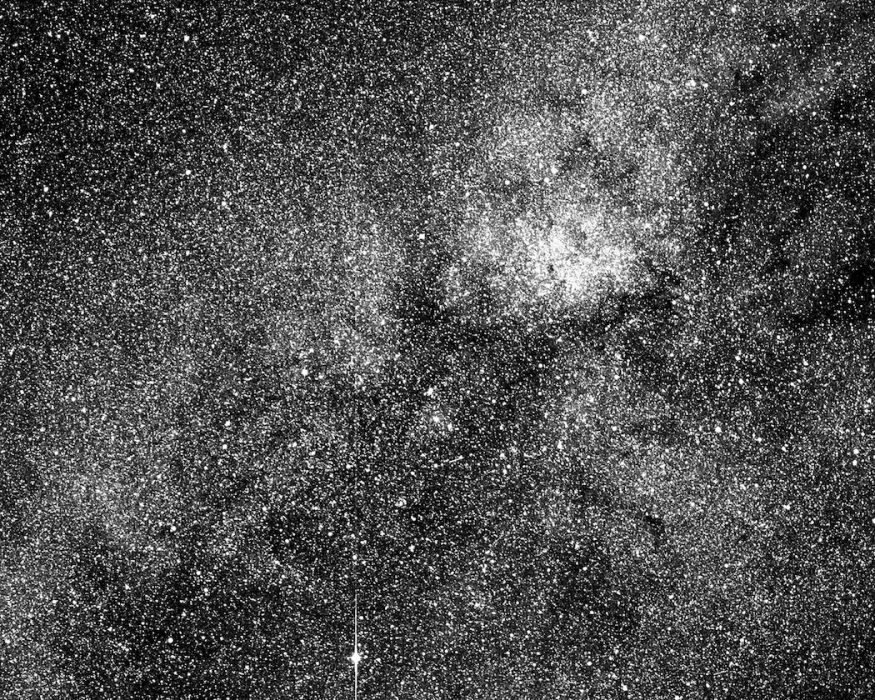 If it weren’t for NASA, then our interstellar imagery would be a lot less awe-inspiring. But thankfully they are still hard at work, with the recent capture from their newest “planet hunter” satellite as mesmerising as ever.

In a recent press release, NASA detail how its Transiting Exoplanet Survey Satellite (TESS) completed a successful “lunar flyby” on Mat 17th. The spacecraft travelled roughly 5,000 miles from the Moon, which assisted the satellite in achieving its final working orbit by providing a “gravity assist”

During the flyby, NASA tested out one of the four onboard cameras with a 2-second exposure. Centred on the souther constellation of Centaurus, the image contains over 200,000 stars.

In the upper-right corner we can see the Coalsack nebula, along with the bright star of Beta Centauri at the lower-left edge. Covered in a wealth of brilliant white stars, the image is a far cry from what we witness when looking up at the night sky from Earth.

When the four cameras come together, TESS is predicted to cover more than 400 times as much night sky than in this image in its two-year search for exoplanets.

Exoplanets are the infinitely diverse worlds that orbit other stars. Not limited to great gas giants, small rocky planets, frozen tundras or metal-melting cauldrons, exoplanets are estimated to reach into the trillions for the Milky Way alone.

TESS will hopefully discover thousands of exoplanets, with the “most promising” receiving greater inspection from the upcoming James Webb Space Telescope. This will allow scientists to study their atmospheres in greater detail, with those similar to ours potentially containing life.

Below is a short video from NASA showing the satellite’s journey:

Feeling inspired? Check out our guide on How to Get Sharp and In Focus Stars in Starscape Photos!