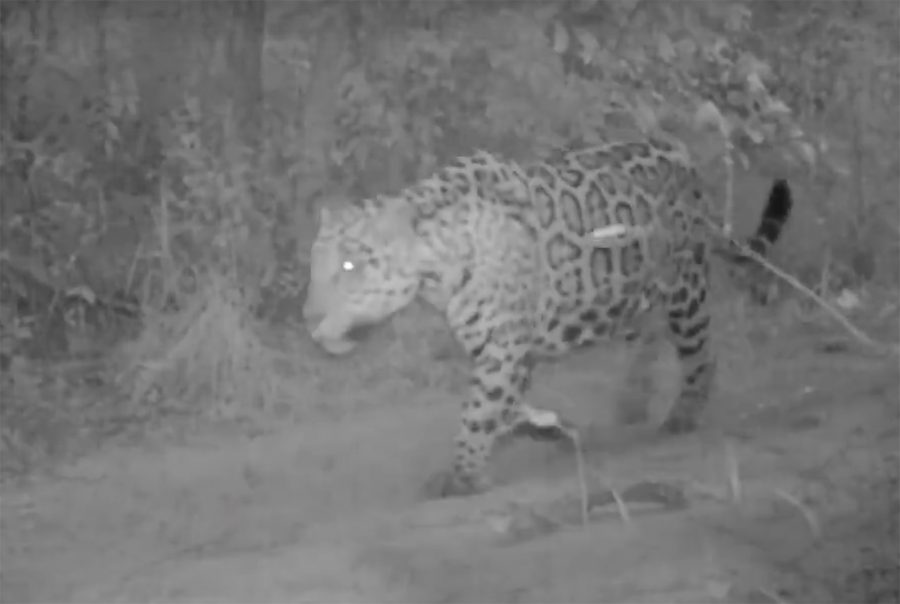 Capturing big mammals on camera is tricky in the first place, but having a camera set up in the right place to record the interactions between a predator and its prey is surely the photographic equivalent to winning the lottery.

The Onçafari Jaguar Project has managed to do just that. They monitor trails in the Brazilian Pantanal, and one of their motion-activated trail cameras has just come up trumps. A tapir walks past the camera… nothing unusual there. But just seconds later, the tapir bolts backwards, only to be followed by a muscular jaguar swaggering down the trail. 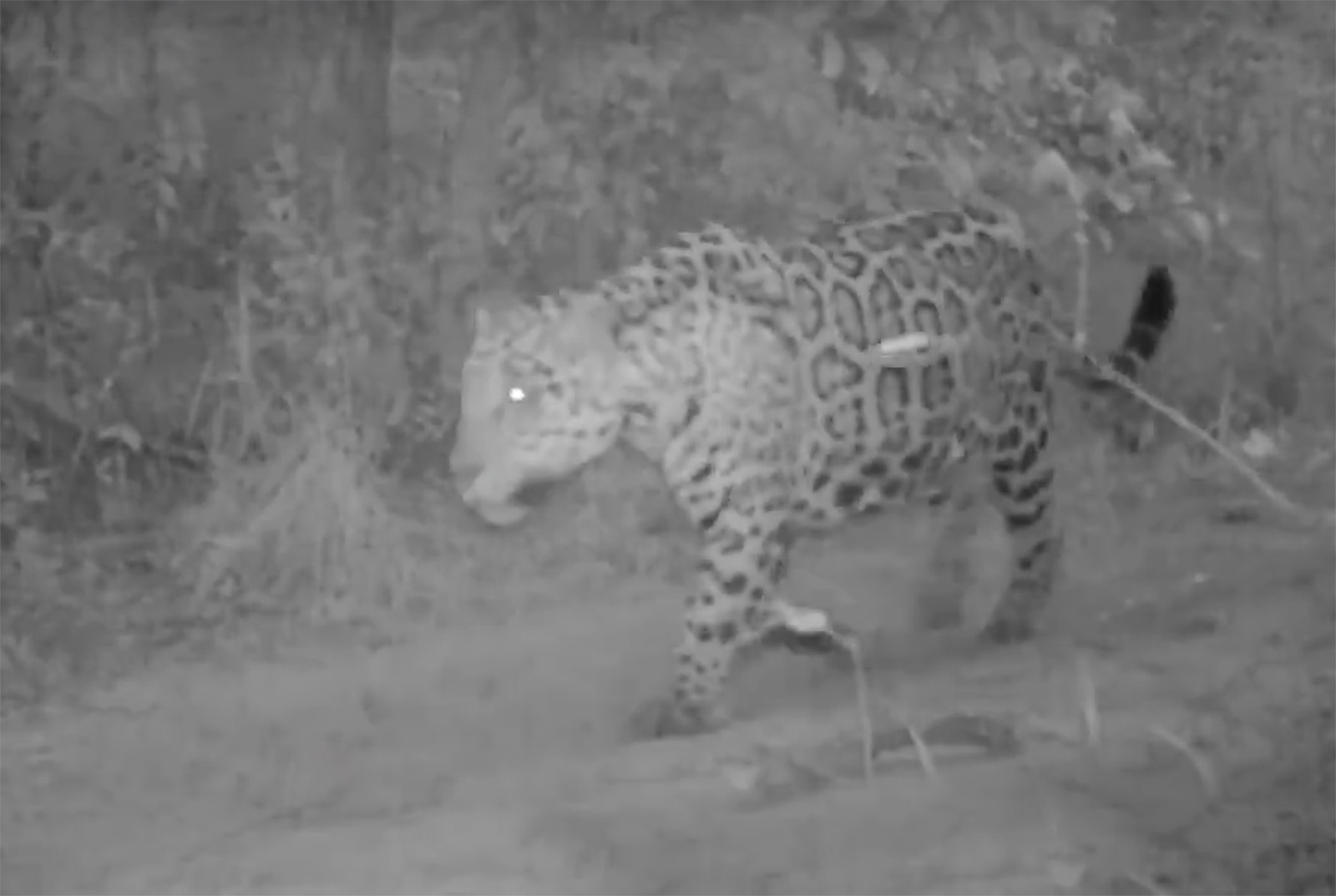 “The Onçafari Jaguar Project is a ground-breaking conservation initiative promoting ecotourism in the Brazilian Pantanal. This is done by habituating jaguars in order for people to witness the fascinating behaviour of these magnificent animals, from the safety of a vehicle, while on safari.” Habituation is not the same as domestication, in fact it is far from it. All habituation allows is for people to observe an animal exhibiting natural behaviours. They allow themselves to become part of the natural environment, and the animal in question no longer sees them as a threat, and simply ignores their presence.

“Ecotourism is now used as an important conservation tool in many places globally, providing an important source of income for landowners and local communities who in turn, do their part by ensuring that the ecosystem remains intact; large tracts of land are conserved around the world in this manner.”

Tapir running from a Jaguar

Fantastic video of a Tapir running from a Jaguar here at Refúgio Ecológico Caiman.
This footage was taken by one of Onçafari Jaguar Project's camera "traps".

Posted by Onçafari Jaguar Project on Friday, 27 May 2016

The incredible footage is probably a once in a lifetime event. We’ve never seen anything like this before, as such interactions are rare and the possible locations are countless in what is the largest forest on Earth.

Further Reading: “I Took My Camera to the Most Biodiverse Place on Earth“