Turn on the television and it’s not long before you come across an incredible natural history film. Nowadays wildlife video is becoming more and more popular, with many people striving to make camera work not only a career but a lifestyle. In this article I’m going to look at some essential tips that you should know if you’re starting out in the world of wildlife video.

1. Think About the Story

Stills photography freezes a single moment in time, but with film you can convey a whole sequence. It’s easy to stick a few unrelated clips to music and put it online, but the standout wildlife videos tell a story. You don’t necessarily need to do this with a voiceover or presenter, but instead by thinking about the sequence of shots you can tell a story. There’s no problem chopping and changing shots to achieve this either, even if they were shot at different times. This is completely normal in the wildlife film industry – it’s just impossible to expect a cameraman to record a whole event from start to finish when there are so many variables and technical adjustments to make.

A good way to start is to focus on some behaviour. Capture something interesting and beautiful to watch. You can then tell your story around it. This is much easier in film, in some respects, because you aren’t freezing something in a photo. The video below shows two endangered spider monkeys playing in the canopy. I’m not telling a story here at all (it’s only a short clip), but footage showing interactions keeps things interesting – it’s much more captivating than a bird sat on a stick at a feeder!

2. Record Both Wides and Close-ups

If you watch natural history television you’ll notice that shots go from wide to close, or vice versa, on a regular basis. This is no accident; playing one composition of footage solidly for a minute or so is boring and not good for keeping the interest of the viewer. Cutting between compositions mixes things up and helps you to tell your story, meaning you can cut out periods of uneventful footage.

Autofocus is a big ‘no no’ for video. Cameras constantly search for the focus in auto and once that happens, your shot is ruined. Instead, spend time practising your manual focus technique, using the focusing ring to follow and change your focus along with the movement of your subject. This is definitely something that’s hard to master, and you will make mistakes and miss shots – but even the masters of the discipline that shoot for TV do too.

The same goes for adjusting the zoom during a clip. Unless you’re purposely adjusting your zoom to record a different shot to cut to, don’t zoom in and out whilst taking video. It’s rarely done smoothly and only works in certain styles of video, such as adventure films where the cameramen are also on the screen at the same time.

Your video shouldn’t just be a compilation of clips of animals. You’ll probably not have enough good quality material of your target subject to compile a whole video with anyway, but viewers will quickly get bored if you do this. You need to set the scene and provide a wider context to your video through the use of filler shots. This could be clips of the surrounding environment, whether that be trees, leaves, water running in a stream – anything!

If you want to make an impactful video then you must keep in mind that sound is just as important as the visuals. You can tell a story by just using sound and no pictures. The majority of natural history videos that you see on television are recorded without sound, and this is then later added in. Sound is a whole different ballgame, and juggling both video and sound at once is very difficult (if not impossible). Recording the two separately and later putting them together makes for a much better final result.

Take a look at this example. Notice the ambient noise and the capuchin monkey’s call? Neither of them were recorded at the same time; I dubbed the sounds on during editing.

Get yourself an audio recorder like a Zoom mic, which comes with two great microphones for recording ambient noise. You can also plug in other microphones like shotgun mics to record more detailed, distant sound. 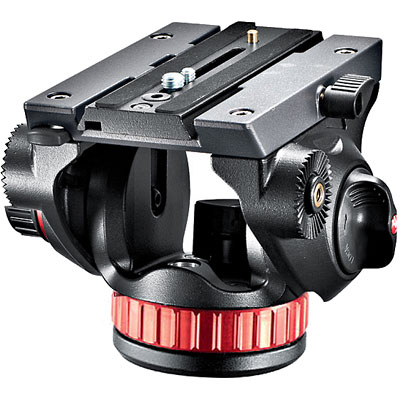 If you think wildlife photography is expensive, then wait until you see the types of equipment you need to shoot good video. One of the best investments you can make is to buy a fluid head for your tripod. A fluid head provides a smooth panning action, allowing you to gently start and stop movement whilst recording.

I use a Sachtler Ace L tripod system. It’s great; super stable and the quality is fantastic. They’re not cheap though, but a good investment for those serious about wildlife film.

But you don’t need to buy a full tripod setup. You can buy just the fluid head and attach it to whatever tripod you have already. The Manfrotto Pro Video Head is available to buy for £150 (USD $210). Obviously it’s lacking in comparison to a big professional video head, but it’s a great choice for mounting a DSLR and getting started.