In September 2013 I headed into the forests of Cambodia, armed with a camera and my Sachtler Ace L tripod. I was making a film, documenting the animals that call Cambodia their home. The nature of such an environment allowed me to put the Ace L system through its paces. If you are looking to make the most out of the video feature on your DSLR camera, then a fluid head tripod is a necessity.

Sachtler are well known for their incredibly well-built products. Filming crews within the BBC NHU trust them for expedition work, so I thought I would do some research. The brand new Ace L system promised to provide smooth motion whilst supporting a heavy camera system, thanks to its payload of up to 6kg. So, they seemed the perfect choice.

Out in the Elements

How did the Sachtler stand up to a challenging forest environment then? Very well. I expected that half way through the trip, grit and mud would get into the fluid head. I was worried that I would hear crunching every time I turned the camera. But this never happened – in fact even when exposed to the dusty roads of the Cambodian countryside, the head remained smooth.

Having a stable tripod is, of course, very important. Usually this would mean a tripod needed to be heavy. But the Ace L is crafted from carbon-fibre, making the whole system just 3.9kg. The mid-spreader (there are other spreader options too) stabilises the whole system further, ensuring that any wobble is reduced. A nice touch they have added is the retractable spikes in the feet, allowing extra grip on uneven surfaces. 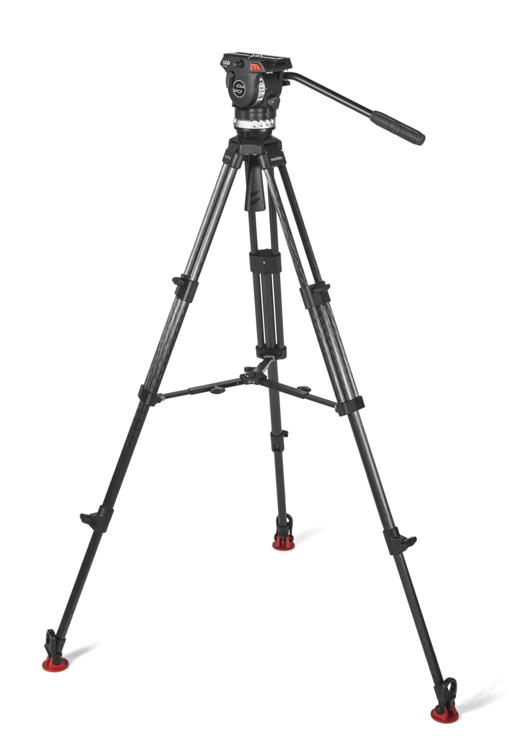 The camera is mounted on the tripod head using a plate. It is a robust piece of metal that gives you confidence in securing your camera. In fact, I would happily walk around with it over my shoulder through the forest, with the camera attached. It mounts to either the bottom of your camera, or the foot of your lens. The latter is more appropriate, especially if you are using a long lens. 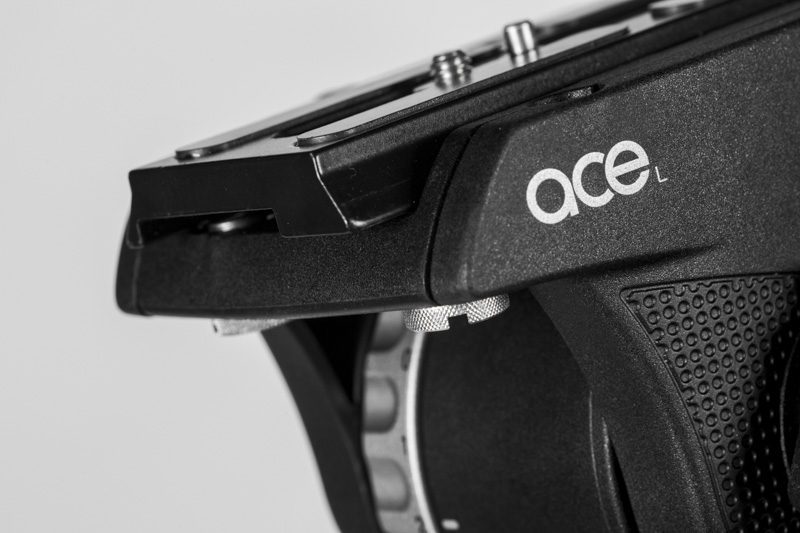 The plate slides into the head and is secured at first with an automatic safety lock that stops it sliding out again. Then, you tighten another lock that pins it into place. My only criticism of this plate system is that it is sometimes fiddly to attach, especially at speed. It may have been down to user error, but I kept finding it difficult to slide the plate on due to the metal lock not sliding back when it should. I think the most likely cause of this was the fact that I was using it in a rugged environment, and it may have got knocked in transit.

The fluid head allows you to adjust the resistance that occurs when you move the head. This means you can increase or decrease the speed as which you pan whilst filming. To achieve this, Sachtler uses a system called SA Drag (Synchronised Actuated Drag). This provides you with a wheel for vertical movement, and a wheel for horizontal movement. They both have levels that range from 0-3 (0 giving no resistance; 3 giving the most resistance). With both vertical and horizontal movements being independent of each other, you are able to obtain much more precise control when panning.

The camera itself is counterweighted using a magnet for resistance. This eliminates the effect of the camera’s own weight causing you to pan in an unwanted direction. At first this may seem a little fiddly to achieve perfectly, but it does not take long to get used to. The strength of resistance from the magnet is measured from 0-7 with a small wheel. All you need to do is adjust this depending on the weight of kit you have on the tripod until it remains level and stable.

Panning shots are easy to achieve with the smooth drag. I was also impressed at how easy it was to smoothly start and stop a panning sequence. There is no juddering when stopping, and it simply glides to a stop.

Whilst the Sachtler Ace L remains affordable, it doesn’t feel like any corners have been cut when putting this together. Particular little details pull the whole system together. A favourite of mine is simple but effective: a small light that you can activate to easily see the spirit-level bubble. Working at dawn and dusk means that light is minimal, and without this feature it would be hard to get the tripod to be level.

The Sachtler Ace L fluid head tripod system is an excellent choice for those looking for smooth video footage. It’s a premium product without the extreme premium price. Personally, I think anyone looking seriously at utilising the video feature on their DSLRs needs to get a fluid head tripod. Without one, your landscape shots will likely not be as good as they could be.