Wildlife Photography for Beginners: Tips for Starting Out 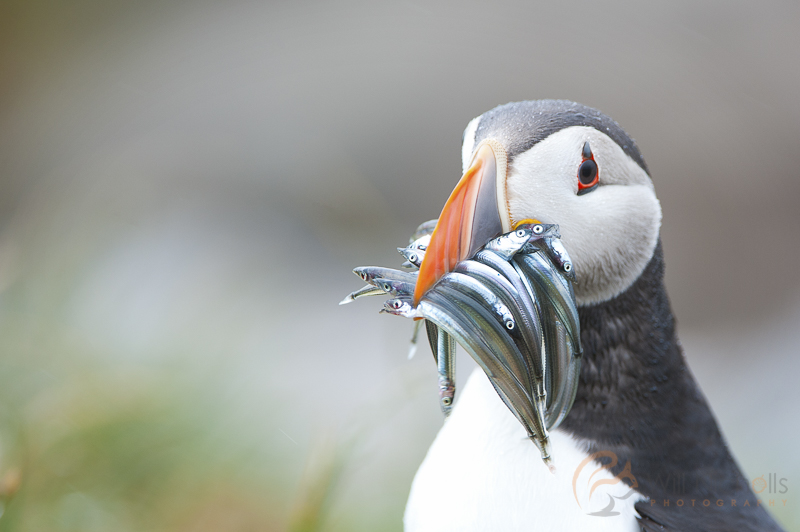 Are you starting out in the world of wildlife photography? It can be a daunting field of photography to start in. Wildlife photographers are lonesome creatures, spending most of their time behind the camera alone… watching and waiting for the perfect moment. As a beginner looking to try out wildlife photography, it can be hard to know where to turn and how best to develop your skillsets from the start.

This tutorial will look at the main things you’ll want to conquer and understand to give yourself the best foundation for becoming a wildlife photographer. Think about how each of these things might impact your photography, or whether or not you were thinking about each factor during your last shoot.

1. Learn how to deal with low light situations

A lot of wild animals are mostly active at dawn and dusk. Naturally, these times in the day have less light available and that means it can be challenging to keep your shutter speed high enough to eliminate motion blur (or even camera shake) from your shots. Not only that, but animals tend not to stand out in the open. You’ll probably find yourself shooting into shade, or under the cover of trees, which means there’s even less light available to you.

This is the biggest hurdle I had to learn how to overcome when I first started out as a wildlife photographer. It can be incredibly frustrating to shoot a load of frames, having waited hours, only to find that they’re ruined by motion blur because you have a shutter speed of 1/20th second.

Your ISO speed is a setting you’ll become very familiar with as a wildlife photographer, and you’ll probably find yourself constantly adjusting it as the light gets lower and lower. A higher ISO value means that the sensor of your camera is more sensitive to light, but you’ll introduce more digital noise into your shot. Remember, though, that you ISO speed should be as high as necessary, but as low as possible. Different cameras have different capabilities when it comes to ISO speeds, too. More expensive cameras will tend to have less digital noise at higher ISO values, but experiment and learn the limits of your camera so you know when photos are going to become unusable.

If your ISO speed is exhausted, you can knock down your shutter speed. In an ideal world, you’d be shooting at a shutter speed of 1 over the focal length of your lens. For example, shooting at 400mm would mean you’d want a shutter speed of at least 1/400th to avoid camera shake. But conditions don’t always lend to this, and you’ll need to slow things down. If you have image stabilisation built into your lens, you’ll want to turn that on most likely.

I used to shoot with a Nikon D80 – a camera with very poor ISO handling. In fact, ISO 400 was about as high as I could go comfortably. ISO 800 and up was getting incredibly noisy. Even so, I still managed to shoot in low light conditions. One trick I used to employ was shooting at a shutter speed of about 1/30th second whilst using a tripod. I’d hold down the shutter and shoot maybe 10 or more frames of the same thing (of course, at this point that’d be an animal standing still). Often, at least one of those frames would be sharp, having caught the moment the subject stayed perfectly still. This all became about timing, catching that perfect post.

2. Get to grips with what makes a photo sharp

There are plenty of factors that contribute to what really makes a photo sharp; it’s not just down to whether or not you focused properly, although that is of course a big part of it. Actually understanding all of the elements that make up the sharpness of an image will go a long way to crisping up your images.

Here are just some of the factors that might be playing havoc with your images:

That is by no means an exhaustive list. We’ve written a number of tutorials on each element you need to be aware of, so have a look through the following write-ups;

This is something that photographers always recommend in magazines, and I fear it is the most overlooked of any wildlife photography tip because it requires time and dedication. However, going into a situation and blindly trying to find, predict, and capture an animal on camera is possibly going to render poor results if you know nothing about it. You can learn plenty of things in the field just by simply watching an animal, but I would recommend doing some reading online about the behaviour of particular species or families of animals.

For example, a giveaway that a bird is about to take flight is that it will lean forward slightly (and sometimes also take a number two!) on its perch. This is a warning sign that you need to be ready for action. It isn’t always the case, but a lot of the time this means it is going to take flight. That’s a common behaviour, but there are plenty more to be aware of depending on what you are photographing. 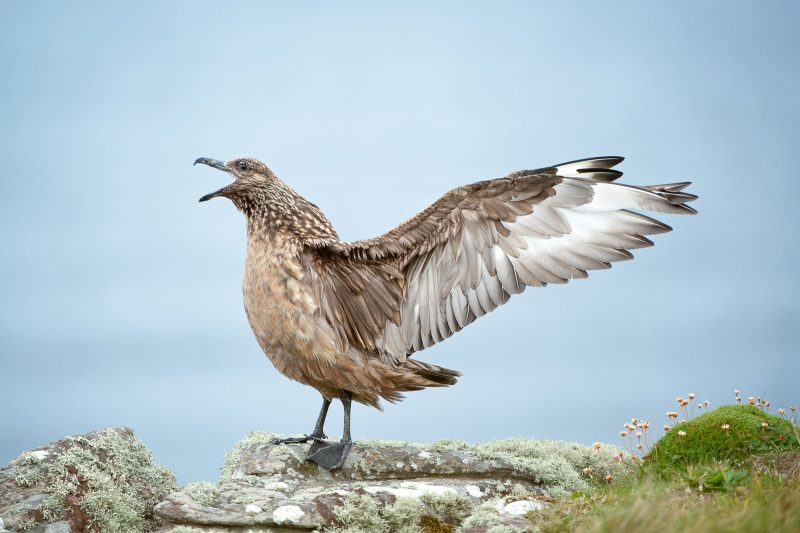 Things you learn won’t just apply to one animal, either. Having spent time watching countless different animals, I know that birds will often shake themselves after preening to get all their feathers back in place. Seeing a great skua preening, I waited with my lens trained on it for 10-15 minutes knowing that it was likely to strike a pose after its personal manicure. It’s small things like this that make the difference.

One of the biggest frustrations when you’re a beginner in the world of wildlife photography is that you “can’t get close enough.” Well, that isn’t necessarily something you need to do every time you point the camera at an animal. Filling the frame is great, it allows you to capture all of the details of an animal. But have you considered shooting much wider? If you can’t get close to an animal for whatever reason, make the best of a “bad” situation and opt for a shot that incorporates the surroundings. 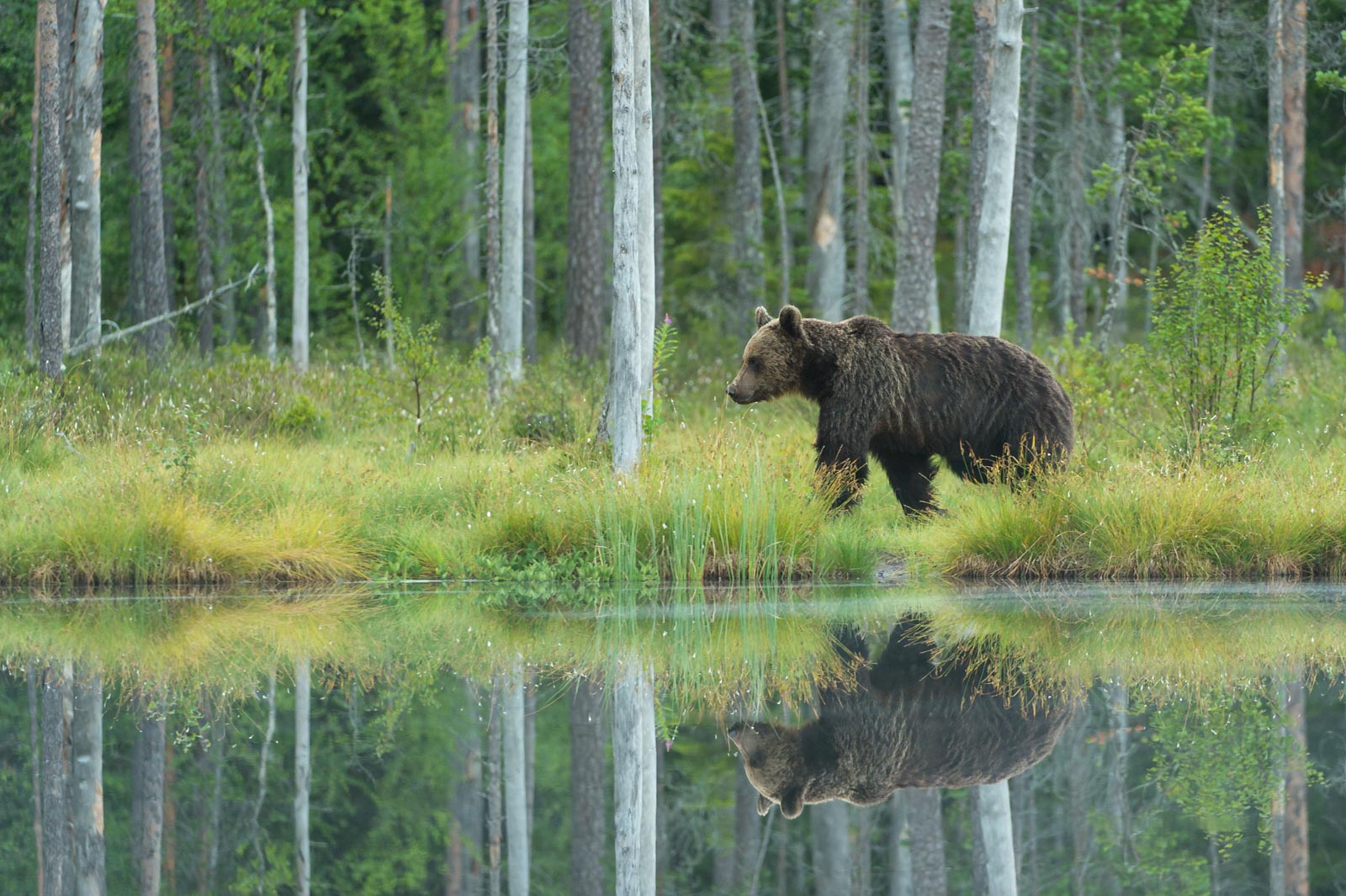 You may even find you get a little addicted to that minimalist style, keeping the animal smaller in the frame than you might first expect to. The result? You’ll find yourself reaching for wider lenses than your biggest telephoto, giving you the opportunity to shoot something much more unique.

Here are some tutorials that cover this style of photography in much more depth:

We’re all still learning when it comes to wildlife photography. It’s an ever-changing game, and styles keep changing too. That means that you’ll find yourself adapting and perfecting your techniques throughout your career, so don’t worry about whatever stage you are at at the moment. Just keep shooting, and don’t give up! Wildlife photography requires time and dedication, but if you have the patience then you will succeed.

How to Photograph Wildlife in the Galapagos

Where to Photograph Wildlife in Wales