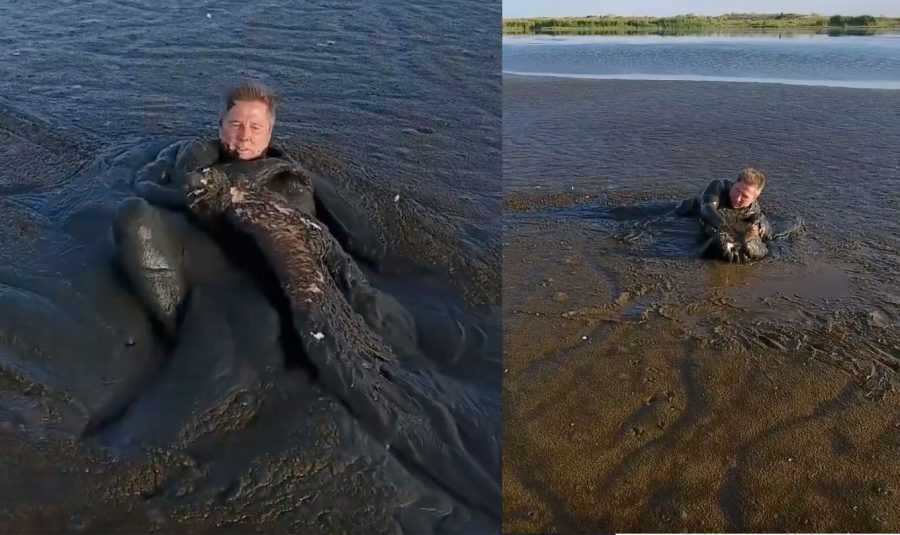 There are far too many things in the news about people and their disregard for animals. But today we are pleased to bring you a story to restore a little bit of faith.

Polish nature photographer Krzysztof Chomicz was out on a shoot near the town of Swinoujscie, in Poland. When he spotted a six month old white-tailed eagle stuck in the thick coastal mud with no hope of escape, he knew he had to act.

So, without much consideration for his own safety, Chomicz began the slow ‘swim’ through the mud to reach the eagle. Those waiting on the edge of the mud set up a drone and filmed the whole rescue in a beautiful sequence.

With the help of firefighters, he tied a rope life-line around his waist and pulled himself through the mud to the bird. After the bird was rescued, it was handed over to wildlife conservation officers who cleaned it up and helped the bird to make a full recovery.

According to local reports, the eagle was treated and then transferred to a sanctuary in Szczecin. They named the eagle Icarus, after Greek Mythology, who flew too close to the sun on wings of wax and feathers. It is believed the bird was learning to fly when it tumbled into the mud.