Photographer Captures Sharks Inside a Wave 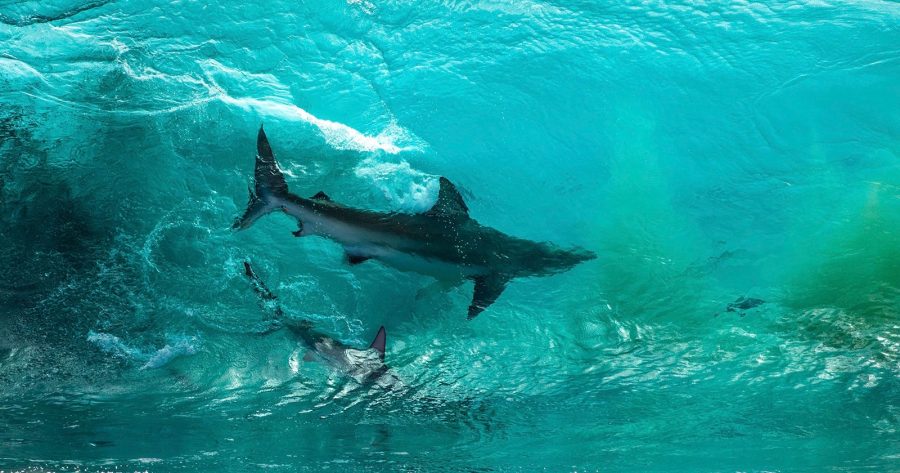 Sharks often sit on the throne of underwater photography, not only due to their deadly reputation, but for their eerily prehistoric beauty. But whilst many aspire to photograph these hulking predators, few do it as well as Australia’s Sean Scott.

Causing a recent storm across the web with his image of two sharks inside a rolling wave, we caught up with him to get a rundown of the awe-inspiring shot, as well as his work as a photographer. 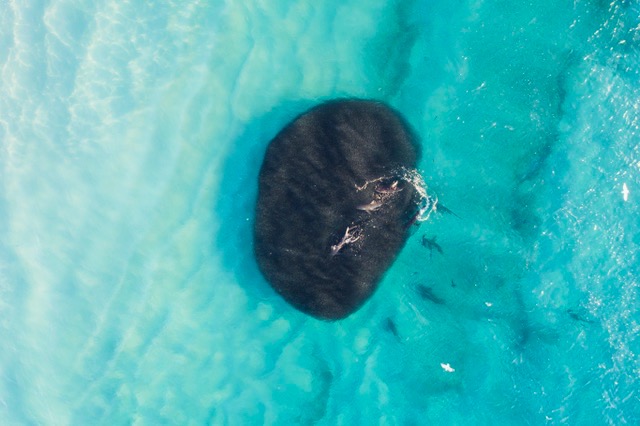 Hi Sean! First off could you give us a bit of background to your breathtaking shot of two sharks inside a wave?

I was on a camping trip in Western Australia with my family. I was originally going to this location because I had been studying the forecast and the weather and waves were looking good.

Have you any idea why the sharks were in the wave like this, and have you ever seen such unusual behaviour before?

There were hundreds of sharks feasting on fish, from what I’ve heard it can be an event that happens once in 20 years with the sharks being so close to the shore. They were just going wherever the fish were going. I originally had my drone up filming but once I saw them getting closer and closer to the shoreline, I pulled out my DSLR.

What was it like to witness such a jaw-dropping scene? Were you taken aback at all, or did you just leap straight into the moment and start shooting?

I was in awe watching it all but had complete anxiety of what equipment I should be using and where I should be filming!

Was there one stand-out moment when working with the sharks that sticks in your memory besides this one?

It would have to be when the group of body boarders were being approached by the sharks; the thought did cross my mind that I’d have to crash the drone into the water to deter the sharks, but they peacefully swam off. 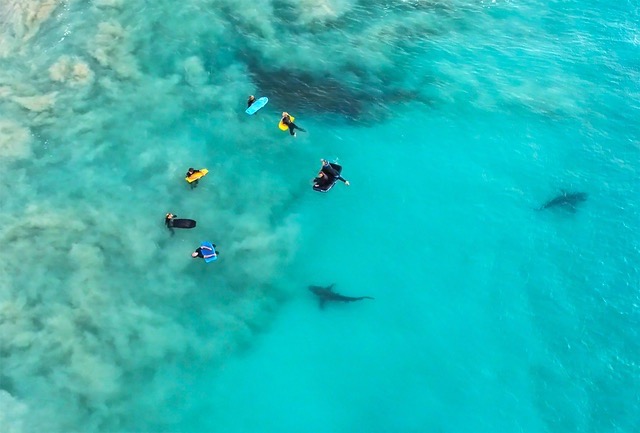 How do you find photographing sharks compared to other marine species?

To be honest, I haven’t done a whole lot of it. This bait ball scene sounds really rare. I was amazed the whole time photographing it.

You use a variety of equipment to photograph marine life – from DSLRs to drones – do you have any preference?

They both have their perks. A DLSR is great for all round photography, but the drone gives you that different perspective and I like to use it to show some locations that the DSLR can’t, like a mountain top or a tiny island. Both are such valuable tools in my photography though it’d be hard to pick. 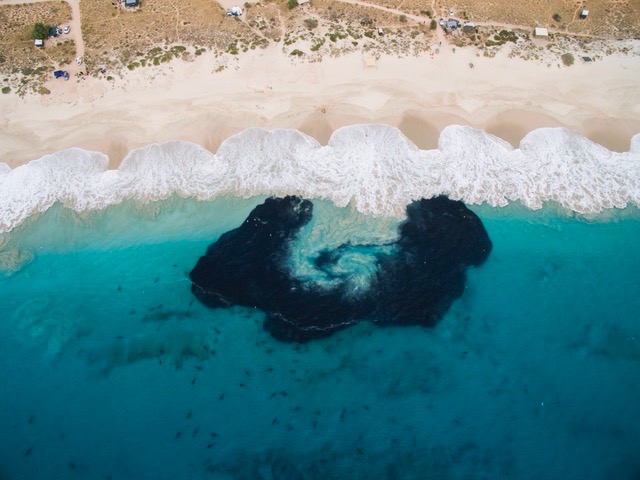 Conservationists argue that sharks are often misrepresented in the media as vicious man-eaters – how does your experience compare to this?

I’m not an expert on this, but on this same day I watched sharks swim up to a group of boys. One shark in particular got close, but it then swam away; it was way more interested in all the fish.

And finally, any advice to all the budding marine photographers out there?

Get out there as much as possible, the more you’re out there the more chance you have of everything aligning and getting the shot.

All images are copyright of Sean Scott Photography.