Mohammad Murad: From Amateur to Professional 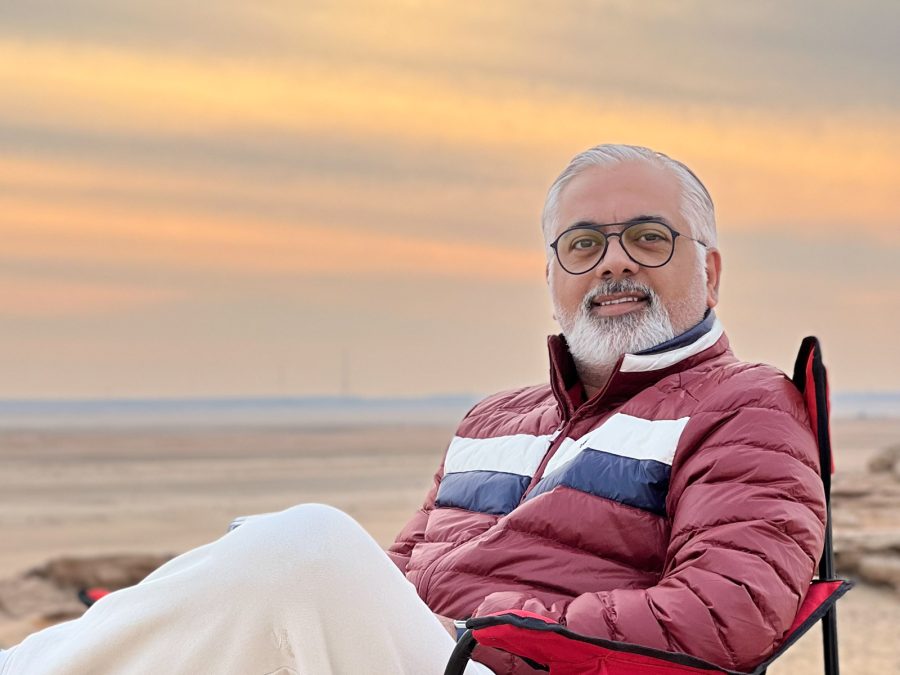 Mohammad Murad is an award-winning photographer who specialises in bird photography. Born in Kuwait, his love of photography can largely be attributed to the unexplored landscape and diversity of nature that surrounded him. 

He quickly began to gain recognition through several photography awards, and has had his work featured in BBC News, National Geographic, Business insider, Kuwait Times, and more.

I started to take photos when a phone with a camera was first invented! Before that I was only an observer, watching my dad photograph and film us when we were children.

Years later, in late 2014, I saw a bird in the distance that I felt the need to photograph and identify. I posted my shot on Instagram, and one of my followers saw the picture and messaged me, asking if I wanted to learn how to photograph birds because, in his words, my picture was “kind of awful”!

I was shocked. Not because of what he said, but because of who he is. He was, and still remains, the best bird photographer in Kuwait. And he wanted to help me! 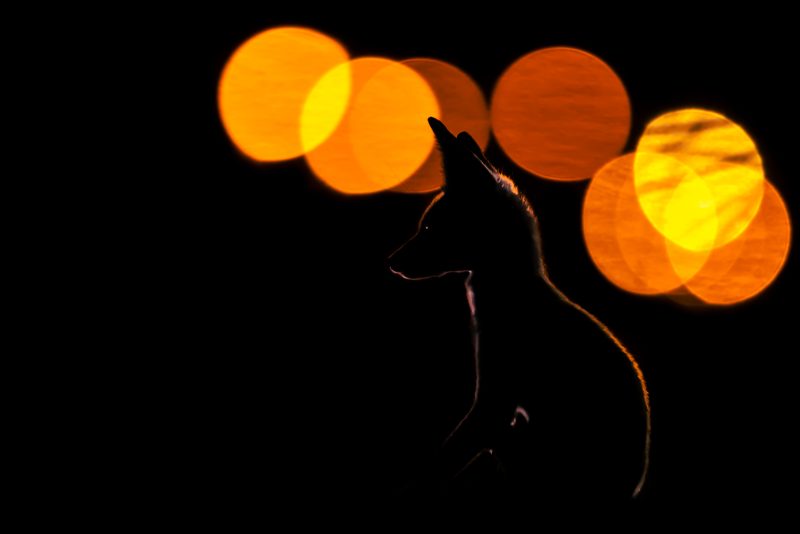 So, nature photography became the love of my life that I had been searching for for 40 years. It is an art form that I believe represents me very well.

Unfortunately I don’t have my first set of pictures to show you; I was a rookie and my hard drive became corrupted, and I lost all the photographs I had taken up to that point.

But I’ll share with you one of my favourite photos that I took in September 2015 (the beginning of the migration season here in Kuwait), of a male golden oriole (Oriolus oriolus).
  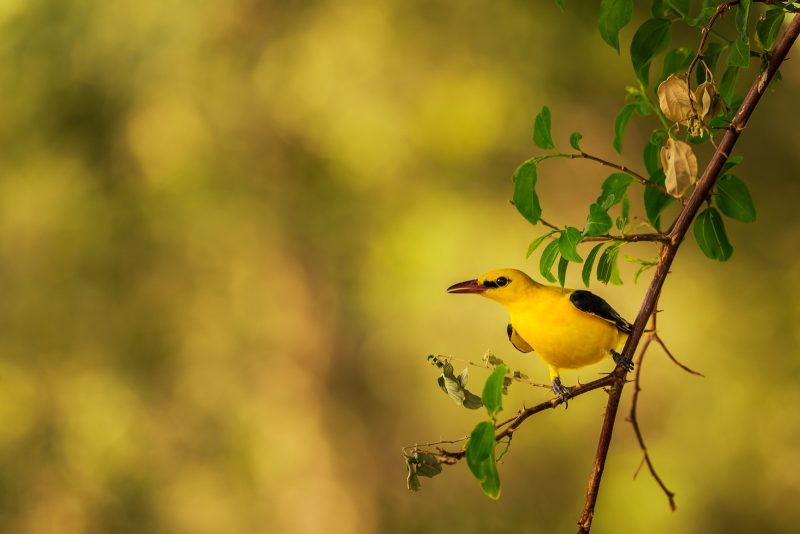 Comparing with my style of shooting now, I still think I couldn’t take a better picture of this beautiful, hard to spot, migratory bird.

Here are two of my favourite photos, I really love both of them.

The first is of a white tailed eagle, entitled “Between My Feathers”. 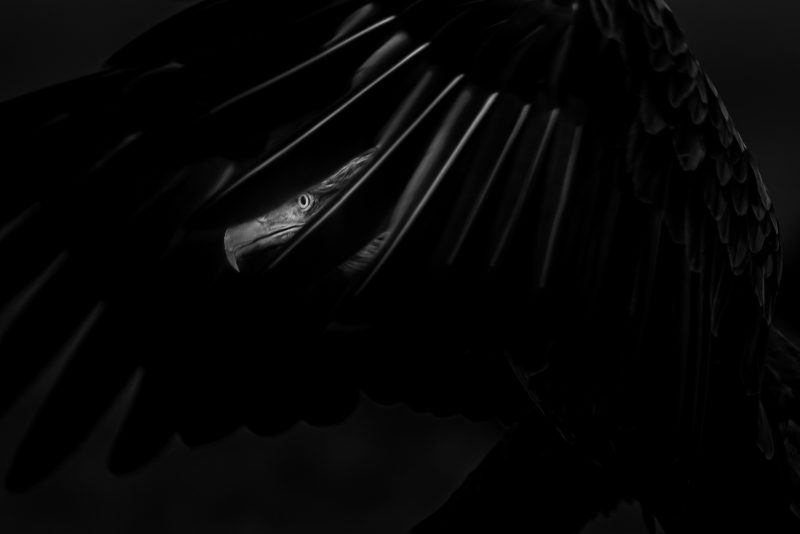 The reason this image is so special to me is because it was taken on my first ever photography trip out of Kuwait. It was also one of the first ever photos for which I won a prize, in the Montphoto contest in Spain.

I went to the ceremony and my legs were shaking when they called my name as the First Prize winner in the People’s Choice category! I also won Second Place in the Attention to Detail category in the Bird Photographer Of The Year 2016 contest, with the same photo.

The second photo is of the Arabian red fox, entitled “Colorful Night”. This photograph won awards in several contests.
  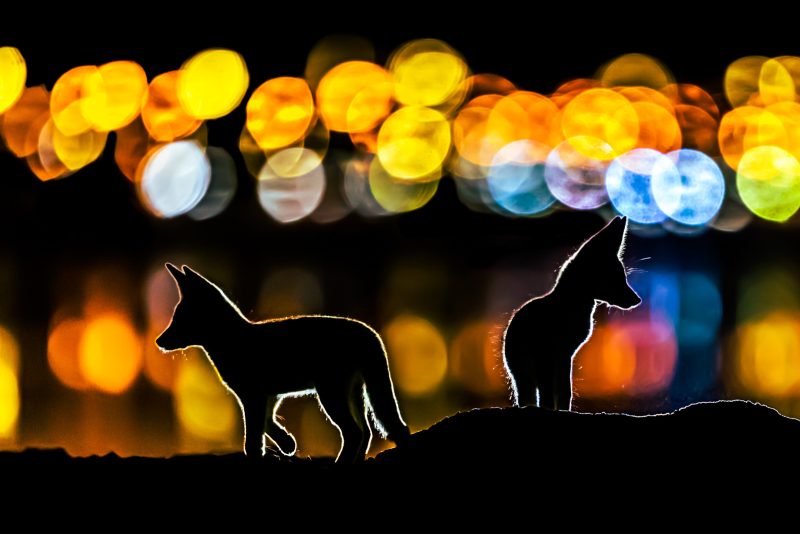 I love all my photos; it takes me a lot of time and effort to catch each and every one. But my Arabian red fox series is especially close to my heart, because I took them in my beloved country of Kuwait.

I don’t consider myself a professional photographer – I’m still learning every single day! I’m not getting paid for doing what I do, it’s just a hobby that turned out to be something I could express myself through. Maybe in the future I will make money out of my photography, possibly after retirement. 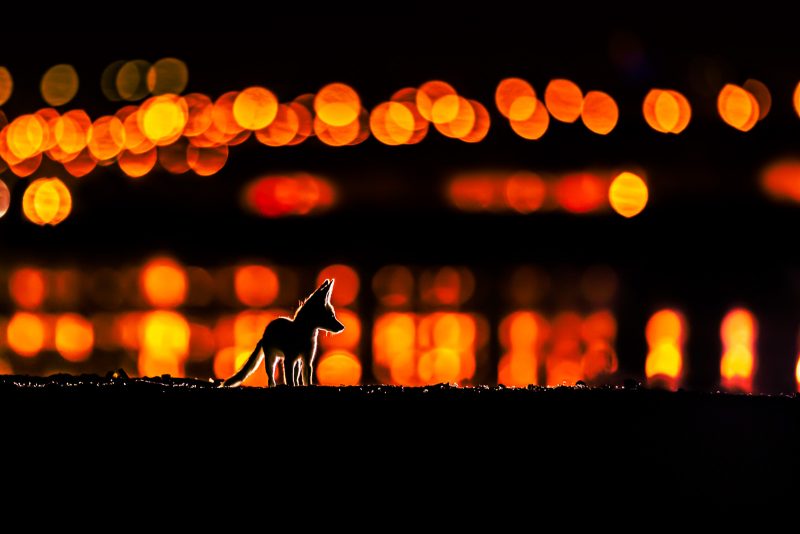 However, I think the major turning point in my photography journey was when my youngest daughter came home after school and said “Dad, you’re famous!” with a big smile on her beautiful face. It was after I had won a big contest, and so I was all over the news in Kuwait, with TV interviews and my picture in the newspaper.

This had never happened to me before as I wasn’t well-known. I was very happy in the moment when I saw my daughter’s face light up – it felt really good.

During this trip, I dared myself to shoot 90% of my photography with a slow shutter speed. I’m not talking about panning technique here, I’m talking about intentional camera movement (ICM). 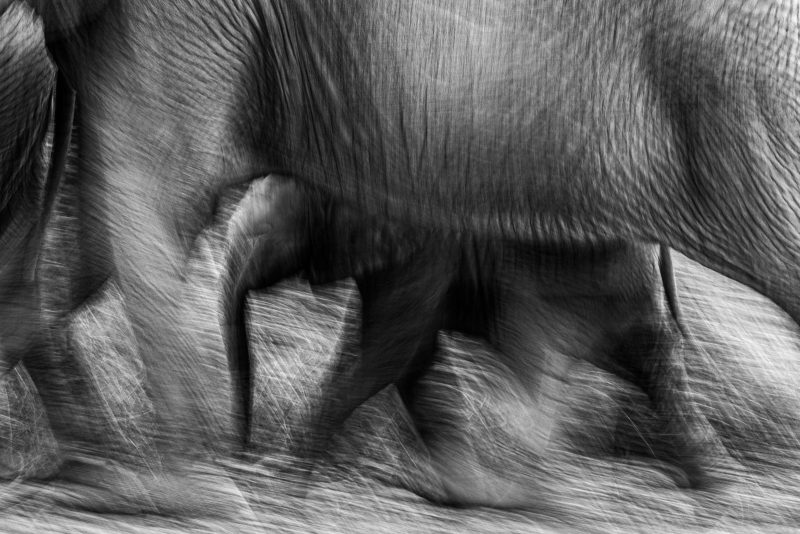 I suppose you could say I was painting with my camera.

The following year I went back again, but this time to Kenya’s Masai Mara, and again I started painting with my camera. 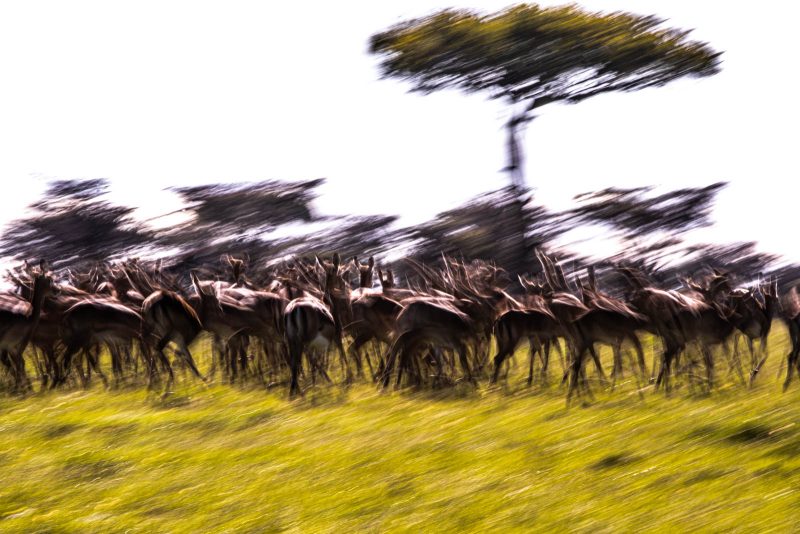 I just love these abstract images that I’m able to produce with a camera. It’s hard to describe an abstract photograph. In a way, it’s a form of art that really requires no explanation. Every part of the photograph is ambiguous.

I never explain a photo to anyone; if people want to investigate the image I leave them to it, and I don’t stop people from looking for mistakes either.

Yes, of course: every day, my way of seeing things changes. During Covid lockdowns, I started to re-process some of my images. When I compared my old edits with the new ones I was shocked. I wish I could go back in time and edit them all the way I see them now. 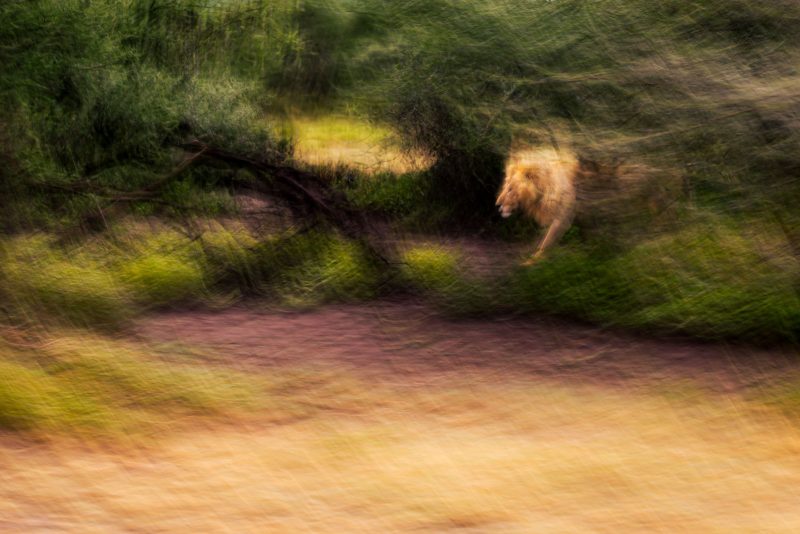 My goal is to transform what might be thought of as ordinary moments into indelible scenes that help us understand and appreciate the natural world in new ways.

Always, and I mean always, look at your shot after taking it!

I remember once going to the desert in a rush at 4am; I arrived there just before sunrise (it’s about an hour and a half away from where I live).

I found a griffon vulture and spent 30 minutes photographing it in beautiful golden hour light, without looking at the shots I had taken. When I decided to look, I realised that there was no memory card in my camera. I felt really bad, and I had to call it a day just as the day was only getting started.

My advice is to always make a checklist before any trip to make sure you have everything you need, even if you were up late the night before and you want to capture those sunrise colours! Remember to take five minutes to check your gear.