How I Got the Shot: Sunset Puffin on Skomer Island 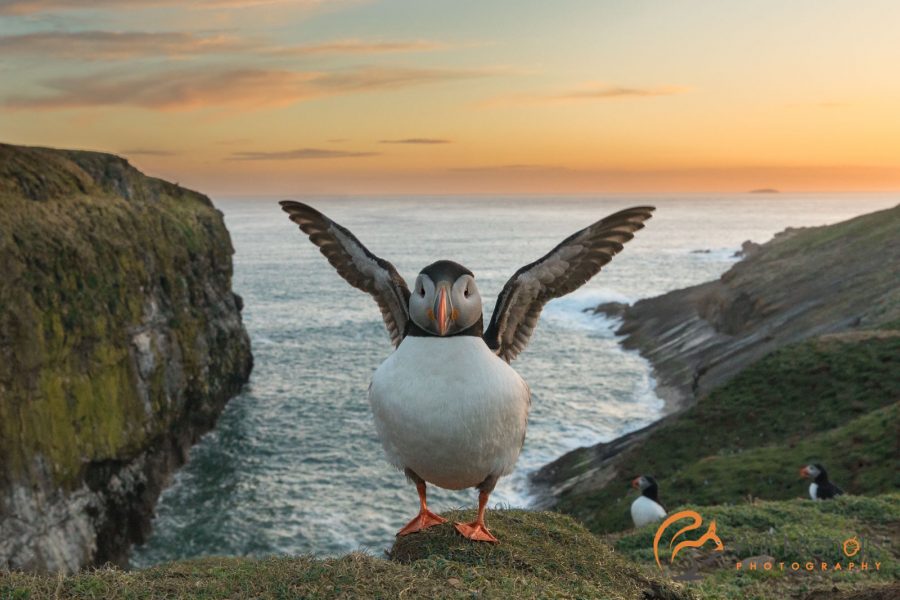 Home » Inspiration » Wildlife » How I Got the Shot: Sunset Puffin on Skomer Island

Summer is fast approaching, and that means social media is about to be filled with endless puffin images. It’s a good job puffins are so loveable, though, as I don’t think I could get tired of looking at them. I’ve just recently returned from a trip to Skomer Island in Wales, and I must say it really is a fabulous place. Skomer is unique in that you are able to stay overnight on the island (as long as you book up well in advance), allowing you views of the birds in the evening light.

I wanted to capture something a little different, although other photographers have of course gone for similar viewpoints on the island. In May, the puffins are still building nests in their burrows, padding them out with grasses and sticks. They will soon be on eggs, if they’re not already, and that means that there are actually very few puffins visible on the island during the daytime. It was surprising to me, actually, having been spoilt by the thousands of puffins crammed onto the Farne Islands in Northumberland. This will change once the chicks hatch, of course.

If you’re patient, puffins will return to their burrows to swap shifts and this gives you a chance to photograph them before they go underground. As far as wildlife goes, they are probably one of the most chilled out species you can photograph. Just look at this individual “sunbathing”. 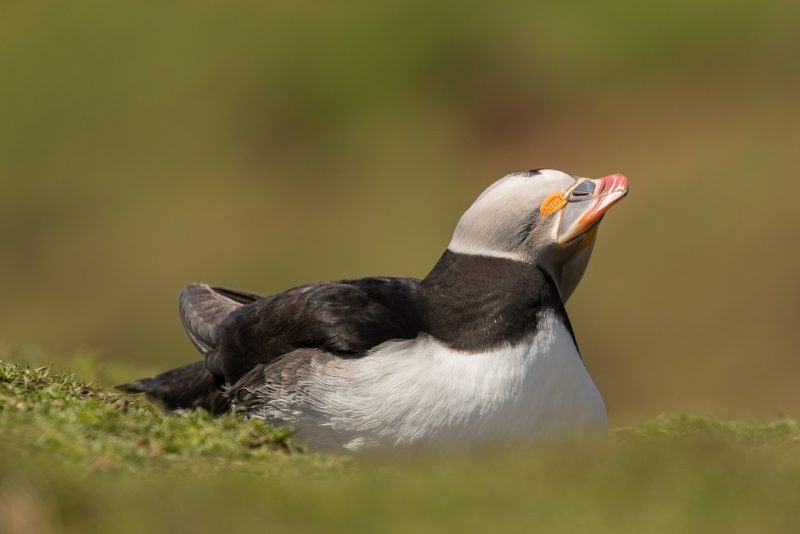 As the sun started to set, I was positioned knowing exactly what image I wanted to capture. A puffin going about its business with the scenery behind and a beautiful sunset in the sky. Luckily the weather was on my side, although I definitely caught the sun being outside all day! As the sun dropped lower in the sky, backlit images became possible. 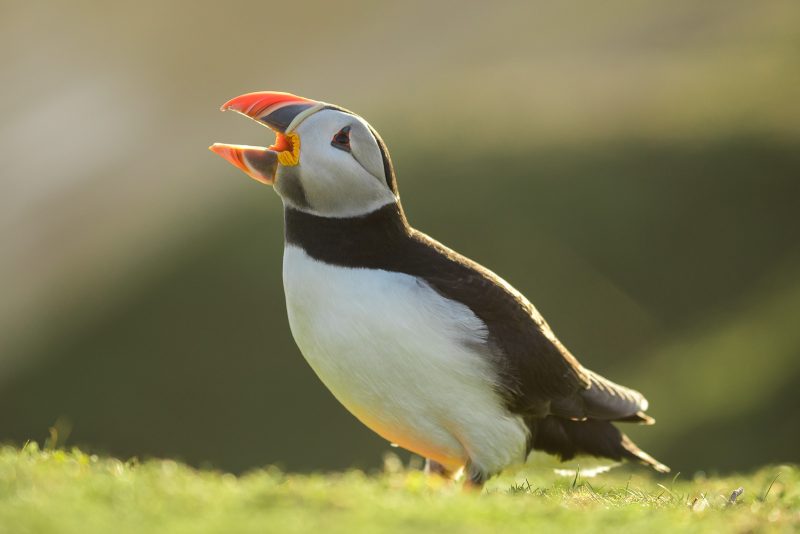 But eventually the sun was below the horizon, and a very simple colour scheme appeared in the sky. A few wisps of clouds and a lovely orange to blue gradient was all it took, creating a look that reminded me of a water colour painting. With the sky lit up, I now had the issue of finding a puffin to photograph with the wide-angle lens. There were plenty around now, having all returned from the sea to retreat to their burrows for the evening. But finding a perfectly positioned puffin was harder than I imagined. They would always turn around and waddle off at the last minute!

Eventually, however, one puffin turned towards the camera and did its characteristic flap, puffing out its chest and stretching its wings. Armed with my Canon 5D Mark IV and Canon 24-70mm f/4 lens, I leaned forward and shot this wide-angle frame of a puffin staring straight down the lens at sunset. 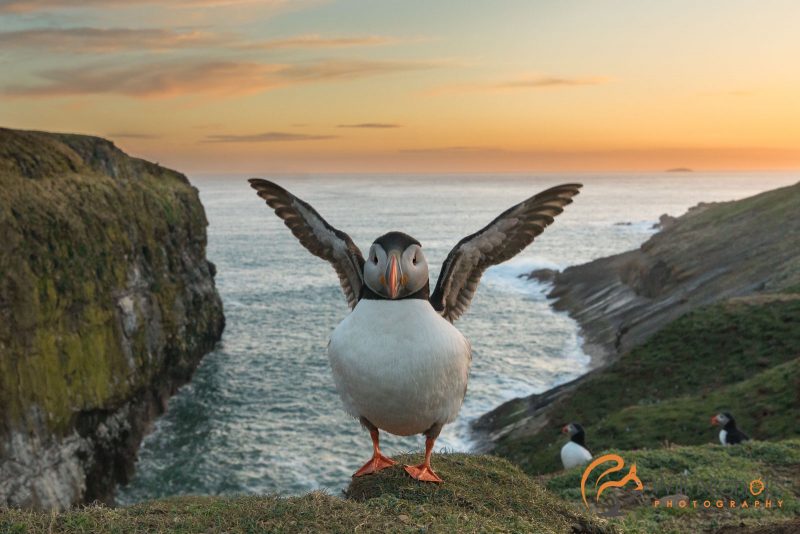 The settings for this shot were 1/160th second, f/16, ISO 2000 at 41mm. I was actually shooting bracketed frames, expecting to create an HDR merge in post production. But the middle frame was correctly exposed for both the foreground and background that I was able to use that alone. Typically, though, you’ll find exposing for the sky and a relatively dark foreground is difficult to handle. This will be particularly true if you are shooting with entry-level cameras, as their dynamic ranges tend to be lower (meaning detail gets lost if there is a big difference between the highlights and shadows).

Perhaps some will argue that the puffin shouldn’t be looking at the camera, and instead that it should be more “natural” with it not looking at me. I’ve also heard that the image is too central. But, in my opinion, I think it works because there’s definitely some impact there with the eye contact. I like to occasionally create images where there is clear eye contact with the camera, as it makes things a lot more engaging. I also shot frames with puffins being more “natural” during the sunset period, but this was a clear winner for me!