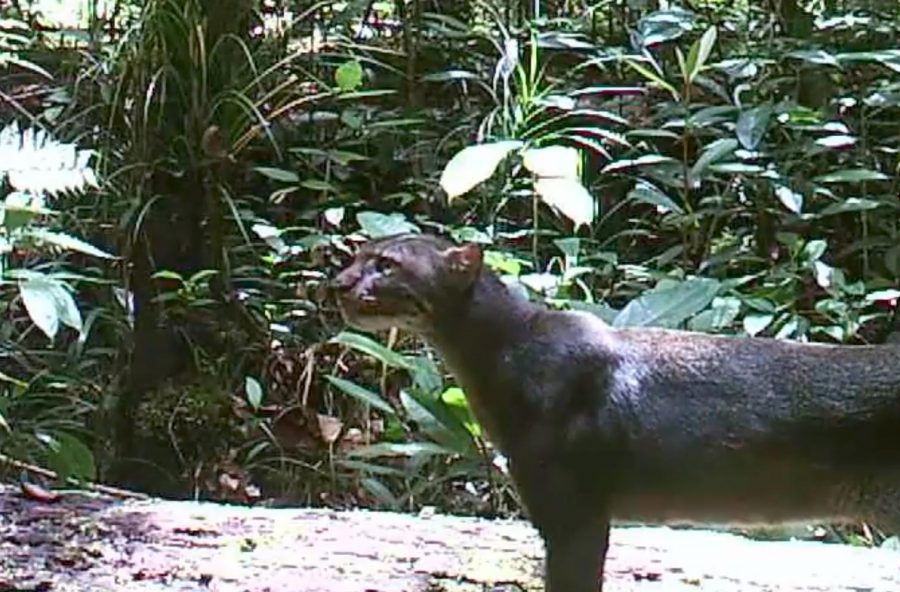 A group of scientists conducting biodiversity surveys in Bornean rainforests have unearthed a new population of the incredibly rare and elusive Borneo bay cat.

The team used 52 camera traps to conduct their survey in Central Kalimantan, Indonesian Borneo. Borneo bay cats are not known to live in this area, so this was a surprising find for the team.

“The type of tropical forest where we carried out our research is generally considered to be of relatively poor conservation value,” said Dr Frank Van Veen, of the University of Exeter. “However, we have found that this landscape actually represents a mosaic of forest types that supports a high diversity of wildlife, including a number of endangered species.

“The discovery of the bay cat here illustrates that we cannot just make assumptions about the conservation value of remaining areas of rainforest, and that research on the ground is essential for the well-informed conservation. We now aim to carry out further studies to better understand how this relatively low-productivity forest can support such a high density and diversity of wildlife.”

Dr Van Veen, of the Centre for Ecology and Conservation on the University of Exeter’s Penryn Campus in Cornwall, was part of a team including the Borneo Nature Foundation and scientists from Muhammadiyah University Palangka Raya, Indonesia.

Dr Susan Cheyne, co-director of Borneo Nature Foundation, said: “Wild cats can be some of the most difficult species to study in the wild. They are secretive, solitary and highly camouflaged. But, our knowledge and understanding of the secretive wild cats of Borneo is improving thanks to technology like camera traps.”

The scientists are cautiously optimistic about the discovery of the male bay cat about 40 miles outside the nearest area where the species was known to live. They have not released the exact location where the filming took place, as the forest is not protected and the endangered species is threatened with habitat loss and hunting across Borneo.

The research team added: “There is still a lot we don’t know about the forests of Borneo and the clock is ticking. More surveys are needed to understand the distribution and ecological needs of Borneo’s wildlife if we are to save species on the brink of extinction.”