How to Photograph the Blue Hour 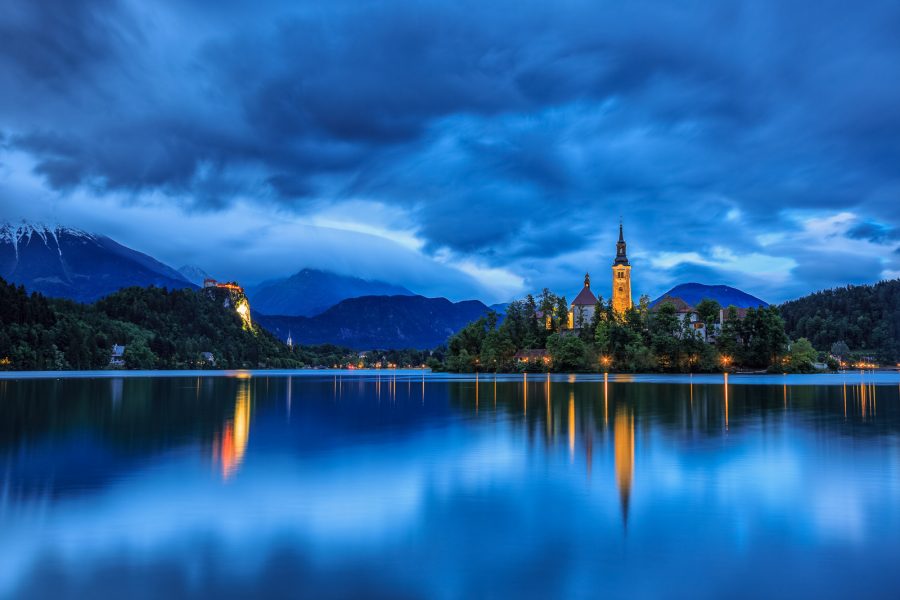 Home » Photography Tutorials » Landscape » How to Photograph the Blue Hour

Photography is full of buzzwords, and one of the top phrases at the moment is the “blue hour”. Social media is currently full of shots taken at this esoteric time of day, but when exactly is it? Well, the old cynic in me who believes that there is nothing new under the sun would tell you that it’s what we always used to call “twilight”. However, there’s a little bit more to it than that.

The blue hour is specifically the period of transition from civil to nautical twilight (or vice-versa in the morning). During this time, the sun illuminates the upper layers of the atmosphere, with the longer, red wavelengths passing straight out into space and the shorter, blue wavelengths scattering into the atmosphere. The result is a scene full of cool blue, saturated colour.

In fact, the phrase “blue hour” is something of a misnomer as it doesn’t really last for an hour – perhaps just 30-40 minutes, depending on the time of year and your geographical location, with the peak often lasting just a few minutes. But I guess the term “the blue twenty minutes” just isn’t as catchy.

Why is the ‘blue hour’ good for photography?

If you like your landscapes moody, then there is no better time of day to shoot, as the cool blue tones lend an atmosphere of mystery, romance and tranquility. Cities look their best during the blue hour and the cool hues add an extra dimension to coastal scenes.

One of the best things is that the weather really doesn’t matter; the blue tones will be there whether the sky is clear, overcast, or even if it’s raining. In fact, rain can even enhance the appearance of city shots, as wet pavements can reflect street lighting and signs, enhancing the scene’s natural vibrancy.

What to photograph during the blue hour

Cityscapes are the classic subject for blue hour photography. Rural landscapes are far less associated with this time of day; most photographers would argue that countryside and rolling hills are far more suited to the golden hours, where low side-lighting adds depth and reveals form and texture.

But don’t just pack up once the sun sets and dash to the nearest city, as there are opportunities for rural blue hour shots. Silhouettes are one option, provided they are shot fairly early on in the evening, when the sky is still relatively bright, and ranges of mountains and hills are also good twilight subjects. Overlapping forms can suggest depth in the absence of side lighting and the “stacking” effect of telephoto lenses can enhance the brooding presence of hills and mountains in low light.

Mist can transform a rural scene by introducing tonal contrast and texture, as well as simplifying the scene. It’s also extremely atmospheric and the combination of low-lying mist and the blue hues of the ambient light can be particularly eerie.

Read more: How to Use Mist to Improve Your Landscape Photos

Shooting near water also works well, as using reflections as foreground interest can help to add depth to a composition. Lakes, rivers and even ponds can be used to good effect, and if the water is still then objects such as trees, hills, or buildings will be reflected clearly, along with the blue twilight colours.

Coastal scenes probably make the most successful blue hour landscapes as they are far less dependent on the quality of light than rural shots, relying more on shape, colour, and texture. There are also many opportunities for using reflective surfaces to maximise the potential of the saturated blue tones. There are often interesting buildings, such as piers and lighthouses which can provide colour contrast when they are lit.

Cityscapes are by far the most popular choice of subject for the blue hour. With the deep blue of the sky providing a rich backdrop for scenes and contrasting with the warm glow of the artificial lights, they are hard to resist. Skylines have many interesting features which can make strong focal points, including bridges, monuments and skyscrapers, which really come into their own under darkening skies.

Timing is crucial with urban shots. There are plenty of apps which give the timings of the blue hour but these really should be viewed as just guidelines, as the intensity and duration of the blue hour can vary.

In cities there are just a few minutes when the artificial and ambient lighting is perfectly balanced and, with such a short window, planning and preparation are vital. Arrive in plenty of time, have a good idea of the composition(s) you want to shoot, start shooting at the beginning of the blue hour and continue until the blue hues fade from the sky.

The main issues around successful blue hour photography are focusing and exposure. In low light, autofocus can struggle and accurate manual focusing can be difficult to achieve if it’s too dark.

If you’re new to twilight photography, you’ll find it much easier to shoot in the evening blue hour. You can set up while it’s still light, find a composition that you like and focus while you can still see what you’re doing. If you start shooting at the very beginning of the blue hour, your camera will still be able to meter accurately and you can then incrementally increase the shutter speed as it gets darker.

Keep an eye on your histogram to make sure that you’re capturing the full range of tones; the tendency is to under-expose, as during longer exposures, the light levels will be dropping while your camera’s shutter is open. You’ll often find that you need to add half a stop or so more exposure than you expect.

When processing shots, you’ll want to make the most of the blue tones and, depending on the scene, the contrasting warmth of the artificial lights. Setting a suitable white balance is the starting point. Auto White Balance works well in most landscape situations but can render blue hour scenes slightly on the warm side, so if your shots were taken using AWB, be prepared to cool them down slightly.

Generally speaking, a Daylight preset – or slightly warmer – gives a good result. You may also want to tweak individual colours (for example, using the Hue, Saturation and Luminance tools in Lightroom) to enrich the blues and adjust the hue of the warmer colours to make the most of the rich, golden glow.

So if you fancy something different to golden hour landscapes, stay on location a little later or arrive a little earlier and shoot the blue hour. Or, if the weather’s on the dull side, try some twilight shots in an urban area – blue hour cityscapes look great whatever the weather.