How to Photograph Bats 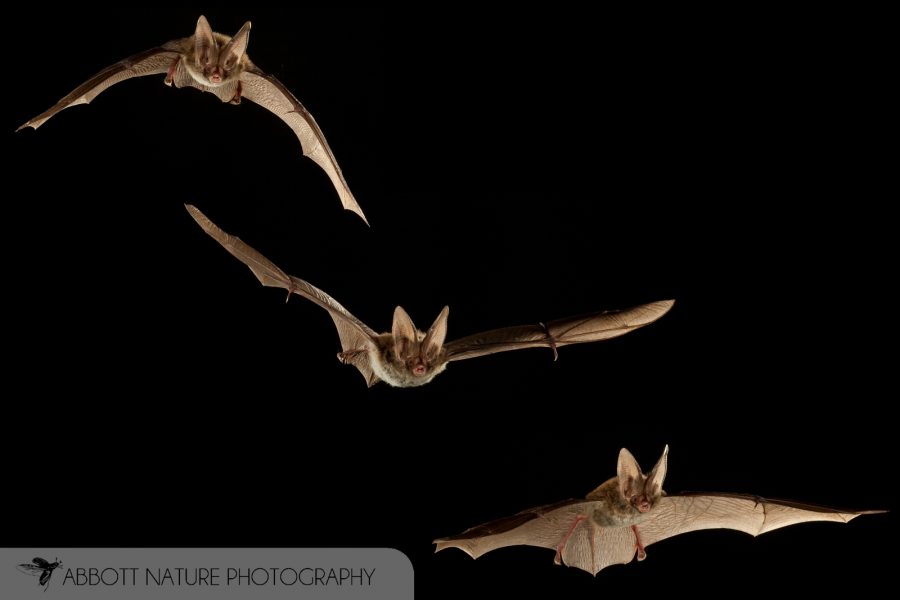 Whilst we always appreciated bats and understood how important they were in controlling insect pests, we really fell in love with them when we started working to get great photos of them. Most people have a negative view of bats because they hear about them as carriers of rabies, and the only interactions they have with them are unwanted. The perception in television and movies is so often one of flying towards people, getting stuck in your hair, or seeing them cast in other “horror” scenes.

There is so much more to these little creatures, though. They are significant pollinators and dispersers of seeds, they are essential for controlling pest insects like mosquitoes and those associated with crops, and scientists have been studying the anticoagulants in the saliva of species like vampire bats to help treat patients with certain heart conditions.

Nearly 200 species in more than 60 countries are also threatened or endangered. They can definitely benefit from attention by conservation photographers. Photographing this amazing group is a way to inform the public, refute misconceptions, and bring them closer to people’s hearts as interesting, charismatic, and beneficial animals.

An important note on the law

Bats remain highly protected in many countries, especially within the UK and the rest of Europe. Working with bats at sensitive sites should only be done in accordance with the local law, regulations, and a good ethical approach.

Where to find bats

Bats are often difficult to find as they are usually nocturnal and may live in caves, inside of trees, or other inaccessible areas during the day. There are, however, occasional opportunities to find bats perched in more visible spots such as under roof awnings, under leaves lower to the ground, and along branches.

Most of the time though, it is going to be more productive to join bat researchers in the field. Scientists often need imagery for talks and publications. But they often either don’t know how to take good photographs or don’t have the time while they are actively working with the bats. This can present a perfect partnership where you work alongside the researchers who can locate the bats and are knowledgeable about their behaviour.

On numerous occasions, we have accompanied bat researchers that are mist netting for bats so they can weigh and measure them. Working alongside them, we are often able to photograph the bats perched in their normal habitat before they fly off. We are also able photograph bats in flight tunnels when working with researchers. This technique is much like photographing them from a small cave exit using the Cognisys StopShot as described below, but we photograph them in an artificial tunnel instead.

You may also find subjects available through local bat rescue groups. Joining a group like Bat Conservation International is a good way to not only support this group of animals, but also to get connected with those working with them.

Many people see bats flying high and quickly at dusk, which makes for a difficult photograph. There are several ways you can capture bats flying in their native habitat, though.

Caves are a great way to photograph bats in flight and often present a visually impactful scene.

First, you of course have to locate a cave where bats are roosting. These will almost always require special permission for access. As mentioned, working with researchers can often help with this. Because you are photographing at night and usually have a narrow window of bat activity, it is usually critical to scout out the area during the day in advance. Arrive with plenty of time to set things up, get your bearings, and address equipment issues which invariably will occur. We have photographed large cave emergences like Bracken Cave in the Central Texas Hill Country of the United States.

With scenes like this, you will need multiple flashes capable of short duration bursts. You may also want to deploy multiple cameras to capture different angles. Pay particular note to the location and phase of the moon, as that could add an interesting element to your shot. PhotoPills is a great app for determining the track of the moon and sun.

Each cave will be unique, but you may want to consider placing flashes just inside the exit, insuring you will capture them at point where they will be densely packed. You likely will also want to light up the cave exit itself. Lastly, consider lighting any other features that would add interesting elements to your photo (e.g. trees or large rocks).

Larger caves like Bracken Cave are more of a challenge because you are dealing with such a large opening. You want to show a sense of scale, but need a good density of bats to make the photo and you may need to tweak your focus. It may take several days to get the image you want, but the reward is an amazing shot.

To actually capture your bat photo, you will want to have all your flashes slaved to one another. The easiest way is to use a radio transmitter on your camera to fire one of the flashes and have the others optically slaved. Because you are shooting at night, in relatively low light, you can have multiple cameras set on bulb mode and just reset them after the flashes fire.

There are also numerous controllers available these days that would let you control additional cameras in this way, while staying at the one that triggers the flashes. Because you are shooting on bulb though, you will need to monitor at least one camera to determine the proper exposure. Then, take multiple photos until your subjects are no longer exiting the cave in the densities needed to tell the story.

If the bats are not dense enough to make an interesting photo in one exposure, you can stack exposures during post processing to build up the numbers in the frame.

Smaller caves may be easier, in some respects, because the exit/entrance is such that you can be more certain of getting close up photographs of bats in flight. To do this, you will need to use a trigger of some kind (laser, infrared, and lidar are the common options). Cognisys makes the StopShot which can control your trigger, flashes, and camera.

Depending upon your situation, you can have a single beam or create a fence of beams that will be triggered by the StopShot when broken by the bat flying through. The narrower the point in a cave, the better it is for this kind of setup. Put your sensor(s) out of view and pre-focus on them. Using flashes (the power of which can be dialled down to freeze motion) you will be able to stop the motion of the bat (usually with an exposure of 1/20,000 – 1/50,000 sec).

If you are shooting at dusk, or when there is considerable ambient light, you will need to use an external shutter to exclude it – but you may be able to leave your camera(s) on bulb (resetting them at regular intervals) if it is dark enough. The number of flashes and their placement will vary with each situation, but we encourage you to experiment. If there is enough room, use multiple cameras with lenses of different focal lengths to capture different angles and vantage points. If the cameras are all in close proximity, you can tether them together via the external shutter control so that the StopShot is controlling them all.

Finding a water or food source

If you can find an area where bats are drinking or looking for food, you can set a sensor beam across a known path and use the StopShot to capture photos just as you would with the small cave scenario above.

What kind of equipment do you need?

To capture bats perched, you don’t need anything more than a standard macro setup or a telephoto lens, but you will likely need to use flash to light the subject since they are usually hanging out in poorly lit areas.

To capture bats in flight, the most important piece of equipment are the flashes. You will need flashes that can be dialled down in power, creating a short burst of light that will expose the image and stop the motion of the bat. There are numerous speed-lights that can be used for this, as well as the Paul C. Buff Einstein Flash Units.

You will want to control your flashes and camera using a Cognisys StopShot system. You can connect different types of sensors: we use laser, infrared, and lidar (Sabre units) for bats. You may need to use an external shutter as well to prevent ambient light from getting in.

Nearly any DSLR or mirrorless camera will work, and you will likely be using a range of focal lengths depending upon the shot you are trying to get. Settings will vary depending upon the situation, but you will want an aperture appropriate for capturing the right amount of depth of field (we are usually shooting in the range of f/8 to f/16).

With your camera on bulb mode and the environment dark (possibly using an external shutter), your exposure will largely be determined by the power and number of flashes, and the ISO. The camera(s) used and their low light capabilities will determine how high you can set the ISO, but many cameras these days are incredible when it comes to low light capabilities.

Probably the most important piece of equipment is patience. You will no doubt get lots of throwaways amongst a few really spectacular shots!

Clean your equipment so you don’t transmit disease

One thing to keep in mind, and that we always do after a shoot, is make sure to disinfect any of your camera gear between each site. Bats can carry diseases like white nose syndrome that you do not want to transmit to other populations.

Do your research and, if you are going to be photographing in an area with known diseases that can be spread, talk to researchers and take appropriate precautions. You may, for example, want a separate setup specific for those infected populations in addition to cleaning your equipment.

Bats are amazing creatures and it is always best to make sure you are not stressing them out. For that reason, it is best to work with a biologist who knows the animals and can help you determine best practices.

The best way to work with bats is in their environment. We even created a pond at our house so the local bats have water during a drought, and they are regular visitors to the black light set we use to attract insects. We have hung bat houses and tried to create a welcoming environment for the bats around our home.