How to Photograph Wildlife in Low Light

As a wildlife photographer, you will be well aware of the fact that most animals we wish to take photos of come out at dawn or dusk. This is also the time of day that the least light is available.

If you’re watching wildlife in a woodland area, then the available light is further decreased due to the canopy blocking out sunlight.

When light is very low, it is all about making the best of a “bad” situation. Usually, you’ll have to compromise something to achieve a properly exposed image. Here are some things to think about in such a situation.

Shoot with as wide an aperture as you can, so to let in as much light as possible. The best telephoto lenses will go to f/2.8, letting in a greater amount of light and making your life a lot easier in dark conditions.

However, not everyone has access to such equipment and instead has to cope with the limitations of budget telephoto lenses.

You may find that your lens only stops down to f/5.6 or higher. With this reduced amount of light reaching the sensor, you need to use other methods to brighten your photos.

The ISO speed you choose is very important for low light photography. Don’t be afraid of high ISO speeds and the digital noise it may bring into your photos.

Make sure you know the ISO capabilities of your camera beforehand, as then you can have a good idea of how far you can push your equipment. Some cameras perform badly at higher ISOs, resulting in very noisy images, while others can perform much better.

It is a case of you get what you pay for – cameras with better sensors will produce less noise at a given ISO speed.

If you keep your ISO value low, you will probably end up with a slow shutter speed. The result could well be a blurred image, and that is no use. It is better to be brave; pump up the ISO and cope with some noise – at least you then have a usable photograph.

Remember, even if your photo is noisy from using this technique, you can reduce the noise to some degree in the post-processing stage. Have a read of “How to Reduce Noise in Lightroom“ to learn about this.

How steady can you hold your camera? Is your subject sitting still? Does your lens have vibration reduction? These are all questions you should be asking yourself if you are faced with a low light situation.

If you have one to hand, then use a tripod. This reduces camera shake, allowing for slower shutter speeds to be used. Equally, vibration reduction that comes with many lenses nowadays can help to stabilise shots at slower speeds (although sometimes this can be detrimental if used as well as a tripod).

If your options are really limited, and if the animal you’re photographing is not moving very much, then you can afford to use a much slower shutter speed. I have, in the past, taken images at speeds of just 1/60th of a second or less when the light was very low. But it is a good idea to take a burst of frames when shooting at slow speeds like this, as you are then much more likely to have one that is sharp.

The photo below was taken early on in my career with very limited equipment. Light was in short supply as I was stalking deer early in the morning and the sun wasn’t fully up. At the time I was using a Nikon D80 and took this photo at ISO 400; even then it was pushing the limits. Consequently, I was forced to push the shutter speed down to 1/100th of a second whilst using it handheld. Even so, I got a usable image from my efforts. 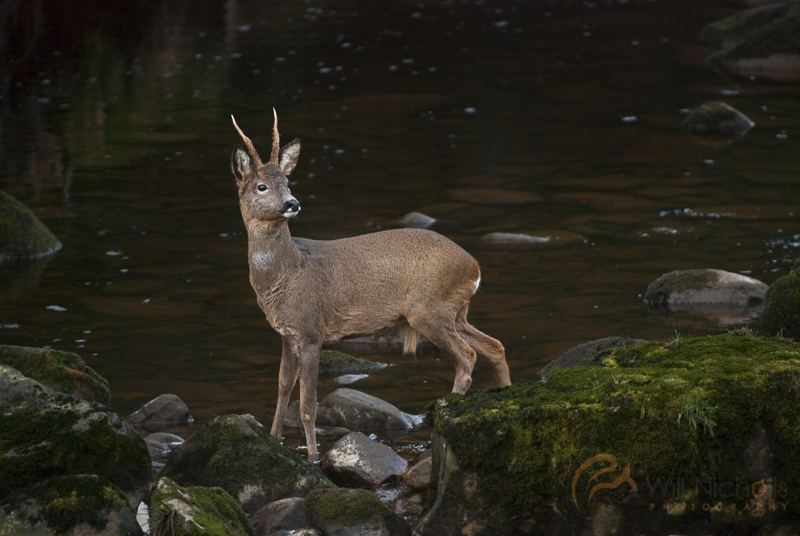 This next photo was actually shot at 1/80th of a second at an aperture of f/8 and ISO 400. The light clearly wasn’t particularly low on this occasion, but I’m showing you this photo to illustrate the fact that very slow speeds can still be perfectly sharp. 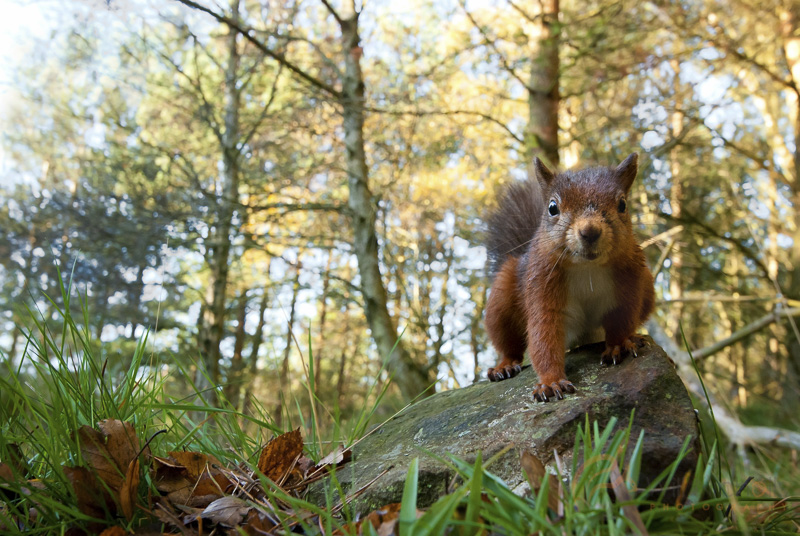 If you spend a lot of time taking photos in much brighter conditions, you may be used to using very quick shutter speeds. This is not always necessary, especially if you aren’t shooting an action-packed sequence. Just because you aren’t shooting at 1/1000th of a second or more, it doesn’t necessarily mean your images won’t be sharp at slower speeds.

Sometimes, a slow shutter speed can be used for more creative shots taken using the panning technique. This intentionally introduces motion blur, but keeps you shooting for longer into the evening.

If you are using a zoom lens with a variable aperture range, your maximum aperture is widest when fully zoomed out.

If this describes your lens, then consider zooming out a little and widening the aperture to give yourself a little bit more light. You can then crop in again when editing your photo afterwards.

Once you’ve optimised your settings as best you can, make sure that you hold down the shutter and utilise your camera’s burst mode each time you take a shot. By taking more images, this increases your chances of getting a sharp photo.

If possible, be sure not to underexpose your photos too much. This will only mean that you end up pulling the exposure slider up during post processing to compensate, and combined with an already high ISO speed you’ll introduce even more noise to your photo.

When conditions are very bad, you’re going to need to be bold and take a risk with your settings. But underexposing a photo in the field could ultimately scupper your results during post production.

Be realistic about your expectations

Sometimes you just can’t get enough light, even with the best of equipment. Be realistic about what you can expect and understand that there are times when you might not be able to do anything about the poor light conditions.

If you’re finding the limitations of your camera and its ISO capabilities a real problem, then an upgrade can make all the difference. Take a read of our article “3 Telltale Signs You Should Upgrade Your Camera Equipment“.

How to Photograph Wildlife in the New Forest National Park