The Wildlife of Madagascar’s Rainforests 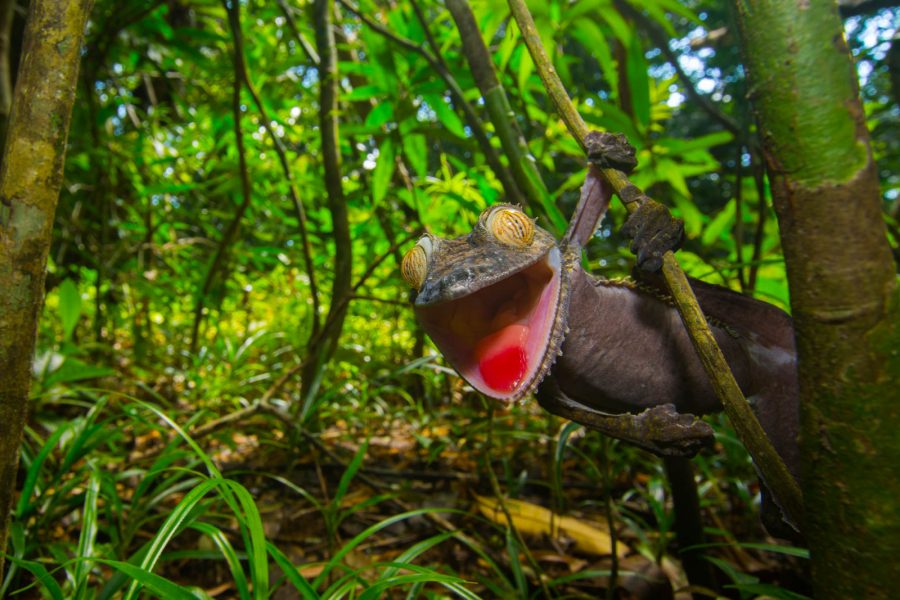 One of the many perks of student life is the incredibly long summers. For two months at the end of my first year at university, I was lucky enough to find a job as a volunteer photographer at the Charles Darwin Research Station in the Galapagos Islands, who were looking to add depth to their photo library. This, as you would expect, turned out to be the best summer of my life and so I was naturally eager to repeat a similar experience the following summer. As a biology student, what excited me most about the Galapagos was its incredible assortment of wildlife, the inspiring hypotheses of how their ancestors first arrived on the archipelago, and their evolutionary journey to where they are today. I then became set on travelling to the similar wildlife hotspot island of Madagascar; swapping tortoises for lemurs.

Being a broke student, for this to work I had to somehow swindle free food and accommodation, and work in a bar for a few weeks at home to cover my flights. I allocated a day to emailing virtually every eco-lodge and hotel on the island, stating my proposition of photos of the local wildlife and the hotel, in exchange for free board. In the age of social media photos are important for a company’s Facebook Page and Twitter account, so I assumed this would be an attractive offer. Luckily, the owner of Ecolodge Chez Arol agreed.

I immediately opened up Google and checked out the location (the Masoala region). I noticed three common phrases popping up: “the last area in Madagascar where beach meets primary rainforest,” as well as “the largest National Park in Madagascar,” and “home to the red ruffed lemur, which is only found in this area in the entire world.” Whilst most of Madagascar’s ecosystems are being destroyed at a terrifying rate, Masoala did seem to be one of the country’s last paradises. A few months later, I was spending my first night in the jungle being lulled to sleep by restless tenrecs and the Indian Ocean gently washing over the shore.

The joy with this job was that my interests of seeing and photographing the most amazing wildlife matched the lodge’s owner’s interests. Therefore, he helped me with my ideas in every way possible. Most of all, this was instructing me with a guide. In response to predatory birds such as couas, much of the wildlife of Madagascar has opted to hide away using camouflage instead of fleeing. This made it even more important to have the help of a guide. The leaf chameleon (Brookesia), is the perfect example. It not only blends in perfectly with the leaf litter, but the smallest species can be just 2cm long. The giant leaf-tailed gecko on the nearby Nosy Mangabe island employs a similar strategy.

One of my favourite projects in Masoala was photographing the red ruffed lemur – the region’s most iconic species. The challenge with this species was not only finding them (which was extremely difficult at this time of year when they are less vocal), but photographing them in such a way so that they aren’t an underexposed speck in the canopy smothered by foliage.

After four days of my guide and I getting increasingly frustrated, we came across a pair of the lemurs in the perfect location. My viewpoint was on a steep hill on the same level as the lemurs in the canopy; the evening sun lighting the scene nicely. Thankfully, the pair stayed in the fruit tree for a week or so, allowing me to get plenty of photos and footage of an otherwise extremely under-photographed and beautiful species.

My most surprising and memorable encounter was with the local lowland streaked tenrecs. These creatures are one of the most striking examples of coevolution, resembling a colourful shrew/hedgehog hybrid (despite actually being more closely related to elephants than any such animal). Their most famous characteristic is their ability to use stridulation to communicate, by rubbing hairs together on their back to create high pitched frequencies in a similar fashion to many insects. Following a few brief encounters of a flash of yellow and subsequent immediate disappearance, I was delighted to find an individual busy searching for earthworms in a ditch just by my hut.

For some reason, this tenrec (Terry) ignored the presence of people and I proudly showed him off to almost anyone that I met. However, this tameness had a flip side – he was always so comfortable digging that he never stopped to pose for his photo to be taken and always disappeared within 10 minutes under a hut or a pile of leaves. He stayed for two more evenings, and then was never seen again, leaving me with little but heartache and frustration. With Terry, I found using a very wide-angle lens (10mm) with a flashgun to be most effective but in hindsight, external flashes complete with wireless transmitters and receivers may have created a more interesting effect. I knew that the function of this animal’s eyes is almost redundant, and not surprisingly it showed no reaction to flash, and so it was harmless to use this setup for this extended period of time.

This experience was a once-in-a-lifetime opportunity, so careful planning of necessary kit required and researching the area’s wildlife were essential to get the most out of it. In terms of equipment, it’s safe to say I planned for every possible encounter but was far too naïve about how I would get it all there (see Will’s article on flying with equipment). Before leaving, I spent a day researching the behaviour of the animals that inhabit Masoala, and looked on Flickr to see photos of what other photographers have achieved in the area. This is not only good for inspiration, but can also be used as an indication of what animals will be feasible to photograph. To my delight, this confirmed to me about the possibility of red ruffed lemurs, but also grounded me on the reality of seeing (let alone photographing!) aye-ayes and fossas.

All this preparation gave me an idea of what kit I’d need, and so I was able to avoid any unnecessary purchases. Manfrotto’s BeFree lightweight tripod was incredibly manouevreable in the jungle and saved me on flight baggage restrictions (however, it was admittedly too lightweight for filming), complete with my favourite Wimberley head. An infrared converted Nikon D90 bought on eBay helped me with nocturnal animals (which is when the jungle comes alive). My old Nikon D300 was used as a part of a camera trap setup in a failed attempt to photograph the elusive fossa. Camera and lens waterproof plastic bags (rainforests living up to their name and all that jazz). And lastly, which may seem obvious in the dark jungle environment but was absolutely crucial, a flashgun. My key mistake was forgetting to bring a sensor cleaning kit and so some of my shots had clear dust spots which were difficult, or impossible, to remove in post production.

Many people return from the jungle saying something along the lines of “everything wants to eat you,” however, Masoala is benign compared to its mainland counterparts. Unfortunately, like most of Madagascar, Masoala is in trouble from those looking to exploit the land. Only 10% of the country’s original forest cover remains, but Masoala still holds an astonishing 2,300km2 of protected area. Nevertheless, loggers are still hungry for rosewood trees and the protection status of the area doesn’t fend off all of them.

But there is a solution. Currently, ecotourism is seen by many to be the saviour of the area as there is more money in catering for tourists than exploiting the local environment. More tourists means more money, and more money leads to better protection. Ecolodge Chez Arol is a stellar example of this and is at the forefront of Masoala’s responsible ecotourism revolution, whilst also having the best access to the most stunning primary rainforest in the area. This, along with some more of my wildlife encounters, is discussed in more depth in my documentary ‘Madagascar’s Last Paradise’.