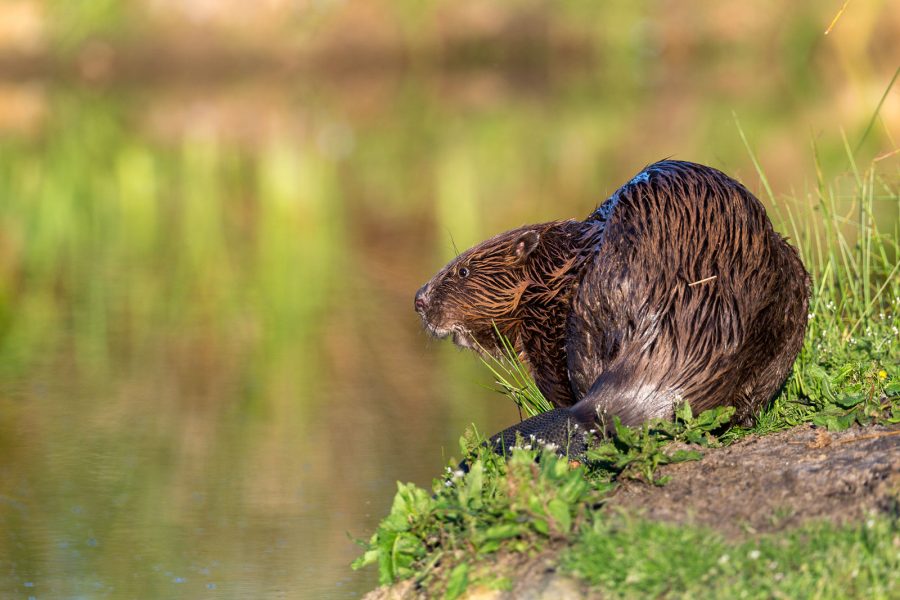 There can be no doubt that summer is a time of plenty, the countryside is burgeoning with insects, wildflowers, and young birds and mammals. Encouraged by a period of warmth and the long hours of daylight, much of our wildlife is at its most numerous and active.

Wildlife photographers who like to be out at dawn and dusk must work unsociable hours to gain the greatest rewards, what with the long summer’s days. The prize can be great, though, with photographic opportunities in summer being many and varied. Here are a few ideas for summer wildlife photography from across the spectrum of natural history subjects.

1. Beaver photography in the UK and beyond

Last summer I was commissioned to photograph some beavers which had escaped cavity and established a substantial breeding population in the south west of England.

Beavers can now be found at a number of sites in the UK, having been introduced into large, natural enclosures as well as there being plenty of genuinely wild creatures with the largest population centred on the River Tay in Scotland. They are also widely spread around the world, being found in the northern half of the northern hemisphere; North American beavers in America and Eurasian beavers elsewhere.

The beaver is a rodent, in fact it is the second largest rodent in the world after the capybara. Being a rodent means its teeth continually grow and so gnawing timber is a good way to keep them trimmed. They fell trees to make dams and therefore they can reach the fresh growth of twigs and leaves at the tree-tops.

The trees are not usually killed by their activity, but tend to grow back vigorously from the base providing yet more food for the beavers and a greater diversity of habitat for other wildlife.

The pools they create with their dams become vibrant places for a range of other animals including dragonflies, kingfishers and waterbirds. As well as dams, the beavers create lodges in which they can safely hide away during the day.

Beavers remain active throughout the year, but summer is the best time to photograph them for two reasons. Firstly, they like to be active at night but because the hours of darkness in summer are so few they are forced to feed at dawn and dusk. Secondly, their kits are born in the late spring and usually emerge from their lodges in summer and they can be quite confident.

The first challenge for a wildlife photographer is to find beavers. This can be done by using field craft, looking for their tracks and signs in potentially good areas. They are not difficult to locate since their dams and gnawed trees are usually obvious. Other alternatives are to get involved with local wildlife groups and ask for advice or keep an eye on social media for locations where they have been released.

When I arrived at the location in question, I decided to spend my evening quietly at what I thought might be the best spot. I didn’t use a hide, just dark clothing and I sat still. I set out a couple of camera traps to watch areas which I couldn’t see from my position and waited for about three hours until it was completely dark.

I saw an adult and two kits from where I sat. I also observed enough of their behaviour to know their favourite spot to sit and groom was on a fallen tree which was partly submerged. So, the next day I cut some sprigs of willow with lovely fresh leaves on them and placed them in the still water near the fallen tree. I also tidied up the area a little by taking out some of the twigs and branches which partly obscured my view.

The second evening was very successful, with one beaver kit gratefully taking my willow twigs to its favourite spot and eating them. I was in position early enough to photograph them as soon as they came out but the wooded environment was quite dark which meant I needed to use an ISO of 1600 or some very slow shutter speeds – but I preferred this to using flash guns which would have created an artificially dark background.

I was pleased that the kits were not at all bothered by the sound of my shutter. Like the badger cubs which I have photographed many times in the past, they seem almost fearless but when scared they slap their tail on the surface of the water and scarper at speed!

2. Dragonflies and Damselflies in the Summer

Dragonflies are super summer subjects. They are colourful, beautiful, easy to find and provide enough of a challenge for photographers of any ability. They can be distinguished from damselflies by the way in which they hold their wings at right-angles to their bodies, whereas damselflies hold them parallel (though there are a few exceptions).

The other most useful feature to look for is the eyes. The two eyes of a dragonfly touch in the middle, so the eyes take up most of the head, whilst the eyes of a damselfly have a gap between them.

Dragons and damsels can be found across most of the world and inhabit wetland sites including ponds, lakes, ditches and rivers. Arguably the best place for photography is a sheltered pond where there is some emerging vegetation and easy, safe access to the water’s edge.

For me, a dragonfly photography day starts at first light. This is the best time of day to find them emerging. The larger species prefer to get through the most vulnerable part of their emergence under cover of darkness. This means that with the first light of the day it is sometimes possible to find newly-emerged dragonflies still resting adjacent to their exuviae (the exuvia is the shed skin of the larva from which the dragonfly has just emerged).

When they are newly-emerged they aren’t able to fly because their wings are too soft. This gives us a chance to get in close and frame the shot of our choice, rather than grabbing a photo as and when they choose to land later in the day. Light-levels early in the morning can be low but conditions tend to be less breezy and the quality of sunlight much more pleasing.

As the sun and temperature rises, the dragonflies will become active. Newly-emerged individuals will fly to the cover of hedges until their wings have fully hardened but others will come out to claim territories around ponds. Males seek females to mate and then the females will begin egg-laying. Different species adopt various strategies for this with some flying in tandem to lay eggs, others such as the emperor split with the female laying eggs while the male watches over her.

One of the greatest challenges for the photographer is to capture a dragonfly in flight. In my experience autofocus is not useful because it is impossible to follow a dragonfly accurately as it flies randomly and quickly around its territory.

I have had greatest success by using a 300mm f2.8 lens pre-focussed to a certain distance which will give me a reasonably-sized image. I then try to follow the dragonfly through the camera with it out of focus, and as it comes close to being in focus I blast a few frames off on a fast camera and hope for the best. It’s not exactly spray-and-pray, but nor is it an exact science!

3. Head to the moorlands

Late summer is the time when heathland and moorland around the world comes alive with the vibrant colour of heathers.

I am lucky enough to live in Cornwall, England, where we have some amazing places to photograph heathland. Old mine buildings, lighthouses, and ancient burial cairns can provide wonderful focal points amongst colourful areas of heather.

So in summer I spend a fair amount of time walking the coast path looking for the best patches of heathland adjacent to great views. When I find them I work out the angles of light and re-visit at a time of day which will provide the best light, usually dawn or dusk.

The strategy is simple. Use a very wide-angle lens, get very close to the foreground heather, use a small aperture and the hyperfocal distance to get everything sharp. If I can’t get it all sharp in one shot then I might focus-stack, though one alternative is to use a shift and tilt lens to increase the depth of field. I usually find I need to use a graduated filter because the heathland is invariably darker than the sky.

Learn more: Where to Focus in Landscape Photos

If it’s overcast when I visit, I will do some close-up photography. With a macro lens and wide aperture, it is possible to isolate one sprig to show the detail of the flower. I also love photographing heathers backlit against a low sun, especially with a telephoto lens. 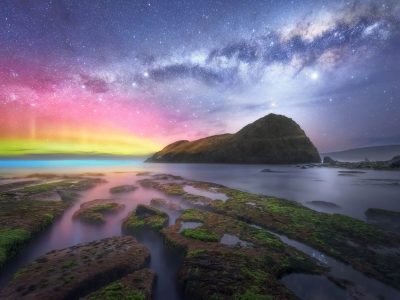 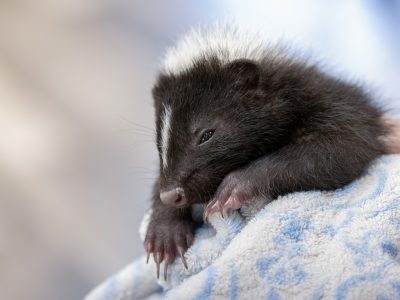 How to Photograph a Wildlife Rehab Centre in Action

How to Make Cyanotypes of Flowers