How to Photograph Arctic Wildlife 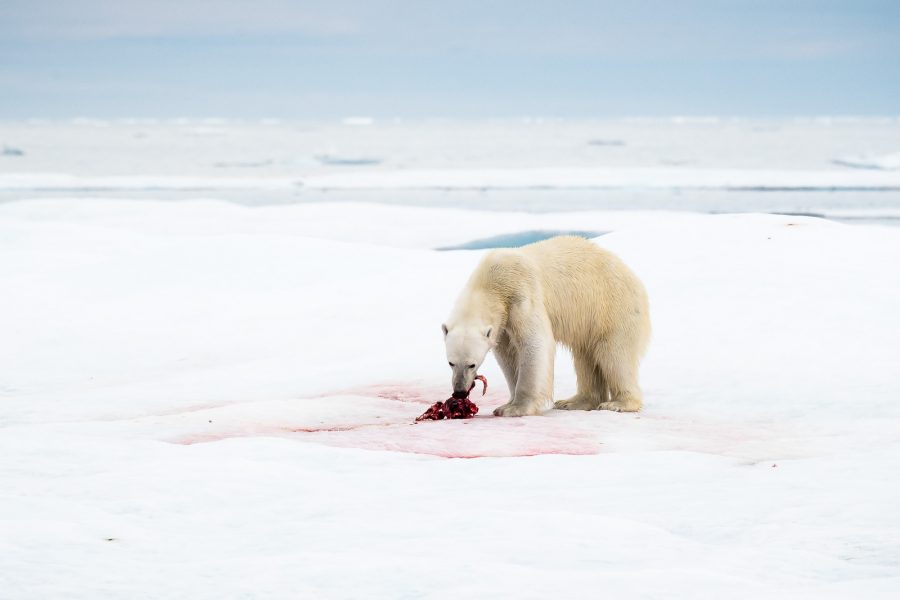 Arctic wildlife comes at the top of the bucket list for many wildlife photographers. Whether its polar bears, Arctic foxes, walrus, or something else, this region provides incredible photography opportunities.

First, what actually is the Arctic? It is the region surrounding the North Pole that consists of a large ocean surrounded by land.

The Arctic as several definitions and boundaries. It can be defined by the tree-lines, by the Arctic Circle at latitude 66°33’N, by the permafrost, or even by the maximum sea ice extension. Here, as we will have a look closer at the wildlife that inhabited this region, we will define the Arctic region as the area where the average temperature for the warmest month is below 10°C. 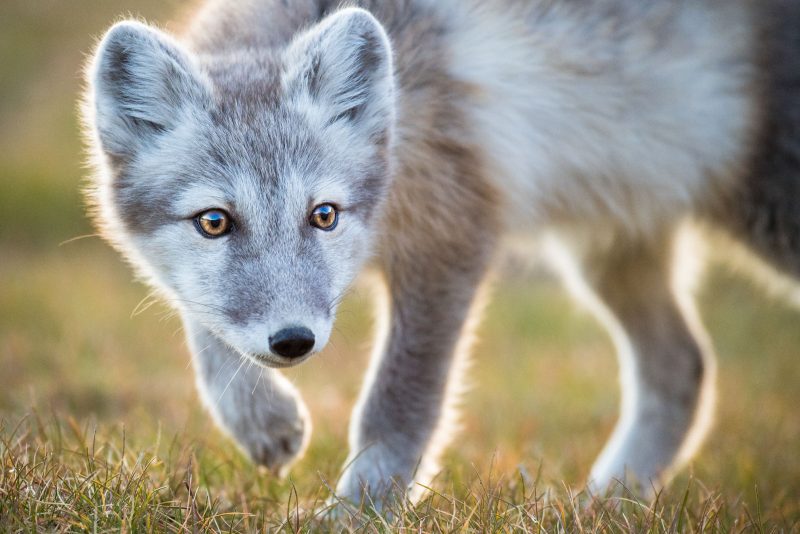 Millenia of evolution has prepared Arctic endemic species for life on and around the sea ice. Perfectly adapted are animals such as narwhal, beluga, walrus, polar bear, Arctic fox, reindeer, the bowhead whale, and several varieties of seals. The extremely cold temperature and harsh weather have limited the activities of these animals, especially the species that live on land.

During the spring and summer months, many sea mammals and birds return to the Arctic to feed on fish and krill as the cold waters of the polar regions are one of the richest places on earth.

You can encounter wildlife anywhere within the Arctic. Sometimes this might be even outside of the common Arctic border, such as the polar bears in Hudson Bay or the musk ox in the south of Norway. These areas are called the sub-Arctic regions.

There are two options: either you have a specific species that you want to see and document and you are going to this special location to get it (like the wolverine or Arctic wolf), or you choose a location where you might encounter a large variety of species and have a higher wildlife density to experience. 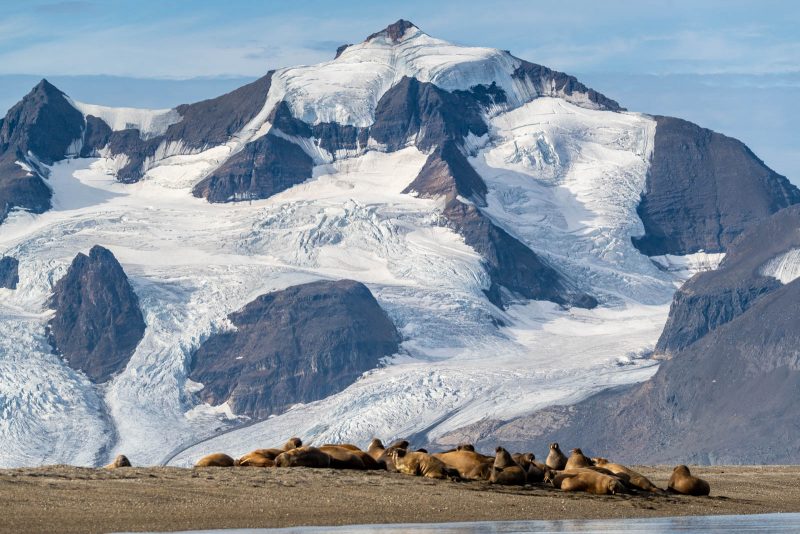 Svalbard is one of those places with a high wildlife density, and many species can be spotted there. It is located between the mainland of Norway and the North Pole.

The northern coast of Svalbard is only 1100km from the North Pole. It has cold water coming from the north, but also more temperate water on the west coast where the Gulfstream ends. There you will certainly have the chance to encounter polar bears, Arctic foxes, reindeer, belugas, plenty of birds nesting on the cliffs, humpback whales, and blue whales (which can be common during the summer). 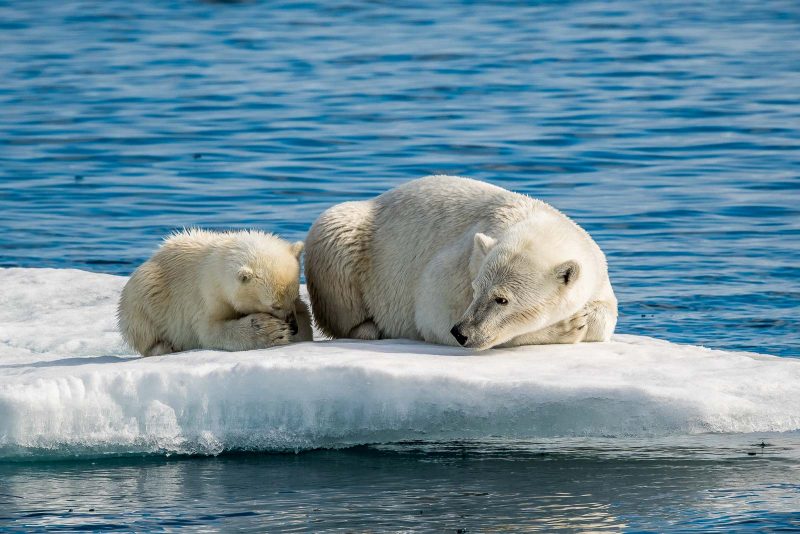 The Lancaster Sound and the area of Baffin Island in Canada is pretty similar to Svalbard in terms of density and opportunity to spot wildlife. It is, however, less accessible.

Greenland also has diverse wildlife. However, the country is very large and, in my experience, I have encountered a lot less wildlife there. But again it depends on what you want to see. There is plenty of whales in some parts of Greenland and the country also has a huge population of seals.

Pick the best time to go to the Arctic regions

It is possible to encounter some specific Arctic species in winter, however it will mostly be dark the further north you go. Also, this means that the wildlife activity remains pretty low.

One great option is to go there in spring. In the Arctic, spring is not the spring you are used to knowing elsewhere in the world. Here we refer to spring as when the sun and light returns. For instance, if you go to a high latitude (like Svalbard, Greenland, and northern Canada) in April or May the landscapes will still be white. You will have a great chance to spot polar bears and other wildlife on the sea ice. 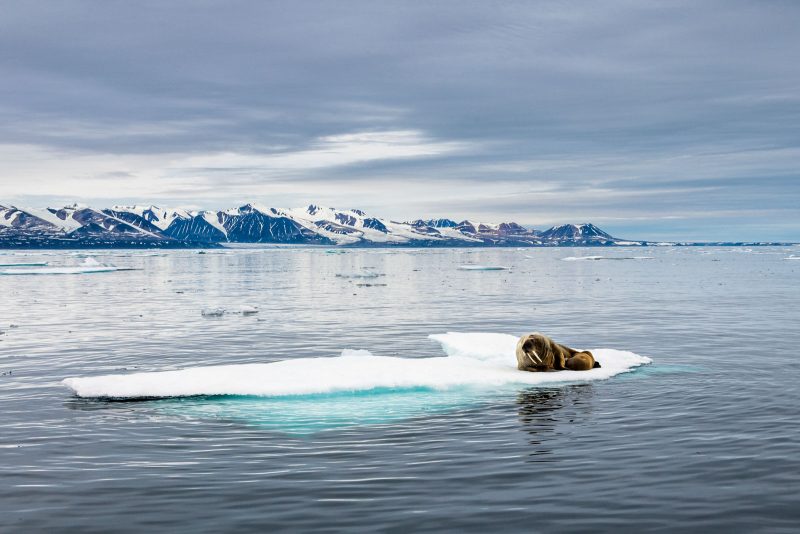 On top of it, you will also have the best light to photograph, as the sunset and sunrise feel eternal and magical. Keep in mind that the forecast in the Arctic is very overcast, but it will provide even better images of the animals than a clear blue sky would. With a grey sky, the ice will naturally look bluer.

Spring and summer are the best times as a lot of species, such as whales, return to the Arctic to feed.

Photography equipment to bring to the Arctic

Here you want to have a long telephoto lens. If you want to show the animal in its environment, and you are fortunate to have the bear approaching you enough, then you can also use a wider angle lens.

I like to work with two cameras at the same time: one with a longer zoom lens, and one with super long prime lens (or one mounted with a wide-angle). This way I can quickly switch between them without having to change lenses. 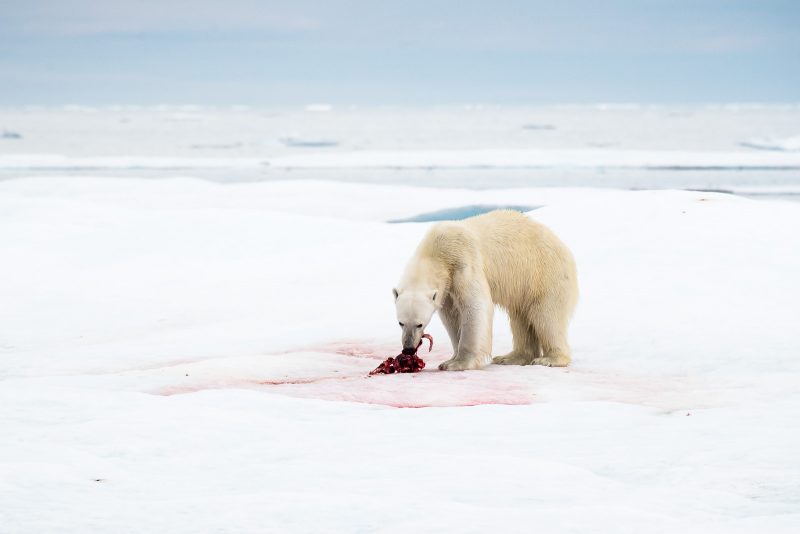 It is very important to be working with a camera that you know like the back of your hand, and make sure you don’t end up spending time looking at your camera instead of looking at the animals.

Here are a good range of focal lengths to look at when choosing a lens: 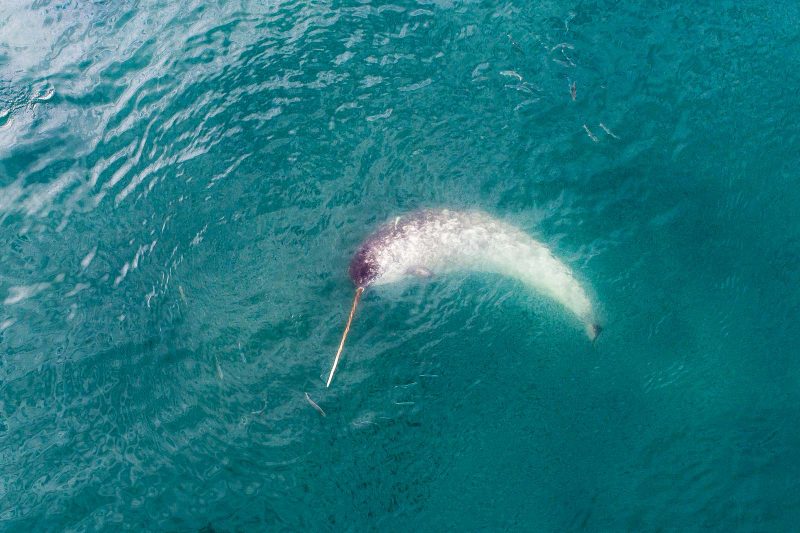 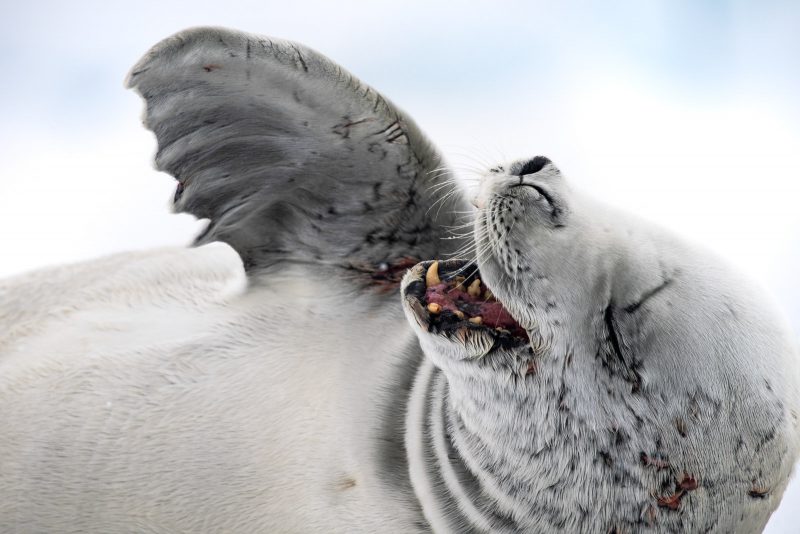 Tips for working with kit 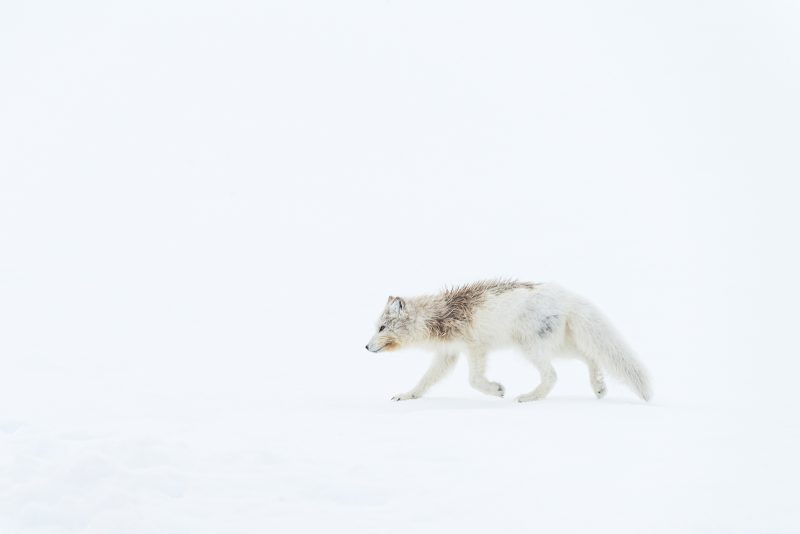 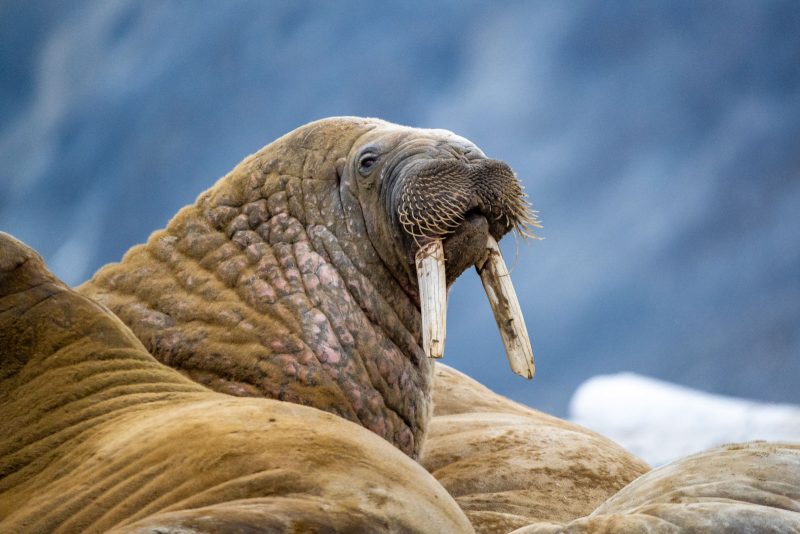 In the end, don’t forget to put down your camera

Remember to live in the moment and not only photograph things. There is no better feeling than being close to these incredible animals and sharing the space with them.

When I find myself in the remote Arctic, co-existing in harmony with the wildlife that calls it home, I know that this is where everything makes total sense and it gives me the inspiration I need to bring home meaningful images that can bring a better understanding of the world.