Where to Photograph Wildlife in North America 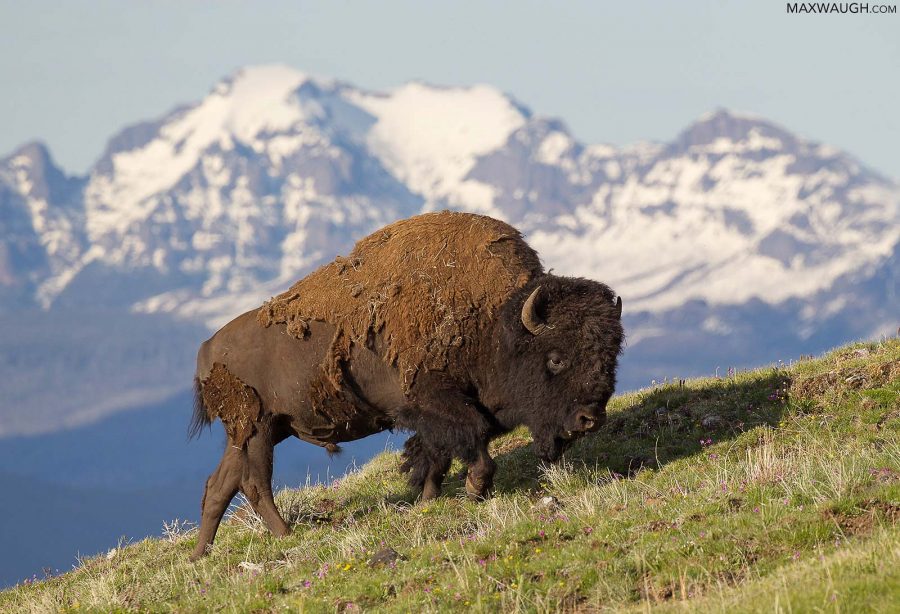 North America has long been a popular destination for nature enthusiasts. The continent hosts a plethora of wildlife, spread across a variety of rugged and beautiful environments and ecosystems. North America holds a wide range of habitats, from the polar north to the southern deserts and tropical rainforests.

Like Africa and Asia, it is home to some of the world’s greatest populations of large mammals, including the world’s largest terrestrial predators, making it a popular destination for wildlife photographers.

Thanks to early conservation efforts that began with the establishment of the world’s first national parks in the late 19th century, there remains an abundance of natural areas to explore. There’s so much to see – including high concentrations of biodiversity present in certain areas, but in most cases these “hot spots” are fairly spread out. As a result, one of the challenges for budding photographers, or those unfamiliar with the continent, is to figure out where to start.

Budget and scheduling may dictate trip planning but, ultimately, the choice often comes down to what you’re hoping to see and photograph. You’d have to make dozens of trips to cover all of the major highlights that North America has to offer, so determining your photographic goals first will help you narrow down your choices. The following suggestions only scratch the surface of what’s possible!

Yellowstone National Park is the most famous wildlife destination in North America. It was established as the world’s first national park in 1872, and has drawn hordes of visitors looking to experience its thermal features, wild animals, and landscapes ever since.

The park’s reputation as a wildlife hot spot is well-deserved, but the Greater Yellowstone Ecosystem extends beyond Yellowstone’s park boundaries and includes Grand Teton National Park to the south. The ecosystem boasts the continental United States’ greatest collection of animals and, perhaps more importantly, the most accessible gathering of major species on the continent.

There may be parts of Alaska and Canada that host the same mix of wildlife that the “GYE” has to offer, but you won’t find it in such a confined area with an easily-navigable, well-established road system (all of which are great for photographers). 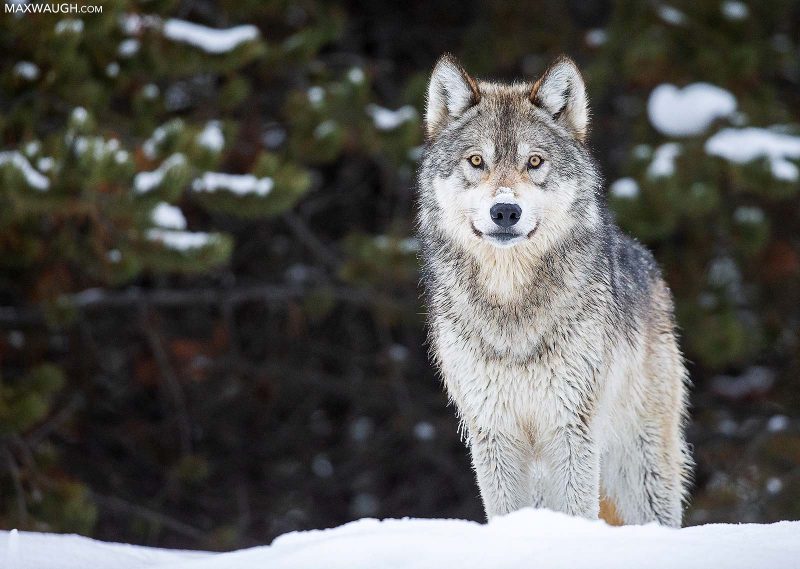 Yellowstone is home to most of the continent’s major predator species, including two species of bears, three varieties of canids, and three types of wild cats. Ungulates are plentiful, from the iconic American bison, to moose, elk, deer, bighorn sheep, and pronghorn. Even mountain goats can be spotted on the high mountain peaks.

But it’s not just the big targets that get photographers excited. Smaller mammals are abundant, including a variety of weasel species, rodents, and lagomorphs (rabbit, hare, and pika). The GYE can be a great birding destination as well, with migrating and nesting birds active during spring. Raptors, waterfowl, songbirds, woodpeckers, and other avian species can be seen throughout the year.

If there’s a place on the continent that rivals Yellowstone in terms of sheer diversity, it’s Alaska. What makes Alaska more challenging to explore is its massive size!

The state has an abundance of wildlife hot spots, but it can take some time to get between different areas. Many photographers visiting Alaska focus on specific locations, with a just couple of primary wildlife goals in mind.

Bear photography is a major attraction. Two of the best places to photograph wild brown bears are Katmai and Lake Clark National Parks. Because the bears in these areas have an abundance of coastal food sources (including sedge grasses, clams, fish, and berries), they’re often tolerant of humans.

Photographers visiting these parks can work with seasoned guides to experience close photo opportunities with bears, but there are also other species around. Wolves and foxes may be seen roaming tidal areas and coastal grasslands. Eagles and osprey are constantly hunting for salmon. 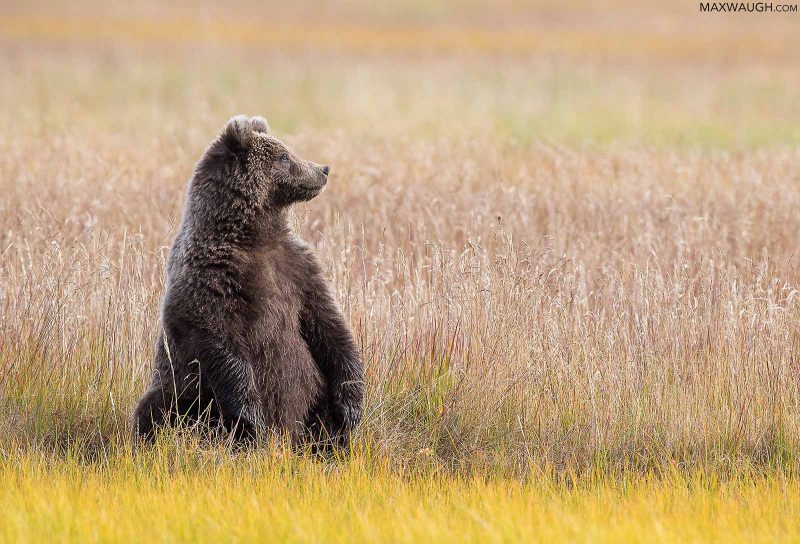 Alaska also has something for photographers looking for a different kind of bear experience than what you’ll find further south. Kaktovik, on the northern end of the Arctic National Wildlife Refuge, has become a popular spot for polar bear photography. Each year, the local native tribe is allowed to hunt a limited number of whales. The unused remains of these carcasses, combined with receding sea ice, have led to larger numbers of polar bears being seen in recent years… and increased photo opportunities.

Alaska also differentiates itself from Yellowstone by offering good marine wildlife viewing. Boat trips out of Homer or Seward can bring visitors in photo range of humpback whales, orcas, porpoises, and even sea otters. Eagles and puffins also attract a lot of attention.

Down the coast from Alaska, Canada can take pride in one of its own Pacific gems: the Great Bear Rainforest. Few had heard about this wild stretch of the British Columbia coast prior to the last decade or so, but interest is rapidly increasing in the photographic community.

The region became famous primarily due to the presence of the spirit bear. This subspecies of American black bear possesses a recessive gene that causes one out of every ten bears to be born with white fur. It’s only found in this area, and is a major goal for photographers hoping to capture images of this elusive beauty.

This rare animal is far from the only attraction, however. The Great Bear Rainforest is home to numerous other coastal species, including black and grizzly bears, coastal wolves, humpback whales, orcas, and sea and river otters. Mink dash along the rocky shores and swim across narrow channels. In autumn, during the salmon spawn, creeks and streams attract dozens of bald eagles and gulls, while kingfishers chitter away above tidal pools. 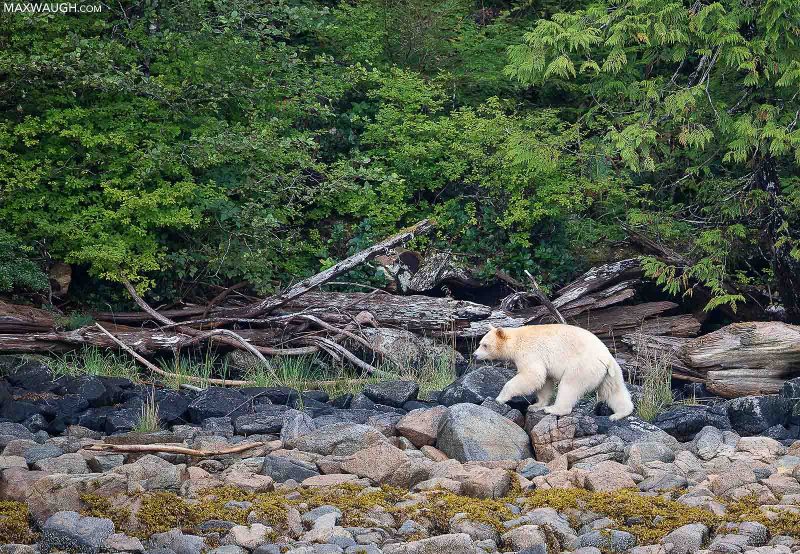 It’s one thing to encounter and photograph these species in the wild, but to do so in one of the most beautiful wild areas of the Pacific coast makes it extra special. Vast stretches of temperate rainforest hug the water’s edge. High cliffs, scenic fjords, and narrow tidal channels are reminiscent of the Norwegian or New Zealand coastlines… but with plenty of animals dotting the dynamic landscape!

The Great Bear Rainforest is a truly special place, in part due to the stewardship of local First Nations. They kept the spirit bear secret from westerners for centuries, and today play an important and active role in conserving the ecosystem, all while limiting tourist numbers in order to reduce human impact on the environment.

So many of these wildlife hot spots are found in western North America, thanks in large part to the larger stretches of untouched wilderness found there. But that doesn’t mean the eastern part of the continent is barren. Far from it. 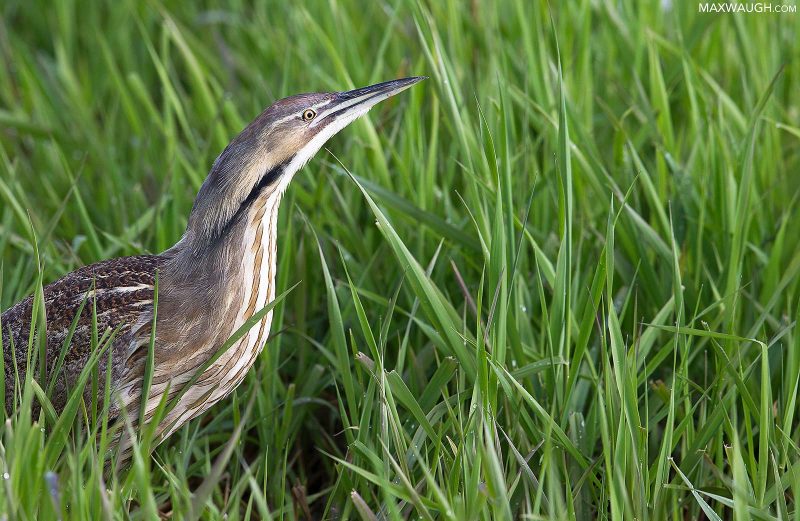 Birding enthusiasts may be interested in a visit to Florida, highlighted by Everglades National Park. This vast mix of wetland and dry habitat is home to over three hundred avian species. Some of the most prominent subjects include storks, herons, and egrets, as well as the beautiful-but-strange roseate spoonbill.

There are more than just birds here. Plenty of reptiles and amphibians reside in the Everglades, the most common of which is the American alligator. Mammals include raccoons, otters, and bobcats, as well as the ultra-rare Florida panther.

California may not be high on the list for most casual wildlife photographers, but there are a few areas in the north-central part of the state that present some unique opportunities for animal viewing and photography.

This includes a couple of the best places to see bobcats in the wild: Pinnacles National Park and Point Reyes National Seashore. Pinnacles also boasts grey fox, wild turkey, coyote, and deer. One may even get a distant glimpse of the California condor, whose population is slowly rebounding from near-extinction. A photo excursion in Point Reyes may yield sightings of American badger, coyote, river otter, owls, and more.

Marine outings near Monterey Bay, south of San Francisco, can be great for photographing sea otters, and at the right time of year, whales and orcas. 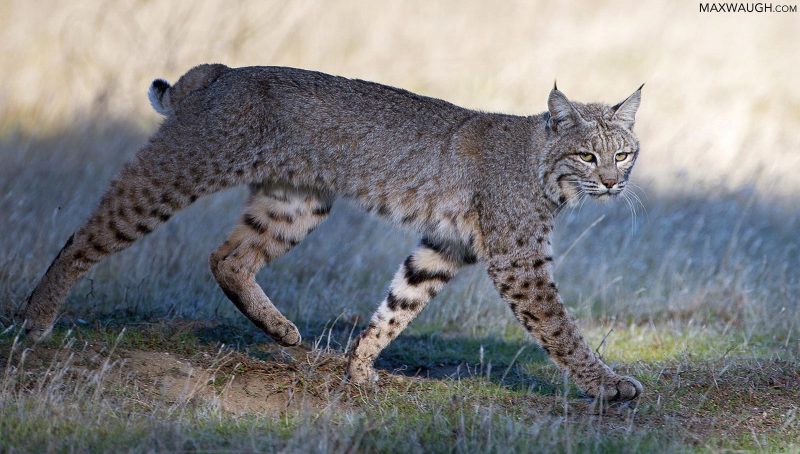 Our final recommended location is one that North American residents might describe as “their own back yard.” Wildlife isn’t just found in the larger, big name national parks. There are hundreds of local parks, refuges, and preserves dotting the continent. Some are found nestled in urban areas, but even further afield there’s likely going to be good wildlife habitat within a couple hours’ drive of any major city. 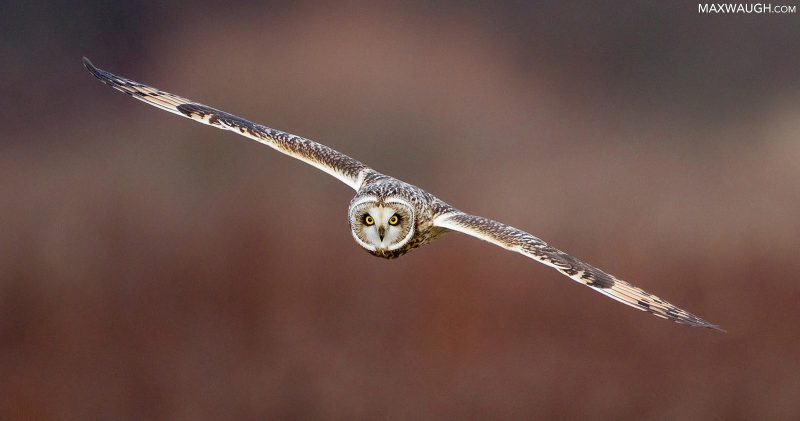 These parks and reserves provide excellent opportunities to photograph resident owls, woodpeckers, or other birds. They often provide the perfect habitat for migrating or wintering species.

Some notable examples include Magee Marsh in Ohio (famous for its migrating warblers), Bosque del Apache in New Mexico (sandhill cranes), and the Lower Klamath Basin in southern Oregon (huge flocks of geese and swans), but photographers should be open to exploring smaller local gems as well. While there, one may just find the perfect subject away from the throngs of big lenses and larger tourist crowds.