Storks of the Sea: A Unique Group on the Cliffs of Portugal 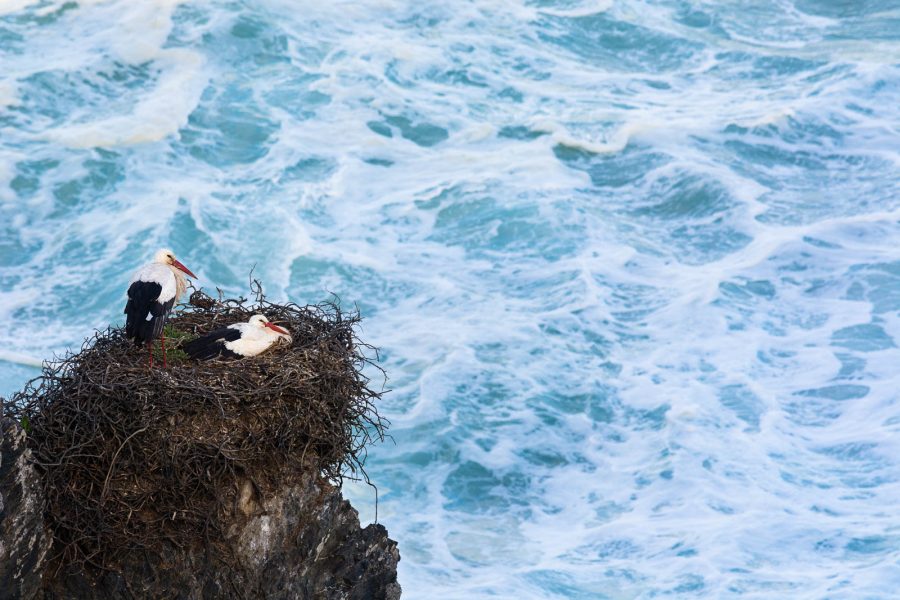 Home » Inspiration » Wildlife » Storks of the Sea: A Unique Group on the Cliffs of Portugal

The Sudoeste Alentejano e Costa Vicentina Natural Park is a protected area located in the southwest coast of Portugal, known for the great diversity of coastal habitats, where endemic flora and unique populations of birds and mammals thrive.

High cliffs are a constant along the rugged coastline, providing an aggressive, yet beautiful aesthetic to the landscape. 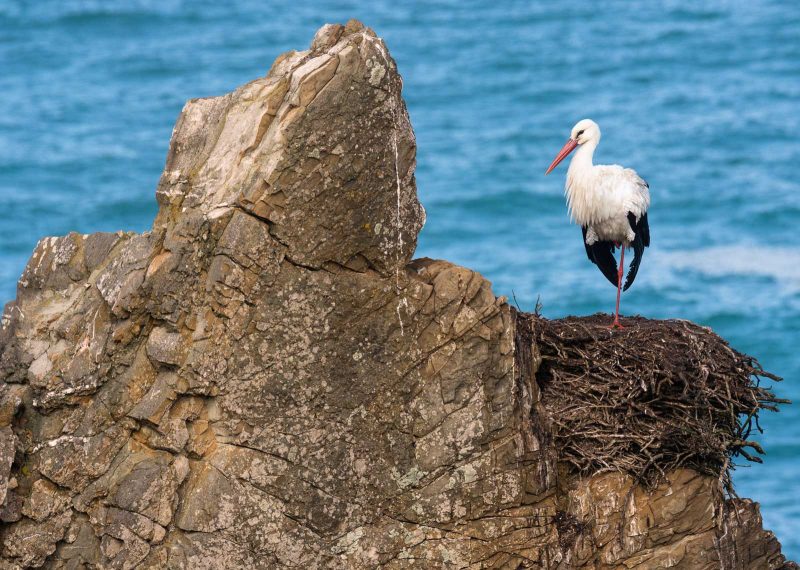 This park features high levels of biodiversity and is home to many migratory bird species, as the iconic osprey (Pandion haliaetus), and to the only marine otter (Lutra lutra) population known in Portugal.

With so many interesting organisms it wasn’t easy to choose which species to focus on during my trip, however one of them has been fascinating me for a while: the white stork (Ciconia ciconia).

I know, it doesn’t seem very exciting; white storks are quite common animals and can be easily seen, but the population from this park displays a unique behaviour, which cannot be observed elsewhere in the world. These animals breed on cliffs along the coast, in places no one has ever dreamed it was possible to build such big nests. 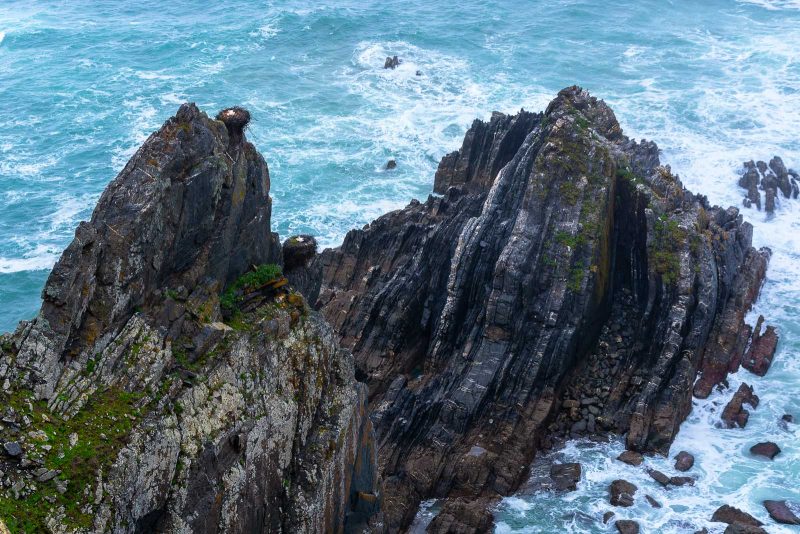 Usually, it nests on trees, old buildings, and even on electricity poles. However, probably due to the scarcity of these structures until a few decades ago, these storks began to breed on cliffs by the sea.

One of the big advantages of nesting in such conditions is the protection from terrestrial predators, as few animals would risk their lives in the unstable and slippery rock at such heights. But it comes at a price: the nests are quite exposed to the elements and spring can be ruthless, with days of heavy rain, strong wind and less than enjoyable temperatures.

I only had three days to make a compelling story about this population, which isn’t much time. But I knew if I put some effort and perseverance into the project that I could make it work.

I wanted my pictures to portray the habitat they live in, their behavioural particularities (especially when nesting), and the tough conditions they must endure. 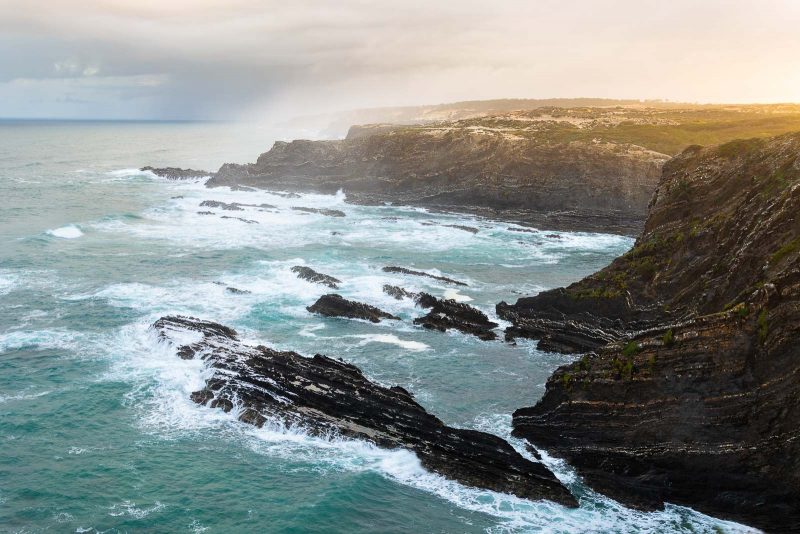 Based on all the research I have done beforehand, I decided to focus my efforts mainly in one place: Cabo Sardão. This was because the access is easy, it is a beautiful spot, and storks nest there every year.

The first day started out grey, with heavy rain and persistent rain. I didn’t get any good photos of the storks, the light wasn’t good enough and the wind and rain didn’t help, but I did find some interesting compositions to try in the next few days.

Nevertheless, I got a nice image of the surrounding landscape, when for brief moments the sun shined through the clouds and lit part of the cliffs in the distance (see above image).

On the next morning, I was back to work. The weather was cloudy again but the light was better. I had planned to photograph a stork in the nest taking care of the eggs, which turned out to be a game of patience as most of the time the bird was incubating them.

Finally, after some hours of waiting, I got what I was looking for: the stork stood up and interacted with the eggs. On top of that, I was able to include in the image the main elements of their habitat: rock and water. 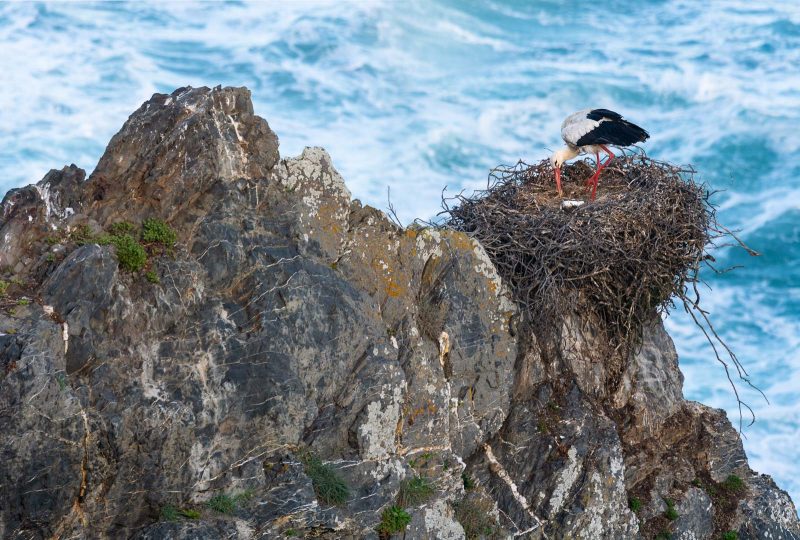 A bit lower, in the same cliff, another couple was incubating. I was quite high compared to the birds and usually I wouldn’t be happy with my position, but in this case it worked out quite well.

The high angle allowed me to get rid of distractions and include just the storks in the frame and the rough sea in the background, resulting in a simplistic image.

Learn more: How to Photograph Animals in Their Habitat 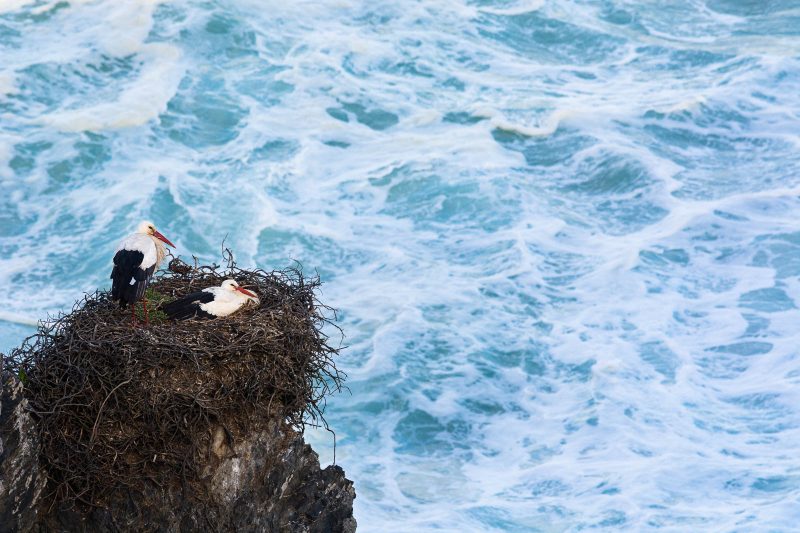 For the afternoon, I wanted to try something a bit different. I wanted to photograph storks feeding. I had to drive a few kilometres to the interior of the park to find several animals feeding in a field, where the soil had just been moved for agricultural purposes. 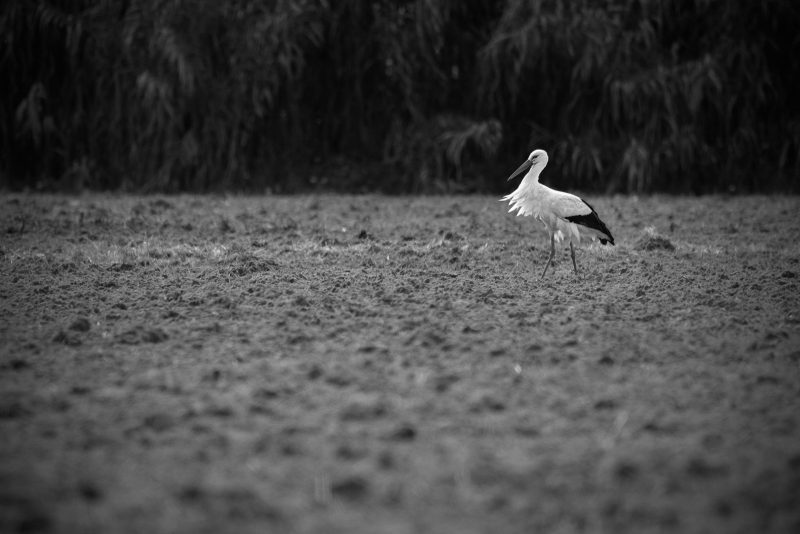 At the end of the day I was quite happy with the images I had taken of the storks, so the last day was dedicated to landscape photography – I still wanted a wider shot of the cliffs where the birds nest.

I was looking for a colourful sunrise, but I also wanted to show storm clouds and how aggressive the ocean can be in this place; I wanted contrast between peace and chaos, because that was the feeling I had all the time I spent there.

After two days with boring sunrises and sunsets, the conditions I expected finally happened and I got the image I was looking for. 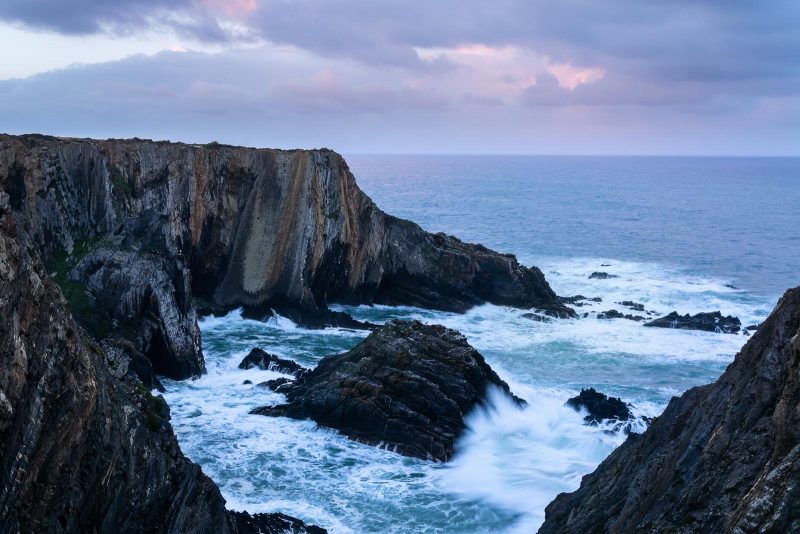 The Sudoeste Alentejano e Costa Vicentina Natural Park is a beautiful place and I loved to spend some time there. I will definitely go back in the future to keep working on this project and to photograph more of the stunning landscapes.