How to Photograph Wildlife in Hong Kong 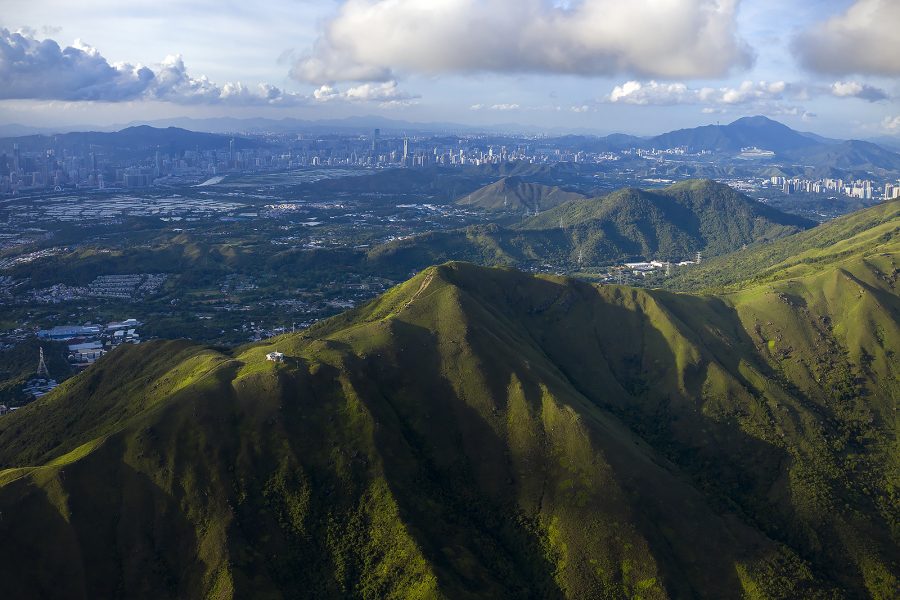 Home » Photography Tutorials » How to Photograph Wildlife in Hong Kong

Many refer to Hong Kong as the ‘concrete jungle’, due to the high density of skyscrapers and buildings forming its famous skyline. However, even in the heart of this concrete jungle, wildlife flourishes.

The subtropical climate and wide variety of habitats in Hong Kong provide suitable living conditions for a surprisingly high number of species. The biodiversity is quite high in comparison to the area of land: more than 500 species of birds have been recorded in Hong Kong, as well as more than 200 species of butterflies and over 100 species of dragonflies.

Hong Kong has a well-developed (and expanding) transportation system. It is incredibly convenient and easy to get to country parks or green areas via public transport. About 70% of land in Lantau is designated as country parks, compared with 38% on Hong Kong Island, 37% in the New Territories, and 3% in Kowloon.

It is easier to spot urban wildlife on Hong Kong Island and in Kowloon, whereas Lantau Island and the New Territories have a higher diversity of wildlife.

Read more: How to Photograph Wildlife in the City

When to visit Hong Kong

Late spring to summer is when herpetofauna, such as amphibians and snakes, are most active. Summer is also the time to explore insect diversity in Hong Kong. 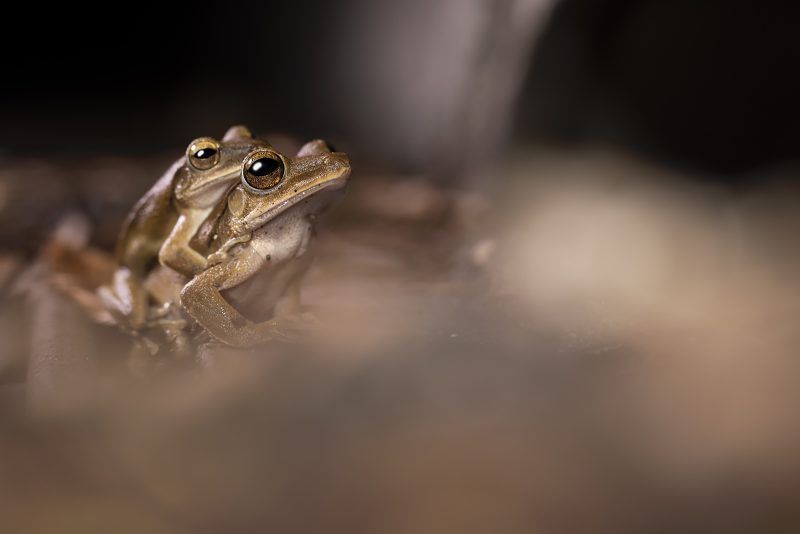 Locations to visit in Hong Kong

Tai Po Kau Nature Reserve is located in the central part of the New Territories, near Tai Po. It is one of the densest and most mature secondary forests in Hong Kong, and holds a high diversity of species. It is one of the best locations for bird watching in the winter. Woodland birds, both residents and winter visitors, will form foraging flocks. This makes them easier to spot and photograph.

Grass Hill, one of the highest points in the reserve, is one of the best places to spot hill-topping male butterflies. In the summer, male butterflies will fly towards the highland in the morning, soaring around and trying to occupy the best sites to wait for the females to arrive.

Every year Mai Po attracts over 60,000 migratory wintering waterbirds, including the black-faced spoonbill, best known for its successful conservation story. There are several bird hides within the reserve.

However, it is worth noting that the reserve is managed by WWF Hong Kong and a permit is required to enter the reserve. You may consider joining guided tours to visit the reserve.

Read more: How to Photograph Flocks of Birds 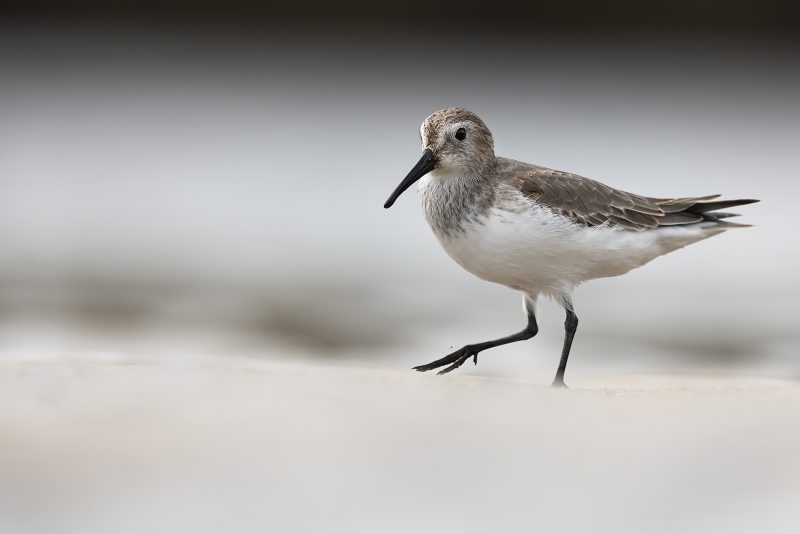 Lantau Island is the largest island in Hong Kong. With 70% country park coverage and numerous hiking trails on offer, Lantau Island is popular among locals and tourists for a taste of Hong Kong’s wild side, and the local culture and heritage.

With relatively little human disturbance and development over the years, Lantau Island has gained its fame for being Hong Kong’s ‘back garden’. It is also one of the most biodiverse places in Hong Kong. Do not miss out on the opportunity to visit and photograph the pink dolphins that are found mostly in the south and southwest waters of Lantau Island.

The Chinese white dolphins live close to the shore, inhabiting the brackish waters where the Pearl River meets the sea. Their numbers are declining due to numerous threats, including habitat loss due to numerous coastal developments, water pollution, heavy marine traffic, as well as underwater noise pollution.

Be sure to book your trip with responsible dolphin-watching tour operators, in order to minimise your effect on the dolphins when you are out dolphin-watching. If you’re lucky, you may be able to see a mother with her calf (usually grey in colour) navigating the Lantau waters. 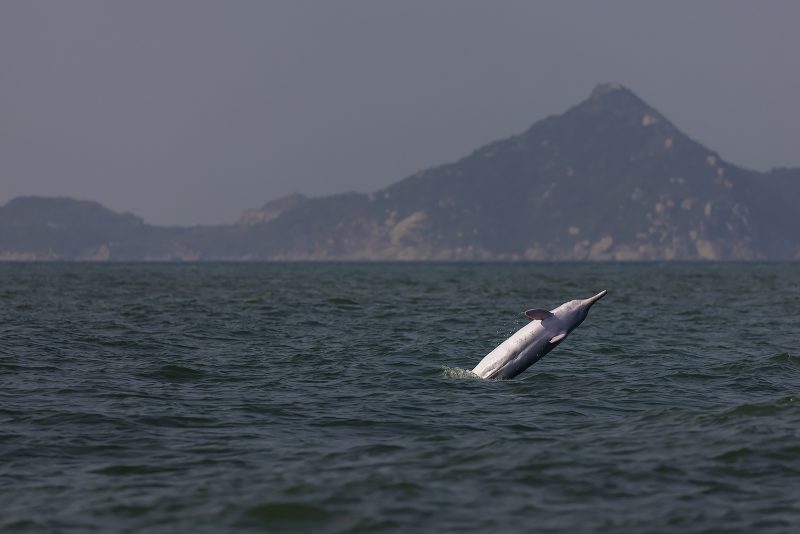 Urban parks are also great places to photograph wildlife. Hong Kong is one of the best locations to photograph urban wildlife. Since human settlement is often close to, or even encroaching upon, natural areas, you are able to capture scenes of contrast between nature and urban environment.

Shooting wildlife in an urban environment is also where you can explore your creativity with urban lights and man-made structures. Eurasian tree sparrows can easily be found foraging in groups alongside feral pigeons near buildings and in urban parks all year round.

There are more than 200,000 sparrows in Hong Kong, nesting in cracks or air conditioners on buildings. They can also be seen sand-bathing in pits in urban parks, or inside flower troughs on the pavement. 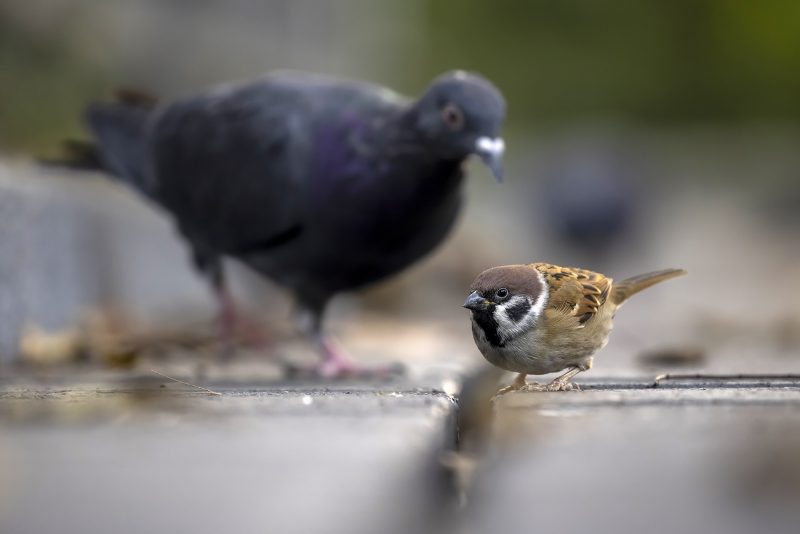 Kit to take to Hong Kong

I would recommend bringing lenses with a variety of focal lengths. A kit lens such as a 24-105mm, or a wide-angle lens such as an RF15-35mm, will help you take in the unique landscape, as well as create unique images of friendly wildlife within the environment.

A macro lens is essential if you visit in the late spring or summer, as there is a high chance you will encounter amphibians, or even snakes, whether in the wild or the city.

As most of these animals are nocturnal, I would also recommend bringing a flash with a diffuser. I would also bring a zoom telephoto lens, such as an RF100-500mm, for birds as well as insects. 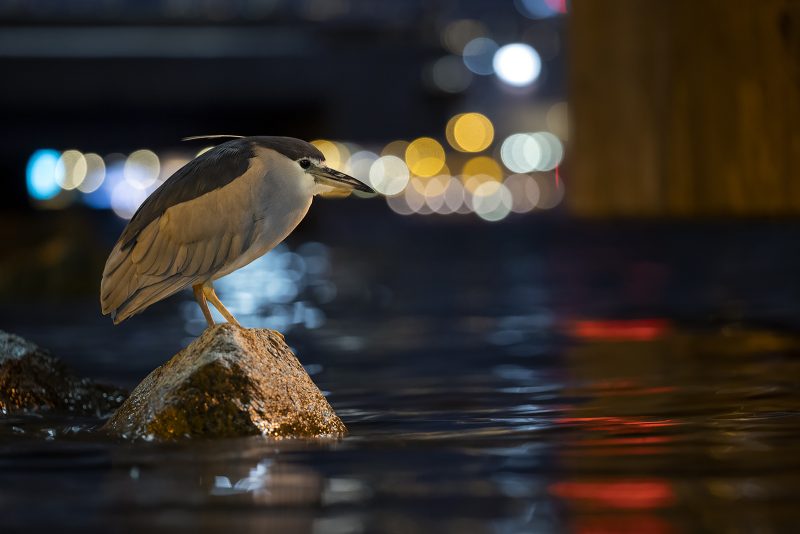 Things to be aware of in Hong Kong

Be aware that there are quite a few species of venomous snakes in Hong Kong, so do bring a headlamp or a torch for night safaris and watch where you step, as some of them are camouflaged. Most snakes will quietly and swiftly flee the scene if you do not provoke them. 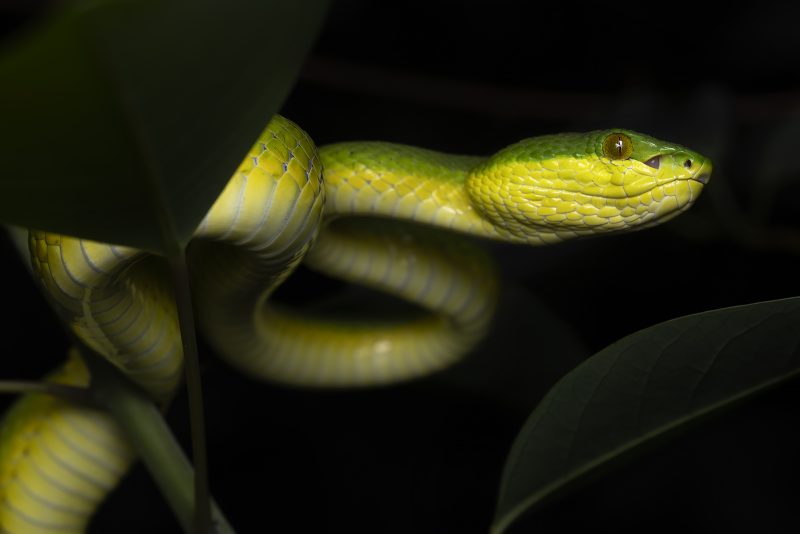 Although these animals may make good subjects, for example, wild boars fearlessly roaming in country parks and sometimes even wandering into the city, not all individuals are as tame and harmless. So, do be careful when approaching mammals. 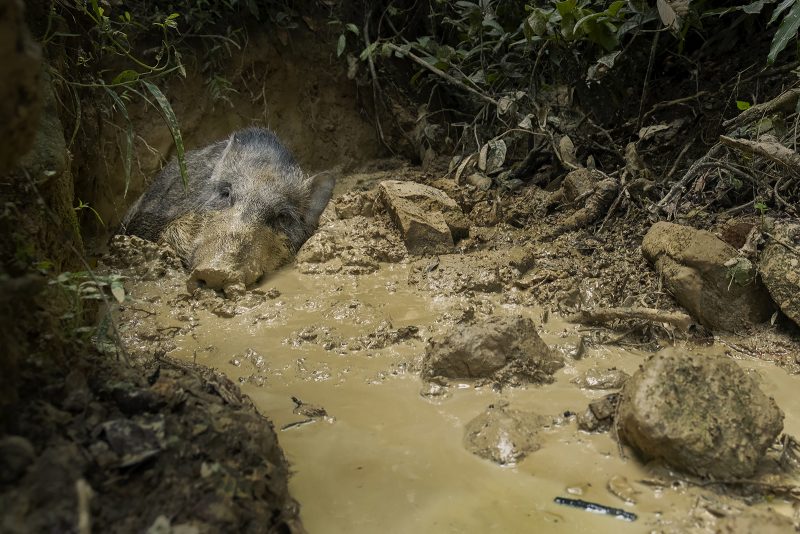 I grew up in Hong Kong and, since picking up a camera, I am always pleasantly surprised by the amount of wildlife that is around here, both in natural habitats and the urban environment. I can highly recommend the experience of looking for and photographing wildlife in such a dynamic city.