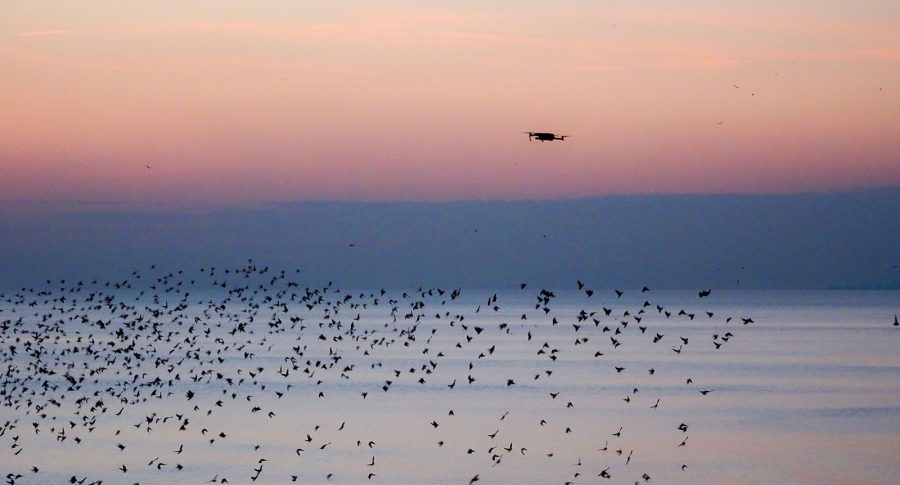 Starling murmurations are the must-see spectacle amazing photographers this winter. Social media is filled with incredible images of thousands of birds swooping and ‘dancing’ through the air each evening. Unfortunately, a drone has been spotted harassing a murmuration in what is assumed to be an effort to capture video or photos of the birds.

Louise Yates, a resident in Brighton, UK, captured these shocking images of a drone in close proximity to the fast-moving flock. The images were captured on Brighton’s Palace Pier.

“I would hate for a drone to drive the starlings away from our piers,” Yates told Nature TTL. “It is a magnificent show throughout the winter, I see it most weeks and I am always blown away.

“The use of a drone with the starlings feels quite intrusive, but I don’t know if it would actually scare them away.”

Whilst the birds may not necessarily be disturbed by a drone directly, there is potential for injury to the birds with a drone flying so close. Starlings fly quickly, changing direction rapidly and without warning. It is possible that a starling could fly into a drone, injuring itself on the spinning propellors and maybe bringing the drone down with it.

Laws around drones are tightening in the UK after recent high-profile disruption at Gatwick airport. However, there is not currently any legislation directly tackling the use of drones around animals, although there are wildlife protection laws preventing harassment of animals in particular scenarios.

Photographers are advised to maintain an ethical approach to wildlife photography and videography, and should avoid putting the welfare of an animal at risk for an image.

Have you seen drones being used to film murmurations this year? Let us know what you think in the comments below.