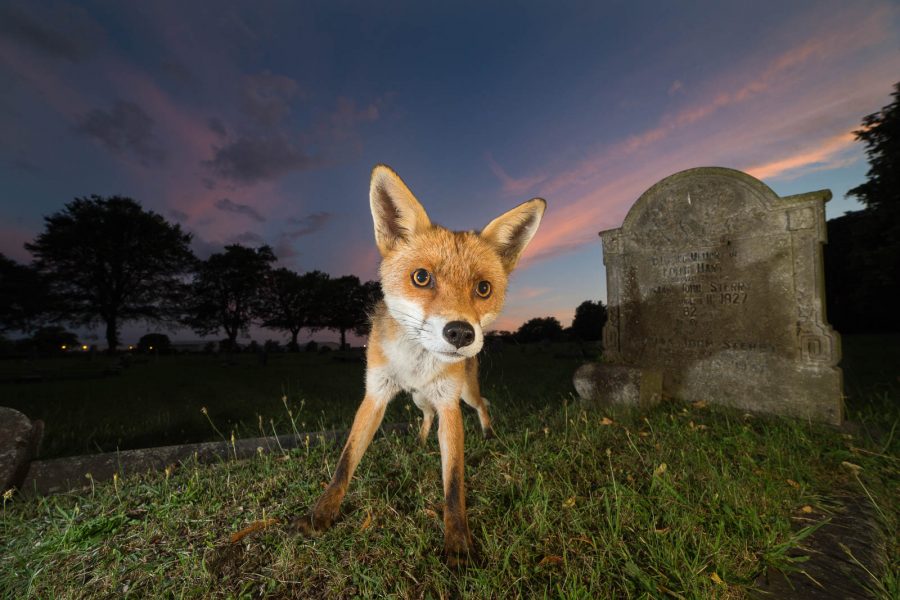 Kyle Moore is a 19 year old wildlife photographer from the UK who has built up quite a formidable portfolio of urban wildlife. The ginger and russet tones of a red fox’s fur coat make for a particularly photogenic subject, and Kyle is working on a long-term study of the animal in an effort to document their lives in the city.

Having previously written a tutorial for Nature TTL about how to photograph urban wildlife, we wanted to share with you some of Kyle’s latest work from his fox project.

Plenty of late night drives and stake-outs have proven successful for Kyle, so let’s take a look at some of these gorgeous photos. 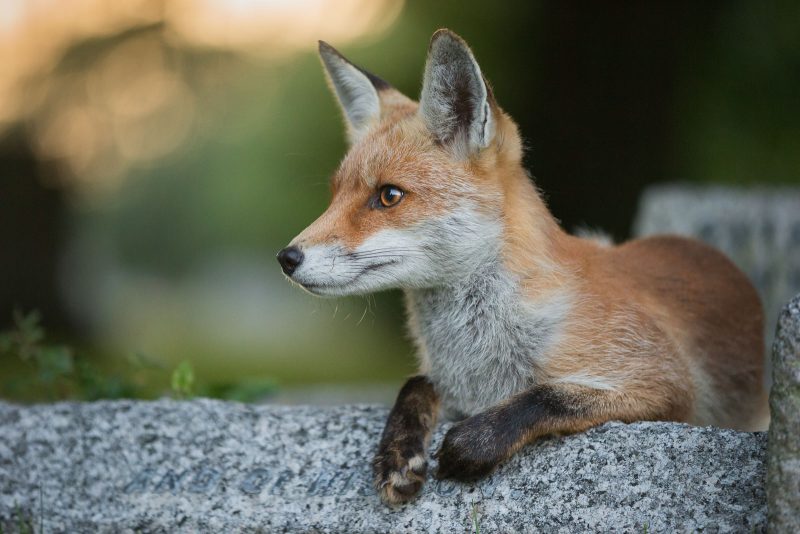 Why did you choose to study foxes?

Since a young child, I have always had a soft spot for foxes and was fascinated that a wild canine species could thrive in the British Isles. Their cunning behaviour makes for challenging photography, and so it was this difficulty that, surprisingly, I found really enjoyable during my early photography days – as strange as that may sound. It was this struggle that kept me going back to foxes, determined to capture an image which wasn’t just a distant “dot in the frame.” 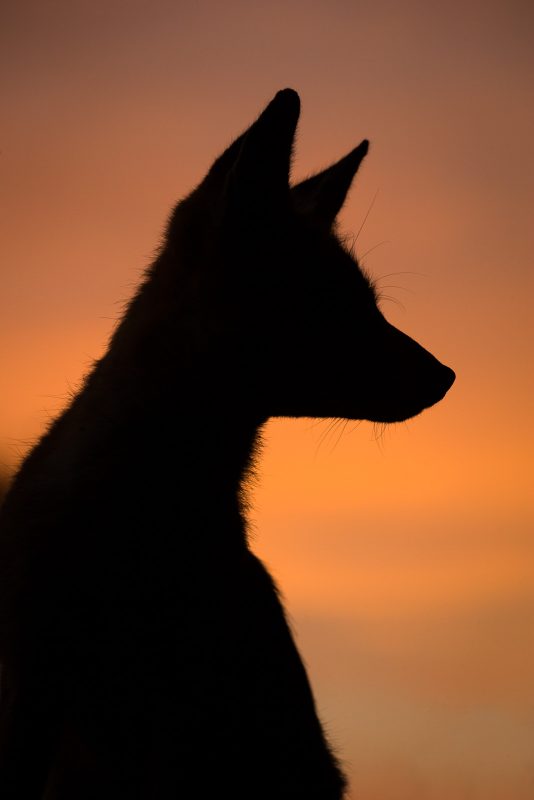 How long have you been working with the foxes for? How many hours have you put in?

I have been photographing foxes since first picking up a camera back in 2010. At that stage, however, I was mostly photographing my local foxes, which were rural and thus much more difficult to approach. Upon passing my driving test, at the age of 17, it meant that I was able to frequently visit London to work on foxes that inhabit the city – often referred to as “Urban Foxes.” 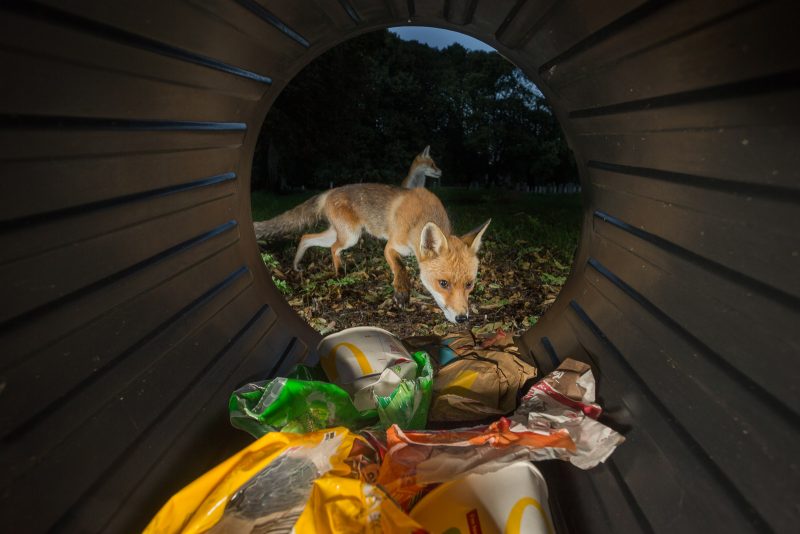 I seriously dread to think exactly how many hours have been spent in pursuit of foxes, but it most certainly goes into the thousands without a doubt!

Do you have a favourite image from your time working with them?

One of my personal favourites is an image that I captured this summer, titled ‘preys eye view’. The story behind the image is having spent many months observing a family of foxes I would often see them stealthily hunt through the meadows in search of abundant insects and rodents, all of which are easy pickings for an opportunistic fox. This behaviour gave me the inspiration for the following image – with the emphasis being on that of the “prey’s eye view.” 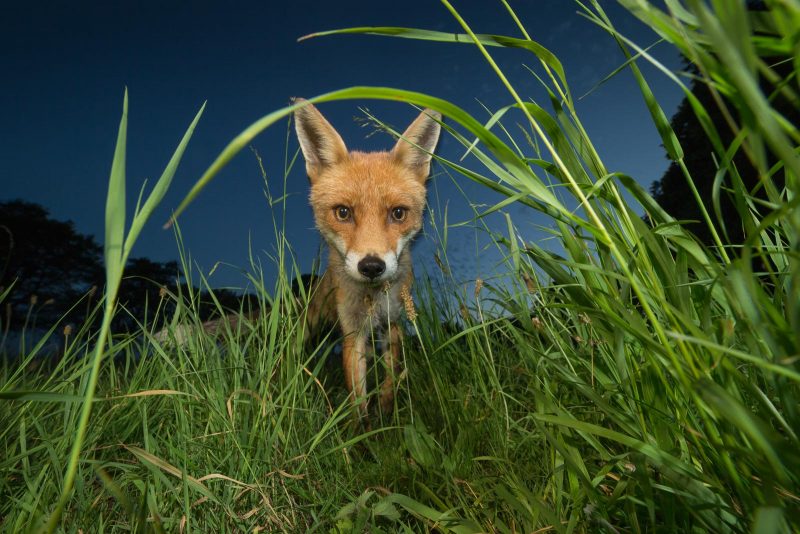 The image took many nights of trial and error to achieve, more often than not resulting in a frustrating failed attempt.

Is there a shot you are hoping to get that you still haven’t quite achieved?

There are always images on my to-do list; one such example is that throughout the winter I saw the potential for an amazing urban fox image, but the site in question was an area of wasteland in the centre of town. I had worked the site for a few weeks, using a Bushnell trail camera, to try and understand the foxes’ habits. Unfortunately, however, a few weeks into the project the area was bought for a new construction development and work soon started on the site, meaning the possibility for this image had slipped away. 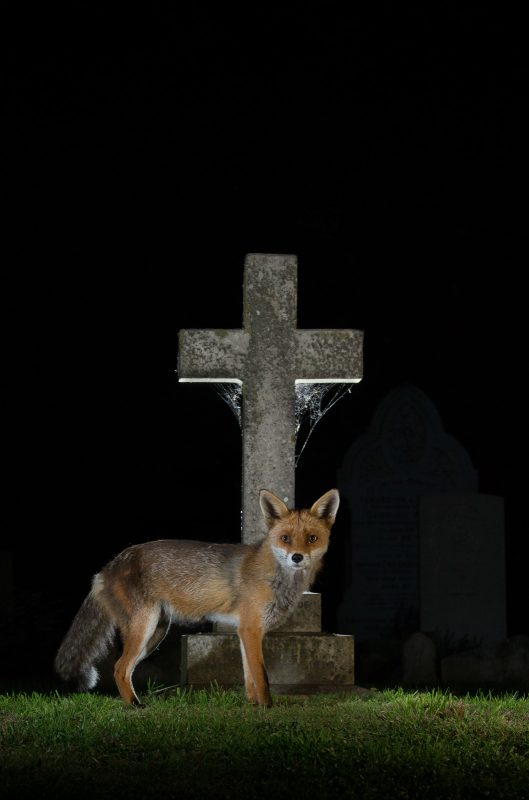 Wildlife is usually more approachable in urban surroundings. Even so, I feel it can sometimes be more challenging to successfully capture the spirit of urban wildlife as opposed to the more “traditional” natural images. 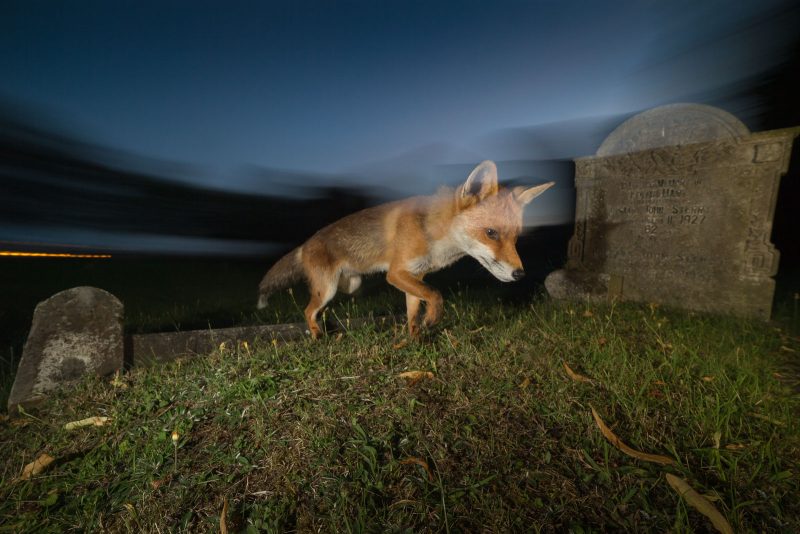 Despite working within a city there remains a great deal of field craft required, and an understanding of fox behaviour is essential. Physical safety is also a big issue for me, as not every party of the city is safe to work in at night. As you could imagine, carrying thousands of pounds worth of photographic equipment around in the dark, alone, can raise a lot of unwanted attention. 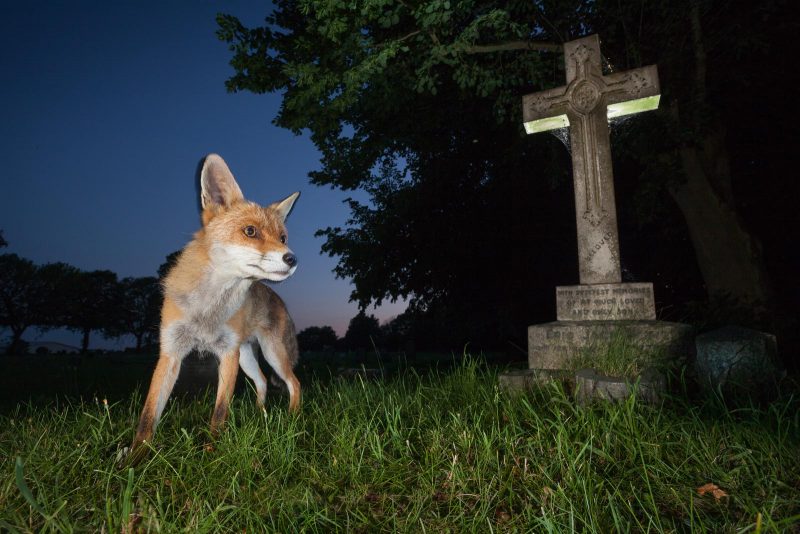 What kind of techniques do you employ for getting up close and personal with your photography?

This varies with locations and individual foxes. Ideally, I try to work with individuals for prolonged periods, often over many months. By doing so I can gain a deep understanding of their behaviour, and often this rewards me with an incredible blond with the animal. Consequently, I’m able to capture them on camera at close quarters. 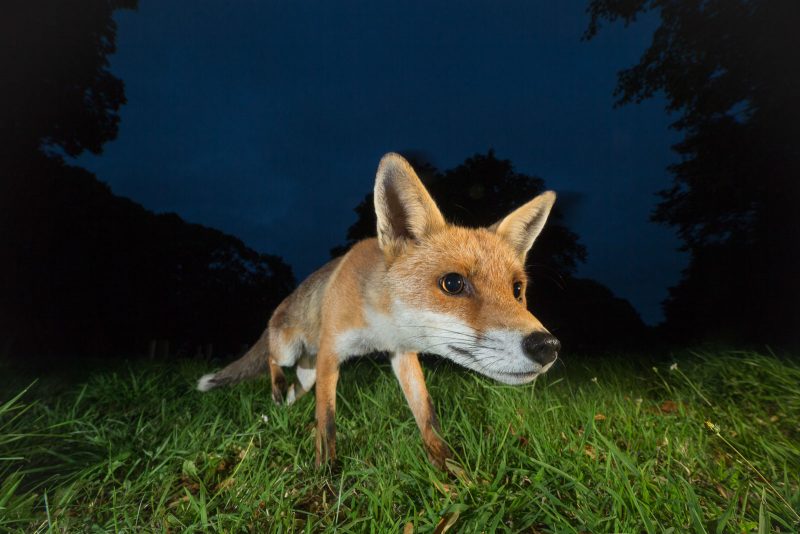 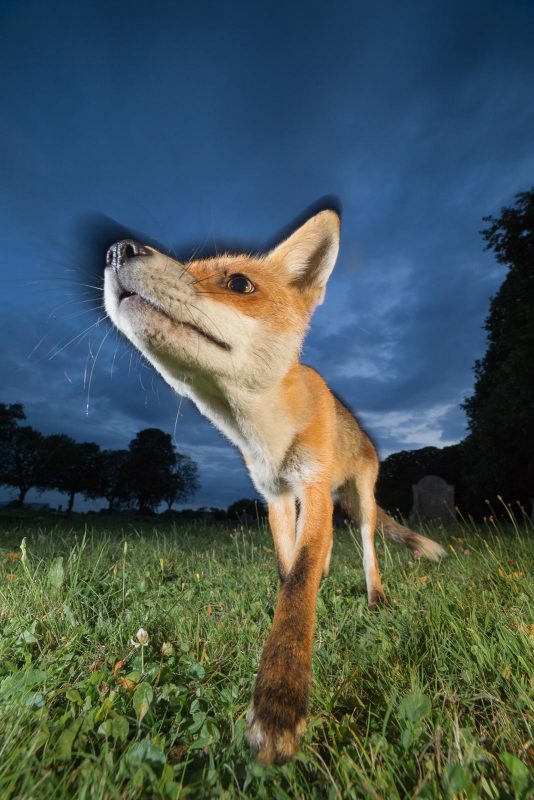 Other times, however, I may use techniques for getting the camera close to the action, for example with the use of remote cameras, in which I simply control the camera from a distance (usually from the comfort of my car), so not to deter the fox from visiting. 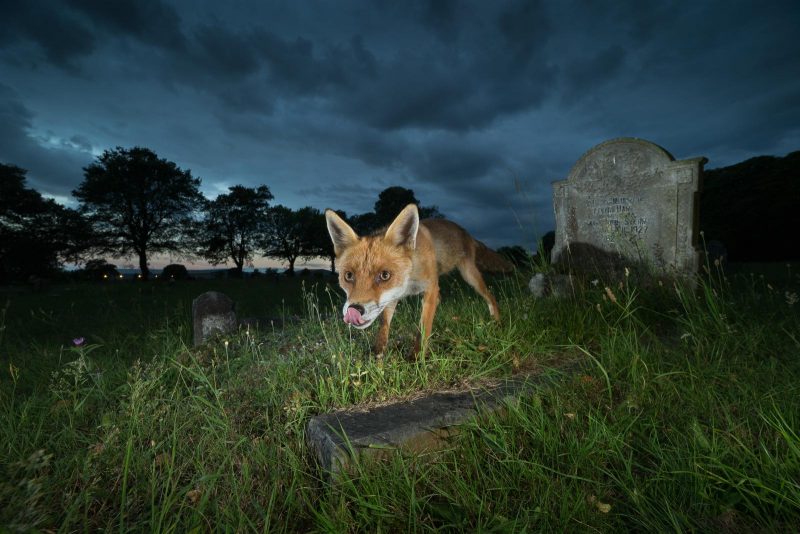 When is the best time to see and photograph a fox?

Throughout the summer months, you may be lucky enough to observe foxes during the day, especially at the den where there may be cubs. More often than not, however, foxes are at their most active during hours of darkness, particularly in urban areas. 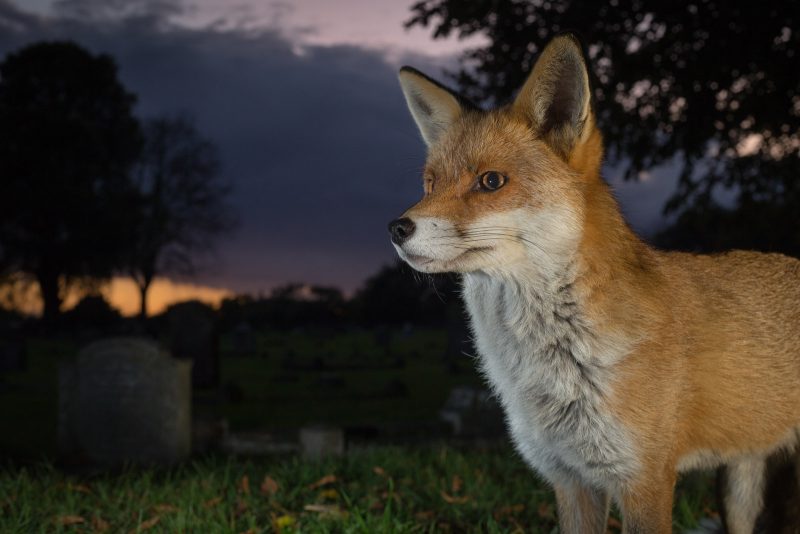 How do you feel about foxes living in urban environments? Do they deserve such a bad reputation?

The simple answer to this is, of course, no. They definitely don’t deserve such bad press. Many wild canine species are becoming increasingly rare and threatened across the globe and so, in a world that is suffering from the ever-increasingly urban-sprawl, surely we should cherish such a remarkable species that can comfortably thrive alongside people. 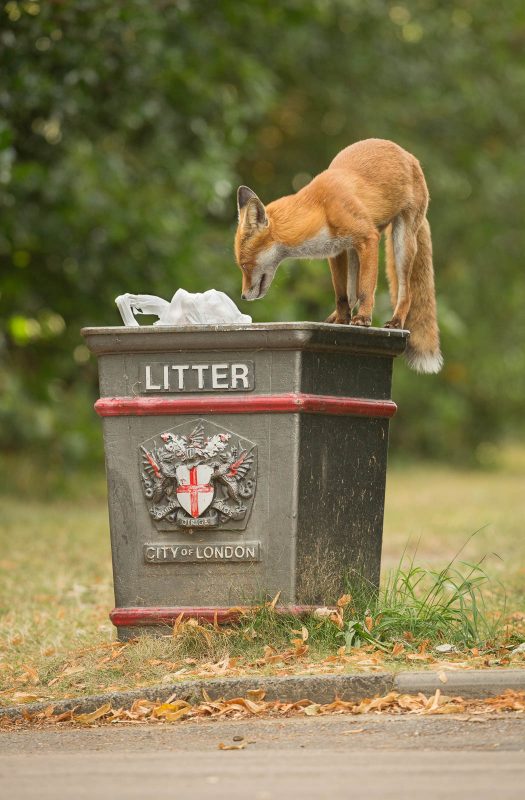 You can see more of Kyle Moore’s work on his website.