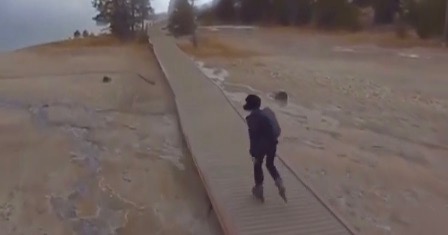 Drones behaving badly are a regular feature of today’s news – whether disrupting thousands of passengers at airports, or disturbing sensitive wildlife – the negative press just keeps on piling up. So the last thing a drone company would want to do is feature the misuse of drones as part of their marketing strategy, right?

Well, in what could be considered 2019’s biggest drone marketing flop, California-based manufacturer Skydio has done just that. In a bid to promote its own “follow-me” software, Skydio shared a video of a rollerblader skating along a West Thumb Geyser Basin boardwalk in Yellowstone National Park.

Skydio ignored two crucial facts. Firstly, piloting a drone is illegal in all North American national parks; Yellowstone is definitely included in that. Secondly, so is rollerblading on their boardwalks. Bizarrely, Skydio’s social media manager tagged the video’s location as in Iceland, in what can likely be considered as an attempt to skate around these flagrant violations.

However, keen-eyed users were quickly on the case, calling out the false geo-tagging and multiple violations of Yellowstone park’s laws. Skydio then hastily deleted the video, in an attempt to put an end to the online storm of criticism.

Unfortunately for Skydio, the video wasn’t deleted fast enough, and authorities are now poised to investigate the company’s actions. 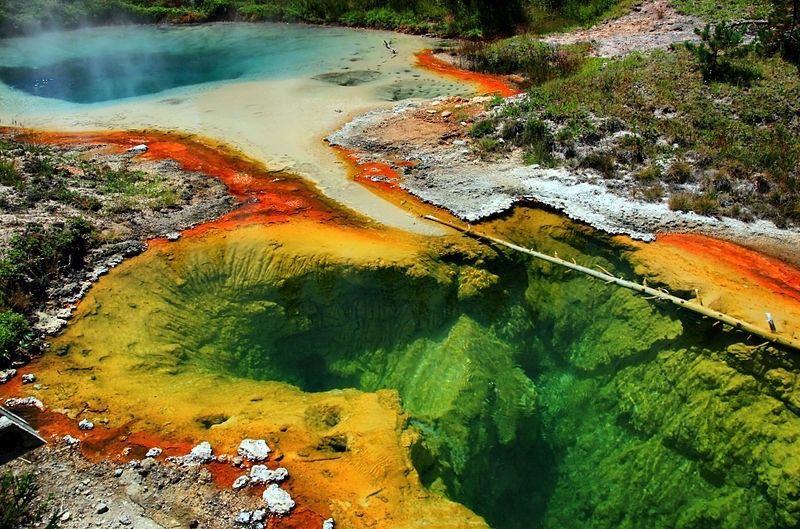 “They are aware, and they will investigate it,” said the park’s spokeswoman, Morgan Warthin. “What’s important to recognize is that there are so many incidents of drone use that we deal with. Visitors using drones in Yellowstone is a problem.”

For those violating drone laws, fines of up to $1,000 dollars can be expected if the case reaches court. This would be a drop in the ocean for a company such as Skydio, who raised $70 million in 4 rounds of funding as of February 2018.

So before the incident is swept under the rug of daily drone incidents, let’s remind ourselves that drones have a real potential to harass wildlife and severely affect their behaviour, whilst potentially erasing historic landmarks such as Yellowstone’s Grand Prismatic Springs.