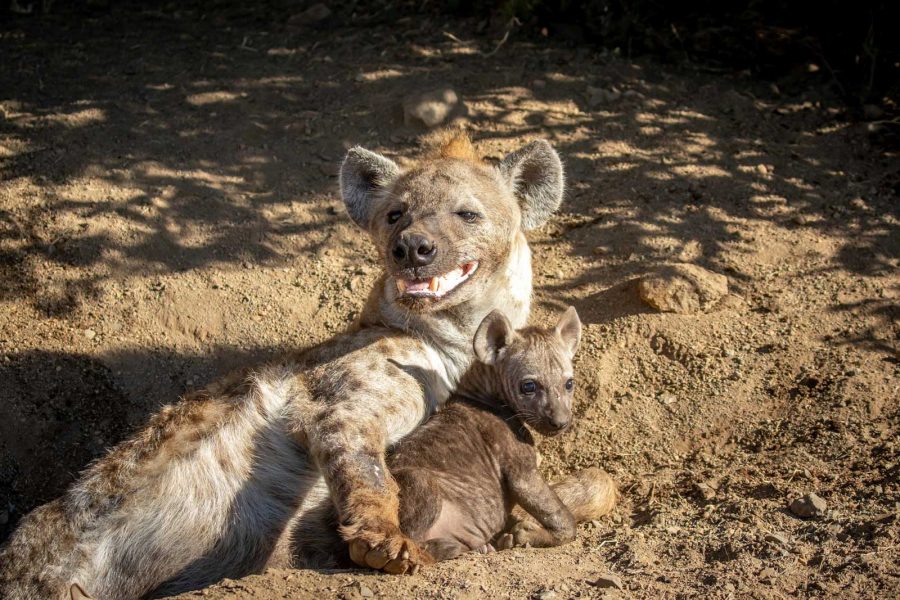 Hyenas have been painted with broad brushstrokes as the villainous, thieving scavengers of the African bush. Yet those who spend time with them will also know them as highly intelligent, cohesive and beautiful animals.

They are a particular favourite of mine and I love spending time with them in the wild.

When coming across a sighting, whether it’s of an individual hyena or a clan, I not only see an opportunity to spend more time with the species, but I’m also looking for more ways in which to photograph them.

Whilst at sightings, I will often see other vehicles drive past without the faintest bit of interest in the hyenas. Though I appreciate the more exclusive and private experience this gives me, I can’t help but feel that people are missing out as hyenas are often pushed aside in favour of nearly every other predator, despite being iconic of African wildlife. 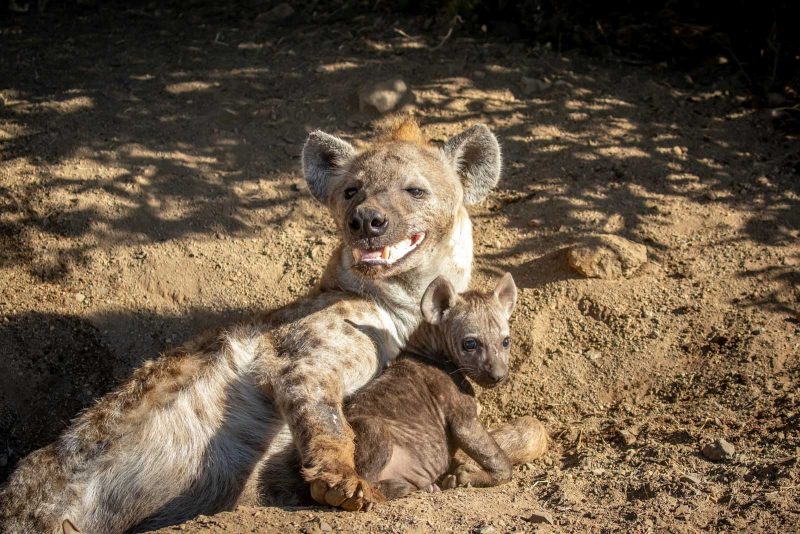 On one such occasion, I was spending a day in Kruger National Park with a close friend. We were casually heading towards a rest camp when we came across the familiar sight of something just off the road.

We slowed down to see a huge female hyena sitting next to a small den, and within moments tiny heads curiously poked up. We were exctatic, as hyena cubs are always such a joy to be around – but then we noticed something more unique.

The female appeared agitated and uncomfortable, constantly changing positions. At first, we didn’t realise that she was having contractions and had started to give birth.

There was no time to fully comprehend what was happening as the birthing unfolded so fast; it was simply a case of picking up my camera and photographing the miracle that was happening right next to us. 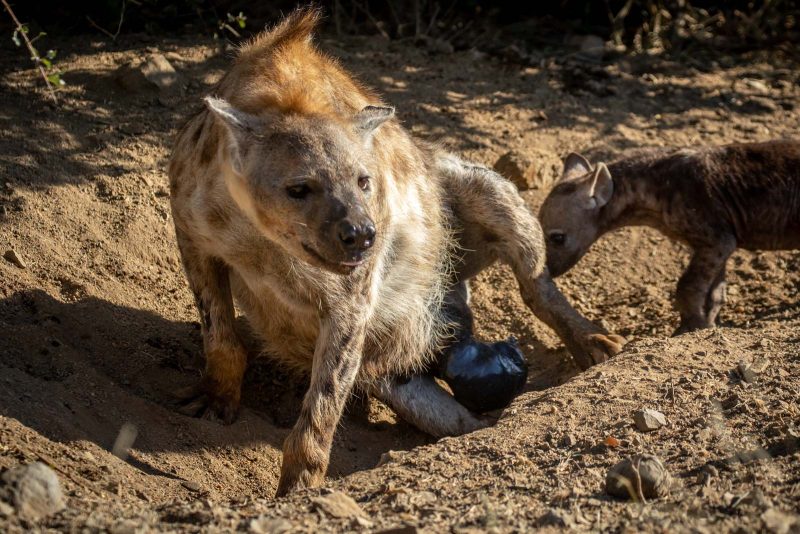 Within just a few minutes of our arrival, the mother-to-be had proceeded to push out her newborn on the sandy roadside no more than a few metres from us. I photographed in a near state of shock – barely a word was said between myself and my friend as we were so focused on this incredible moment.

Animals typically try to give birth in private, often hiding away in thickets or holes; to see these kinds of events is incredibly rare – let alone to photograph them. 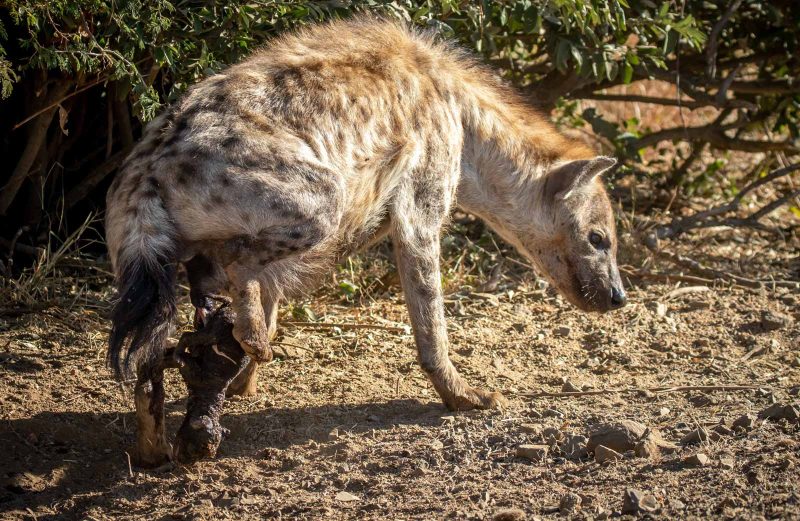 It wasn’t a particularly pleasant or magical affair. In fact, it was quite stressful and grim to watch – if I wasn’t watching through my viewfinder, I would have been wincing a lot.

To add perspective, hyenas have an unusual feature: females have a pseudo-penis. It’s used for everything from copulation and urination, to giving birth – meaning it has to stretch out to allow the foetus to pass through. 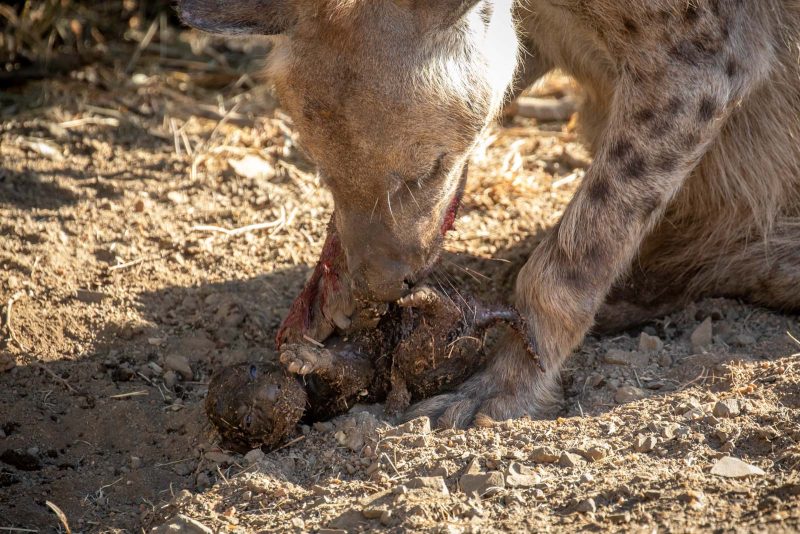 The cub quickly fell to the ground and instantly the new mother hyena was lapping up the placenta and then chewing through the umbilical cord.

Not only do fetal tissues provide valuable nutrients to the mother, but ingesting the afterbirth eliminates the ability of predators to find newborns easily. 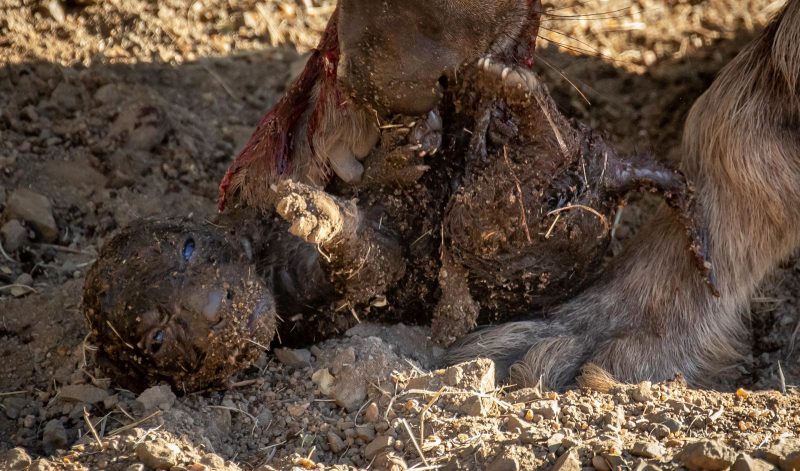 The tiny, helpless and rather pathetic bundle of matted black fur lay on the floor. Its tiny paws flailed in the air as mum attempted to clean it, before rightfully deciding to hide it away in the den out of sight. 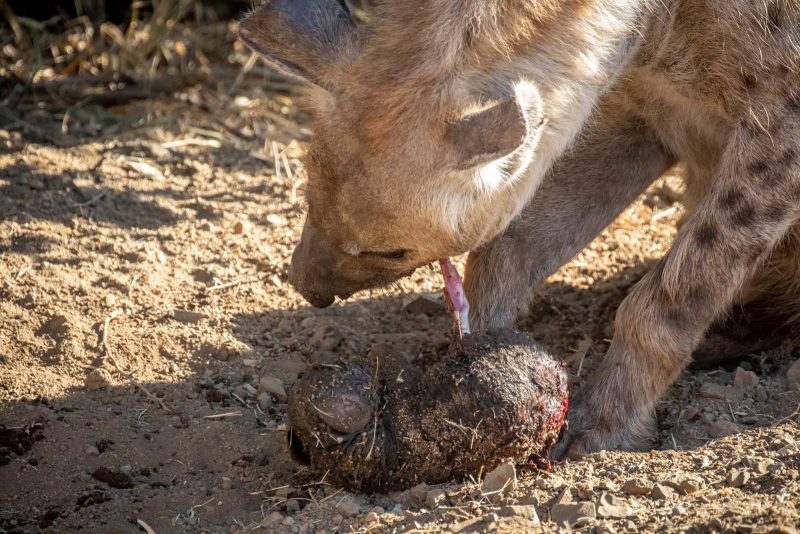 She then flopped over the den entrance, proud and exhausted and would periodically dip her head under and move her baby about for the odd spot of cleaning. The juveniles, as restless toddlers do, couldn’t keep still and joyously pranced everywhere – often stepping on the baby and clambering over the poor mother.

The whole commotion was over within under ten minutes and anyone who wasn’t there for that brief period would have had no idea what had just occurred. 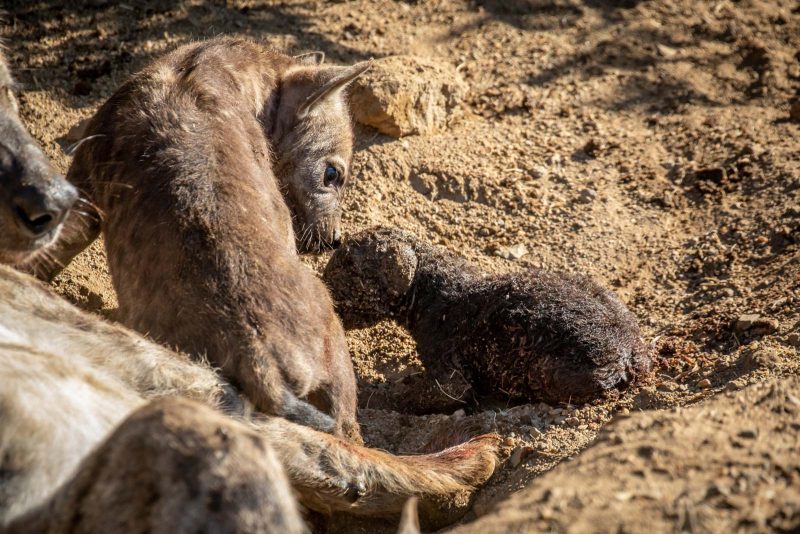 It was interesting to see other cars slow down but, upon seeing a single hyena, immediately drive off again. Had they been more interested, they would have been treated to such a special sight of the newborn.

Read more: Top Tips for Photographing Wildlife From a Car 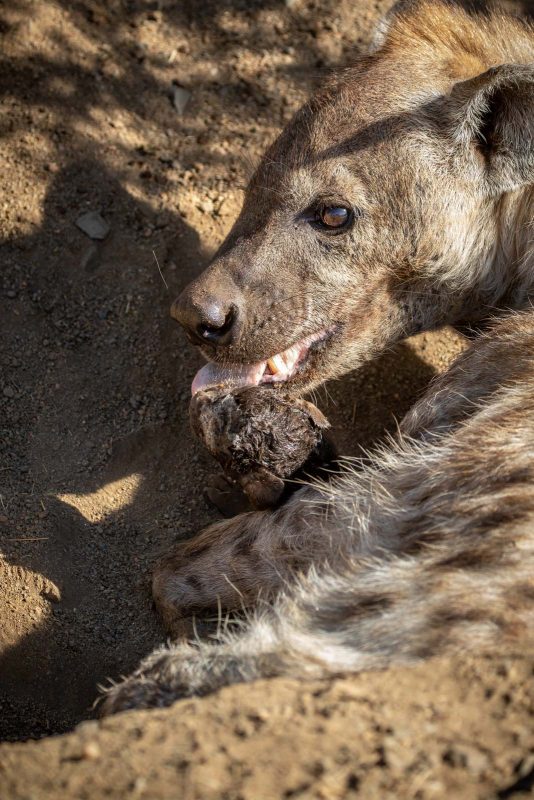 We eventually left the sighting, wanting to give the newly extended family a bit more privacy, and were brimming with happiness and excitement over what we had just witnessed. 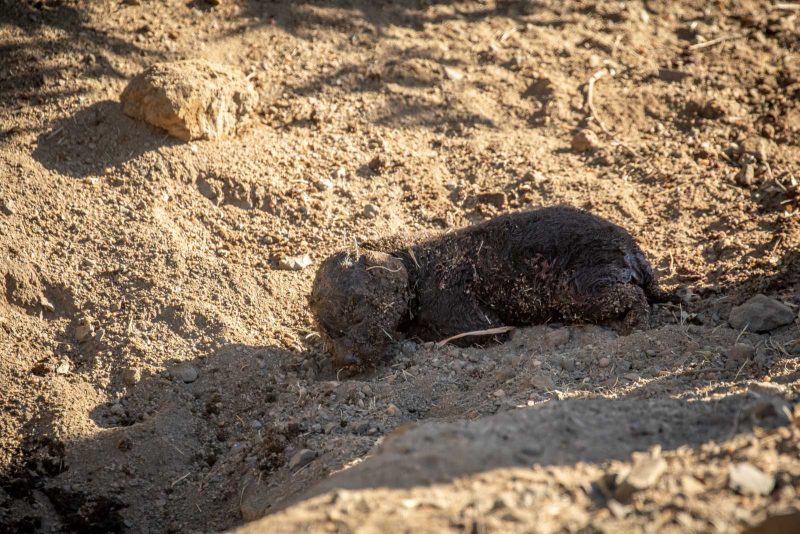 We never go into the bush hoping for epic sightings – we happily accept whatever nature gives us – but one had just fallen onto our laps and in one of the most unexpected ways we could never have imagined.

Most people go to Africa for the bigger and more iconic species that hyenas simply often do not fall into. However, hyenas have given me and my friend such a rare and incredible gift which took days for us to come to terms with. We really were so  lucky and privileged to be in the right place at the right time. 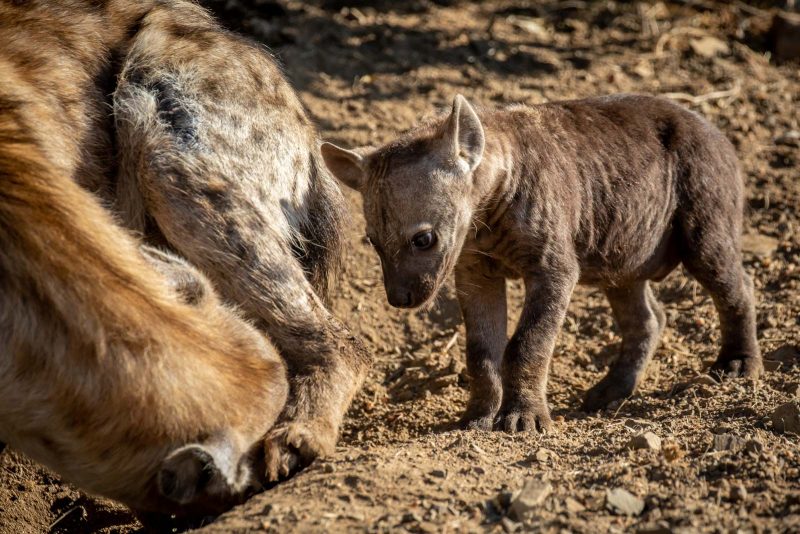 It’s the kind of sighting that reinforces and redefines one’s love and dedication to wildlife and photography.

Hyenas may be underappreciated, but they’ve never failed to deliver great experiences and photographic opportunities, and I’ll never stop appreciating them and singing their praises to anybody who will listen and look at my photographs.

Read more: How to Photograph Wildlife on Safari in Africa