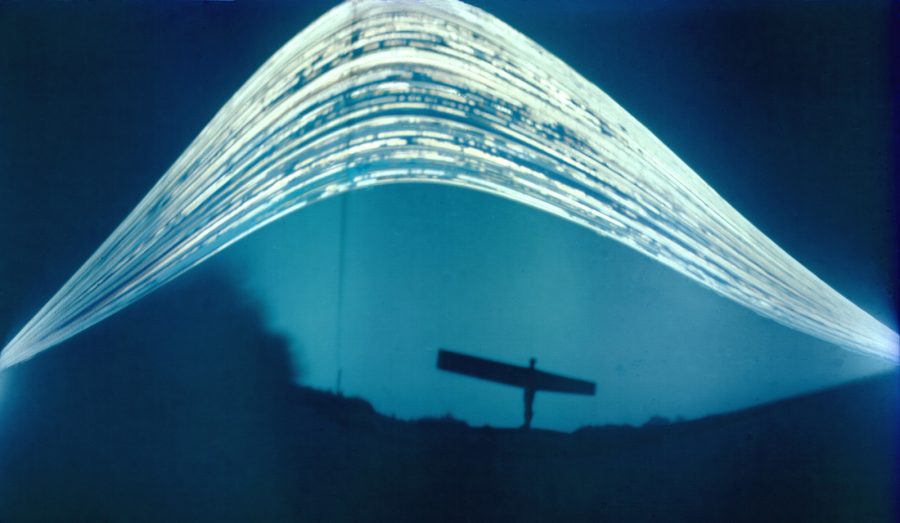 Home » Photography Tutorials » Landscape » How to Make a Solargraph

Alternative photography techniques have become increasingly popular in recent years. In this guide, we will look specifically at solargraphy and learn how to make a solargraph.

If you’ve ever felt stuck in a rut with your digital workflow, attempting these techniques can be a great way to spark your creativity!

What are pinhole photography and solargraphy?

First, though, we must understand the concept of pinhole photography.

Pinhole photography creates a photograph using a light-proof box with a small hole rather than a lens. Early scientists discovered its light-forming properties by using a hole to study light, thousands of years before lenses could be made. 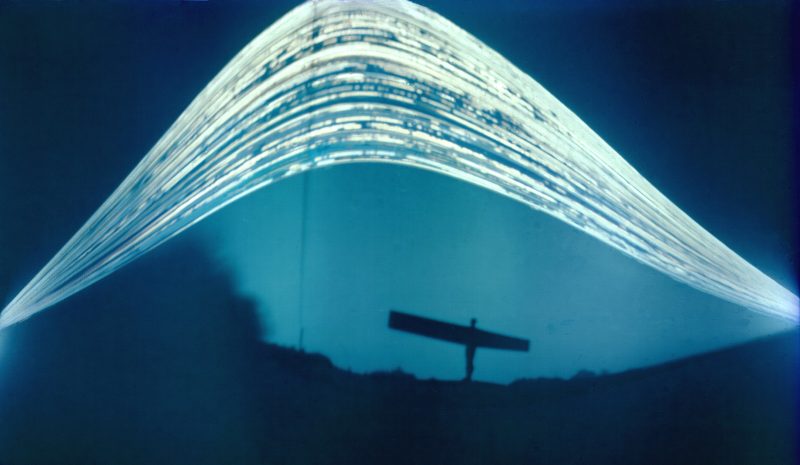 Using light-sensitive materials inside the box, an image can be captured via the pinhole.

A recent technique, which has attained worldwide popularity as a type of pinhole photography, is something called solargraphy. This type of work gives new meaning to the term long exposure!

A solargraph captures images of the sun crossing the sky over a time period lasting anything from a day to 10 years. 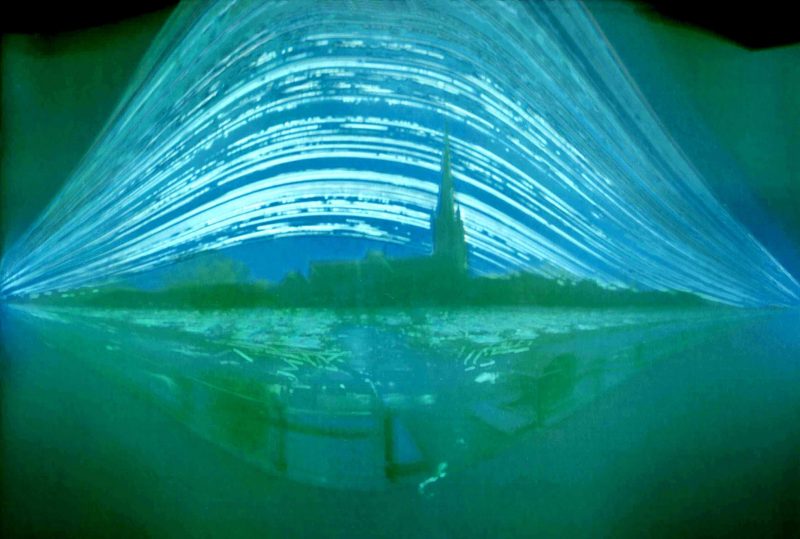 Capturing a period of time far beyond our own vision is incredible enough, but even more amazing is how simple it is to do.

How to make a pinhole camera

The simplest and most versatile pinhole camera, and one ideal for solargraphy, is a beer can with a small hole in the side.

A sheet of light-sensitive photographic paper can be placed inside, and a lid can be made from the base of another can and placed on the top, creating a light, tight, weatherproof camera.

The final camera gives an extremely wide-angle view of 160 degrees.

To make your own pinhole camera you will need:

Take the top off a tall, beer-sized, aluminium can with a good can opener (avoid steel as it leaves a dangerously sharp edge). Tall beer cans take 5×7 paper, untrimmed. 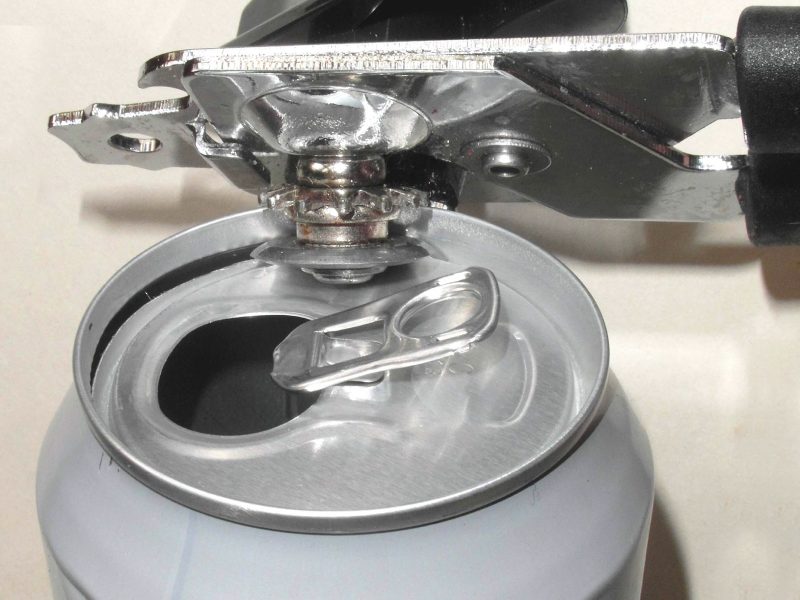 Push in and remove a pin halfway up the side of the can and move it around to make the hole about 2mm in diameter. Don’t worry too much about the exactness of this size. Then cover the hole with an insulation tape ‘shutter’ from the outside.

In diminished indoor light (a room with a lamp on will be fine), insert a 5×7 sheet of semi-matte, light-sensitive, photographic paper.

Curl it around the inside of the can with the emulsion facing inwards. Make sure the paper doesn’t cover the hole – there should be approximately a 1cm gap.

Cut the base off a second aluminium can to make a lightproof lid. Cover the open end of the can with the lid from the second can, and attach this lid with a strip of gaffer tape.

Choose a date to install your camera. The exposure could be for a day, a period of time, or even from an anniversary.

I prefer doing them from September to December (winter solstice is on 20th December) and December to March as the sun isn’t too high to miss its trails in summer.

Find a ‘support’ outside in a sunny place, for example, a drainpipe or lamppost.

Position the camera on the support so the pinhole is pointing south, southeast, or southwest (in the Northern Hemisphere). Avoid using a tree as it won’t get any sun for 9 months of the year.

Don’t worry about the view – the angle is very wide and most objects any distance away will be tiny. If you have a greenhouse that can be left undisturbed, placing the camera here would be fine. 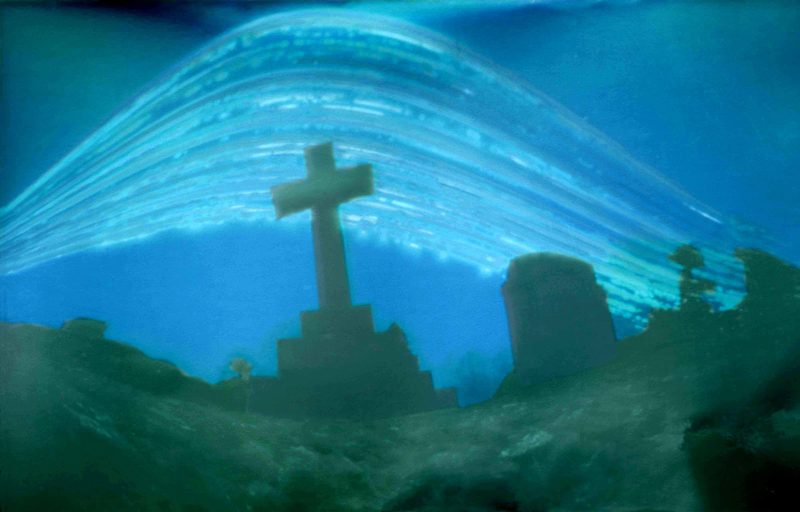 Ideally use a small ladder or a stool to position the camera high up. I usually suggest positioning it higher than a drunk person can reach on another person’s shoulders.

Fix the camera sturdily in position. It needs to cope with all the elements that nature can throw at it. I find a healthy mix of gaffer tape and cable ties works quite well.

Peel the shutter (tape) off, go inside and write on your calendar when you will stop the exposure.

You may want to have a look at it from time to time, wondering what is happening inside the can, but don’t be tempted to open it until it’s finished!

After your chosen duration of time, place the tape shutter back over the pinhole and bring the camera home after its long excursion. OK, it’s not exactly the Shackleton expedition I know, but by now it probably needs a rest!

Once the camera is taken down, the image will stop ‘developing’; it can be stored with the pinhole covered until you are ready to scan the image.

After the paper negative is removed, leave it in the dark to dry (if damp), then place the dry negative in a book for a few hours to flatten it out.

The two ways to copy your negative image for inverting into a final positive are by using a phone or a scanner. If you are using a phone, make sure the image doesn’t have any reflections on it from overhead lights.

Also, avoid taking the negative outdoors to photograph as the image will begin to degrade. 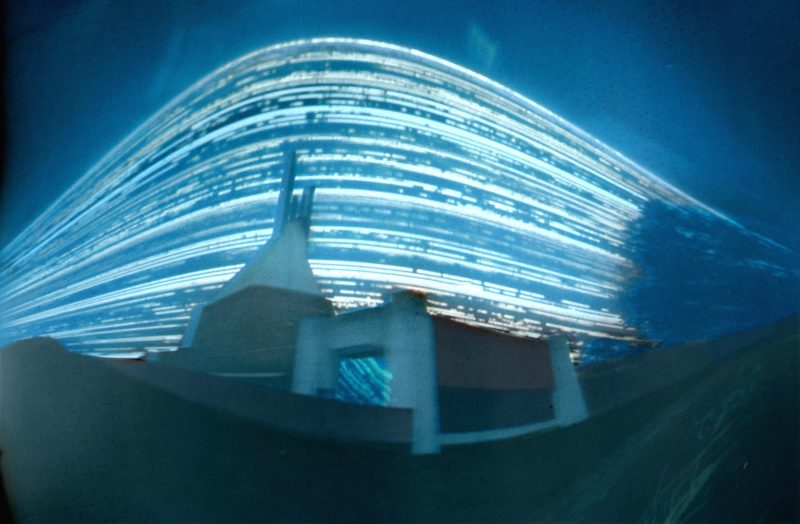 After scanning, the images can’t be fixed as the image will wash off, so I put mine in a light-tight box with ‘scanned negatives’ written on it. Add contrast etc. to your taste!

Making a solargraph can be a highly rewarding experience for any nature photographer, and it’s deceptively simple to do!

No two images will ever be the same, and it is a great way to showcase parts of nature that we don’t see every day. It can be a case of trial and error, but the end results are always well worth the effort.

They will be unlike anything you can create with your DSLR. Good luck and enjoy!