Essential Add-ons for Taking Wildlife Video on a DSLR

DSLR cameras are getting better and better for shooting quality video footage. With 4K recording making its way onto the DSLR scene, more people are tempted to try their hand at taking moving images.

Of course, DSLRs are lacking hugely when compared alongside broadcast quality cameras, but those will set you back a neat 5-figure sum. Plus, most of us don’t need to shoot at broadcast level, and producing video for YouTube and online use is more than enough. Even so, the primary function of a DSLR camera is to shoot stills. This makes it even harder to shoot great video clips from a DSLR, as you are fighting against the limitations of your equipment. For example, just focusing a shot can be difficult with the small viewfinder or LCD. 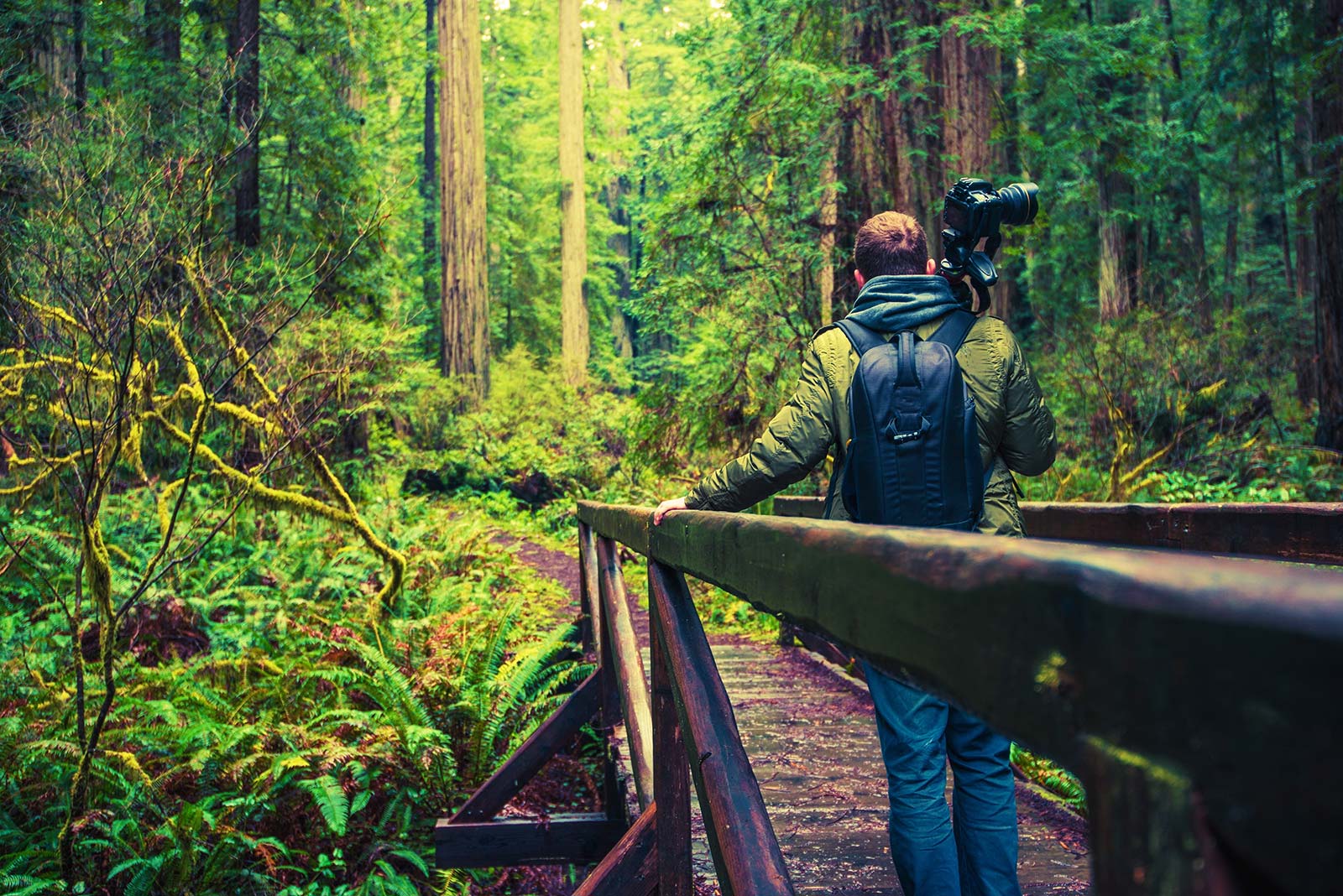 You can definitely shoot great video straight from your DSLR with no add-ons, but it’s certainly more difficult. Here are a few pieces of equipment that will help improve your video footage whilst shooting with a DSLR camera.

My personal choice for achieving better focus in video: the Zacuto Z-Finder. This is essentially a magnifying glass that sits on the back of your camera, increasing the screens size by up to 3x. It allows you to achieve more accurate focus, showing you in greater detail what is hard to see on an LCD screen. 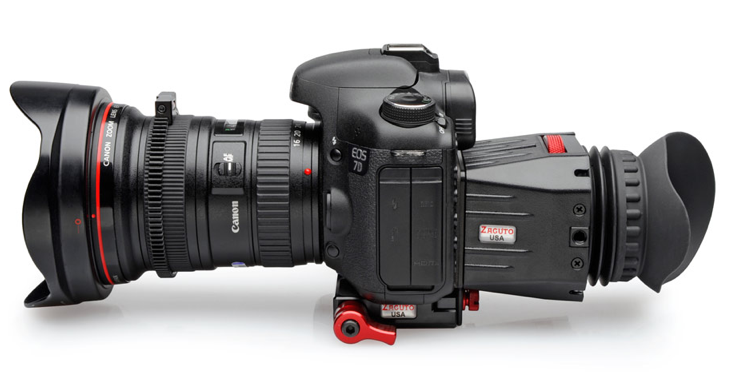 They are very handy, although not appropriate for all situations due to its positioning on the back of the camera. If you’re trying to ‘run and gun’ your video, moving around all the time, then this might not be the best option. However, if you’re shooting wildlife then you’ll probably be sat still, so this will definitely help you pull focus and improve your video.

They’re not the cheapest products you can buy though, but next to their electronic viewfinder counterparts (which are well over £1,000) they are a steal. With Zacuto you are paying for a quality product and one that stays in place without rattling around on the back of your camera. You can find out which model is suitable for your camera with this PDF chart. Some cameras will need an extension frame too – this is true for the larger professional DSLRs. 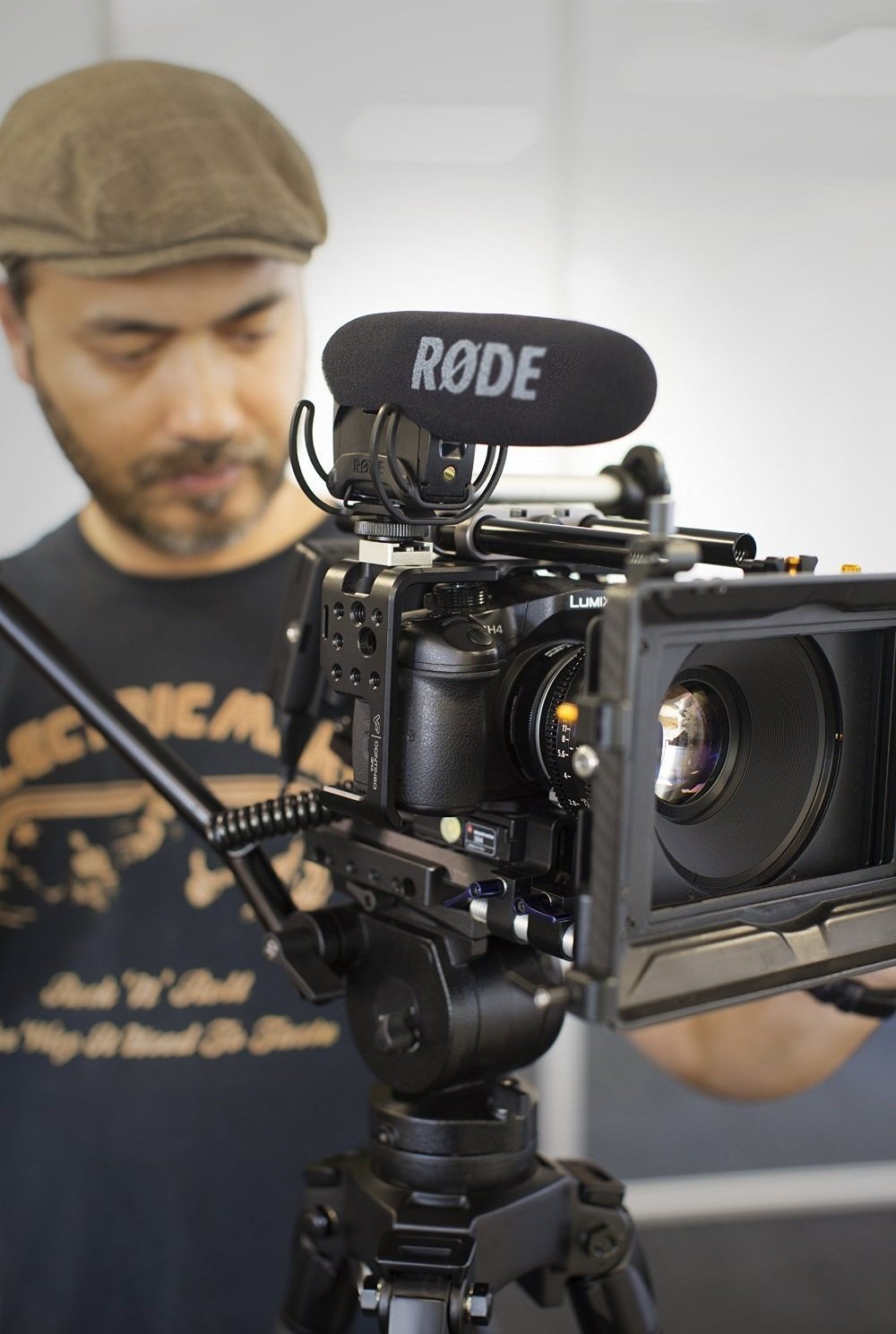 If there’s one thing you should know about video production, it’s that sound is just as important as video. You can tell a story with just sound alone, and you can also ruin a perfectly good sequence of clips with poor sound. Most of the nature films you see on TV are shot without sound, later adding it in during post production. Sometimes the sound is recorded separately on location, or it is produced in a studio. Sounds you hear of hyenas crunching through bones are more likely a sound recordist crunching on celery sticks!

Even so, it pays to have some sort of microphone in your kit. Your DSLR’s internal microphone is pretty rubbish, and is actually worth very little. It records tinny sound that screams poor quality. Get hold of the Rode VideoMic Pro and change this up. It sits on your camera’s hot shoe and will change up your videos from the start.

There are a couple of things to be aware of with camera mounted microphones. If you are using any sort of vibration reduction, the noise of the stabiliser will probably be picked up by your microphone. They are mounted on shock absorbers, so you shouldn’t pick up the sound of you moving the camera.

Whilst Rode produces some of the best microphones on the market, the VideoMic Pro is not the answer to all sound recording needs, and in fact you can spend thousands just on microphones. But it is definitely a step in the right direction for producing amateur films.

This is an absolute must. If you’re shooting video then you need a fluid head – there’s no escaping that. It allows for smooth motion and removes abrupt start/stop movements. Combine it with a sturdy tripod to remove vibrations and you’re onto a winner.

Personally, I use the Sachtler Ace L system. Sachtler are one of the most popular choices amongst filmmakers, and they’re super hardy too. I’ve dragged mine through rainforests and other extreme environments across the world and it is still going strong. This is definitely a professional solution.

However, if you’re looking for a more affordable fluid head then there are other options on the market. The Manfrotto MVH500AH Fluid Video Head is around £100 and great for payloads up to 5kg.

Further Reading: “A Guide to Choosing a Tripod Head“

Another sound recommendation – it’s important, see? I’d highly recommend getting hold of a good ambience (background noise) recorder. Zoom make a great series of recorders, with microphones suitable for recording the sounds all around in an environment. They also allow you to plug in other microphones, such as shotgun mics, and record onto the device. 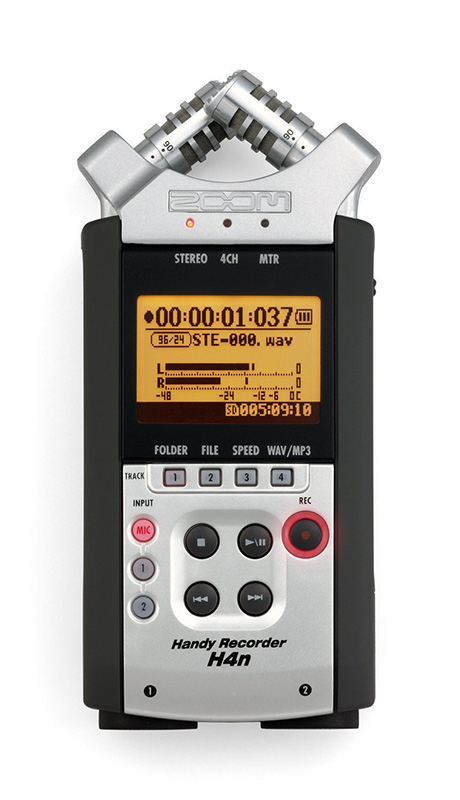 I use the Zoom H4n, although this has been replaced by newer models over the years. There are a variety of options from Zoom on the market now.

The ability to record ambience is an important one. Without it video clips will feel very empty, even if you’ve managed to record the call of the animal on the screen. Recording background noise is key to creating a story in your film.

Video recording on a DSLR is no picnic if you want to perfect your shots. You’re fighting against the equipment, but it is definitely the more financially viable avenue to go down if you aren’t wanting to become a professional filmmaker. In fact, even those aiming to make a career out of video work will most likely start on DSLR cameras before they have the budget of a production company to back them up with the necessary equipment.

Perhaps I’m knocking DSLRs a little. You can shoot perfectly good videos on them, and a lot of the viral videos you see on YouTube will be shot on DSLRs. The equipment above makes the process easier, for sure, but you’re not going to be shooting for television companies on a stills camera – they lack the flexibility and overall control, both in post and on location.

Looking for technique advice for shooting wildlife video? Have a read of our article, 6 Essential Tips for Shooting Video of Wildlife.