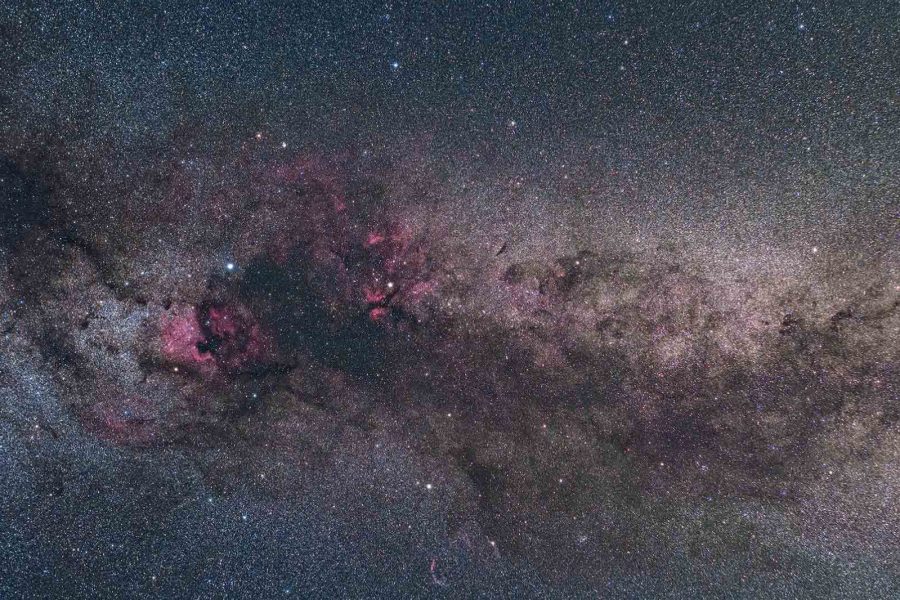 You’ve probably seen hundreds of photos of deep sky objects. Galaxies, nebulae, star clusters. Some of them stretch over an apparent area a few times larger than the full moon, while others are tiny in the sky. All of them are beautiful. But which one to choose as your first deep sky photography project?

This article will look at some things to focus on for beginners to deep sky photography. 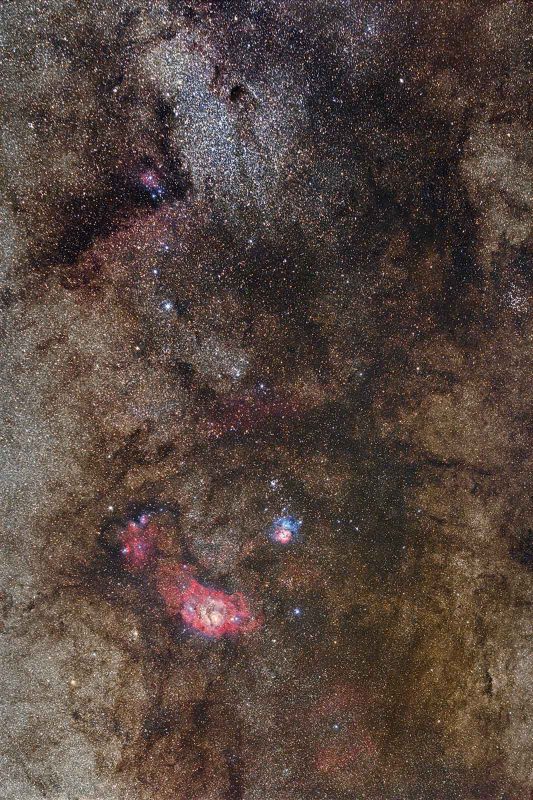 Firstly, let’s talk a bit about names. Deep sky objects are included in specific catalogues. The Messier and NGC catalogues are definitely the most famous references for such objects.

The Messier catalogue was compiled by a French astronomer named Charles Messier at the end of the 18th century. The idea of cataloging objects in the sky was not new, but it was more focused on stars. The advent of telescopes allowed astronomers to identify objects with a different, non-stellar, aspect.

Messier was actually hunting for comets, and decided to include all these fixed fuzzy balls that he encountered in the sky in a catalogue, so that other astronomers would not mistake them for comets. The catalogue has 110 objects, a few of them added in the 20th century. All of the objects in the Messier catalogue are easily observable with small telescopes.

The NGC (New General Catalogue of Nebulae and Clusters of Stars) was compiled in the late 1880s by the Danish/British astronomer John Dreyer. This is a far more systematic approach to cataloging deep sky objects than Messier’s. It is also much more comprehensive than the Messier catalogue, with 7850 entries. The NGC catalogue was extended with the Index Catalogue (IC) catalogue, which added 5386 more objects.

There are other catalogues too but, as our purpose here is astrophotography and not the history of astronomy, let’s choose some interesting objects from the Messier and NGC catalogues as our first targets in deep sky photography.

All of the objects listed in this article can be easily photographed with stock digital cameras (DSLR or advanced mirrorless), but I strongly recommend using a camera modified for astrophotography. The photos will look a lot better. The third object in the list will perhaps benefit the most from using a modded camera.

For more information about specific cameras for deep sky astrophotography, I suggest taking a look at my introduction article to deep sky photography.

In terms of lens focal lengths, something between 300mm and 700mm will be a great option for shooting all objects in the article.

All of them will fit well in the field of view of a 500mm lens or telescope. A telescope would be a better option as they are lighter, cheaper, and will likely have better optics than an equivalent camera lens.

Another piece of gear that is absolutely necessary is a device for tracking the apparent motion of the skies. As you will be working at relatively short focal lengths, and you won’t need exceptionally long exposure times, a solid star tracker is enough for these objects. Some good options for star trackers include the Fornax LighTrack II, Skywatcher Star Adventurer, or AstroTrac. 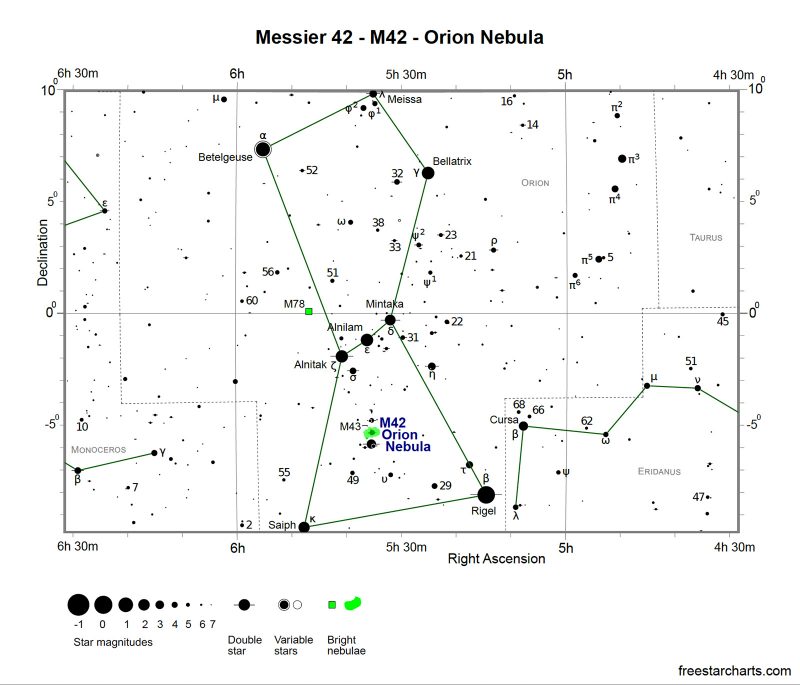 It is very easy to take a photo of this nebula, but it is pretty tough to take a great photo of it. This is because it has a very high dynamic range with a bright centre (a region known as the Trapezium), and very faint structures toward the edge of the nebula. You might have seen lots of images of M42 that have an overexposed centre.

In order to capture the full extent of the nebula, you will need to take various series of exposures with very different exposure times. I would suggest shooting the nebula at 1, 5, 15, and 30 second exposure times.

When photographing The Great Andromeda Galaxy, you also get two bonus galaxies in the same frame: M32 and M110, satellite galaxies of M31.

It’s not tough to find Andromeda in the sky if you know your way around a little bit. Photograph during autumn and early winter. 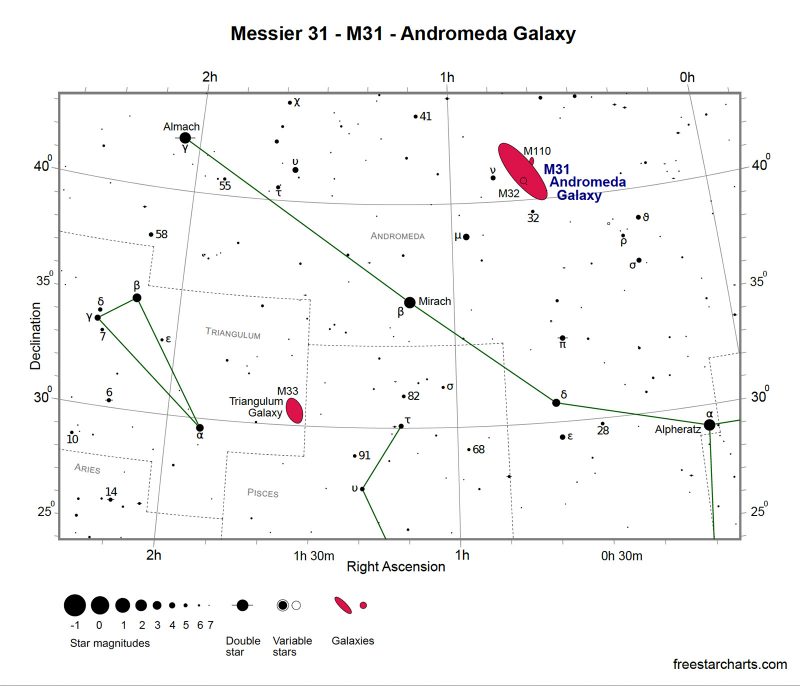 The Andromeda Galaxy is also pretty tough to photograph using only one exposure time for all your frames. Andromeda has a very bright core (visible with the naked eye from decent skies) and has some very faint and fuzzy details in its spiral arms (especially towards the edge of the galactic disk).

I would suggest shooting a series of exposures, starting at 15 seconds per frame, then 1 minute, 2 minutes, 5 minutes, and finally 10 minutes. Take more photos at 5 and 10 minutes as these long exposures will show far more noise than the shorter ones. Don’t forget to take dark frames for each exposure length.

Short exposures are useful not only for correctly exposing the core of the galaxy, but also for preserving colour in surrounding stars. I actually encourage you to shoot some short exposure frames whenever shooting deep sky. Stars will have better colours than when only shooting longer exposures.

This happens because some stars in the field will be much, much brighter than the deep sky object you’re photographing, and they will saturate the photosites on your camera sensor a lot faster than other objects in the frame.

NGC 7000 is an emission nebula visible in the direction of the constellation of Cygnus, the Swan, and is best placed in the sky during summer and early autumn nights. The nebula is very close to the brightest star in the constellation, Deneb.

It is also called ‘North America’ as its general shape greatly resembles the shape of the North American continent. NGC 7000 covers an area four times larger than the full moon. Despite this, it’s not visible with the naked eye because of its low surface brightness. 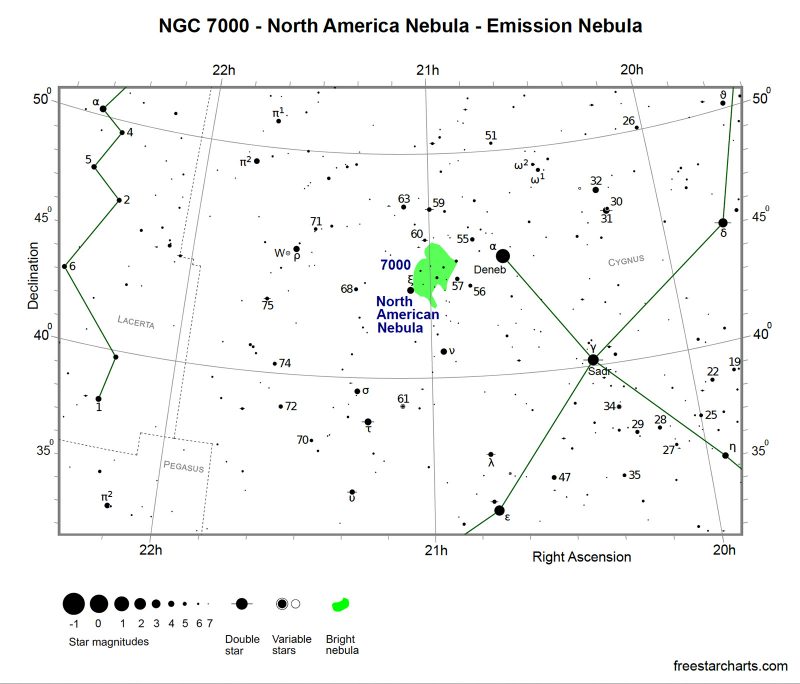 However, the North America Nebula is an easy target for astrophotographers. You can shoot it at any focal length and you’ll get interesting results. It looks great at even 50mm. Shoot a series of 5 or 10 minute exposures (the more the merrier) and then have fun stacking these and processing them in your favourite astrophotography image editor.

M8 is an emission nebula visible in the direction of the constellation of Sagittarius, close to the apparent position of the centre of the Milky Way. If you live in the northern hemisphere you will be able to photograph this nebula during summer nights. The further south you are, the better, as it doesn’t get very high above the horizon for those of us living in the north.

Out of the five objects on this list, this is probably the easiest to photograph. It is bright so it is easy to find, and at the same time its brightness is pretty evenly spread so you don’t need to do any HDR work. 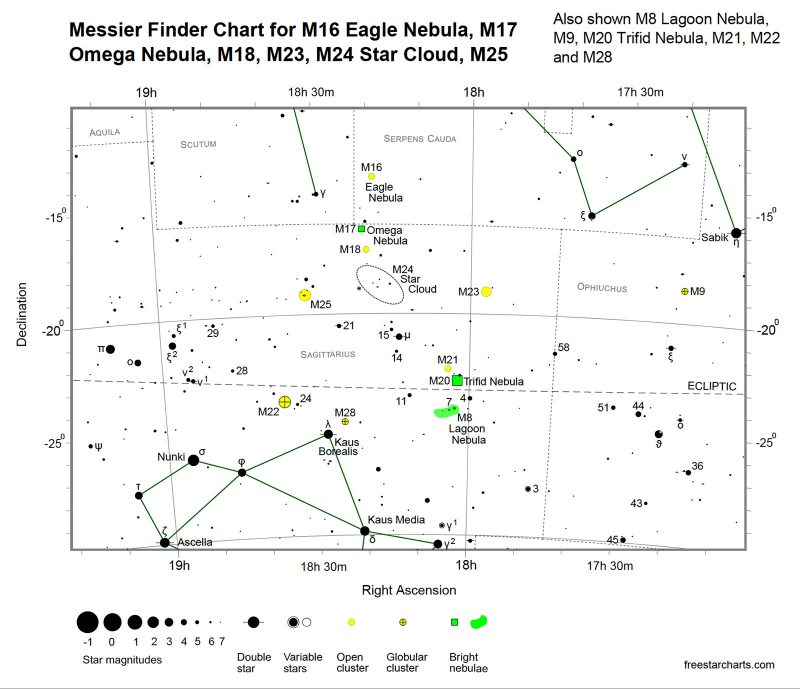 As is the case with NGC 7000, M8 will also look amazing in shorter lenses. At 50mm, it will be a small red patch in the middle of all those wonderful obscure nebulae close to the galactic core. As you use longer focal lengths, more details become visible and other colourful nebulae or interesting star clusters pop up around it.

In a short telescope, you will be able to frame M8 together with another gem found in that area: M20, The Trifid Nebula. Exposure times of 3 to 5 minutes will be enough for your first images. Go to 10 minutes for even more intricate structures in the nebulosity.

After all these objects that are very easy to spot, the fifth one on my list is a bit more challenging. All of the above objects, with the exception of NGC 7000, are visible with the naked eye. Markarian’s Chain is not. This is a chain of galaxies visible on the border between the constellations of Virgo and Coma Berenices. 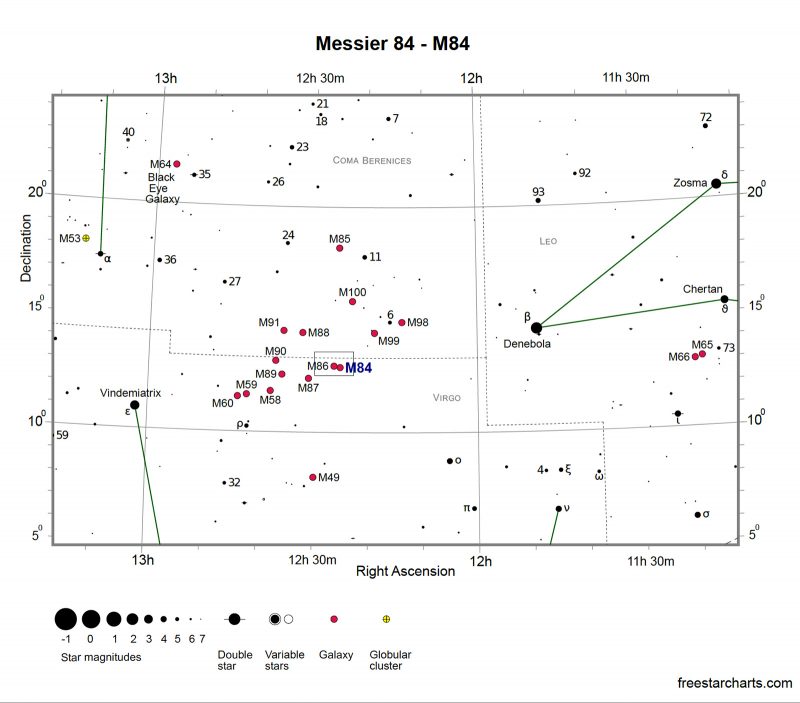 It might be more tough to find, but but this does not mean it is tough to photograph. It’s an object for spring nights. I wouldn’t recommend a lens shorter than 400mm if you want the galaxies to be neatly separated in the final image. As is the case with any deep sky object, shoot as many frames as possible for better signal to noise ratio. A series of 5 and 10 minute exposures at ISO 800-1600 would be a great choice for Markarian’s Chain.

As not all of us live in the northern hemisphere, I will add one bonus object for our readers down under (or for future travels in the southern hemisphere).

The Large Magellanic Cloud (LMC) is a satellite galaxy of the Milky Way that is very prominent in the southern skies. Easily visible with the naked eye, it is also very easy to photograph. A 70-200mm lens is ideal for this object, and I wouldn’t recommend longer focal lengths if you want to have the whole galaxy in the frame.

You can also try a wider framing that also includes the Small Magellanic Cloud, or an even wider one (at 24-28mm) that includes the dense part of the Milky Way in the constellation of Carina. There’s a beautiful nebula there called the Coalsack, and it wonderfully complements the two Magellanic clouds.

You can read more about deep sky photography in my introductory article.