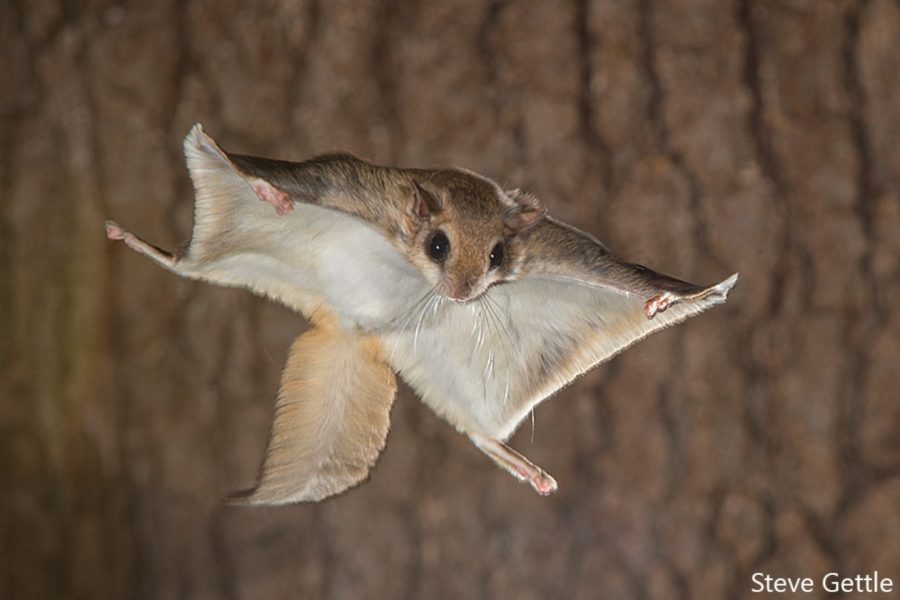 While the flying squirrel can’t technically fly, when they spread their ‘wings’ (aka patagia) and glide through the forest, we witness one of nature’s weirdly wonderful delights.

But getting a great image of this elusive rodent gliding isn’t exactly the easiest task in the world, requiring a lot of time and patience (and a few flashguns!). 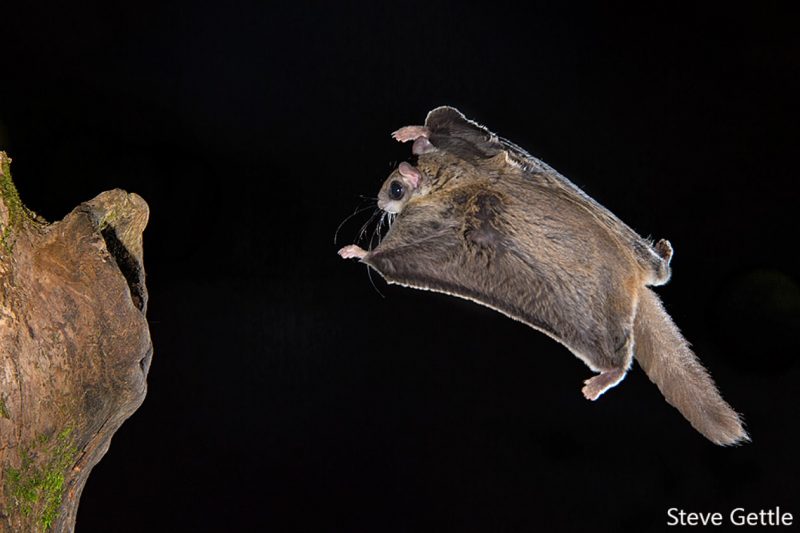 Thankfully award-winning photographer Steve Gettle had all those things to create an astounding series of flying squirrels doing what they do best. However, the process was a lot more complex than hiding out in the wilds with a lens and waiting for the perfect moment. To capture the rodent in flight, Gettle spent weeks preparing the shot using an innovative setup.

Gettle began by mounting a feeding tray to the side of an oak tree, replenishing the supply of food each evening. As the weeks progressed, flying squirrels began to hungrily exploit this new source of delicious nuts. 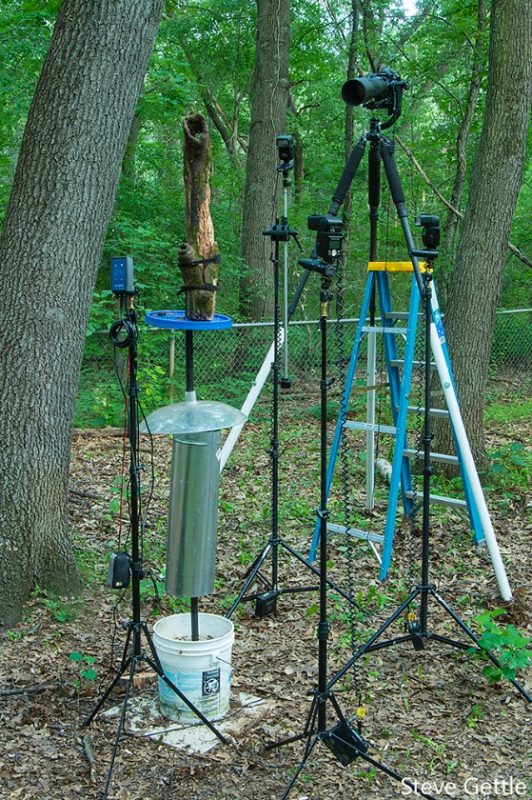 “This allowed me to do pretty standard shots of the squirrels on the trunk of the tree. Of course, that is just a tiny part of the story of flying squirrels. My real goal was to photograph them in action,” he told PetaPixel.

To do so, Gettle formed an easily-predictable flight path for the squirrels, by utilising another feeding station that they would travel in between. 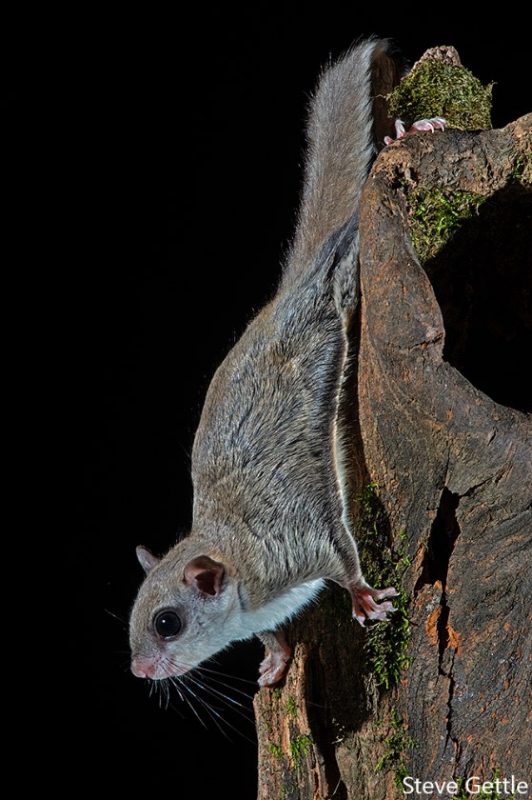 Placing a “photogenic log” as a landing zone for their gliding, the squirrels eventually began to fly between the two feeders as they were moved increasingly apart.

For the photography portion, Gettle crafted an inventive lighting setup, consisting of three lights: one main, one fill light, and a hair light behind the squirrel. This ensured the squirrels were lit from all angles, whilst being nicely separated from the background.

The flashes were all Nikon SB-600s, reduced to 1/16th power providing a 1/15,000th of a second light burst. In conjunction with his Cognisys Sabre trigger set to auto, providing him with a variety of angles on the squirrels. 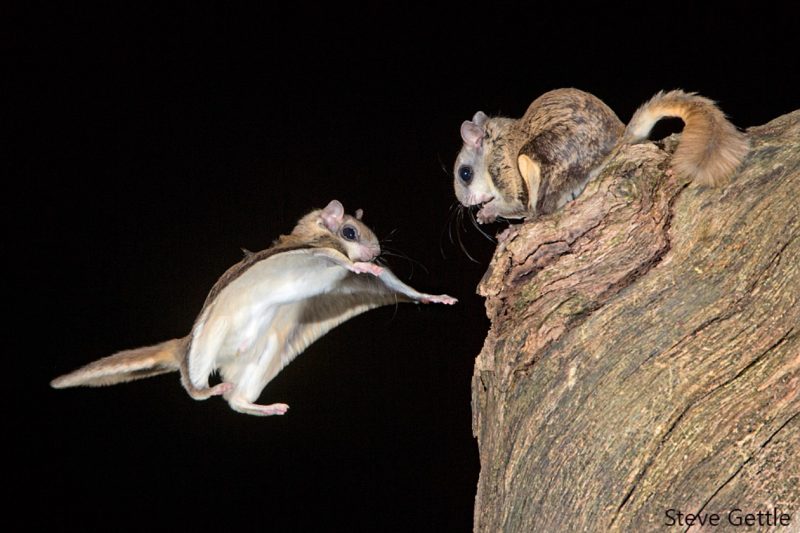 His only main difficulty was shutter lag for the image of the squirrel flying towards the lens. Here, delays in the milliseconds could potentially ruin each capture – but this was easily overcome by leaving the camera on bulb mode.

Gettle has been photographing wildlife for thirty years, exhibiting his spellbinding imagery across the world. He has also won multiple awards in renowned contests such as BBC Wildlife Photographer of the Year, and has featured in publications including National Geographic.

Feeling inspired? Read up on A Guide to Using Flash with Wildlife!