How to Make a “Boring” Bird Interesting

Many of us are guilty of striving to capture photos of only the rarer and more majestic of birds, such as eagles and other raptors. Why not? They’re extremely impressive. However, in doing so we ignore the more common species that are easily accessible. Just because something is more common, doesn’t mean that it can’t be the star of that perfect shot.

This tutorial will show you how to take an exciting photograph of a “boring”, common bird.

Take a closer look at all those amazing bird photographs you see. I can almost guarantee that the jaw-dropping ones aren’t simply of a bird sitting on a branch. That’s not to say that they don’t make for beautiful portrait photos, but they can be made far more interesting. Instead, they’ll likely show some interesting behaviour displayed by one or more birds. 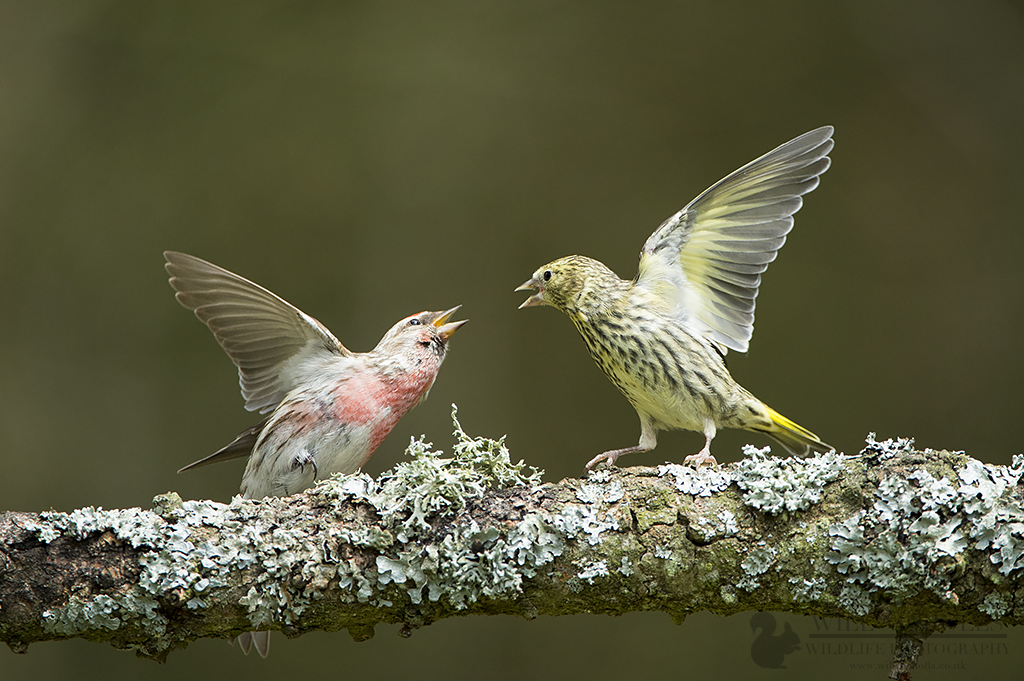 The key is to never lose focus when photographing a bird like a mallard duck. They may seem to just paddle around in a lake, but it is that quick second of flapping or diving that can spice things up. If you take your eye away from the viewfinder, you’ll likely miss the opportunity. Be patient, keep your camera trained on the bird, and eventually you will be rewarded.

As soon as they break their pattern, hit the shutter and reel off a series of shots. Mallard ducks, for example, will often duck their heads underwater a few times before rising up and furiously flapping. A quick shutter speed will freeze all the droplets coming off the duck, whilst also giving you an interesting pose with the wings. This awareness of changes in behaviour can be applied to all bird species, so make sure you stay alert and ready! 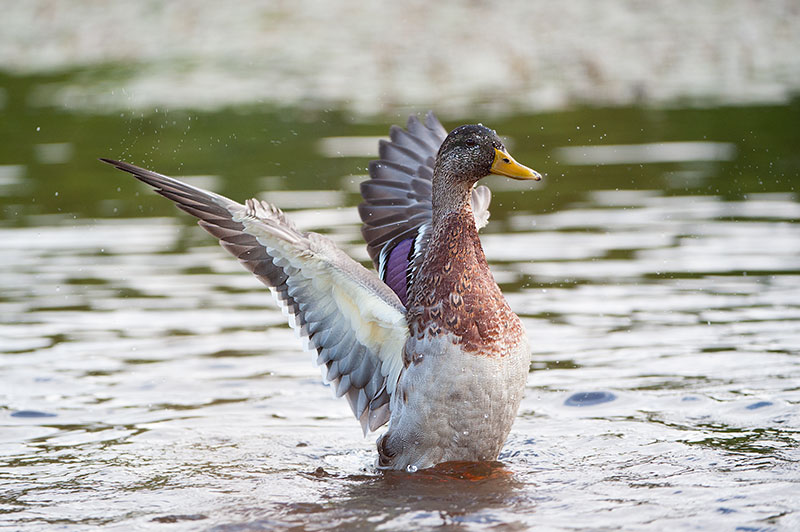 It also pays to look for interactions between the same, or different, species. You never know quite how one bird will react to another. Sometimes they’ll ignore each other completely, and sometimes they’ll do something worth photographing (e.g. fighting, playing).

The key to an exciting image doesn’t only rest with capturing interesting behaviour. You can also use lighting to your advantage, helping to create a beautiful atmosphere. Mornings and evenings can provide a lovely golden light, even if only for half an hour, when conditions are right. Using this to your advantage can add another edge to a photo. It helps to increase the white balance value of your camera to make the colours warmer.

If you’re photographing a bird on water, such as a lake, then cold, early mornings can also be advantageous for other reasons. During a cold night water vapour in the air will condense into mist and, provided there’s little or no wind, will rest on the water. A zoomed-out image of a duck swimming across a misty lake can be a real keeper. Be brave and experiment with your settings, you’ll be surprised at what you can achieve.

Be Inventive with Shutter Speeds

Don’t just stick to freezing motion with a fast shutter speed. Mix things up and try a slow shutter speed. A bird flapping its wings during a slower shutter speed (maybe 1/30 second or so) will create artistic blur. Sometimes this works well, and sometimes it creates a shot headed straight for the bin. Don’t be deterred if it doesn’t work perfectly first time, as it can really pay off.

See the Funny Side

Animals can be funny to watch at times. The ways they interact can make us laugh, but rarely is this caught in an image. This always involves luck, but that is part of the game of wildlife photography. Ducks (again, I know) can make for amusing shots. I’ve watched one particular mallard following a group around and honking in their faces. A duck with an open beak appearing to “shout” at another nearby is instantly entertaining.

Be Patient and Don’t Give Up

Like with all wildlife photography, it is important to stick it out and not give up. Don’t just sit observing your “boring” bird for a few hours; sit there for days or more. Few people get something amazing straight away, unless they’re really lucky. Perseverance will pay dividends in the end.