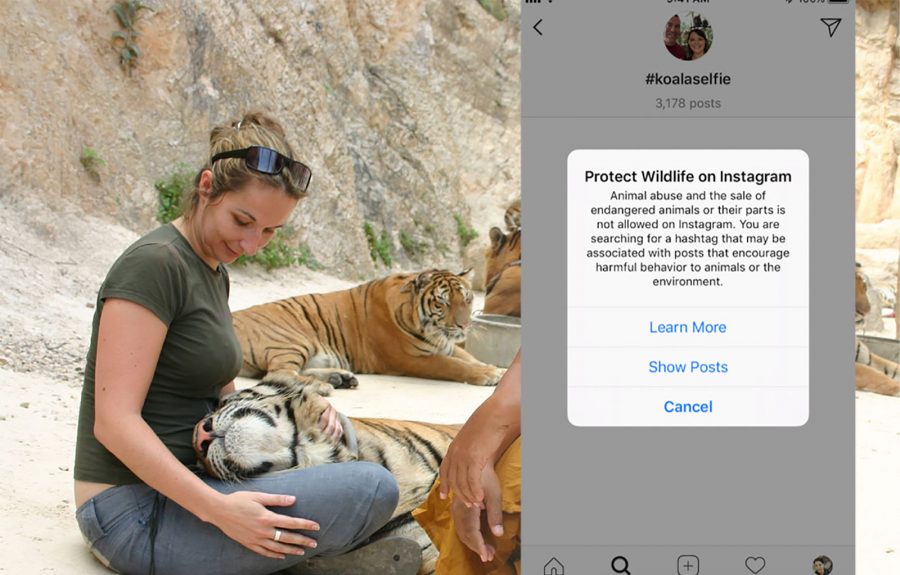 Instagram has just introduced new warnings that will appear when users are searching for hashtags that can be attributed to wildlife exploitation.

Searches for things like #koalaselfie, #elephantride, and #lionselfie will now bring up a warning screen to deter users from viewing images. Instead, users will be encouraged to learn more about wildlife exploitation instead of viewing images on the network. However, the warning can still be bypassed.

The move comes shortly after a group of high-profile photographers launched the Photographers Against Wildlife Crime project that looks to combat similar issues. 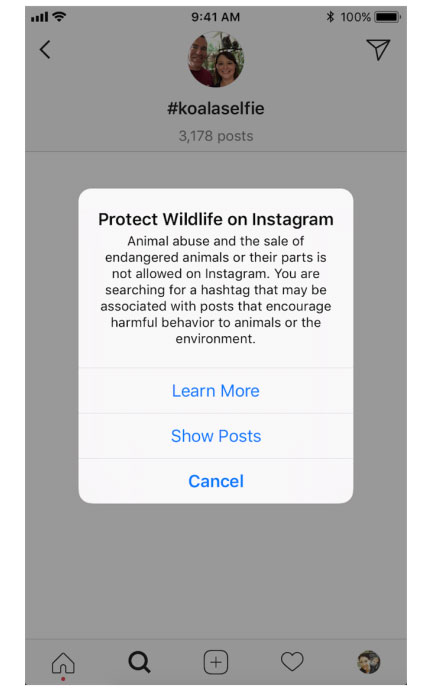 Instagram’s move is a step in the right direction for combating wildlife exploitation on Instagram. The platform is often used to share snaps from such occasions.

However, users actually posting images themselves under the hashtags will not receive any warnings about it.

An Instagram rep told Huffington Post that there are now hundreds of hashtags with the new warnings applied. The social media giant worked with 3 major conservation organizations (World Wildlife Fund, TRAFFIC, and World Animal Protection) to identify the hashtags and bring about the change.

Lead photo by S B and used under CC 2.0 license.