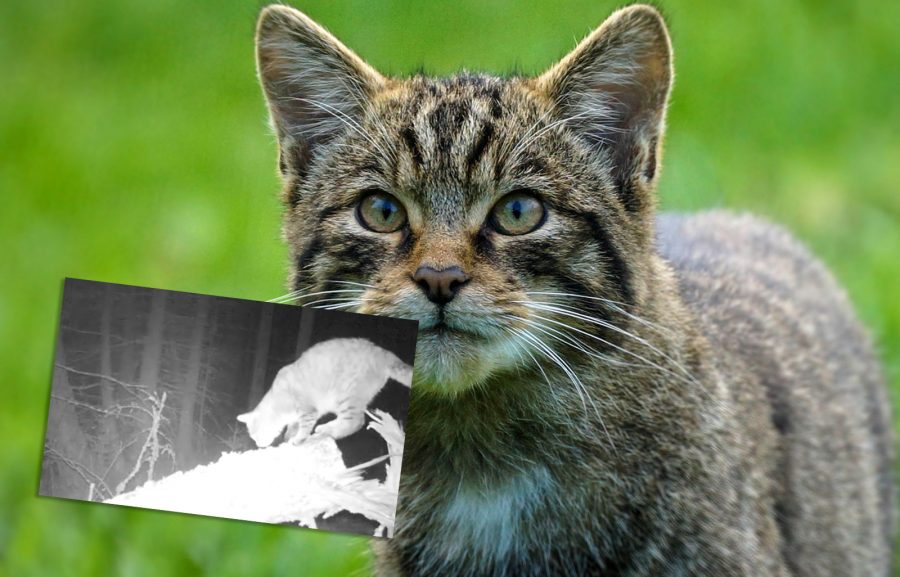 An enormous wildcat has been caught on a camera trap in Aberdeenshire, Scotland. The footage was recorded by Wildcat Haven, a project monitoring Scottish wildcat populations in Scotland, who said that they believe this to be the “largest wildcat ever recorded” in the world.

Wildcats (Felis silvestris) are a species of cat that occurs across a number of continents, with different subspecies in existence. The Scottish wildcat (Felis silvestris grampia) is considered the largest of the group, and this particular individual caught on camera appears to be over 4 feet in length from nose to tail tip. That is the largest ever recorded, according to Wildcat Haven.

Dubbed the “Clashindarroch Beast,” it’s possible that this individual has caught the imagination of big cat spotters in the area. The beautiful cat resembles domestic cats, but conservation efforts to sterilise feral cats are underway to stop hybridisation with true Scottish wildcats.

The footage was taken by Kev Bell, a field worker for Wildcat Haven. It comes shortly after the news that pine martens have been caught on camera, for the first time, in England earlier this month.

“I’ve been fortunate to get footage of quite a few of these ghost cats; there’s about 10 to 15 of them here in the Clashindarroch,” said Bell to The Telegraph. “I couldn’t believe my eyes when I first saw this cat, he is enormous, a magnificent animal.

“Some people say that the wildcat doesn’t exist anymore but we know different and wildcats like ‘The Beast’ prove it.”