Pine Martens Caught On Camera in England for the First Time 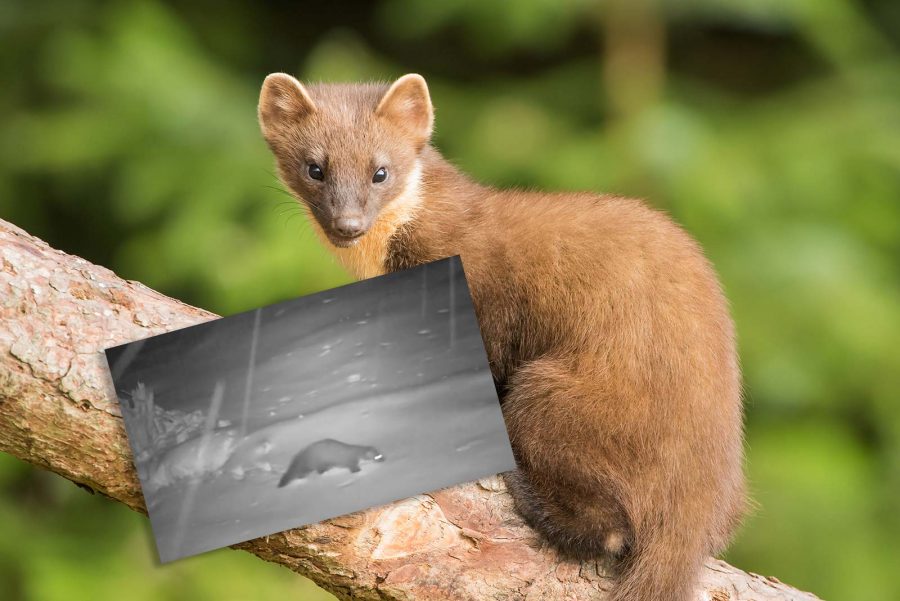 The pine marten was once the second most common carnivore in the UK, but deforestation and predator control saw their numbers reduced massively. Seeing a pine marten has been restricted to those who strike lucky up in Scotland, with only rumours of their recent move back across the border to England indicating a possible comeback of the charismatic mammal.

The Vincent Wildlife Trust has been conducting a study on pine martens for over 30 years, monitoring their distribution and range expansion within Scotland. Now, however, the charity has captured the first ever images of a pine marten in Northumberland, England. This is great news for the once persecuted species, and could also be good news for the red squirrel (the spread of a predator for grey squirrels is surely a good thing).

The footage lasts for almost a minute, captured with a Bushnell trail camera, and shows a pine marten foraging on the forest floor. The time-stamp says the footage was captured at the beginning of March in the middle of the night, and there’s a second clip shot almost a week later in the same video.

From 0:30 onwards, you can see the pine marten making footprints in the snow – a particularly charming sight.

So fingers crossed that this marks the beginning of a comeback for the pine marten, and that could mean a new photography star is on the cards for wildlife photographers in the north of England.