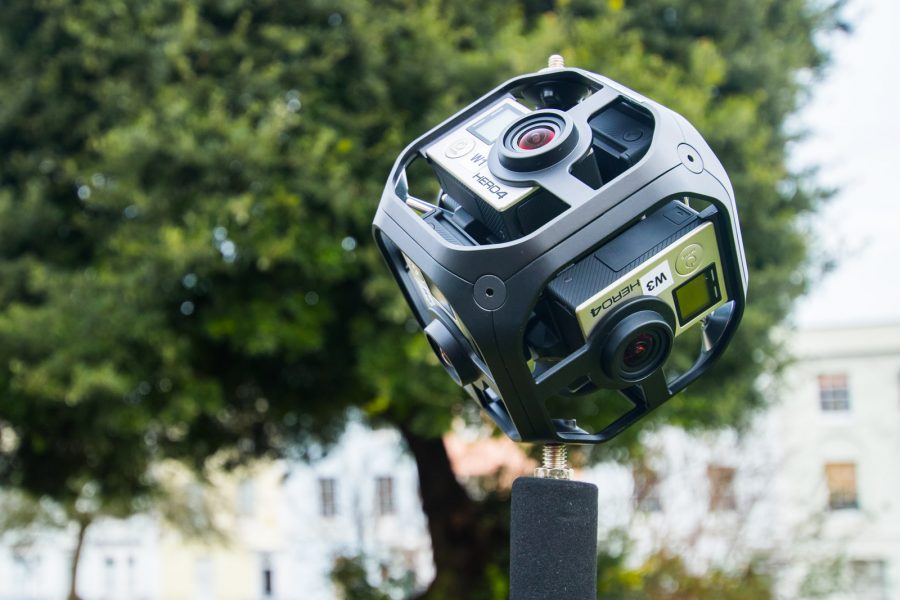 As Virtual Reality (VR) encroaches onto the historically traditional world of wildlife film, I take a look at how this transition will manifest itself. Without the sweeping superlatives that have become ubiquitous with the field, I want to take a practical look at how this new medium will enhance a hugely successful industry.

Before I get into it, distinction is key. Virtual reality is not 360 degree video; they are two different entities altogether. True virtual reality allows the participant to do exactly that – participate. They can move around within the world given to them, and interact with it. 360 degree video, in its simplest form, is a sphere of video with a linear timeline and a passive viewer. However, due to the immense technological difficulties it takes to produce anything nearing true VR with captured (camera-based) content, 360 videos are being marketed widely as VR. For example, Sky recently released a platform branded ‘Sky VR’, which in reality contains lots of 360 degree videos. You get the idea. From now on, I will use the terms interchangeably, and usually to mean immersive 360 video content.

From basic 360 2D video, up to full 3D VR, an unrivalled sense of immersion can be achieved. With the camera (and by extension the viewer) placed at the heart of the action, it is possible to intimately view the natural world from a new perspective. The enhanced realism of such an experience gives film-makers the chance to increase perceived viewer engagement. Even in a passive video piece, the viewer-centric nature of VR will inherently generate a sense of connection with those watching. With this in mind, I’ve compiled a few of the pros and cons that wildlife film-makers will face as they branch into this new medium.

A growing problem seen throughout television media is the so-called second screen. Evermore producers are creating ways to engage the viewer both with the primary screen (the TV production itself), as well as the second screen (the phone in the viewers hand). These techniques range from new intriguing soundscapes to draw the viewer back, to an embrace and utilisation of social media as seen on ‘Hugh’s Fish Fight’. With VR content, there is no space for this second screen. This has the benefit of first not detracting from the content, but multiplicatively increasing engagement with it. With film-makers attempting to generate emotion in their audiences, the lack of distraction is to be welcomed.

The practicalities of VR filming techniques necessitate the use of wide-angle lenses and a close proximity to the subject. This new angle will provide audiences with a new perspective of the natural world. This is not to say the perspective is better (it is certainly more difficult to achieve), but in this emerging industry, the telephoto is to be resigned to the shelf. One thing that is easily impressed by such close proximity photography is a sense of realism. It is this realism and sense of place which is the major advantage of Natural History VR over conventional linear small screen production. Add to this audio mixes which have been recorded and edited to provide a full 360 spatialised soundscape, and even the most severe sceptic cannot pretend that VR will provide something new and fresh to the field. This is not to say the importance of story is diminished, but the foundation in which the story can build on is that much more impressive.

‘Subject proximity, sense of place and spatialized soundscapes all contribute to the immersion of VR films.’

In the last few years, as technology has improved, wide angle shots of animals have emerged as a recent innovative trend in the wildlife photography industry. This is an area that VR will collaborate with, both in terms of shot style and shooting procedure. Camera trap and remote photography traditionally are used to achieve shots which are difficult to film conventionally, and in VR everything is difficult to film! To be added to the difficulties of predicting the presence of our animal subjects, habituating them to the camera setup and protecting your kit from the elements, the camera operator must be hidden from the 360 view. Even in our most simple shoots, we find ourselves having to innovate and adapt techniques which are commonly used in the remote cam and trap industry. Anyone who has a firm grip on the technology will have quite the jump on the field.

As a conservation tool, Natural History Virtual Reality promises to be the most powerful tool yet. Short of visiting areas of concern and viewing first hand, VR provides the best chance of changing perceptions through a lasting emotional impact. Putting the viewer in the shoes of those in plight is becoming ever more common (Greenpeace and iAnimal, for example), and when well produced the impact on the audience can be deep. Although it is often joked that the ‘C’ word is banned in commissioning meetings, there is both an increasing pressure and appetite for conservation content, which I predict VR will successfully help to satisfy.

As an education tool, NHVR also has a lot to offer too. The best way to learn about somewhere is to go; only so much can be garnered from books. By transporting people to the location itself, the baseline engagement with the subject is enhanced. Multiple graphical techniques can be used to enhance the video further, adding information and engagement. Compositing stock/archive/purpose recorded footage, as seen in the ‘Planet Earth II: Mountains’ 360 video on BBC Earth’s YouTube channel for example, has been proven to successfully integrate old and new mediums, bringing the familiar to the novel.

Game engines also add another world of possibilities. With the addition of even the most rudimentary engines, great levels of interactivity can be added. These can be used for a myriad of uses, from increased immersion to triggering of content. It is these such advances which open Natural History VR to new depths which can’t be accessed in conventional linear content.

First and foremost, by capturing the entire environment, a more accurate representation of the natural world is depicted. Even passively, this conveys a more honest account of the surroundings. Of course this does diminish the artistic/storytelling licence of the producing party, but these are restored in other ways. Our Director of Photography, at the Biome production house, still has a job in experimenting with camera movement and camera positioning, and the potential for video effects in post production is enormous.

For me especially as a sound mixer, the application of spatial audio opens multiple new avenues. Ambisonic recording and mixing techniques give directors the ability to lead audiences with their ears as well as their eyes. For example, we have extensively experimented with subject placement in our productions, and utilising spatialise audio mixes to direct the gaze of the viewer. Not only this, but spatial audio adds another level of believability and immersion not achieved by conventional content. A soundscape that moves with the reference frame of both the viewer’s head and the video they are watching is one that convinces a reality.

As a Natural History devoted production house, we have kept a close eye on how the evolving VR industry will portray natural history. We believe that in order for the medium to evolve fully, people need to move away from the novelty that 360 brings, and move more into how it can be utilised to show what is not possible on a TV or laptop screen. We have found the challenge large, but not insurmountable, and with continued development of techniques and technology, we truly believe that Natural History VR has the potential to impact people in a way traditional content cannot.