It’s Time for the Truth About Wildlife on TV 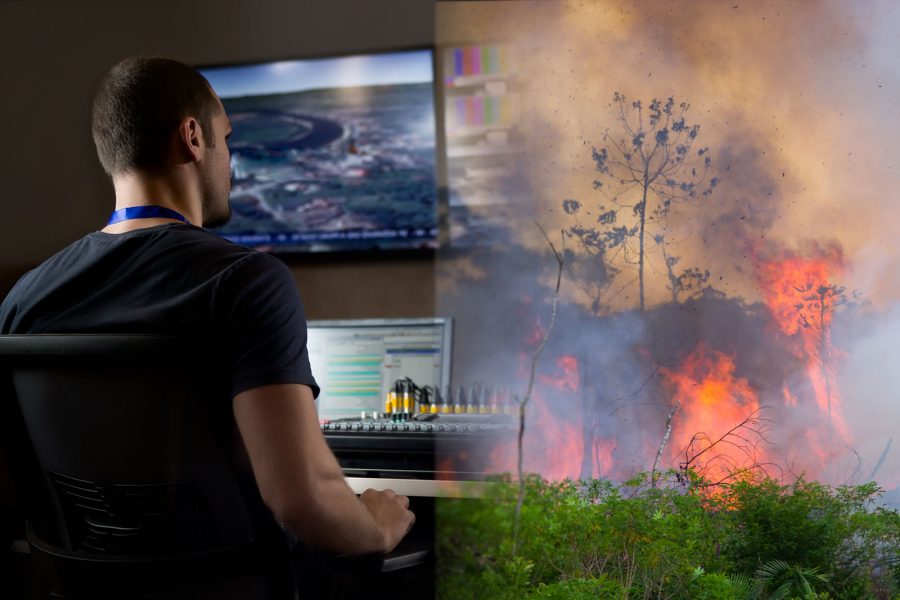 Sometimes you have to push to make a film because it feels like the right thing to do, even if there is some doubt from others that it will work as you see it.

That’s how I felt when making my latest piece about the Hoo Peninsular in North Kent, which you can watch on BBC iPlayer. Thankfully, I had great trust and support from the BBC Springwatch team who let me free to see what I could create.

By the response I got from viewers, it seems it is one of the most, if not the most, popular short film I’ve ever made – and I’ve made quite a few. But it’s left me wondering… why?

After some thought, I think the simple answer is it told a truth about our landscape to a viewing public that was ready to hear it.

So much of our wildlife programming is full of wonderful science, emotive stories about baby animals and dramatic hunting scenes with impressive predators – and it all makes for great entertainment. But what nature series so rarely do, and they have been long berated for, is speak about the environment. This has been going on for my whole career spanning 20 years.

Yet the viewing public, especially the Springwatch viewers, are educated and aware of the threats the natural world faces. I and many other filmmakers have long argued that viewers want to hear their fears and concerns talked about, but rarely has this belief been met with interest from the upper echelons of the BBC.

They want to keep nature as entertainment, and the environment as news.

I just don’t think this works anymore. Viewers are left feeling a little bored and hollow, cheated that they’ve seen the same old stuff over and over again. But they have no other wildlife telly to watch, and so they are held captive and thus the Commissioner’s viewing figures seem to support the idea of “no serious stuff please”.

But surely we need to integrate the environment and nature far more closely to really please the viewers of today. You don’t get a wildlife magazine with no mention of environmental issues; it will be a mix of everything, and so should our TV programs. TV is getting it wrong. It’s stuck.

Some may say you can’t do both, well that’s just lazy and unimaginative. Now more than ever as film makers we need to be getting messages out about what is happening to the natural world. But commissioners are scared of losing viewing figures if a program is all ‘doom and gloom’ and preachy. The word conservation or environment sends them running. Just give the viewers nice fluffy animals, that get people watching, totally safe, no switching off.

Is that public service broadcasting? Not in my book. It’s ratings chasing and sticking your head in the sand. I’ve also heard the argument from BBC commissioners that UK wildlife has been totally covered and we don’t need any more. Really? We have three magazine shows: The One Show, Springwatch, and Countryfile. They can be quite similar if not careful, and address issues in brief bite sized chunks. Countryfile can be good at getting a mix, but it rarely has time to do things justice.

Where is the stunning, in-depth, long form wildlife series that explores the truth about what we’ve done to our once wonderful countryside and shows how nature is coping? Where is it? Because I don’t see it. We need to tell the story of our changing world, to show what is going on each year as yet more species fall into decline. We need to tell the new natural history of our countryside; not keep trying to promote the old one and hang on to a long gone idyll to please the viewers. I just don’t think it’s enough.

Where are in-depth wildlife series that explore the truth about what we’ve done to our planet? Click to Tweet

To give the commissioners some encouragement, I say that a new truthful approach certainly wont be all doom and gloom; it can be beautiful too, and I hope my film on The Hoo shows that. There are real success stories out there, often in weird places like our towns and cities.

But as a landscape I don’t recognise ‘The BBC Countryside’ as the place to go and see wildlife anymore. Humans have laid waste to that, decades ago, and there is now a new wild to understand. A place of edgelands, of wastelands, of nature reserves trapped in a sea of industry, of rewilded land springing like a phoenix from the fire and giving hope for the future. That is the landscape I want to talk about, to watch on TV.

We need to be truthful, and in that truth I think the BBC could find a huge audience who have been waiting for years for a wildlife TV series that confirms what they know, that the old is gone and a new natural world is here.

The viewers know that all this fluff is just that: fluff. They are ready for a more intelligent, broadly reaching story to be told about the future of nature that is happening all around us.

My film about the Hoo Peninsular struck a chord because it told us who we are and how the natural world is coping in today’s realities, I am just so frustrated that all we can do is offer you 5 minutes of that truth, before normal safety nets are restored and the soma pills of pretty animals are once again plugged into our televisions and we’re told to tune out of a future that every other form of media, from radio to books, is successfully running with – running ahead and over the hills and far, far away from the TV schedulers asleep at the wheel of responsibility to the natural world.