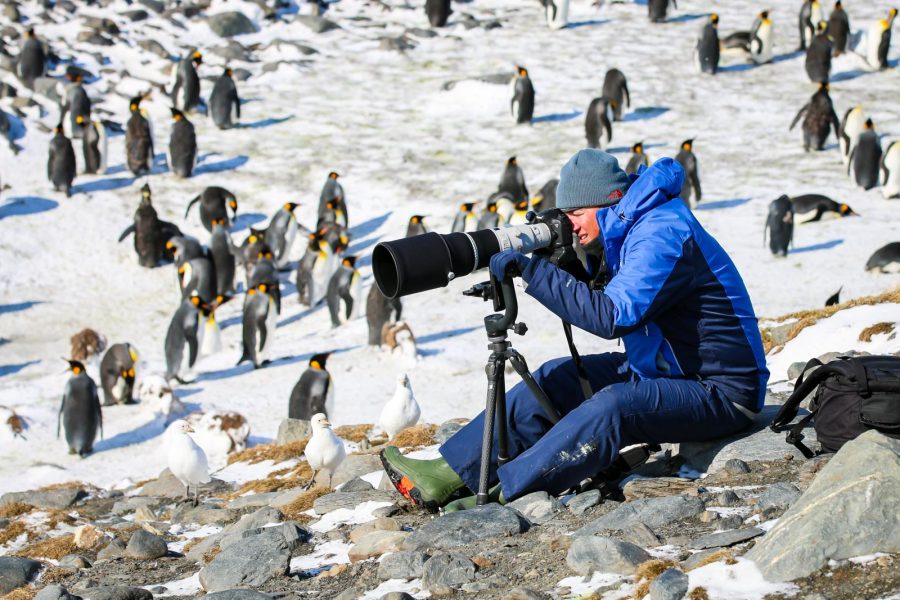 USA photographer Dennis Stogsdill has been crowned the Nature TTL Photographer of the Year 2022, taking home the £1,500 cash prize with his image A Cat and Its Prize.

The 2022 competition saw over 8,000 entries from over 115 different countries, but it was Stogsdill’s image of a caracal and its colourful prey, captured in Tanzania, that caught the attention of the judges. You can view the other winners in our full announcement.

We took this opportunity to chat with this year’s Nature TTL’s Photographer of the Year and learn the story behind his image.

When did you first get into nature photography?

But since 2015 I have been travelling the world extensively in search of wildlife.

What’s the most unforgettable moment you’ve had behind the lens?

This is difficult to answer because I enjoy all aspects of it – whether it be an epic sighting like the caracal or just watching elephants.

That said, some highlights would be witnessing the great migration, spending time with mountain gorillas, and photographing my boys playing sports.

What is the key driver that keeps you motivated to photograph wildlife?

I just love the therapeutic aspect of it – watching wildlife in its environment and predicting behaviour correctly is always a thrill.

But nailing the shot gives me an adrenaline rush every time.

Were you surprised to see the caracal hunting flamingos?

Extremely surprising and by all accounts this has not been witnessed in the field before. 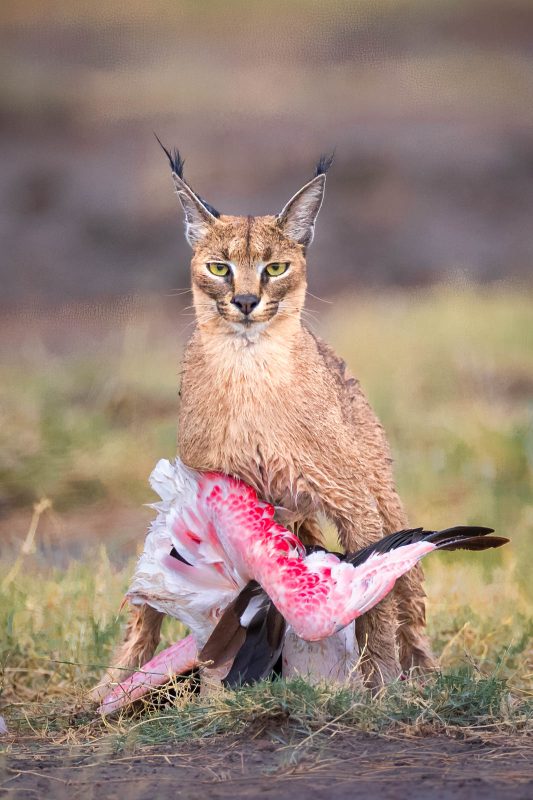 How did the hunt play out in front of you?

We received word over the radio of a serval near Lake Ndutu and one of my friends was very keen on seeing it so our driver rushed over to the area.

We quickly realised “that is no serval, that’s a caracal!”. 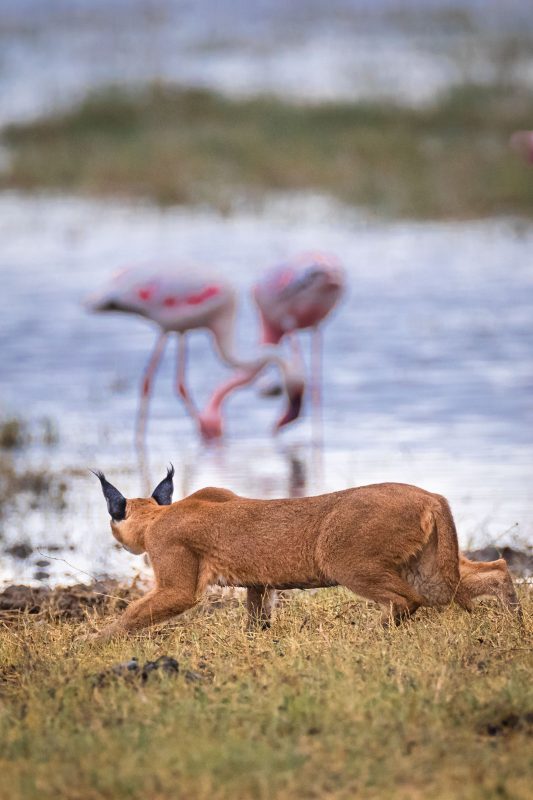 Seconds later we could see he was stalking several flamingos feeding along the shore of the lake. 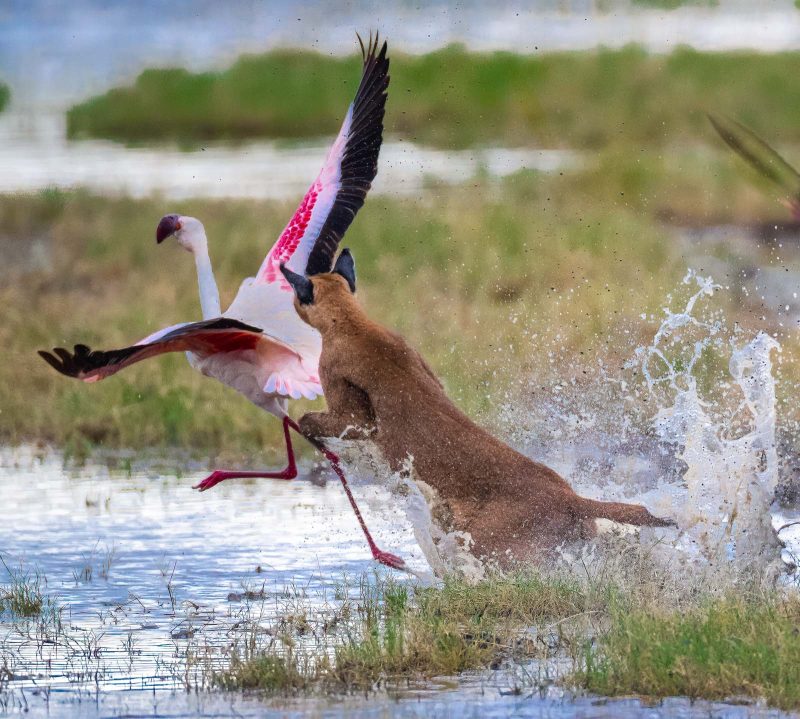 It was only minutes later that he rushed into the lake, leapt through the air and grabbed the defenceless bird.

Caracals are notoriously difficult to capture. Do you have any advice on how to photograph hard-to-capture wildlife?

You need lots of patience and effort.

Your image ‘’Tickled to Death’ was awarded Highly Commended. What is the story behind this image?

This was clearly one of my top safari experiences. We were watching a male lion court a female while she was stalking wildebeest, but the male’s efforts thwarted her ability to hunt.

So she was annoyed and headed off over the ridge.

The male considered his options for a few minutes and decided to pursue her again, but as he walked away he noticed a young hippo grazing a little too far from its water source. 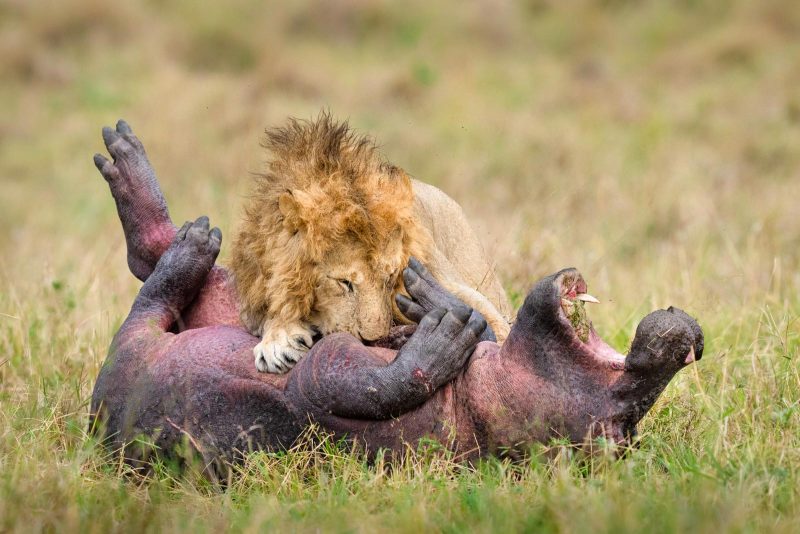 After a short stalk, the male lion jumped on the hippo’s back and took him down. Because of the girth of a hippo’s neck and the large thrashing teeth, the lion could not suffocate it, so he started to eat the hippo alive.

In this shot, it appears the lion is tickling the hippo but I can ensure you it was anything but a pleasurable experience for the hippo.

Do you feel it is important to showcase the raw reality of nature through photography?

Nature is beautiful and brutal at the same time and I strongly believe it should be shown in all its glory whether it’s hard to look at or not.

What advice do you have for photographers looking to enter the 2023 Nature TTL Photographer of the Year competition?

Get out there and shoot!

Where will you be heading for your next photography adventure?

As we speak, today I am heading into the Pantanal of Brazil with the same friend I shot the caracal with, so we’re hoping for the same luck!