David Plummer: From Amateur to Professional 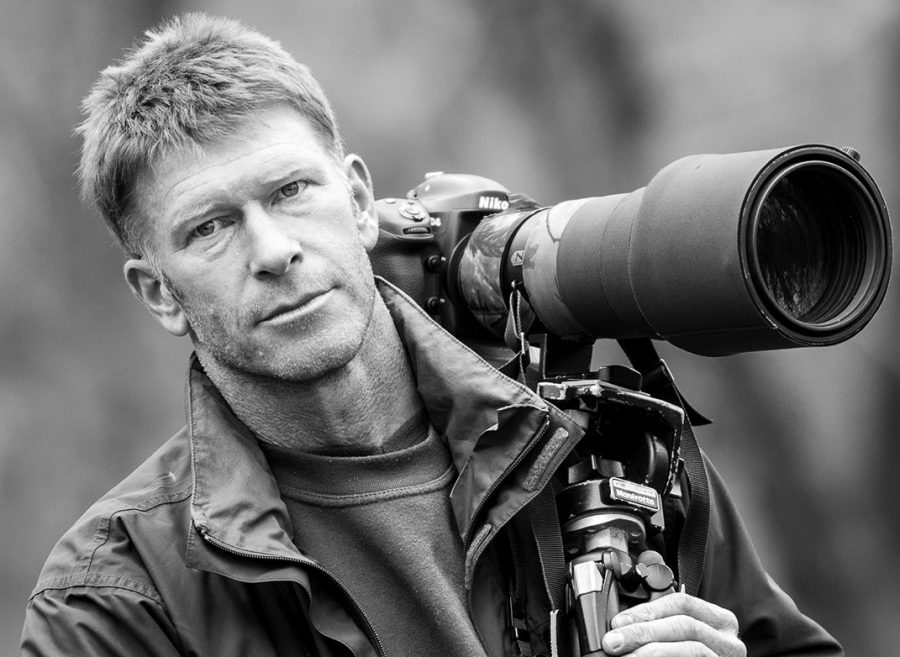 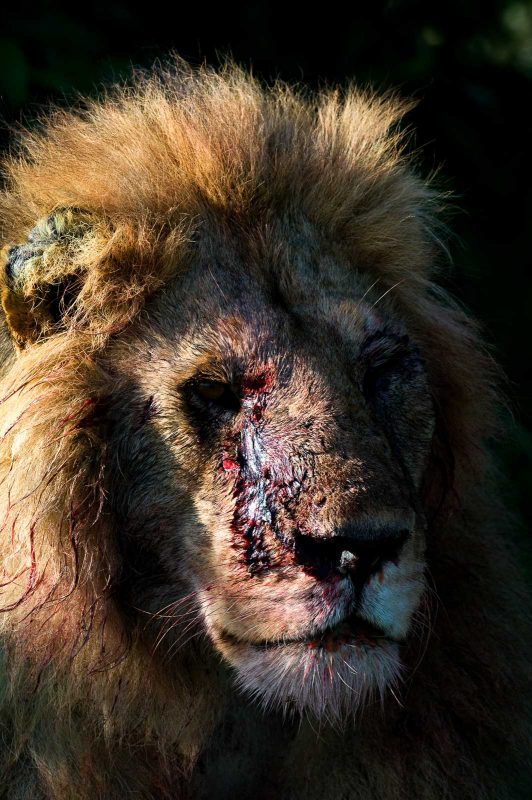 David Plummer is a wildlife photographer and conservationist who runs a number of photographic and non-photographic hides and safaris, including expert-guided safaris for owls, kingfishers, deer, and badgers. He guides and is a wildlife consultant for many international television crews, and films for BBC Springwatch. 2017 saw the publication of David′s best-selling book 7 Years of Camera Shake.

I have always been obsessed with wildlife since my earliest years; one of my first memories as a toddler was playing with woodlice. It continually developed from there into an obsession, and I used to spend days laying next to the garden pond, breeding butterflies, and keeping small mammals such as wood mice in a vivarium.

I think my mum realised my obsession when I was in trouble at the state of my bedroom and we were clearing it together. We found a frog, alive and well, under one of my Airfix boxes!

Moving into photography was a natural progression and was in fact the means of trying to communicate what I was seeing that other people seemed to miss. I remember Eric Hosking, one of the earliest bird photographers in the UK, was interviewed on BBC Radio 2 one afternoon and I was transfixed by his stories. Consequently, I negotiated with a friend of the family who was selling a Prinzflex 35mm SLR along with a 135mm lens and a 3x converter. 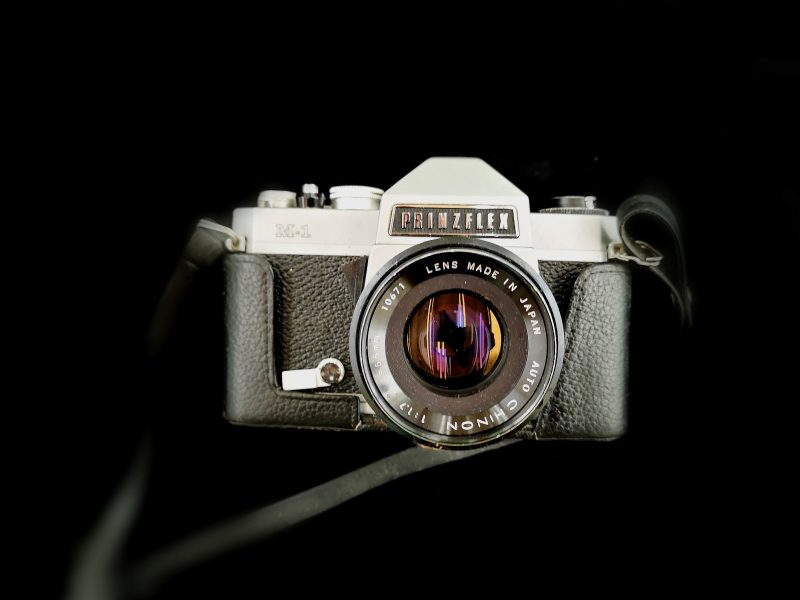 I think Prinzflex was Dixon’s own brand version of Chinon. And here started my journey. The camera was fully manual, no autofocus, no program modes, but essentially the same design as any SLR now.

I knew nothing but embarked on projects around my parents’ garden. I photographed anything I could find – really badly. But I was ambitious and, even with the limited equipment I had, wanted more from my photography.

I remember finding a blue tit nest in an oak tree, so I just nicked one of my dad’s canvas tarpaulins and cut a couple of holes in it. I think it was with his permission as it was an old one! I hung it on a couple of branches close to the nest hole and photographed the adult birds stopping on the edge prior to going in.

I still have this camera and lenses, and I am setting up a chronological display case of my progression through the camera world.

I think I’ve taken a brave step in showing you truly one of the very 1st images I ever took – at about the age 7 or 8 – showing a blue tit flying out of a nest box. 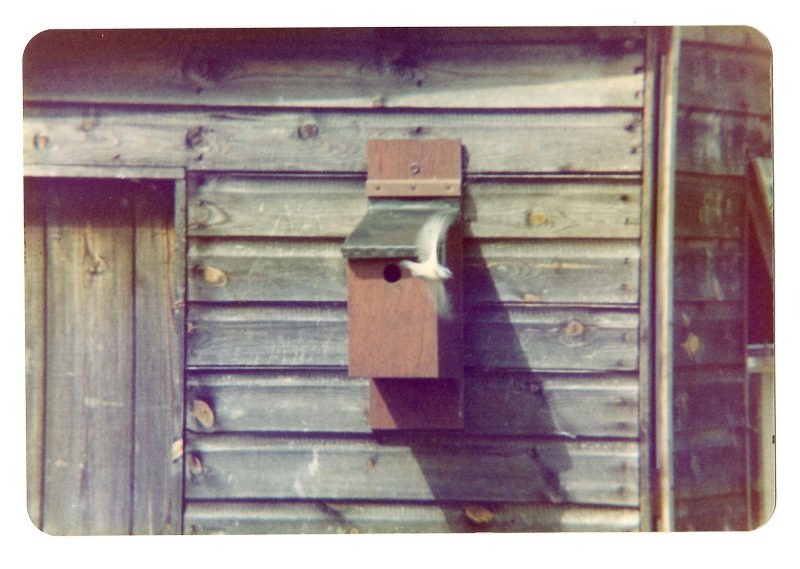 I probably thought it was great when I took the image, yet I will share with you my impressions once I got the images back.

Even at that age, I was realistic and wrote what I thought was wrong with it!

Show us a more recent image for comparison.

Related to the blue tit shot, the image of the little owl flying in shows hopefully a slight improvement! 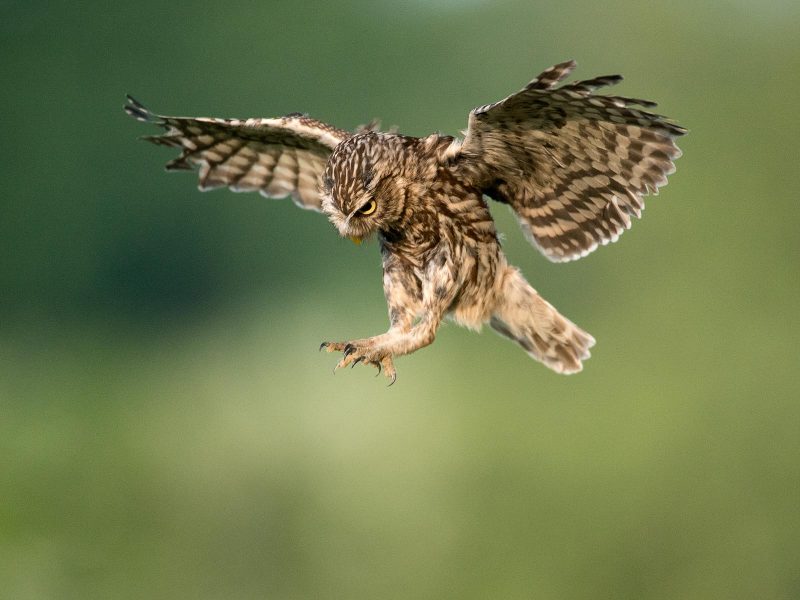 Tell us why they are your favourites and what made you so proud of them at the time. How do you feel about the older image now more time has passed?

Certainly time has passed, and with that a lot of experience. I obviously feel that the original image is totally substandard, but what is important for any aspiring photographer feel is to always be inspirationally dissatisfied with some of your work; meaning instead of “that shot didn’t work, I give up” rather it should be “that shot didn’t work, so how do I make it work [next time].”

But I was in British deciduous woodland in beautiful May, my favourite month, photographing bluebells and other wildflowers. I was using Fuji Velvia transparency film stock – blues and greens so good you could taste them and I was getting reasonable results. And it was there, kneeling in the wet woodland, that I thought this is what I want to do.

I think in honesty, there have been several turning points, and several eureka moments. Openness to this continual learning curve of photography, especially wildlife photography, is essential to progress personally and professionally.

I confess I’m always on YouTube looking at how other people do things. However, one important moment was reading John Shaw’s Close-ups in Nature published in 1987. Looking at the book now, there are scribbles where I have highlighted certain paragraphs that had a particular resonance to me. I have even written in one place “this is brilliant!”

One area I have visited repeatedly since 1998 is the Pantanal region of Brazil. It’s a huge marshland region half the area of France, but it is rich in wildlife – from birds to Jaguars.

I was so short of money, I used to earn my keep at some of the lodges by guiding English-speaking tourists. I was still on transparency film using a Nikon F70, which I no longer have, as two men with guns relieved me of it in Rio de Janeiro! But that is another story. 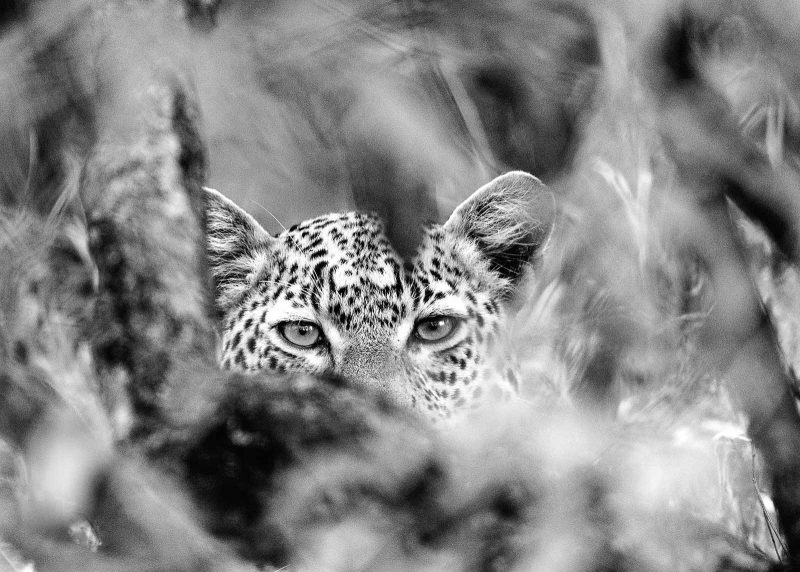 On my 1st visit to the Pantanal region I photographed everything, but I was always on foot and had no hide with me and only sporadic use of a vehicle. But I had articles published from it, which I look at now with some embarrassment as I think the images were cold and uninspiring.

However, I have returned to the region so many times now using hides (and vehicles as hides), as well as developing local friends and contacts (which is essential), and having a much better idea of what editors want or how images work.

I hesitate to say this, but sometimes there are formulaic changes you can make to an image to improve it. By systematically encompassing these changes into your work pattern, they then become a habit – and once that habit is developed, you find you are free to branch out more creatively and artistically. 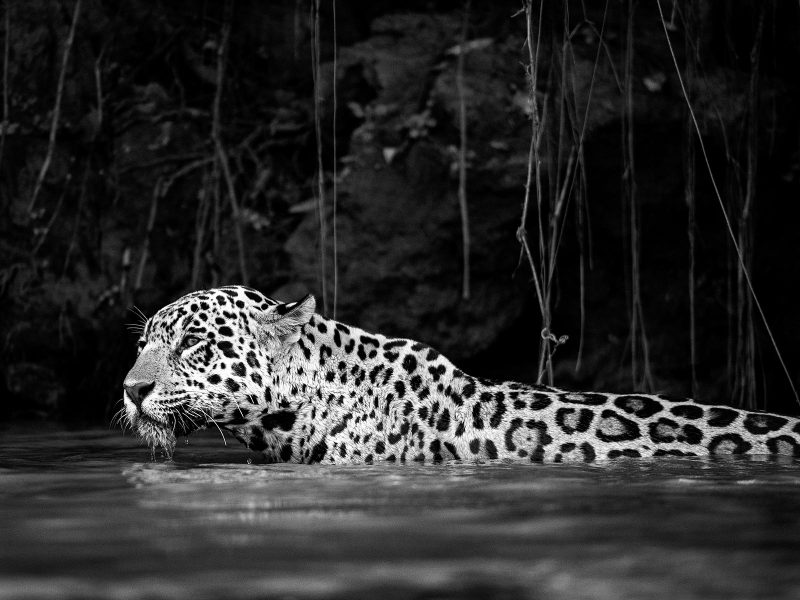 Additionally, the technique of trying to walk up to a wild animal and get a shot is generally pretty sub-standard; use hides, camouflage, and good fieldcraft to get killer shots. In today’s competitive market, only the best or different will probably earn you a living.

Buy good kit, but an awful lot less of it.

The biggest challenge, initially from a professional point of view, was gaining recognition by editors. My biggest challenge now is editing. I am so busy shooting, that I have many hard drives full of images that have yet to be touched.

I remember the first time I opened up Adobe Photoshop – I didn’t have a clue what I was doing. Slowly it has developed, but I admit I’m no master at post production. The things I would hesitantly suggest are:

What photos have you re-visited over time?

I think my tawny owl photographs are potentially my favourites, although this may be personal, as it is my favourite animal – and highly elusive and difficult to photograph. I must stress I only work with wild animals, not with falconers’ birds. Therefore, for me these shots of tawny owl are the ones which I’m most proud. 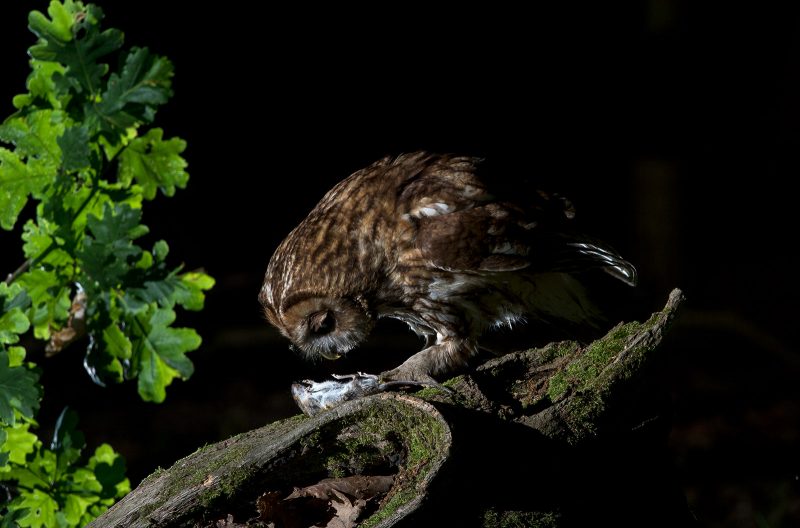 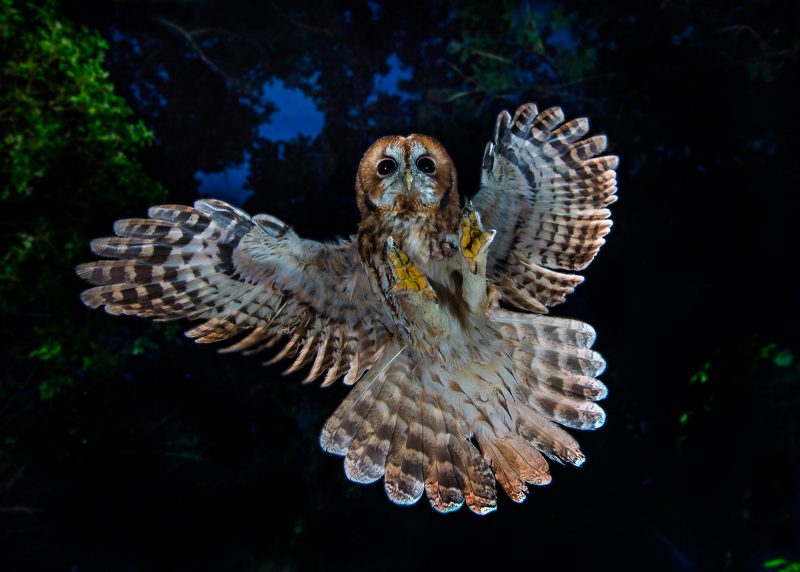 I am also enjoying producing big cat art images and producing them in monochrome. I do like my cheetah at full sprint, as well as the jaguar in water. Also, the image of the lion covered in blood after a fight is particularly resonant with me. 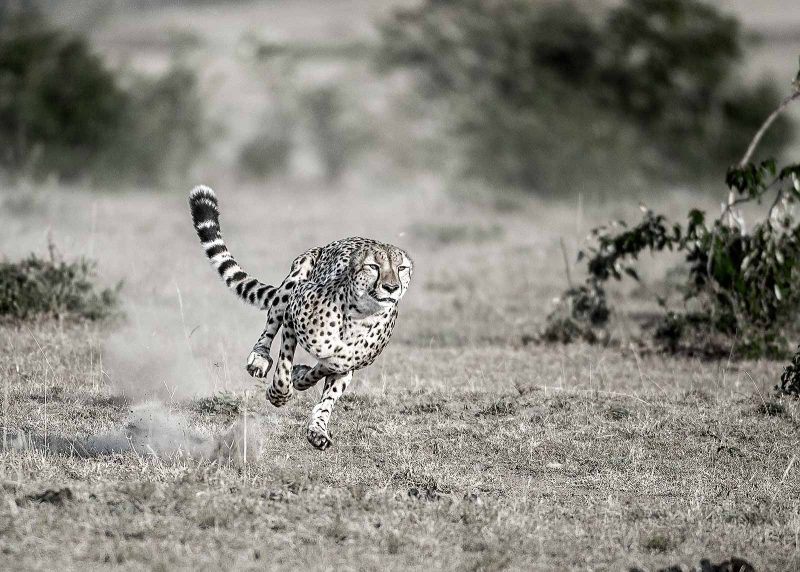 What has changed in your approach since the first shoots?

Problem solve the situation, develop good fieldcraft, and get in close. Get the shot; don’t get half the shot.

The most valuable lesson I have learnt is how to deal with rejection. If you wish to embark upon a professional career in wildlife photography, be aware it is one of the most competitive fields there is.

You will be rejected and many times. How you deal with that rejection is what can propel you forwards. Never give up.

You can visit Plummer’s website to see more of his work. For more from this series, subscribe to our free Nature TTL newsletter.