How to Create Sun Stars in Landscapes and Avoid Lens Flare 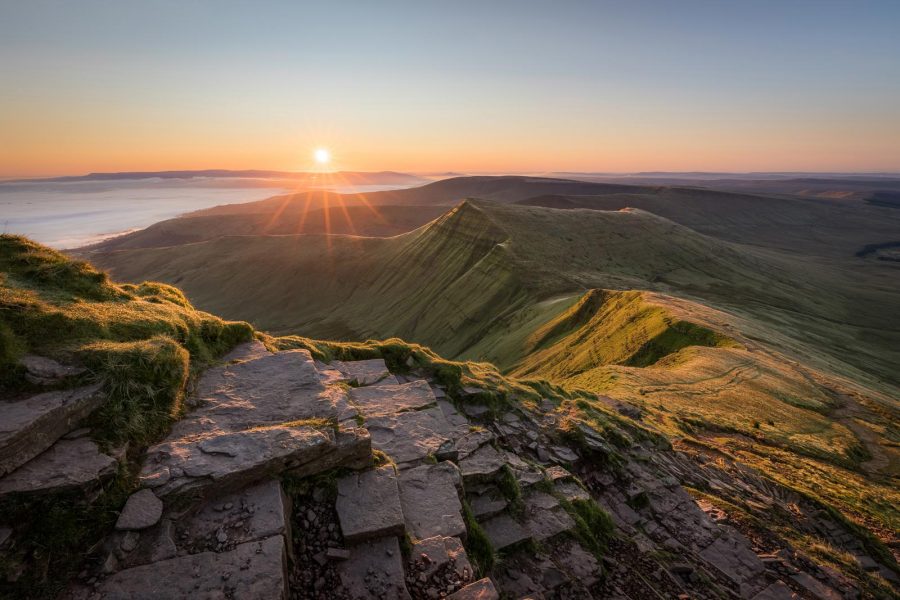 Sun stars can be a great addition to your landscape and wildlife images – adding that extra sparkle and flare creates great impact in a photo. A sun star is that typical “sun burst” you might see breaking over a hilltop. Most photographers enjoy shooting in the golden hour of the day, when the sun is low in the sky, producing stunning conditions. By adding a sun star, however, you can put a metaphorical cherry on the top of your photo. When shooting outside of the golden hour, such as around midday, placing a well executed sun star into the frame can completely transform your images from a generic daytime shot into something much more interesting! As with anything like this, use it in moderation and only add them when they’re needed rather than making a habit of it, as they can become a bit ‘marmite’ or overpowering in some scenes.

Here’s a list of 6 things you need to be aware of when creating sun stars in landscape scenes with your camera.

The biggest factor in the ability to create good sun stars is choosing the right aperture; generally speaking smaller is better here. This is where having a camera that lets you adjust the aperture value is vital, and something around the f/16 – f/22 mark is perfect for making large, crisp looking stars. For me, I find f/16 a good balance between depth of field, image sharpness, and sun star size with my lenses. Smaller apertures will also let less light in, prolonging the shutter speed, so make sure to use a tripod to combat any camera shake. Also, keep your ISO nice and low for maximum image quality and reduced visible noise.

This comparison shows f/10 and f/13, at similar focal lengths, on the same lens:

Whilst there are still sun stars in the puffin image, you can see how much more pronounced the stars are with the slightly smaller aperture of f/13.

The lens you choose to shoot with will change the look of a sun star; also, unfortunately, the more expensive lenses do tend to produce sharper, better looking stars. Not all lenses are created equally, though. Sun stars are caused by the light passing through the small aperture and being diffracted (spread out) across the aperture blades inside the lens. The number of aperture blades in your lens will determine the number of points to your star. As well as this, the straighter the edges of the blades are, the sharper the stars will appear. It’s worth experimenting with all of your lenses to see what you prefer, but wide-angles are most common for this type of image.

3. Be creative with your positioning

The best place to position the sun in any image is where it’s just peeking out from behind an element. This could be the edge of a tree, through a gap in leaf canopy, or above a distant peak. It will still work well with the sun in the middle of the sky, but if do you move around with the camera and find that sweet spot where the sun is partly obstructed by an object… then that’s when the magic happens. 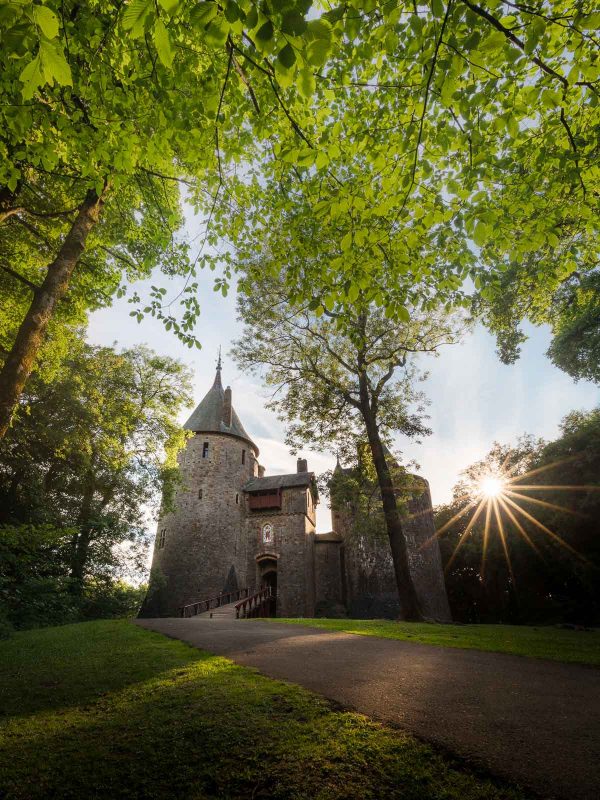 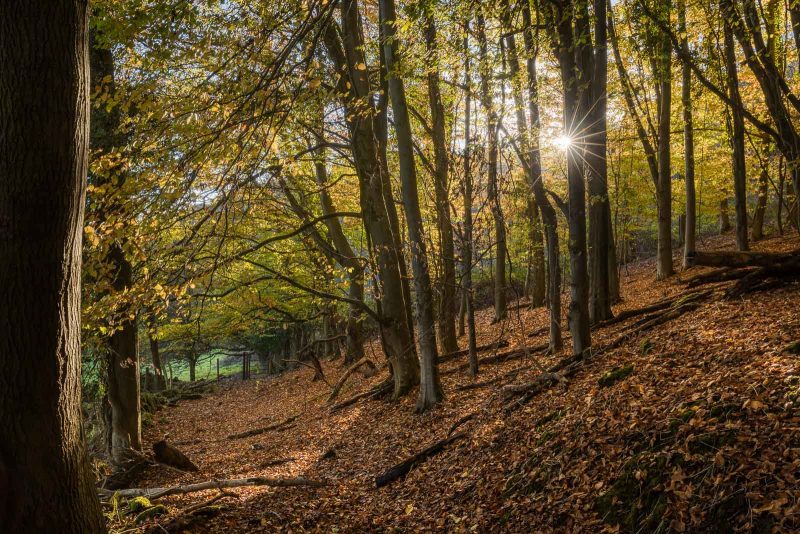 When shooting into the sun you may suddenly notice how dirty the front of your lens may be, as the dust and dirt is lit from behind, causing it to show up on the image as lots of out of focus, bright dots. So rather than cloning out hundreds of dots in Photoshop, a quick wipe with the lens cloth can solve this issue. This goes for filters too! If everything’s clean, you’ll end up with sharp star lines and a clean, clone-free image.

Read more: How to Quickly Find & Remove All Dust Spots in Lightroom

5. Live View could save your eyes!

For these types of shots I always tend to use Live View – the main reason being safety first! It’s much better to look at the sun through your screen than the viewfinder, especially if the sun is strong and high in the sky. Another benefit is you can visualise the sun star’s shape more easily by pressing in the depth of field preview button. Also, you can make small adjustments to the camera’s position for the best effect.

6. Be careful of your exposure

Pointing your camera at the brightest thing in the sky is definitely going to cause some exposure issues. For these types of images, I’ll always tend to under expose the scene more than normal to try to hold some of the highlights in the immediate vicinity of the sun. The sun should always appear white, never grey! Don’t underexpose it too much, or drop the whites or highlights in post production so far it turns the sun grey, as it will look truly awful. You want to have a small white area and nothing more blown out. This will, in some cases, severely underexpose the rest of the scene, so you’ll always need to lift the shadows in post production to combat this. 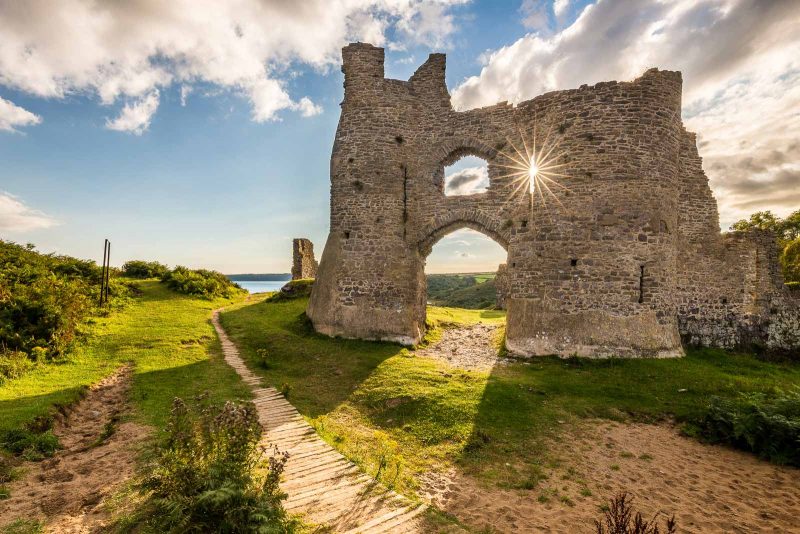 How to combat lens flare when taking sun star images

You’ve found the perfect composition, picked the aperture where the sun stars look great, and then you take the shot. When reviewing the image, though, you find big, brightly coloured blotches in opposite areas on the image. This is called lens flare – and you either love it or you hate it. In some cases, such as in Hollywood movies, you may have seen this and it is quite effective on occasion. In lovely still images, however, it’s an unwanted by-product of shooting into the sun. Even with a clean lens, it will still occur due to the what angle the sun is shining onto the lens.

One way to try to stop lens flare is to recompose your photo so the camera is looking ‘across’ the light, placing the flared zone out of shot. This is not always possible, though, and your composition may be such where it’s lost its appeal completely by doing this. In this scenario, I would opt to blend two photos together with a technique using a finger or thumb.

No, I haven’t gone mad just yet! For this to work, the camera needs to be on a tripod and use the same settings between both frames – eg. focal length, aperture, and the like.

Here is the first image showing off the lovely sun star, however we have visible lens flaring in this image: 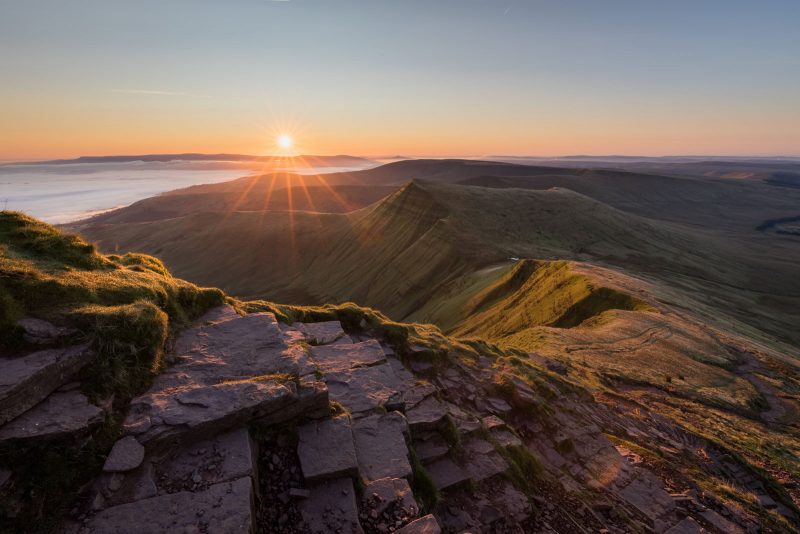 Then take a second image, this time with a finger or thumb over the sun: 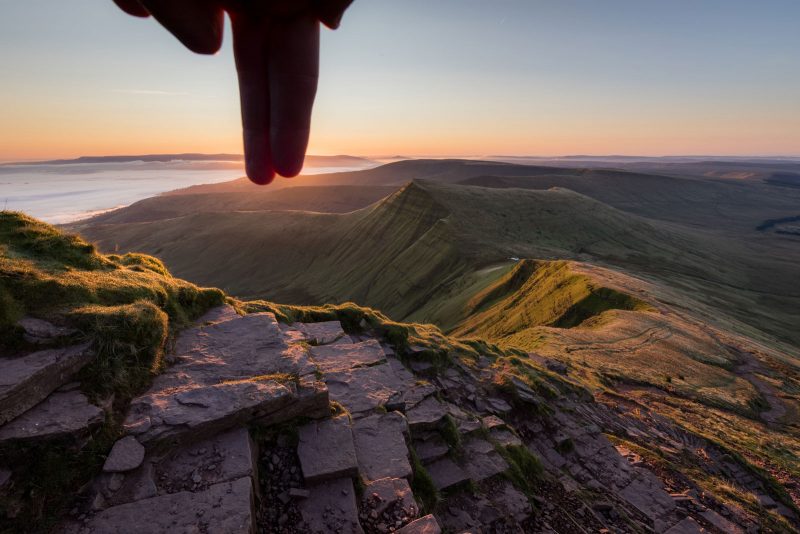 Note the lens flare is now gone! This is because we’ve blocked the sun from hitting the lens with a finger.

If we zoom in and compare these images, you can see the difference it makes. Remember, these are taken with the same camera settings and processed with the same settings too.

You can see there are lens flare marks visible on the bare lens images (Ieft). Also, the overall clarity of some areas has been affected too, with a more widespread flare.

Now, process these two images. Load the two images as layers into Photoshop (select them in Lightroom, right-click and open as layers in Photoshop) – in this case the finger photo is the layer above, and mask/erase away the offending area revealing the sun star from the layer below, resulting in the final combined image. 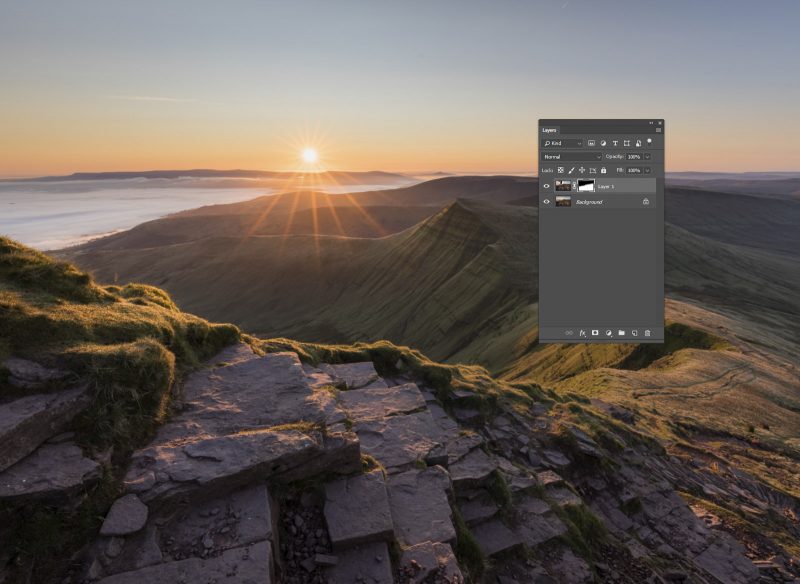 Make any further image adjustments before saving and exporting your final shot, or adding it back into your Lightroom library.

The above example is when there’s no way of avoiding the flare, so it’s a handy trick to know and it’s a lot better having this knowledge before encountering these lighting conditions. Including sun stars is not only a fun way to learn about how different apertures can affect the appearance of them on the final image, but also I feel they can add that extra sparkle to a sometimes empty image.